School bus conversions are popular for two key reasons: they’re spacious and can be very affordable.  For example, with a budget of only $4,500, one nomad from British Columbia converted an entire baby blue 1959 Ford B-600 bus into a comfortable new home-on-wheels.

Aaron found the bus on Craigslist, and rebuilt the inside using reclaimed wood.  He decorated the interior with various antique thrift store finds, in order to match the era when the bus was made, and he repurposed several items: the countertop is made from a teeter-totter that used to be in a goat pen, and his medicine cabinet is made from an old exit sign. 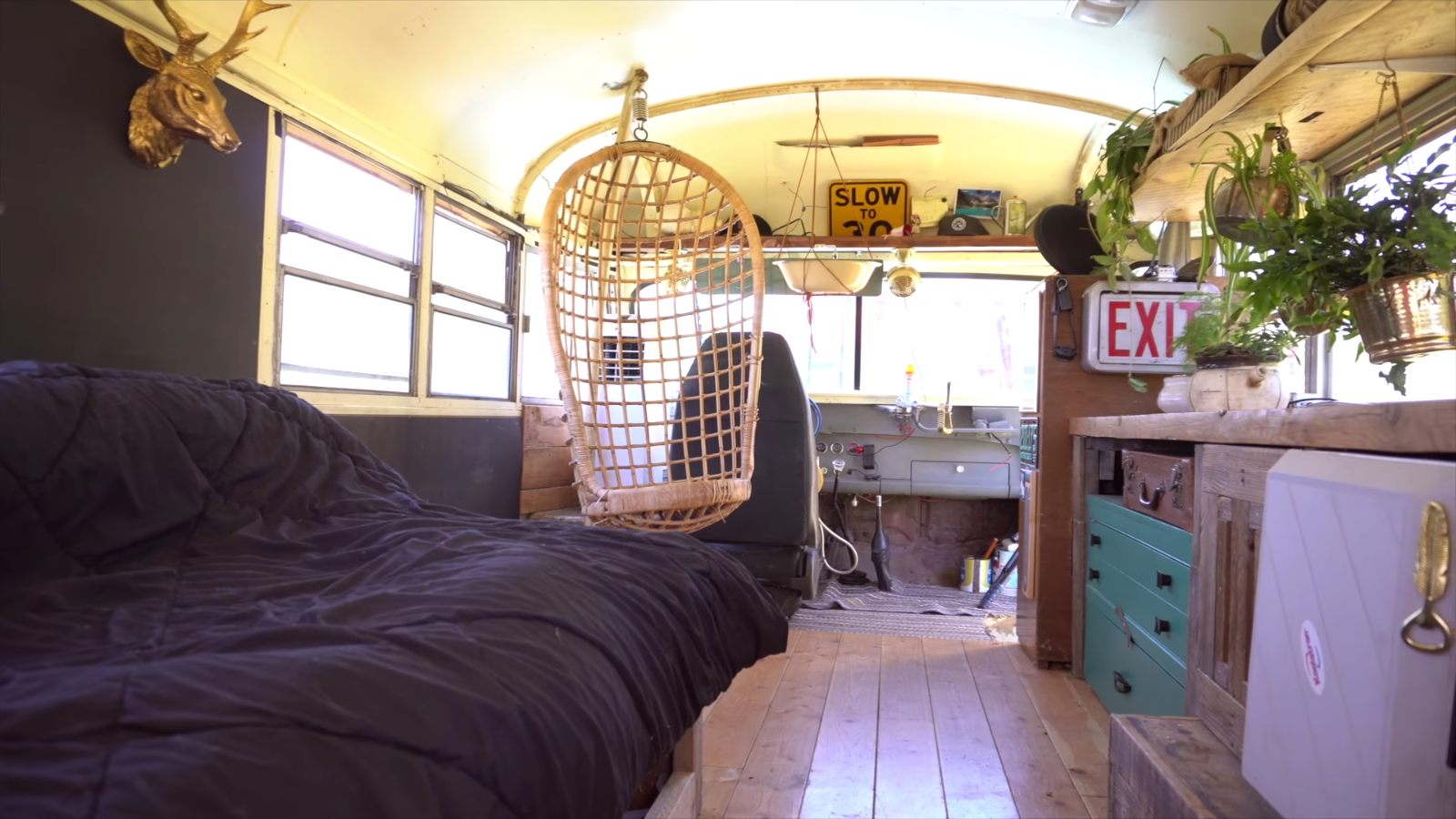 The bus is home to Aaron and his Australian Cattle rescue dog Chevy.  He converted the bus to explore off the beaten path, and they now travel British Columbia seeing new places and trying new experiences. 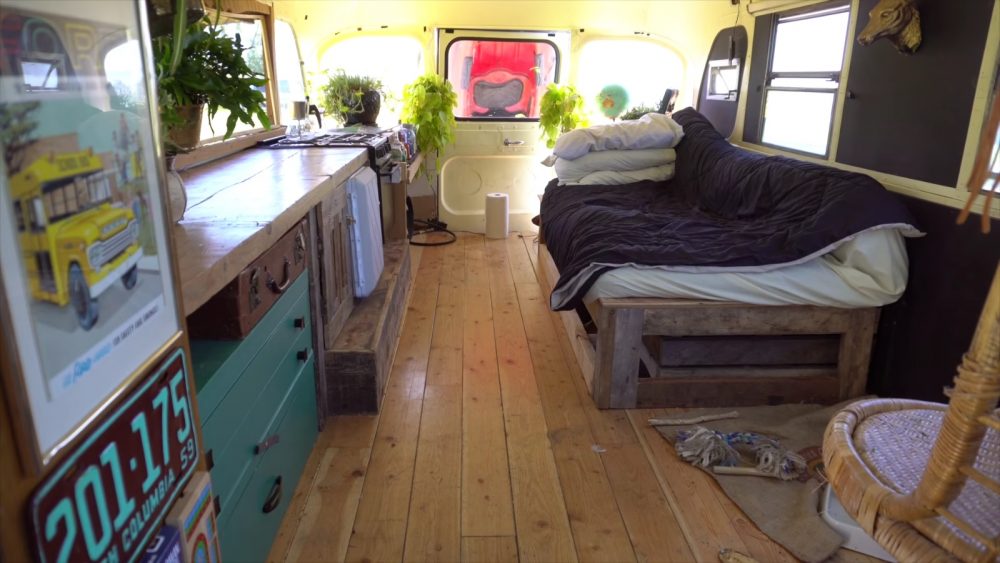 His skoolie is so impressive, Aaron told Exploring Alternatives that he spends up to an extra half hour at every stop talking to people.

Watch the full tour from Exploring Alternatives on Youtube:

Since the video was posted, Aaron has insulated the bus for winter and installed a solar panel system so he can go off-the-grid.  You can follow him and his adventures around BC on his Instagram here.

If you like this skoolie, check out A Look Inside This Family’s Converted 1987 Volvo Bus