Skip to content
Table of Contents show
1961 Holiday House Restoration
The trailer as it originally looked.
But the relatively good exterior hid some other problems, like wood rot.
Interior before.
Steven took the trailer down to the wood studs.
And what it looks like now.
Look at those huge front windows.
The vintage Holiday Rambler nestled in Steven’s museum.
Share this post:

Steven Katkowsky started his Vintage Trailer Museum as a way to share his obsession of collecting antiques and vintage vehicles.

He’s been featured on ABC TV and HDTV, and also appears on radio shows and in print in newspaper columns.

Some vehicles in his collection have made it to the prestigious concours d’elegance at Pebble Beach, California.

Steven says there aren’t many Holiday House trailers around anymore. When he and his wife came across one at a vintage trailer rally in Lake Tahoe, California, they were hooked on the iconic brand.

The trailer as it originally looked. 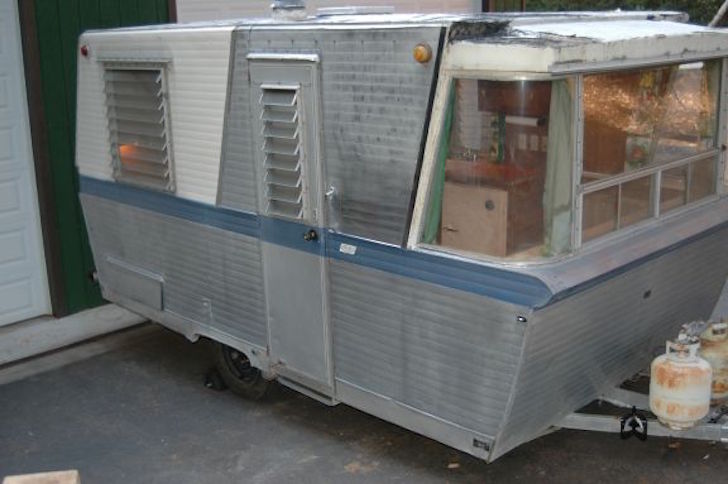 After arriving home from the Lake Tahoe meet-up, Steven was able to purchase his own Holiday House trailer from a seller on craigslist.

While most of his restored trailers get the full “original spec” treatment, Steven decided to make this trailer a little different, and more futuristic looking than the original layout.

But the relatively good exterior hid some other problems, like wood rot. 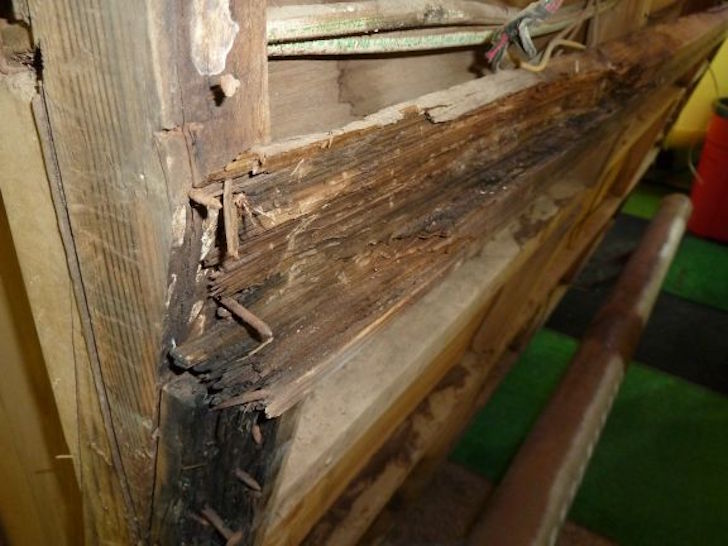 [Holiday House trailers] were made by the Harry and David fruit packing company. Yes, the Harry and David that sends you that catalog every fall with pears, apples etc. all packed so neatly in gift boxes. It seems that the owners thought that it would be a good idea to find something for the fruit packers to do during the off season. So low and behold, they designed these trailers and put them into production. They only made these trailers for a few years. 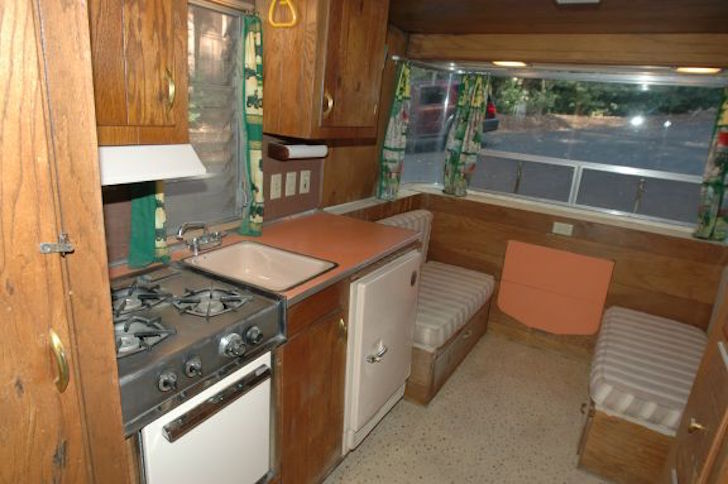 Steven took the trailer down to the wood studs. 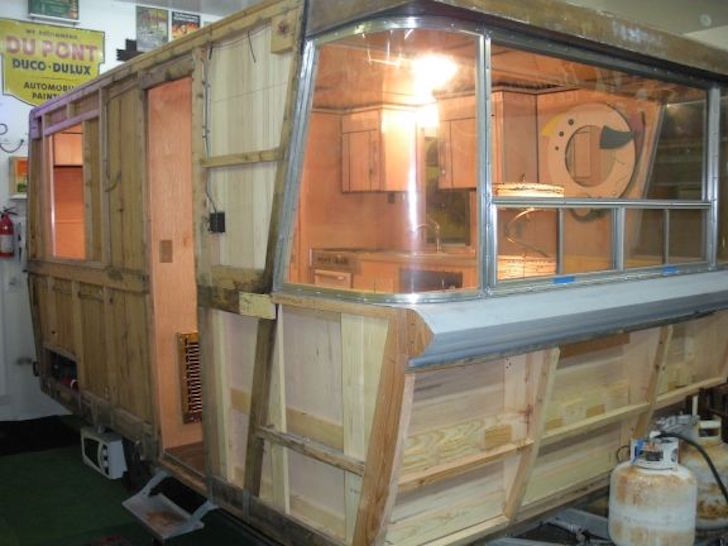 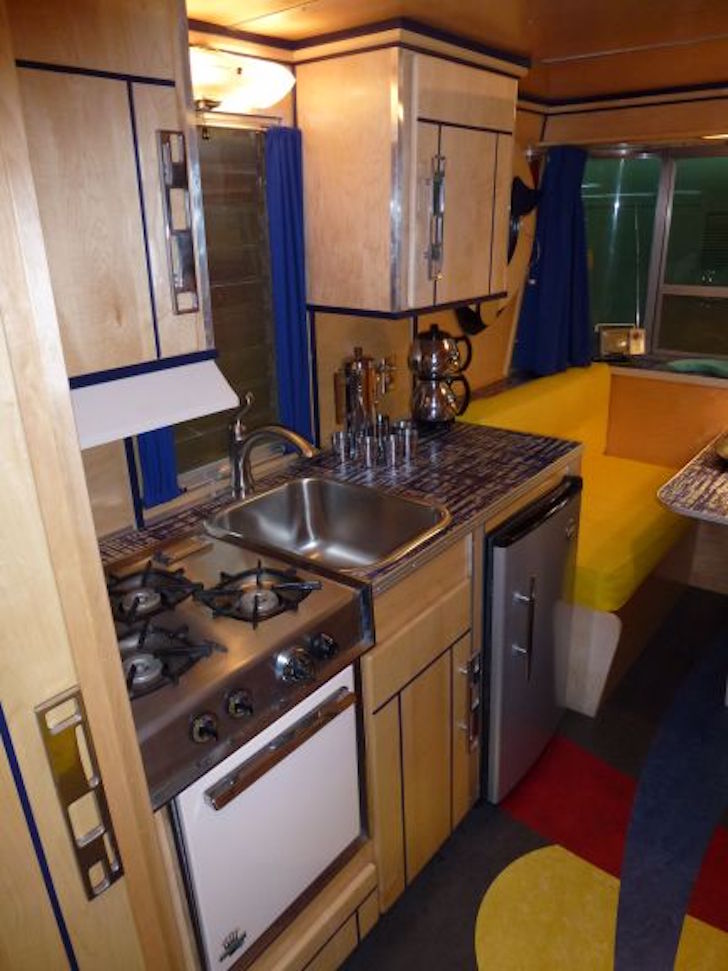 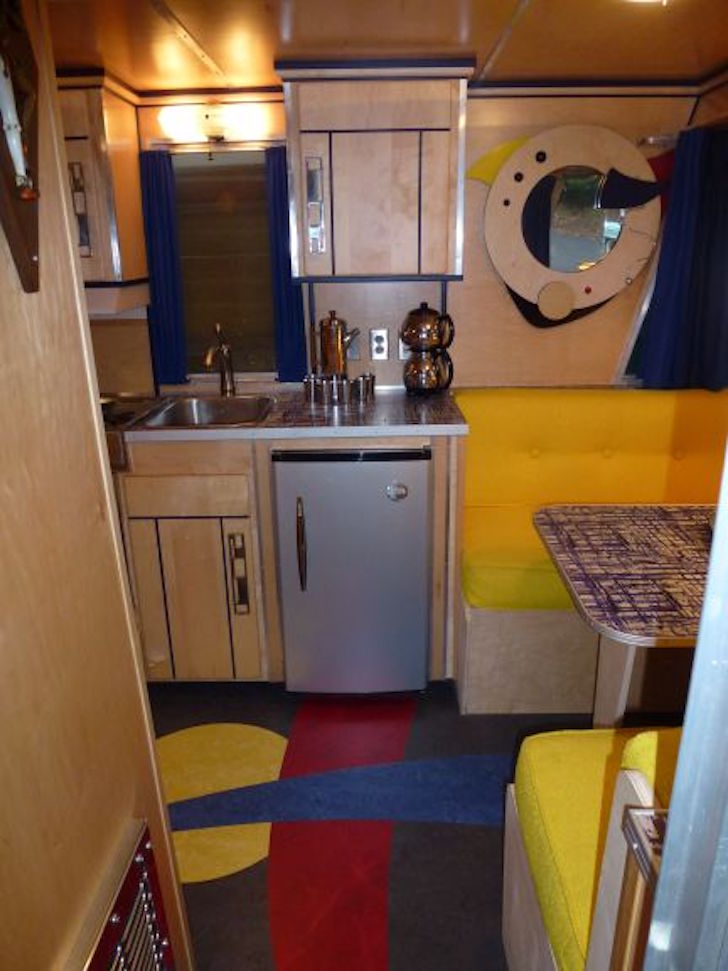 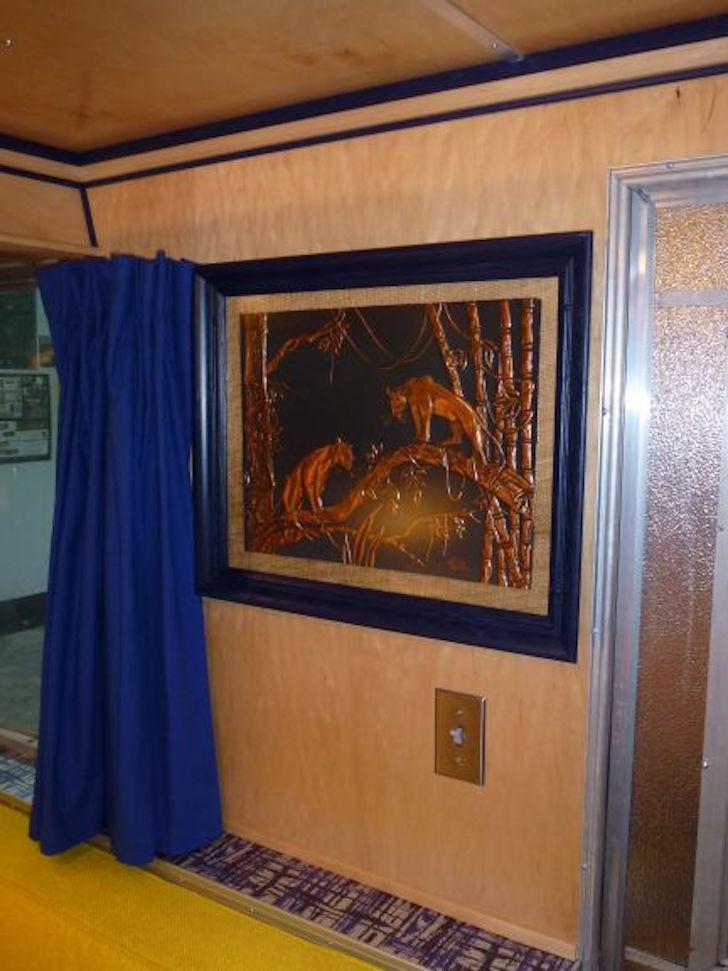 Look at those huge front windows. 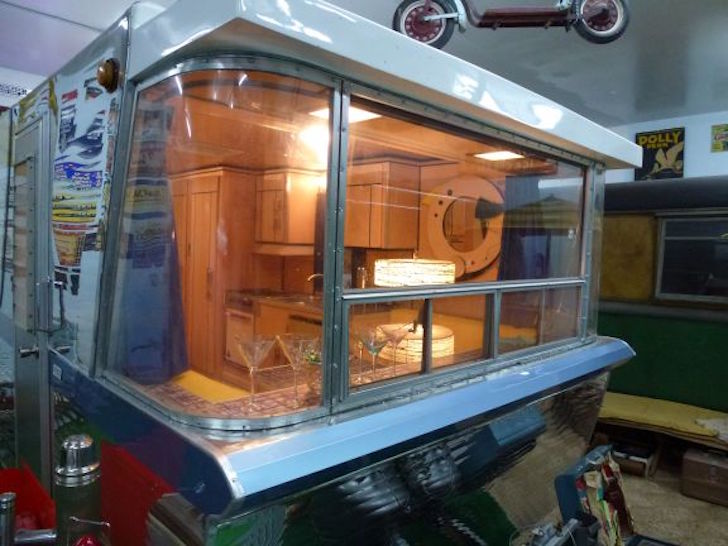 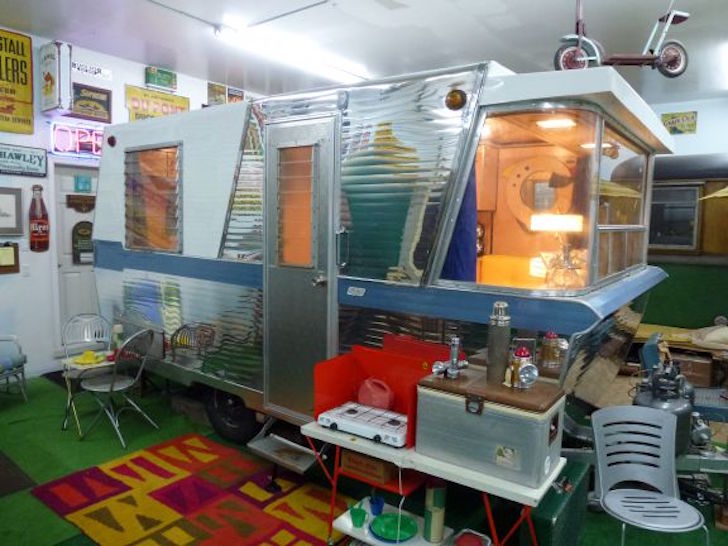 This is the only trailer that I did not restore to original specs. It was simply too cool… and I had to take it one more step into the future.