When a couple needed a tour bus to take their show on the road, they chose to renovate this '70s Ford camper.

Jesse Chandler and Michael Kaplan make up The Ukulele Cowboy Society Cabaret Jazz and Bohemian Swing Duo. And like most artists, they tour in a tour bus.

But these two made their tour bus themselves!

It took two years to renovate the 22-foot 1977 Ford Brougham motorhome they call “Odessa.” And after selling their house in Columbus, Ohio, they’re quite happy living and rehearsing in just 115 square feet.

What the motorhome looked like before its two-year-long renewal. 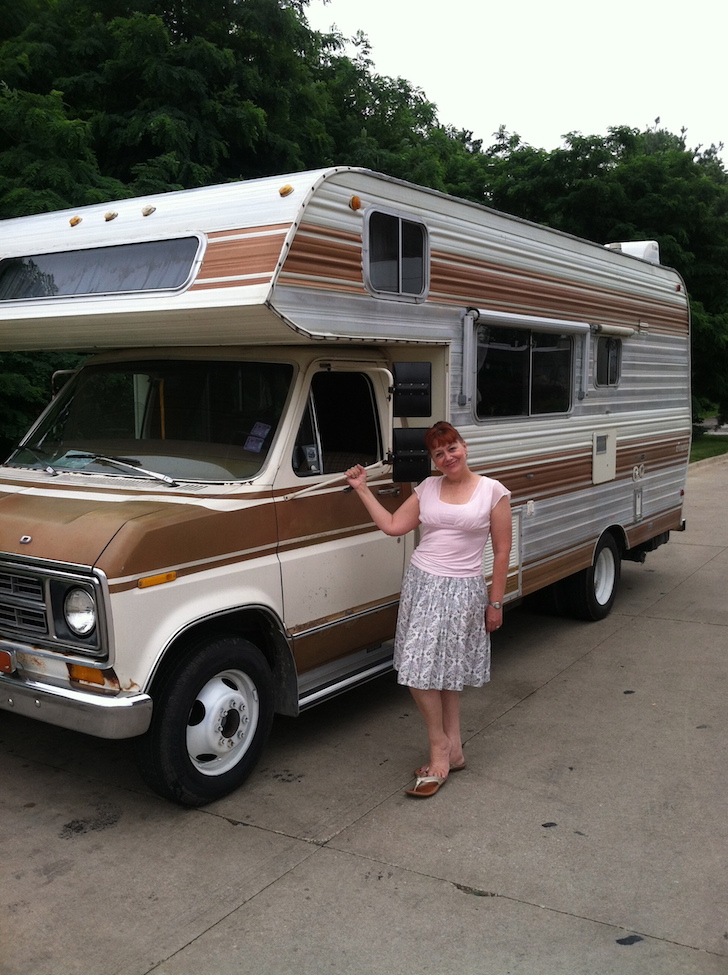 As you can see, the interior needed a lot of work. 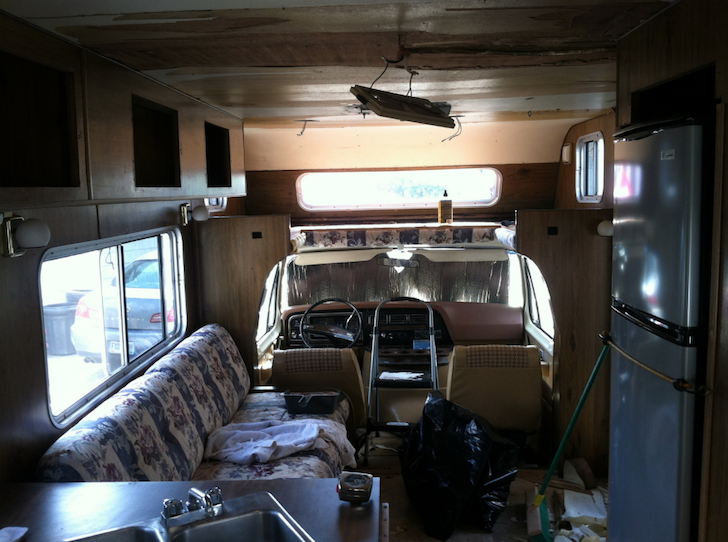 And that’s just what it got! 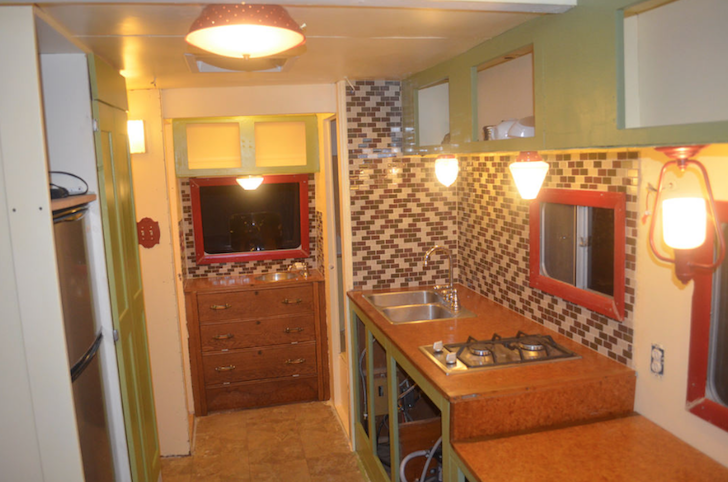 Ukuleles on the wall. 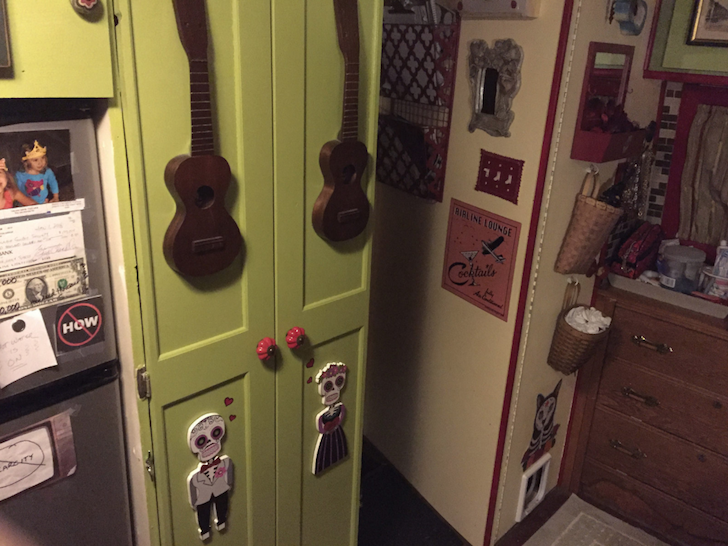 According to NADA guides,

Entering the recreational vehicle marketplace in the mid-1970s, Brougham created compact yet comfortable Class C motorhomes. Utilizing a Dodge van chassis, the Class C motorhomes manufactured by Brougham were constructed with the best interests of vacationing families. In Brougham’s final year of production, a 30-foot and 34-foot joined the line-up in the 1985 model year. 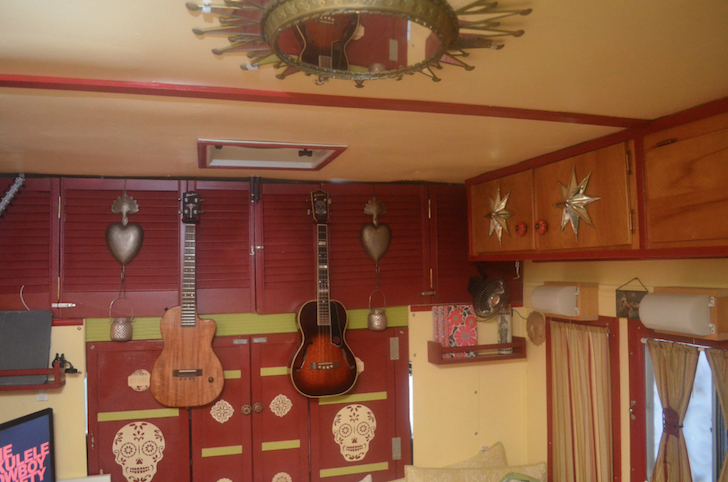 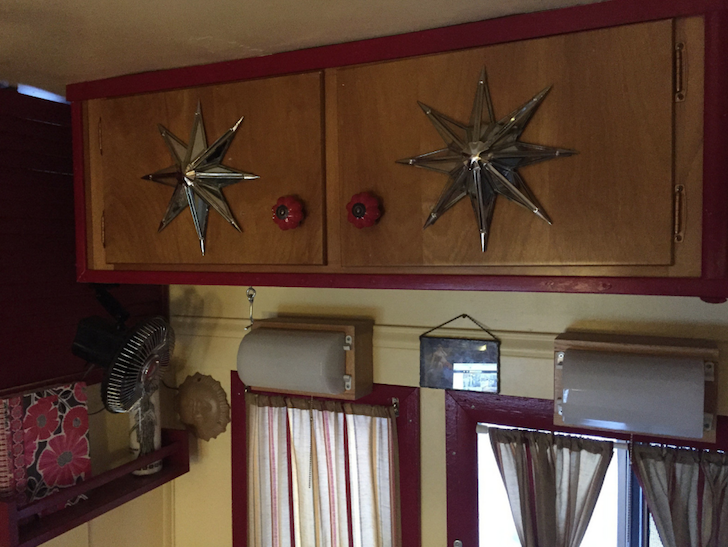 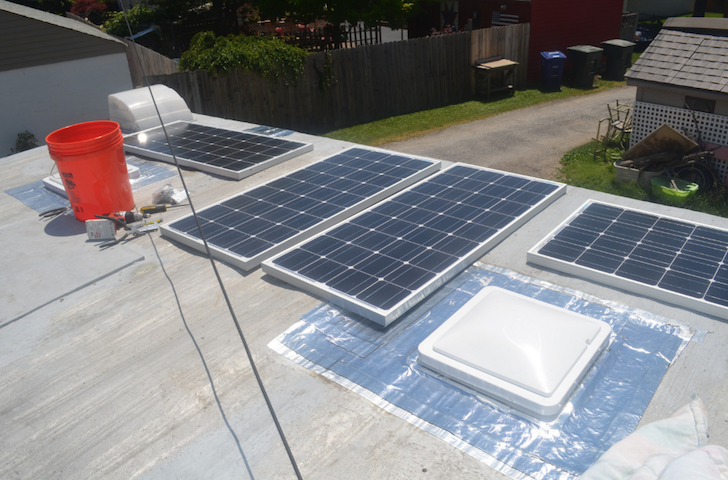 This DIY backsplash adds interest to the kitchen area. 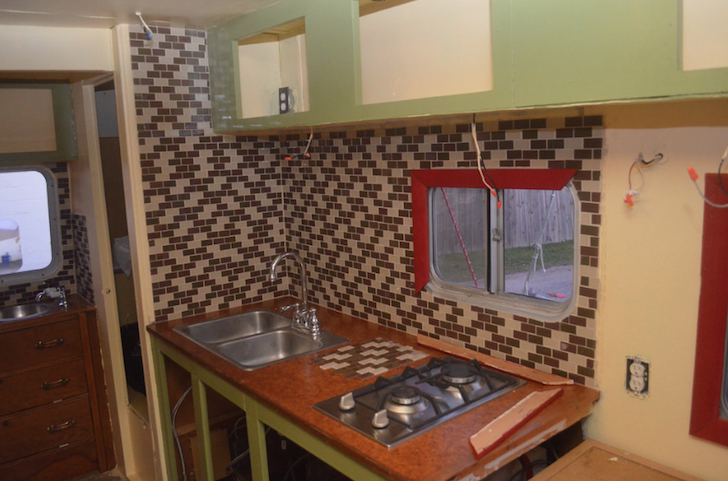 After a coat of fresh white primer… 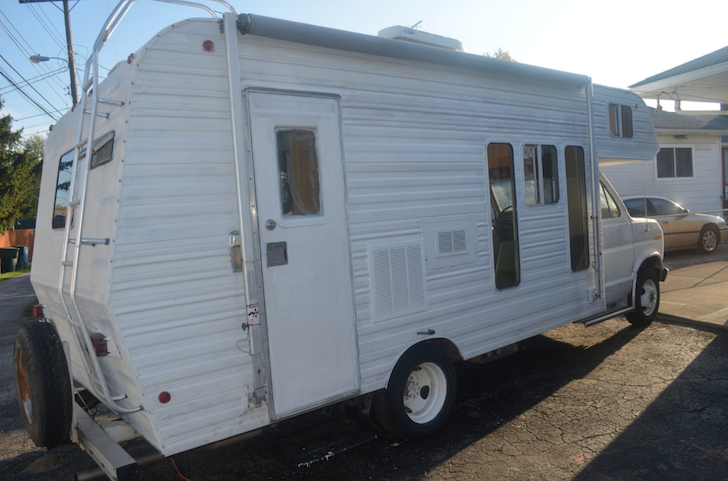 …on went the tan exterior with red accents. 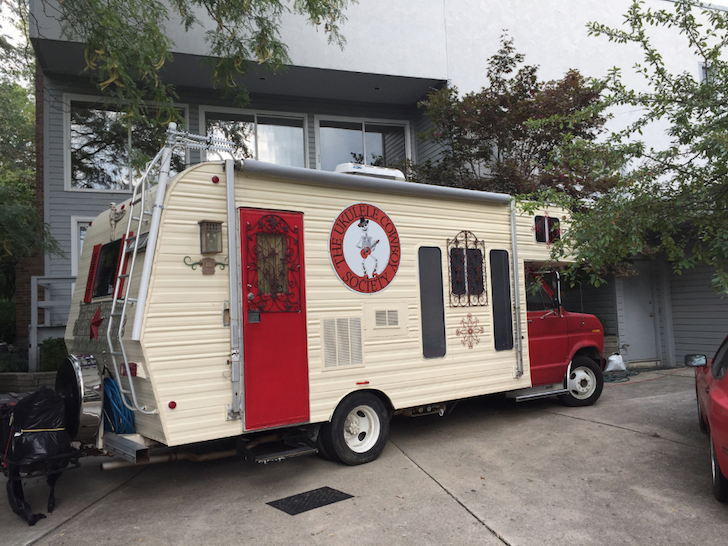 To control the 400 watt solar panel system on they roof, they use a Renogy 40 amp MPPT solar charge controller, along with a Nature Power 200 watt sinewave inverter with 55 amp battery charger.

Throughout the camper, decorations influenced by the couple’s love for the Dia de los Muertos (Day of the Dead) Mexican holiday celebration adorn cabinets and walls. 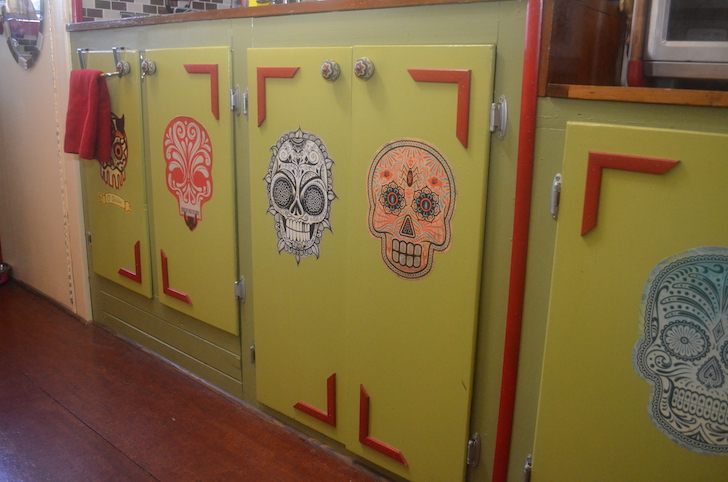 Take a video tour of Odessa.

Stay in touch with the Ukulele Cowboy Society:

See more awesome DIY builds from Do It Yourself RV