Joe and Erik are two guys from Saint Paul, Minnesota who decided to take a break from the 9-to-5 world and travel around North and South America by SUV.

To start their journey, they bought a 2000 Toyota 4Runner SR5 that had about 158,000 miles on it. After purchasing a Haynes repair manual, the two completed a long list of small modifications to their vehicle.

Some of these mods included,

You can see all the modifications they made to the stock 4Runner here.

One of the major additions to the 4Runner was a homemade storage cabinet they built to keep all their gear from rolling around in the back of the vehicle.

It would also blend in to the interior of the vehicle, and trick any would-be thieves into believing nothing was stored in the rear.

Building the storage box was a family affair. This is Joe’s dad, Ron, helping out. 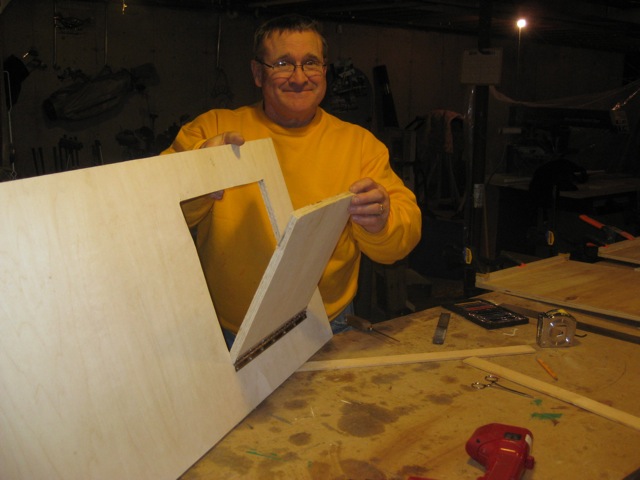 Screwing together the sides. 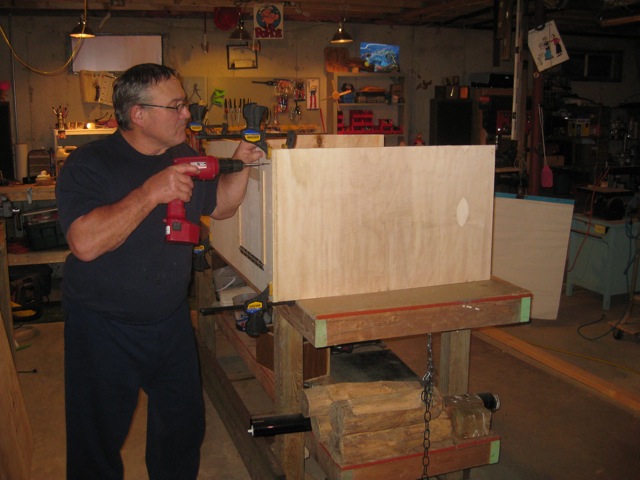 Erik taking over. The box is just tall enough to sit flush with the bottom of the rear window. 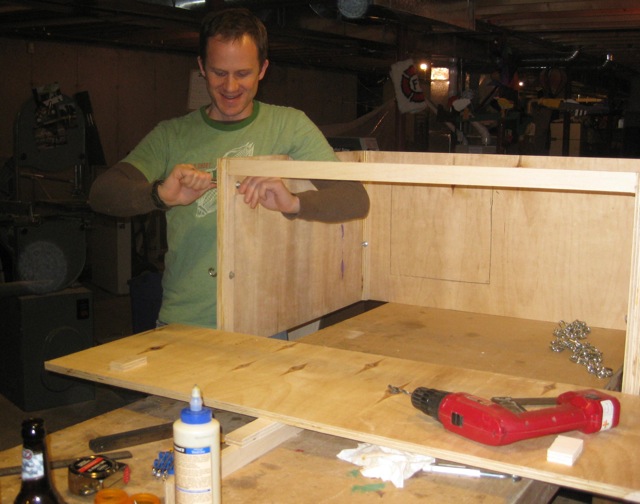 The rear hatch folds down and is supported with light chains, wrapped in foam padding. 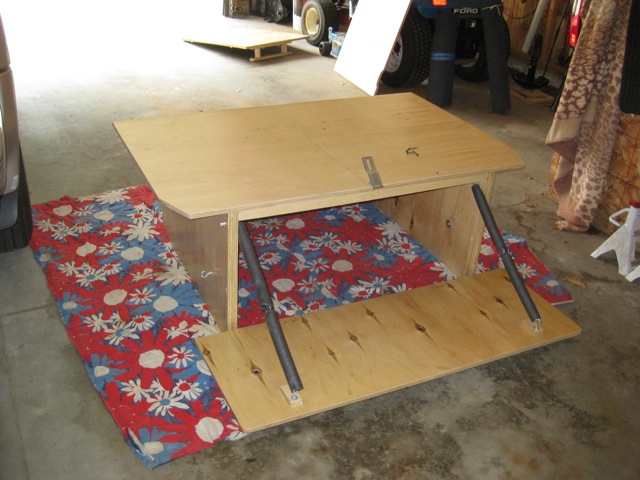 The crew added carpeting to the top of the storage locker. 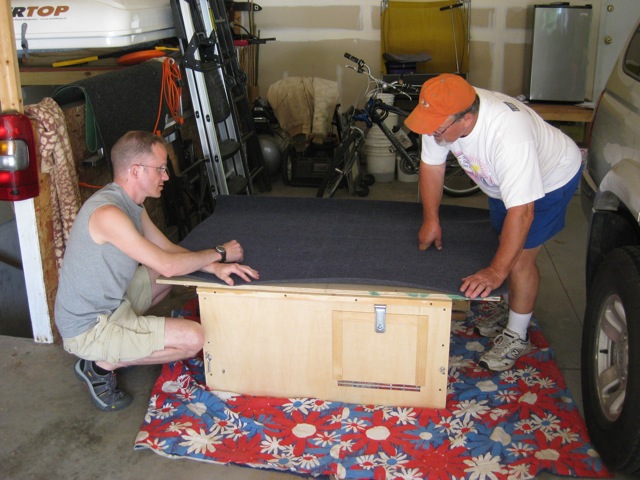 Here it is fitted into the 4Runner. 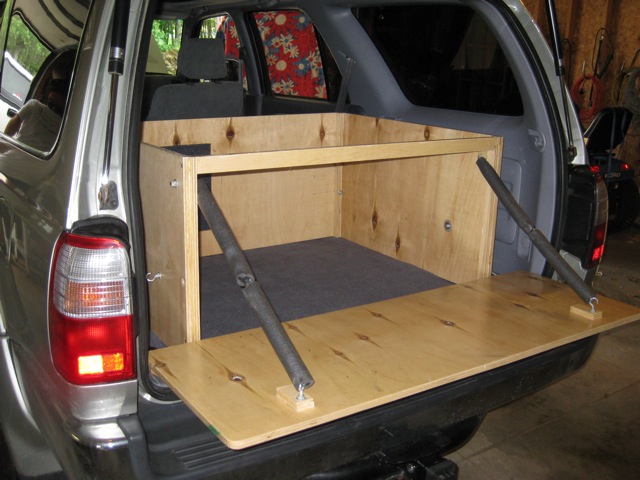 They installed an inverter in the side of the box and wired the device to the car’s battery. 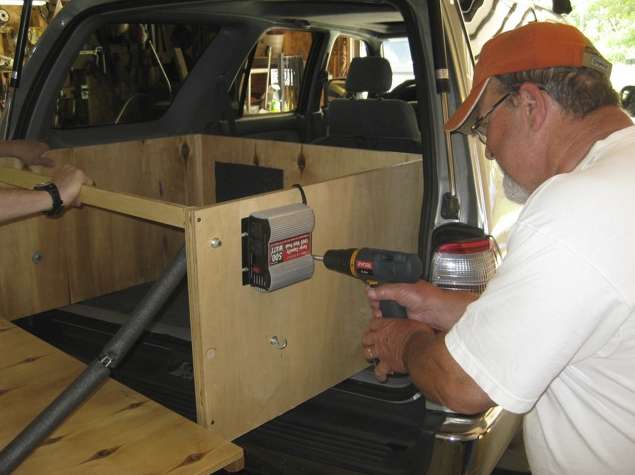 The carpeting made the box blend in with the vehicle’s interior. 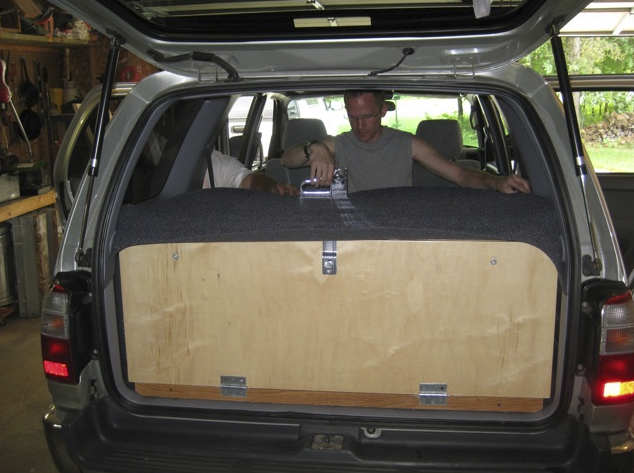 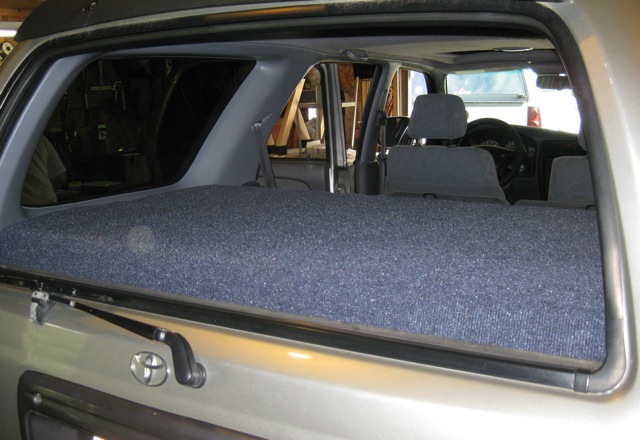 With the carpeted top and a height that precisely matches the bottom of the rear window frame, it’s hard to tell there’s a storage cabinet back there. Maybe they could add some hanging pockets like in this modified Toyota Land Cruiser?

Although Joe and Erik’s journey ended in 2013, you can read about the places they visited on their blog, Apollo’s Journey.