Skip to content
Table of Contents show
About Alumapalooza – the Airstream-oriented Lollapalooza
Airstreams camping out at Alumapalooza.
Learn all about how Airstream craftsmen rivet the famed aluminum siding.
Try your hand at buffing a tarnished vintage camper.
Practice backing a trailer…
Or attempt to pull an Airstream by hand!
Share this post:

Do you own an Airstream and want to meet others who do as well? One meet-up that promises all-Airstream fun is Alumapalooza, held in late Spring ever year at the Airstream factory in Jackson Center, Ohio.

Produced with the support of Airstream, Airstream Life magazine, and other sponsors, the five-day get together is 100% Airstream focused – but you don’t need to own an Airstream (more on that later).

While the schedule varies each year, you can expect lots of camping, socializing, and group activities. You can download last year’s program here.

And while the event is unmistakably Airstream in culture, you don’t need to own an Airstream to go!

All brand of RVs are welcome to come to Alumapalooza. We figure if you’re coming to the Airstream factory in the middle of Ohio, you are probably interested in getting an Airstream someday! Attending Alumapalooza is a great way to get to know Airstream and the Airstream owner community before you buy.

Some activities during Alumapalooza include:

Airstreams camping out at Alumapalooza. 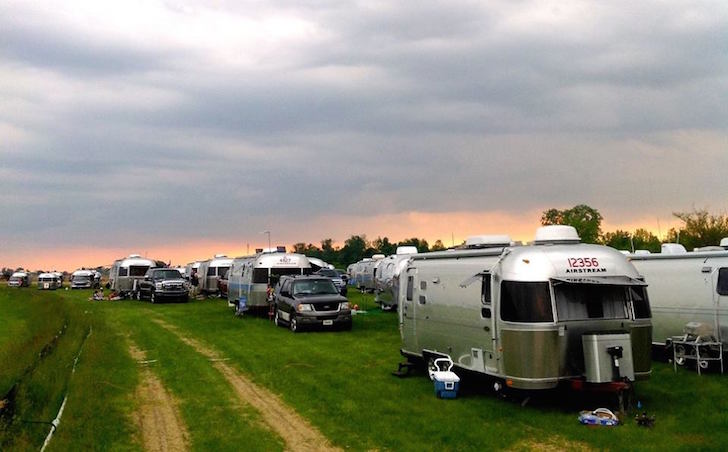 The cost to attend Alumapalooza for 2016 is $95 per adult, with a campsite for all five nights of the festival running $265.

Learn all about how Airstream craftsmen rivet the famed aluminum siding. 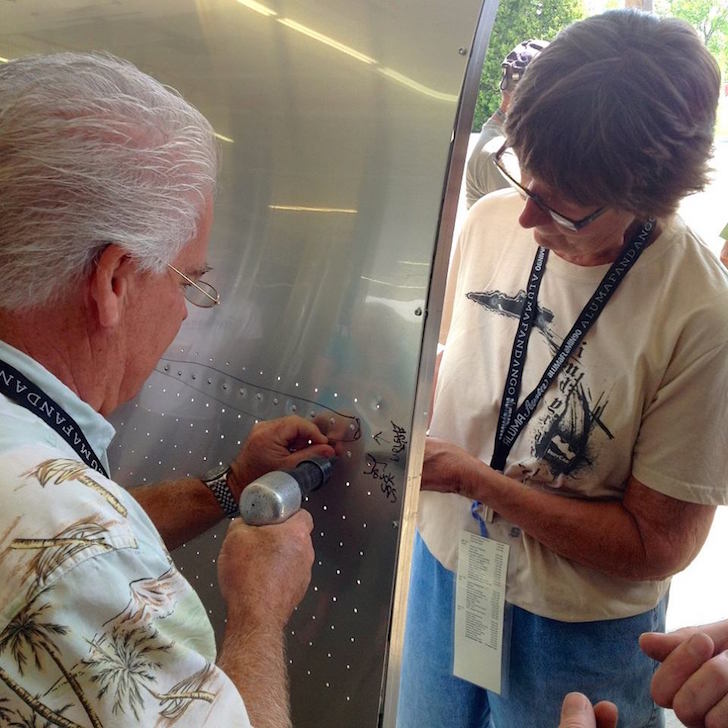 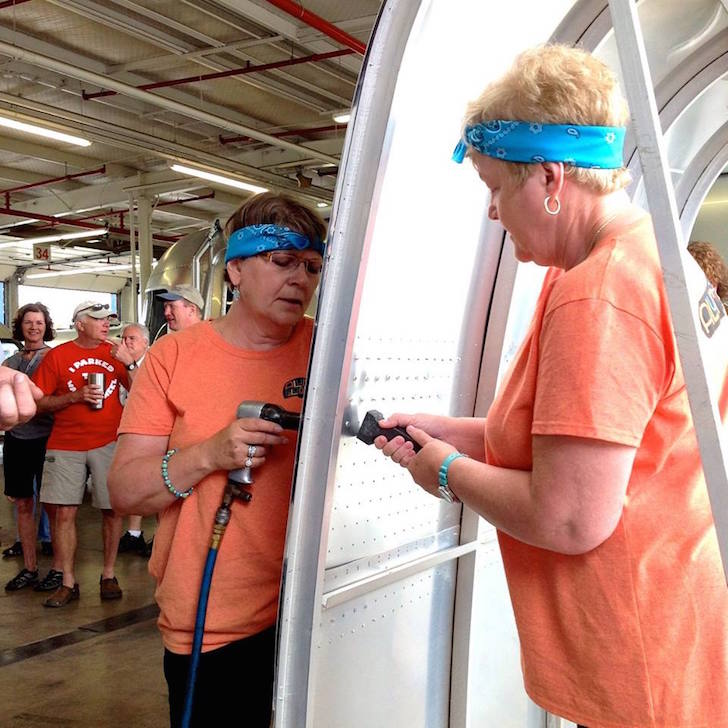 Try your hand at buffing a tarnished vintage camper. 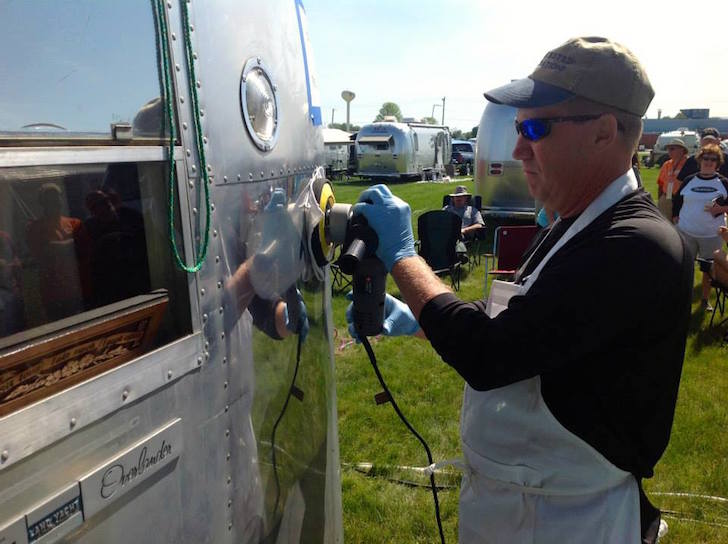 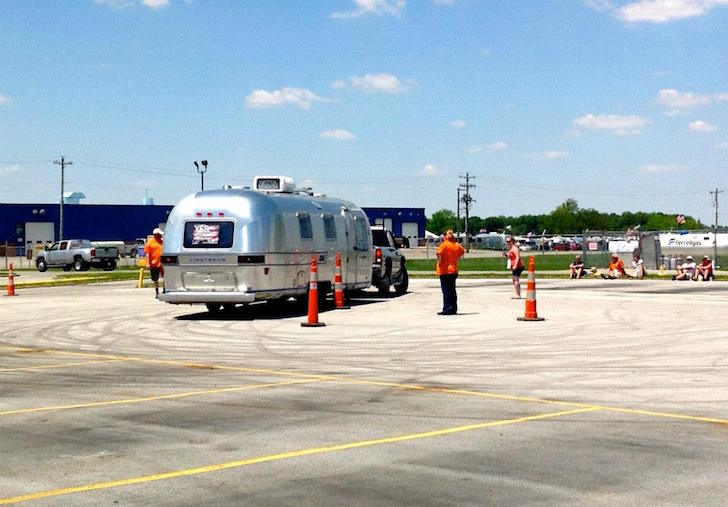 Or attempt to pull an Airstream by hand! 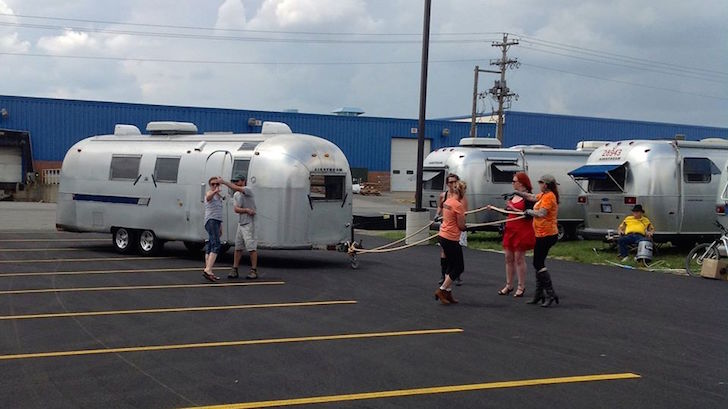 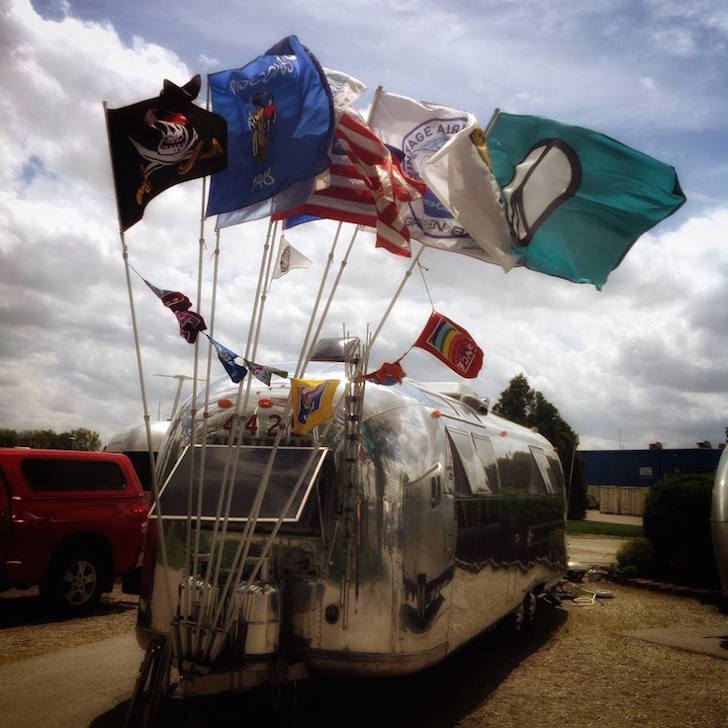 2016 is the seventh edition of the gathering, and based on past year’s interest this Airstream rendezvous has a bright future!