Rather than staying at a job he didn't like, this former bartender decided to convert a retired school bus and hit the road.
89
SHARES
1876
VIEWS
ShareTweet

Why spend time on something you’re not interested in when you could be doing what you love? That’s what former bartender Jax Austin had in mind when he left his job making drinks to convert a retired school bus and hit the road.

He named his skoolie “Dan the Adventure Bus”. 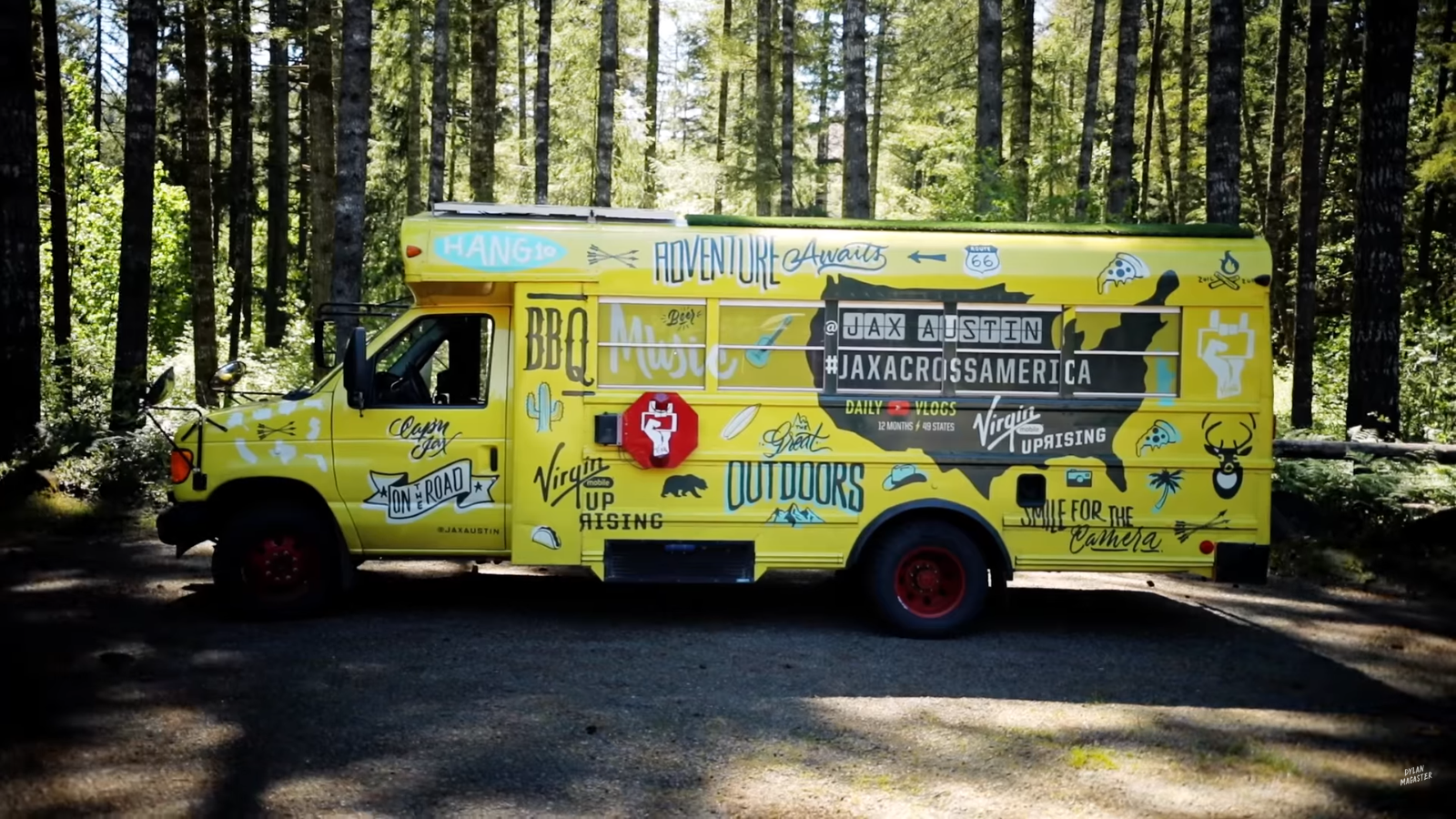 Jax picked up the bus in Philadelphia for $5,500. He added custom vinyl graphics to the exterior, as well as 320 watt solar panels and astro turf on the roof. 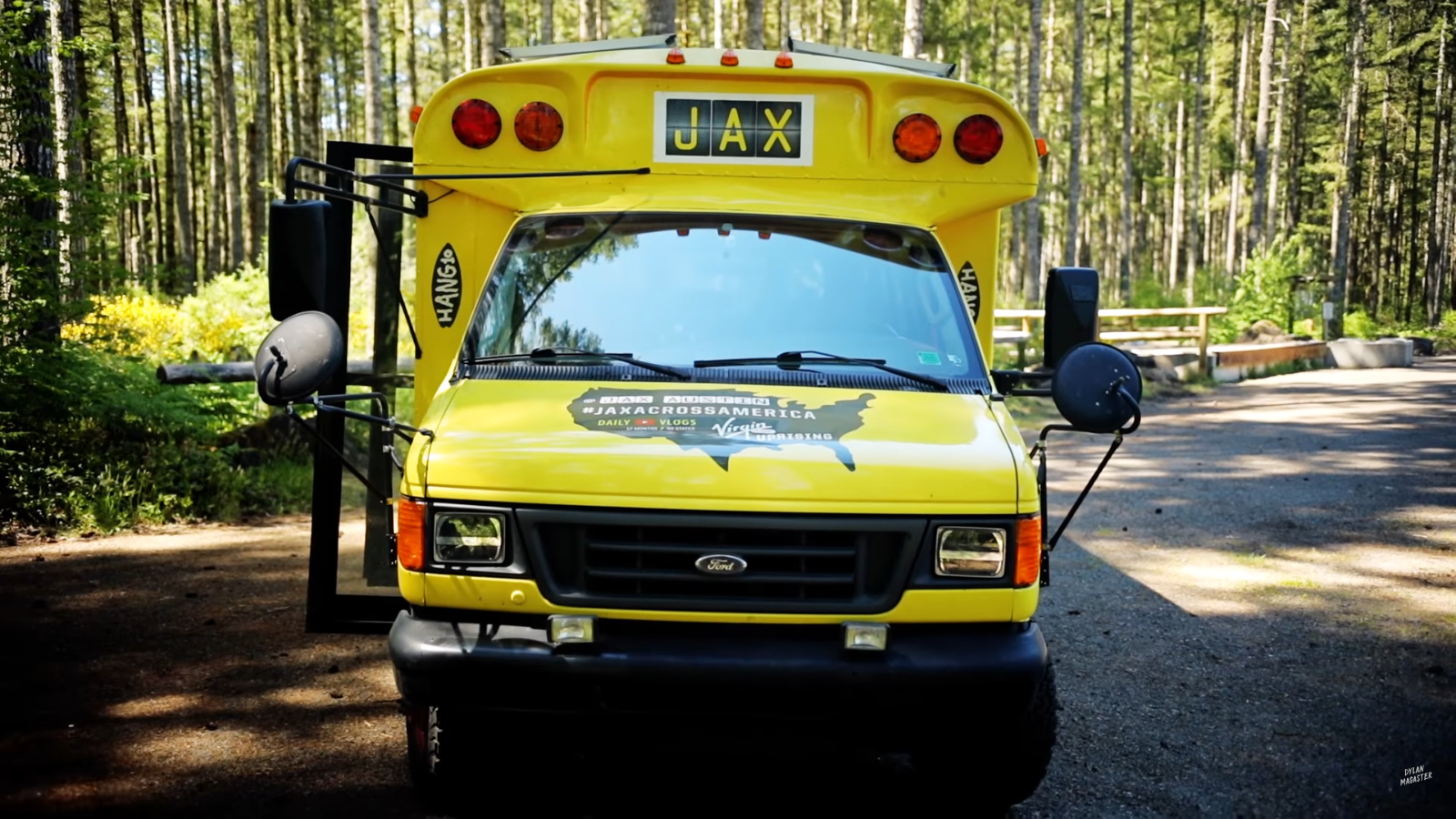 The inside was rebuilt with a charming rustic style. It’s equipped with LED lighting, and the storage, flooring, and counterspace are all made from reclaimed wood. 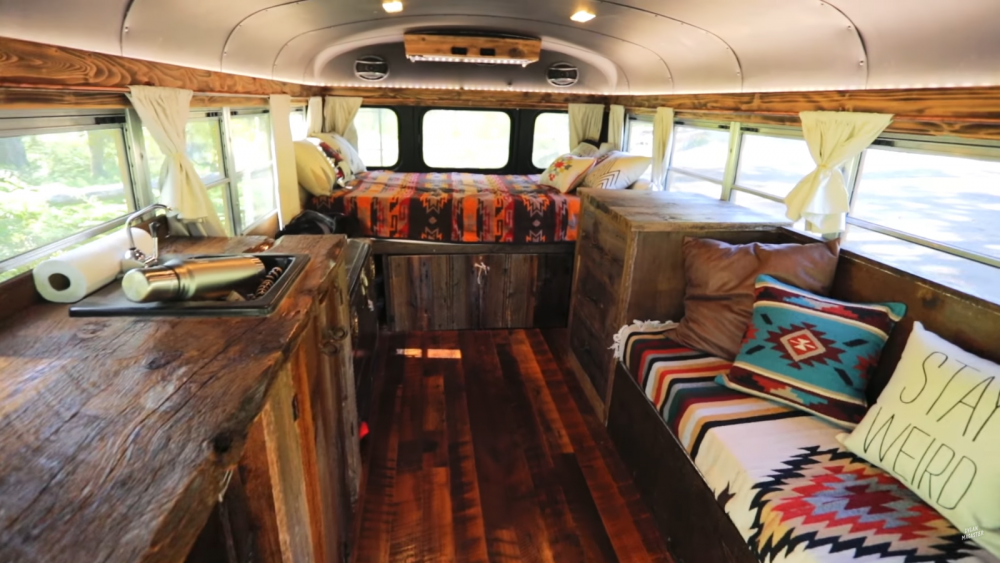 The conversion took about four months total. He’s now road-tripping 49 states as a travel vlogger. You can check out Jax’s daily van life adventures on his Youtube channel here. 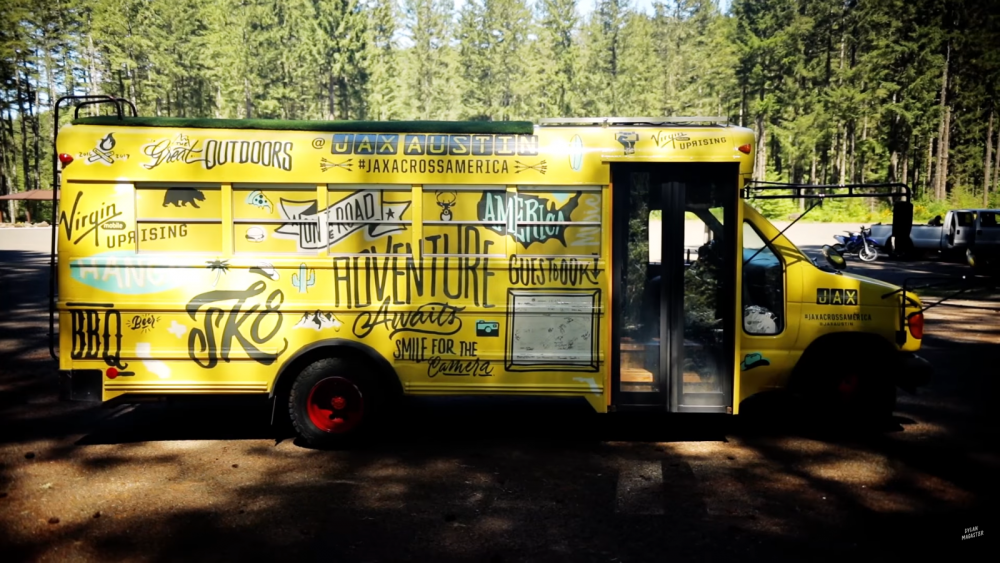 You can also get to know Jax and his decked out skoolie in this Youtube video from Dylan Magaster:

This has to be one of the coolest skoolies we’ve ever laid our eyes on. If you liked this story from Jax Austin, check out This Climbing Instructor Who Quit His Job To Sell Coffee Out Of A Van