Skip to content
Table of Contents show
Andy Saunders designed and built the Pedal-Bedzz for around $1,500.
The 4′ x 4′ foot interior has a tiny bed and seating for four people.
One bench cushion folds up to reveal a stove and kitchen sink.
This mobile teahouse has no motor and can be pedaled by two people.
Andy Saunders is a world-renowned car (and now bicycle camper) designer.
Resources:
SEE ALSO: This Well-Insulated $150 DIY Bicycle Camper Is Perfect For Year-Round Solo Trips
Share this post:

What started out as an advertising gimmick for Kampers and Kars in Poole, England has the camping world buzzing. The Pedal-Bedzz was built by car designer Andy Saunders from the front of a Bedford Bambi campervan and attached to a Butlins-style four-seater bicycle cart. The entire project took Saunders only two weeks and just over $1,500 in materials.

Andy Saunders designed and built the Pedal-Bedzz for around $1,500. 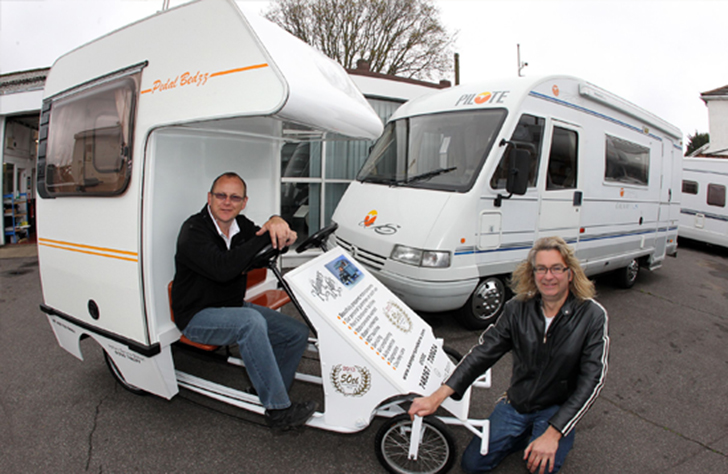 The Pedal-Bedzz (affectionally known as the “cramper-van”) has two bench seats and a dining table. One of the bench cushions folds up to reveal a trailer sink and a two-burner stove. The bike camper has a small bumpout over the pedal area that contains a tiny loft bed just above the table. Two large windows bring in lots of light and there is a small Dutch door in the back of the Pedal-Bedzz. If you are on the shorter side you can actually stand up inside of this ingenious little camper.

The 4′ x 4′ foot interior has a tiny bed and seating for four people. 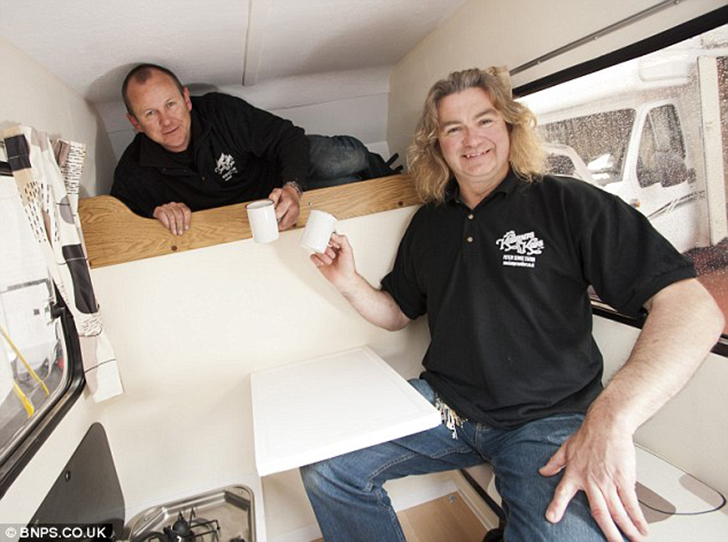 The Pedal-Bedzz does not need to be registered since it doesn’t have an engine and can only be moved by pedaling. Saunders told the Daily Mail that the bike is very difficult to pedal down the road and uphill — even with two people. However, it is nice to have a place to get out of the weather and have a cup of tea fresh from the stove.

Inside it’s fully insulated and upholstered, it has a twin hob to cook on, a sink to wash up in.

One bench cushion folds up to reveal a stove and kitchen sink. 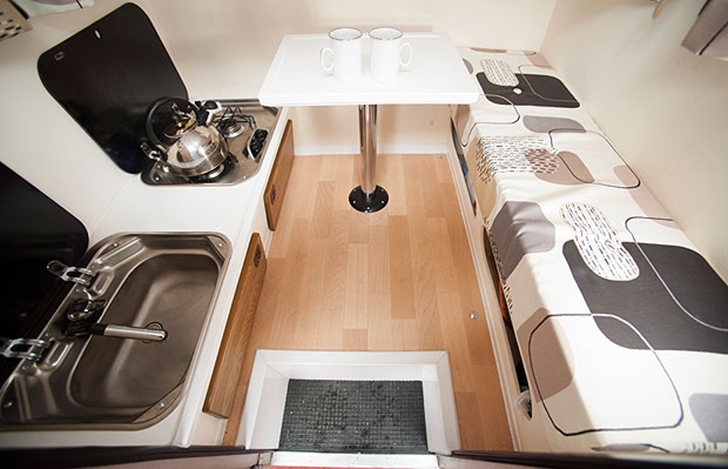 Butlins bikes are popular in tourist areas of the UK. They are usually propelled forward by two or four people and sometimes have canopies and storage areas for picnic gear.

This mobile teahouse has no motor and can be pedaled by two people. 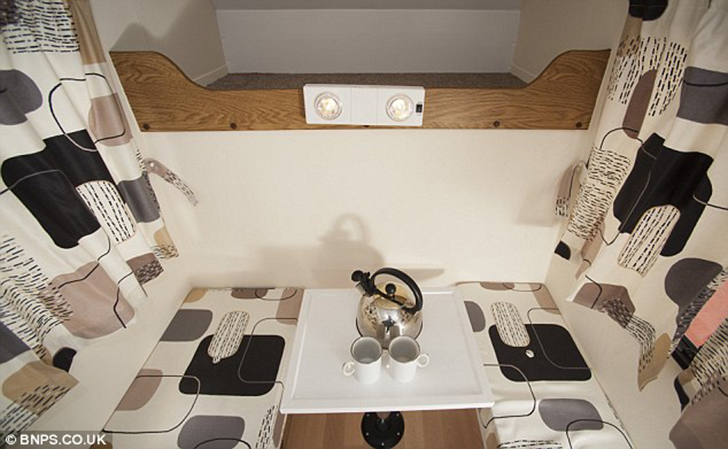 Andy Saunders is a world-renowned designer and builder of unusual and alluring custom cars. Several of his designs include an extra-mini Mini Cooper, a colorful, Picasso-style Citroen, and the Claustro Phobia, which was listed in the Guinness World Records as the lowest car in the world. His driveable copy of a Nissan Delta Wing race car was commissioned by Top Gear Magazine and completed in just 39 days. 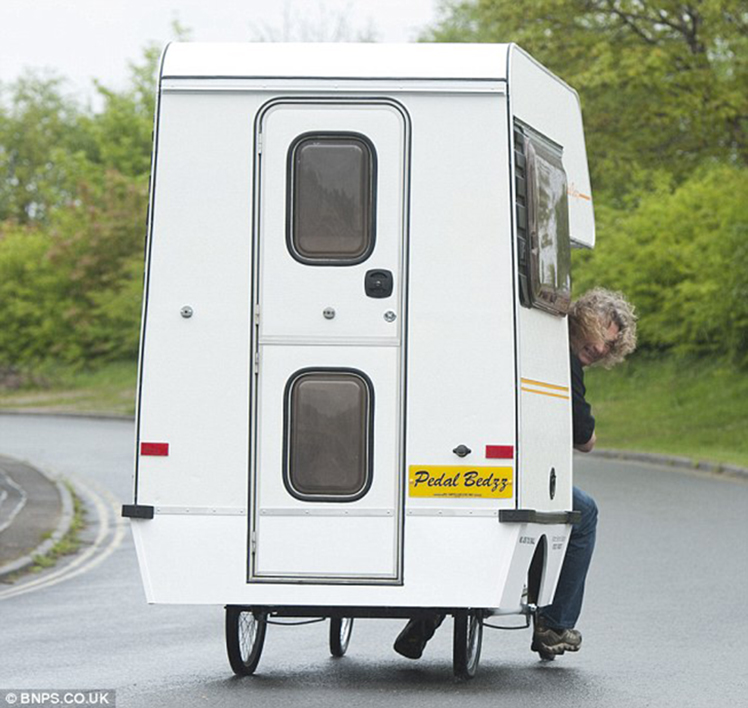 Photos by Andy Saunders and BNPS.CO.UK