While the basic design of the VW bug hasn’t changed in decades, many owners have used the model to make some outlandish custom builds.

One of the more strange-looking VW bug-inspired builds was featured on the cover of Popular Mechanics magazine some years back. Called the Boonie Bug, the strange motorhome looks like the ultimate camping mutt.

According to Riley, the Boonie Bug,

…combines the go-anywhere ruggedness of an ATV with the sleeping and camping facilities of a compact van. It gets its name from what it does best – roaming the “boondocks” – plus the fact that it’s built around a Volkswagen van chassis (the old style Transporter, Bus, or Kombie).

Photos of the Boonie Bug that was for sale. 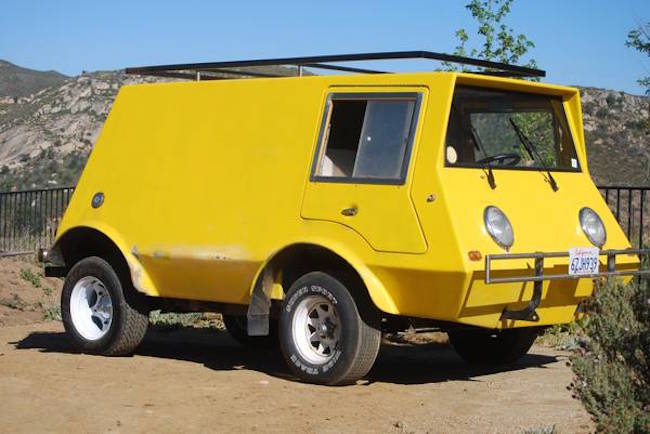 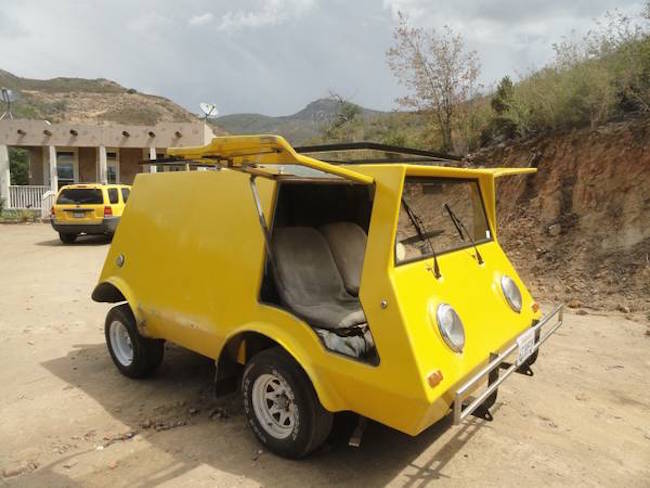 BangShift found a homemade Boonie Bug for sale by a seller in San Diego, California. The original text of the ad read,

Ok dont lie to yourself you always wanted one of these. You will be the only one on your block with one, How often do you find a running complete car? Very rare and unique. Built from plans in Popular Mechanics. This was bought from the builders estate. I have his build notebook as well as pictures during build. I have current pink and tags, registered as a SPCNS, so no smog needed. I just installed a fresh 1835 ( less than 50 miles ) with a single weber and compufire ign. It is built on an early bus chassis, so it has a RGB trans, it shifts well. New rear brake shoes and wheel cylinders. Email with questions or if you need other pictures. Check short video on youtube at M4H03746 – YouTube. Car is in the San Diego area, pick up only. $7500, possible trade for a VW Thing, thanks.

Sadly, the craigslist ad for this mobile work of art has expired. But never fear – you can purchase plans to make your own Boonie Bug from R.Q. Riley. Riley also has plans for other interesting DIY projects. 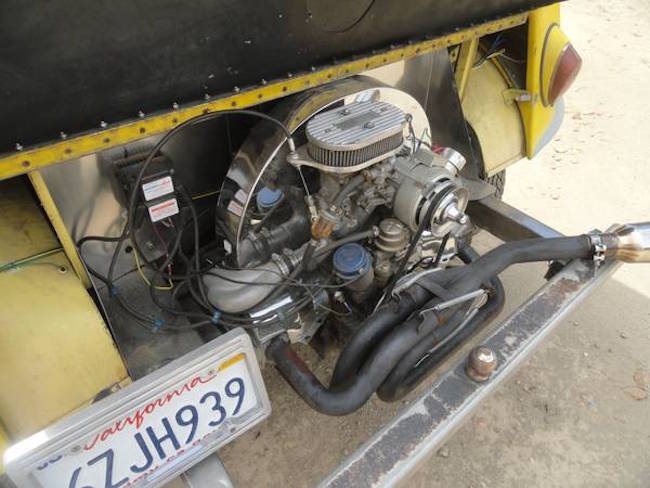 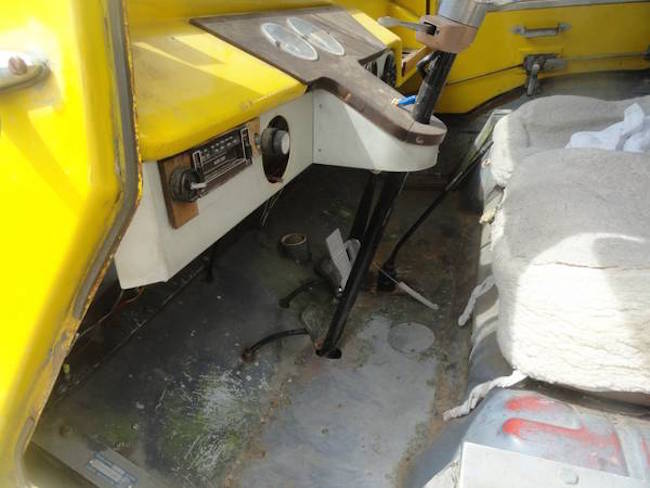 I can’t imagine what the gas mileage would be like with something like this. It has to be less than a stock VW bus? With oversized tires and an improved suspension system, you’d be hard-pressed to come up with a better beach camper though.