Skip to content
Table of Contents show
Nick built the house on a trailer, and looked into using a post and beam type construction instead of studs.
The fold-out sides retract for easy transportation and towing. Look how skinny it is!
Entranceway.
Loft.
Chains hold the walls and loft together.
Watch how the Cai House unfolds in this 3D animated video created by Nick’s 17-year-old son.
Share this post:

Nick Hurt made this unique RV-like trailer house – called the Cai House – a few years ago.

We recently featured another transformer house, and this one will shock you just as much.

While it doesn’t look like Nick has started producing the model commercially, his prototype could be a game-changing design.

RELATED: Within Seconds, This House Truck Turns Into A Stunning Castle-Like Structure

I could see this type of hybrd RV / house catching on with seasonal campers, or those who want to stay in one area for weeks to months at a time.

And as Nick noted in his blog, you could add structural insulated panels (SIPs) to turn this into a four-season living space.

Here’s what he had to say about the project,

[The Cai House] is a 420 square foot two story wood frame cabin/cottage/tiny house that can be put on wheels. The structure folds up within itself and can be relocated with relative ease. There is a design patent pending for the product. The initial design focus was to build an attractive portable structure that could be registered and relocated without having to acquire wide load permits. The thought was that if it was removed seasonally or every so often from a lot, it would not require any permits or property taxation. It is essentially an superinsulated RV disguised as a cabin or cottage. The original prototype was built for personal use and is not for sale. After the prototype was completed there were many people who felt that the design and concept could have a marketable value.

Nick shared a few photos of the semi-completed structure on his website. 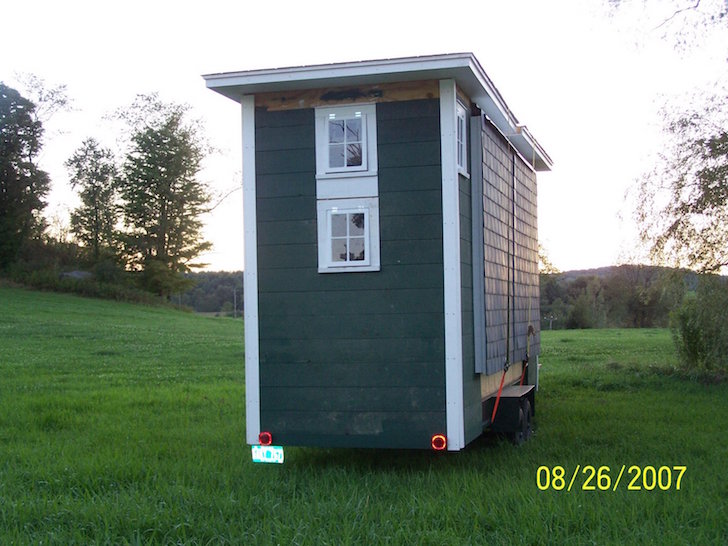 Nick built the house on a trailer, and looked into using a post and beam type construction instead of studs. 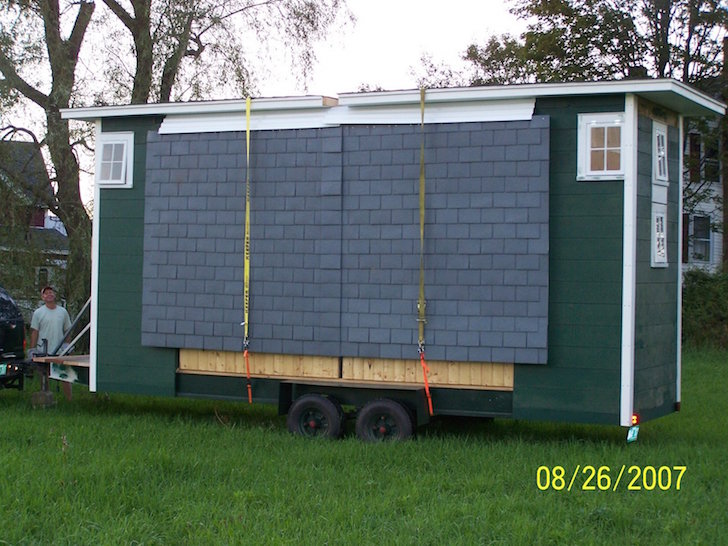 The fold-out sides retract for easy transportation and towing. Look how skinny it is! 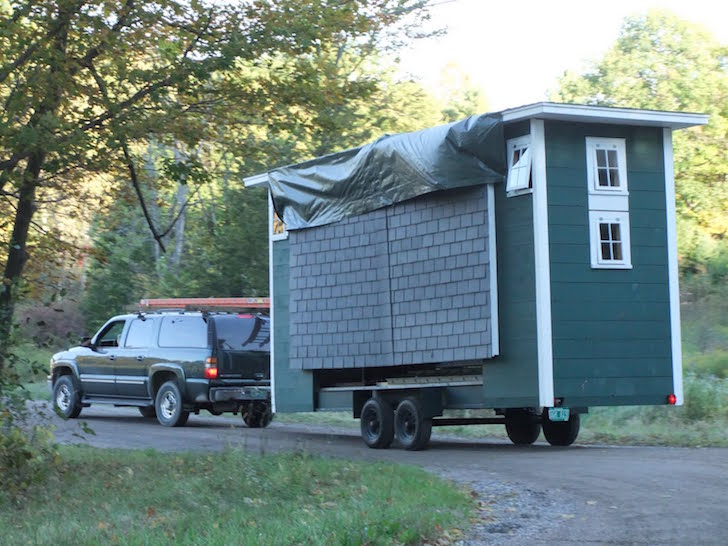 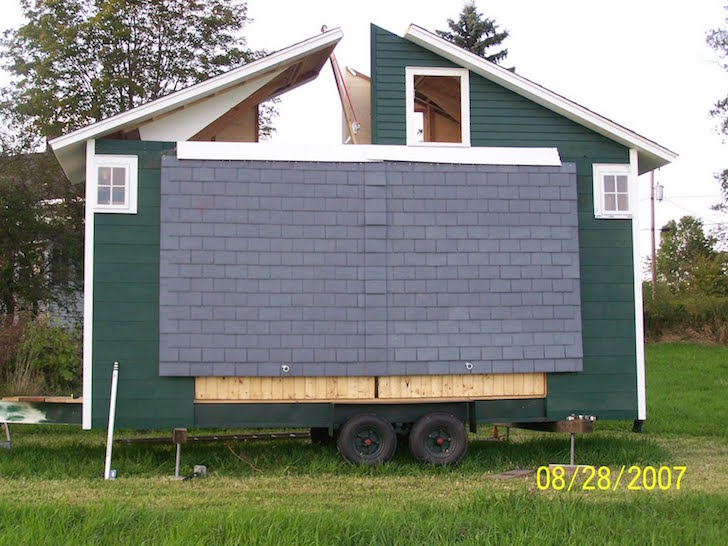 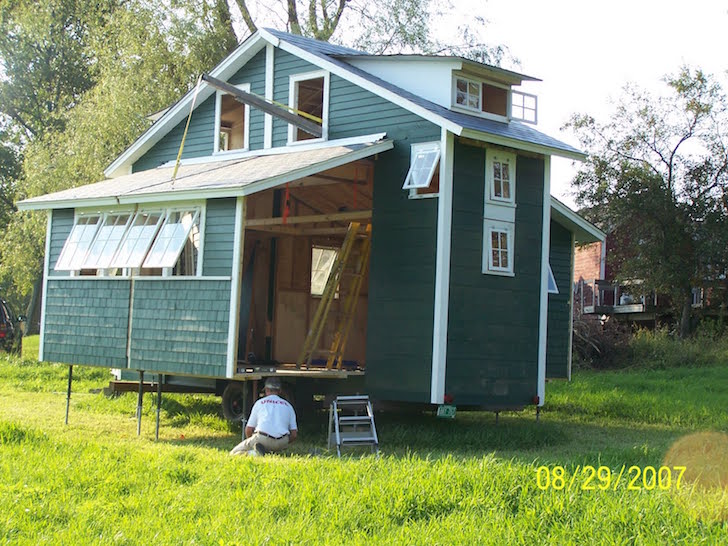 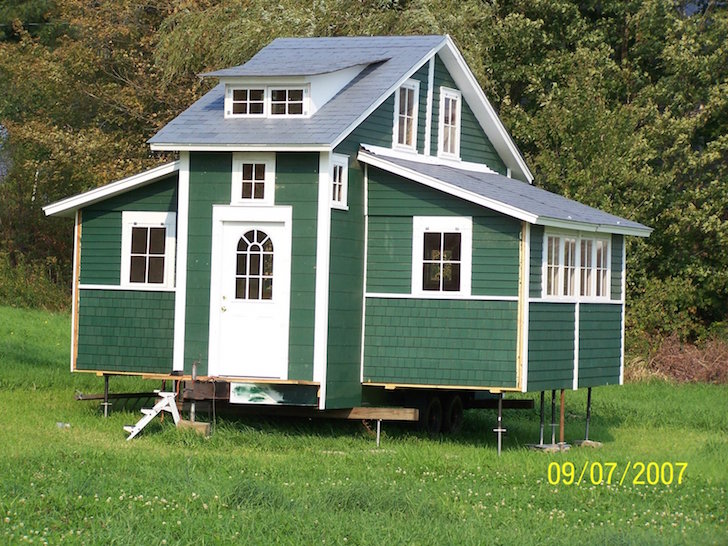 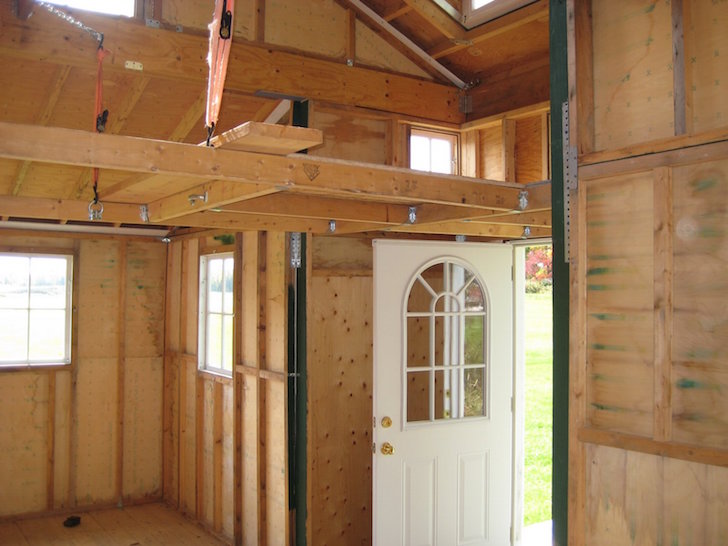 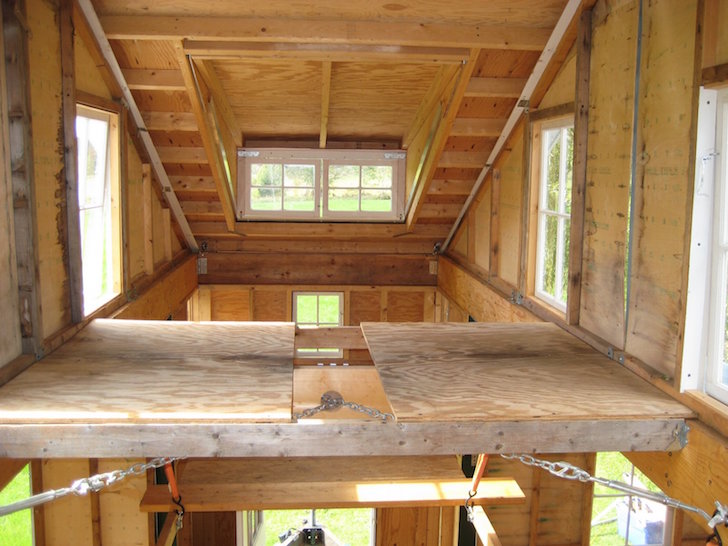 Chains hold the walls and loft together. 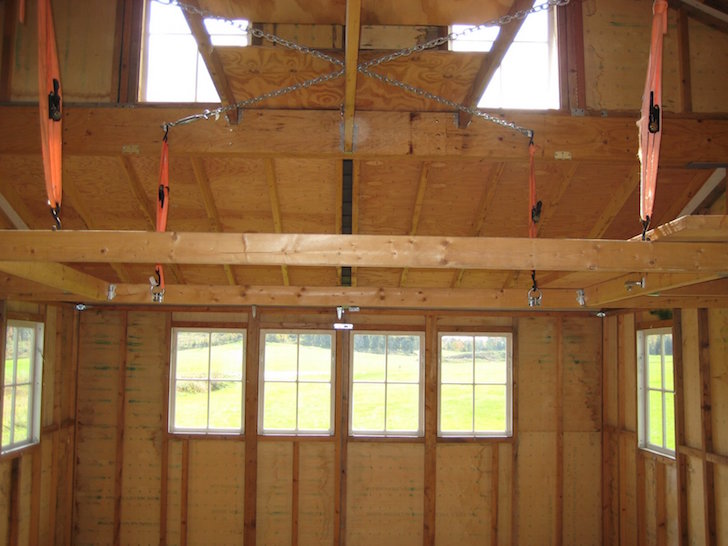 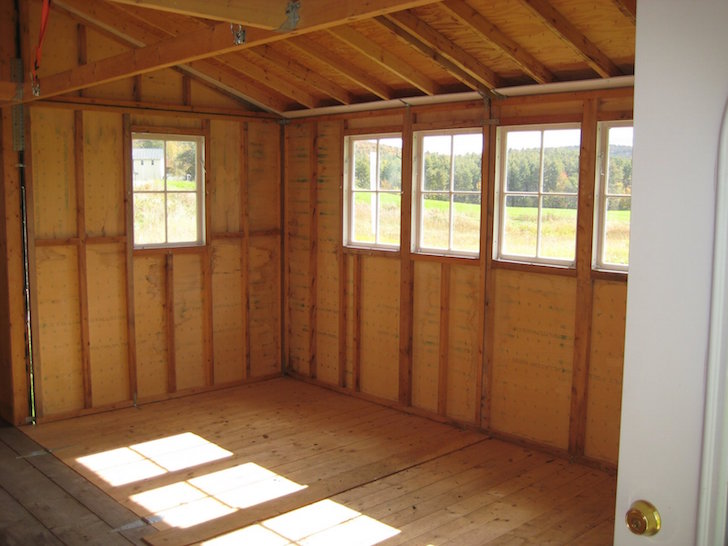 Watch how the Cai House unfolds in this 3D animated video created by Nick’s 17-year-old son.

Total cost for Nick to construct the prototype? About $41,000. See a more detailed breakdown here.

Nick made a website about the Cai House. While it appears no other examples of the design exist, I bet we see more commercially available transforming trailer-based structures in the near future. Let’s hope so at least!