Towing in gusty winds can be dangerous.

One couple from Connecticut recently learned this the hard way when their camper swayed and rolled off the highway, tearing open and sending their belongings off the side of the road.

Heading back after a labor day trip in New Hampshire, The Fishers were driving southbound on Interstate 91 near Exit 16.

The couple passed over an arched bridge when the camper started to fishtail.

As the Daily UV describes: “That segment of the highway essentially transitions from a pass between two hills into a river valley and there were notable gusts of winds coming down the length of it over the noon hour.”

The couple’s sons, Matt and Brett, were following close behind.  After the camper started to sway, they noted their father hit the brakes before “the SUV arced into the median, cut a gouge out of the grass-covered slope, and skipped sideways through the air several car-lengths before landing hard on all four wheels, while the camper rolled across the guardrail and ripped open behind them.”

Luckily, there were only minor injuries. 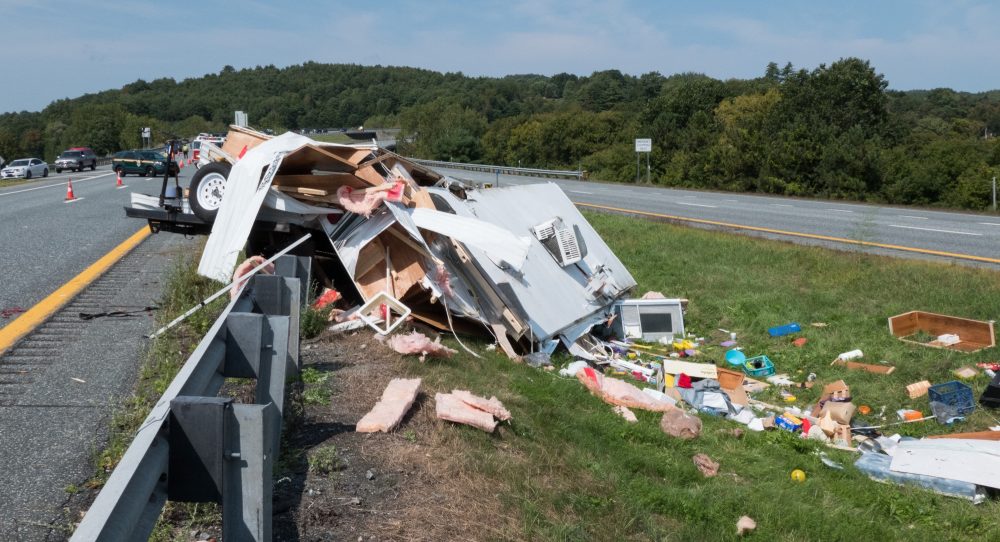 Matt told the Daily UV: “I think my mom broke her ankle and my dad dislocated his shoulder and hit his head.  He said he was alright but I think he’s in shock.”  He speculated the wreck was caused by the unexpected change in wind conditions. 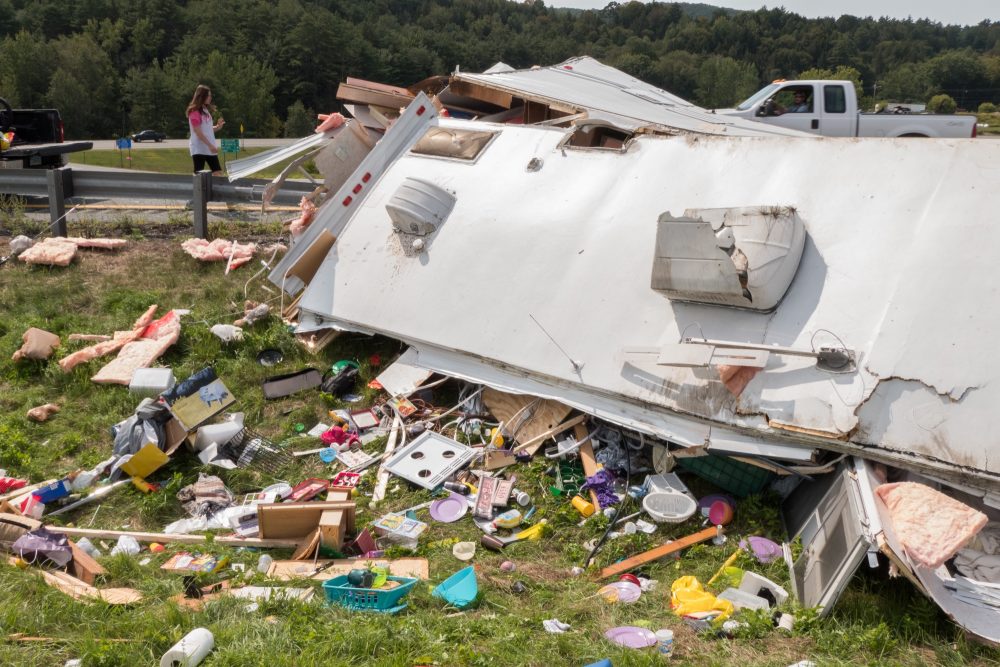 So how much wind is too much for your RV? 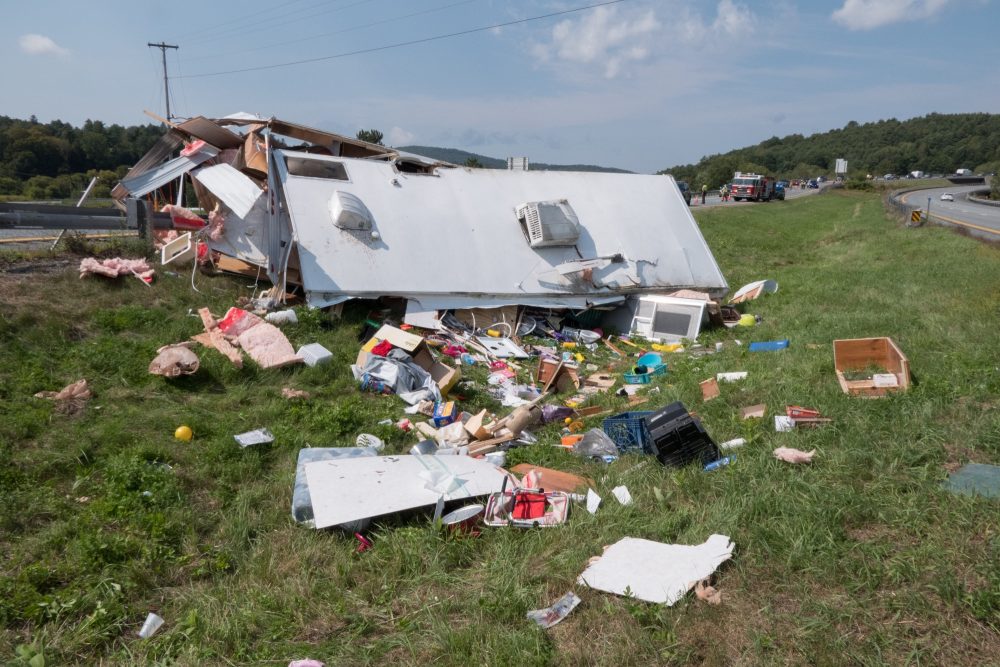 RVs can be impacted by winds as low as 10 mph. If the breezes pick up to 15-20 mph, the effects can be more noticeable.  Winds 30 mph and above may not be safe at all for some campers on the highway, especially if the conditions also include gusts. 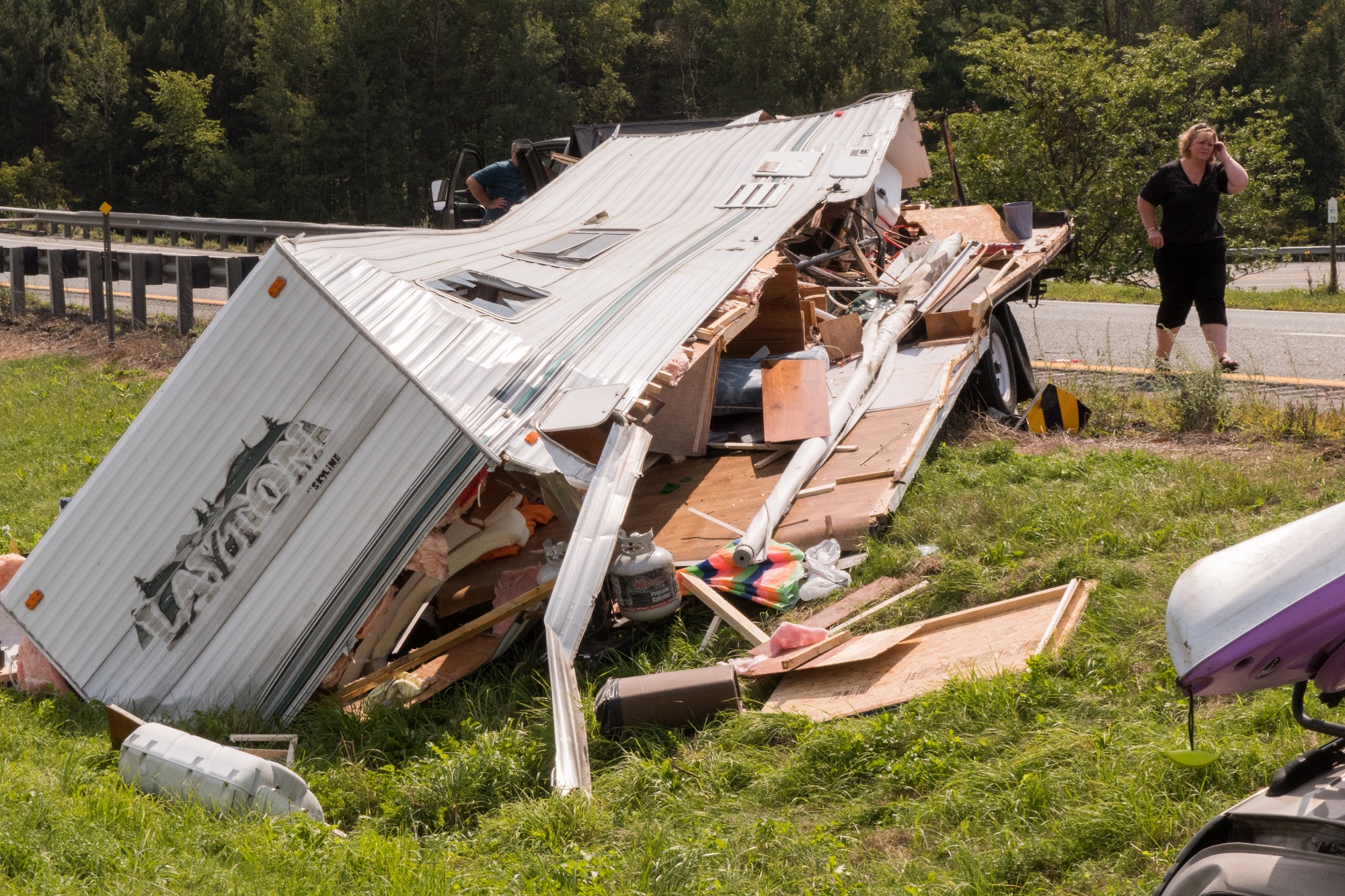 In addition to wind, several other factors can impact your towing. 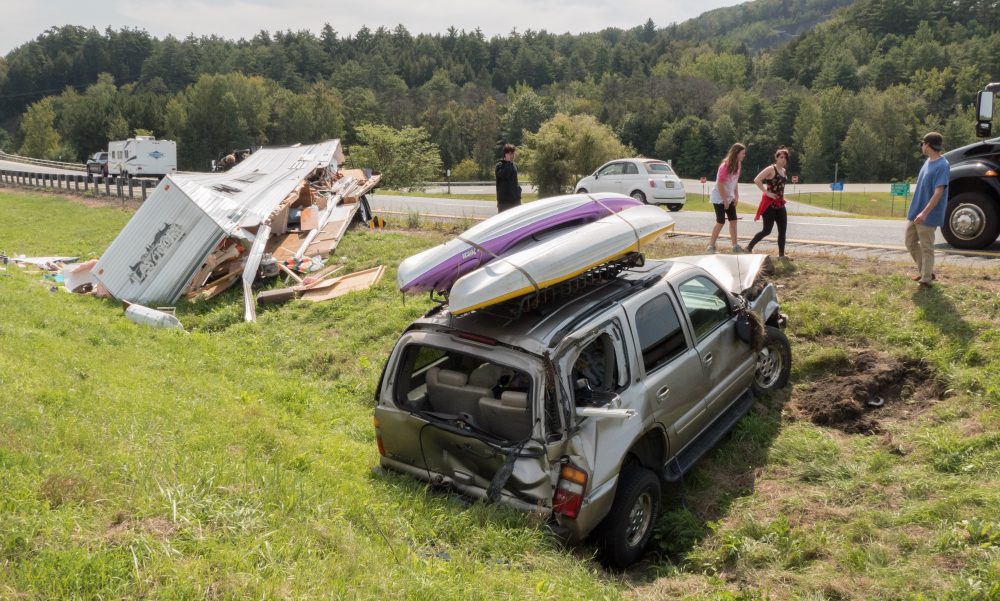 Your vehicle’s weight, departure angle (distance from the rear axle center to the rear bumper), weight distribution, steering aids, speed, and even tire pressure can all make a difference while driving in strong winds. 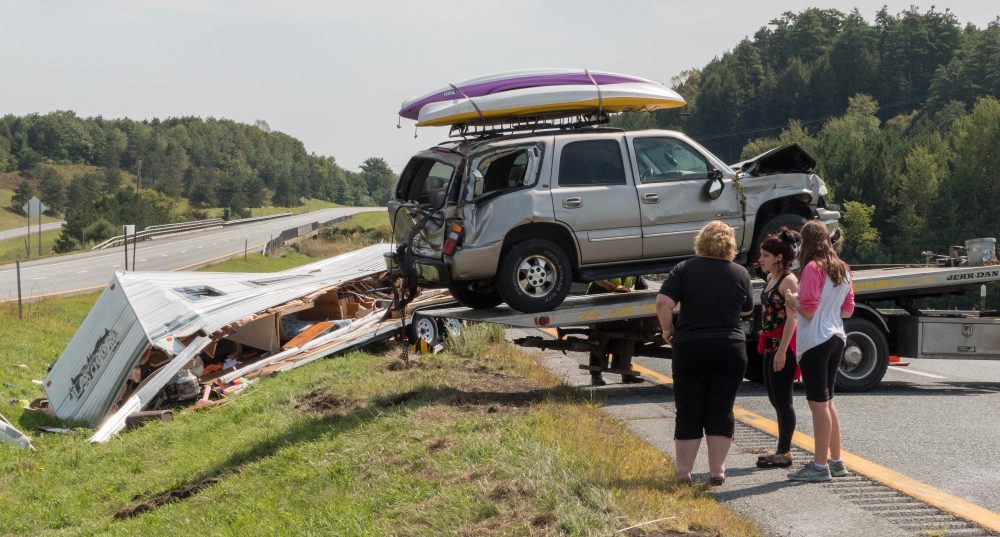 If you ever feel uncomfortable driving because of the wind, consider pulling over and taking a break for a short while.  As the saying goes, “It’s better to be safe than sorry.”

Thanks to Eric Francis from Daily UV for the photos.

See also: Watch This Speeding Camper Flip And Crash On The Highway [VIDEO]