Cast iron skillets are a versatile tool for campfire cooking. They can be used to make breakfast, lunch, dinner, and dessert.

Have you ever used a cast iron skillet? These versatile pans can turn anyone into a Guy Fieri of campfire cooking. You can use them to whip up everything from breakfast to lunch, dinner, and dessert. Plus, they’re relatively inexpensive. Pre-seasoned skillets go for $9 and up on Amazon, depending on the size (a medium 10-inch pan usually works great).

With their versatility in mind, we rounded up 15 of our favorite recipes—for all meals of the day—to give you some examples of why you need a cast iron skillet in your life.  Check them out below! 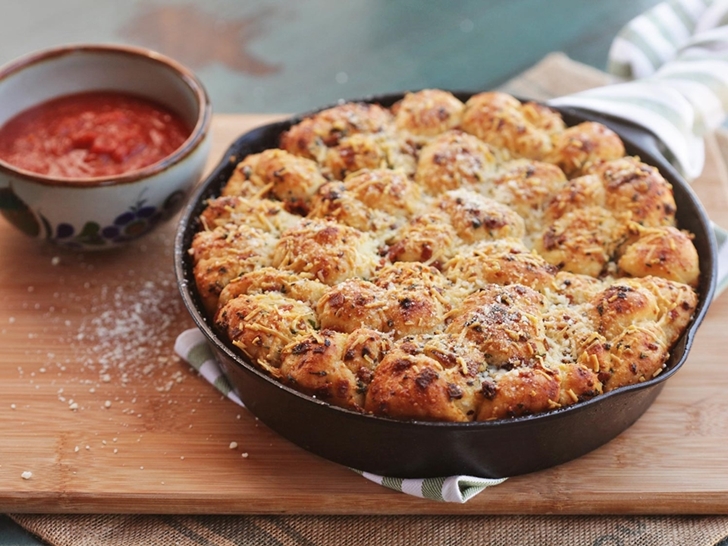 If you like pepperoni pizza, there’s a good chance you’ll be salivating over these pull-apart knots made with pepperoni strips, butter, and herbs. Serious Eats shows us how to make this simple dish on their blog here.

Photo by Your Cup of Cake

Ohh yeah…This is the kind of stuff we dream about for weeks. The best part is that it only takes three ingredients: Reese’s, butter, and marshmallows. Serve it with graham crackers and possibly a glass of milk. Get the recipe from Your Cup Of Cake. 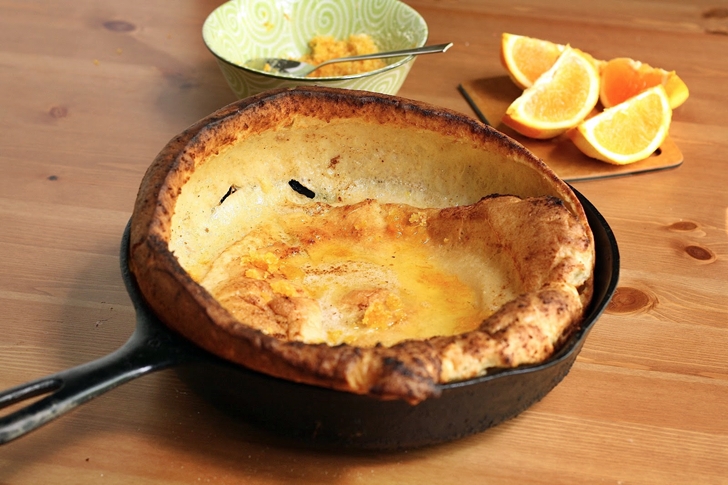 Imagine waking up and smelling these dutch baby pancakes cooking over the campfire. You can either drown them in maple syrup or add orange melted sugar over the top like this blogger did. 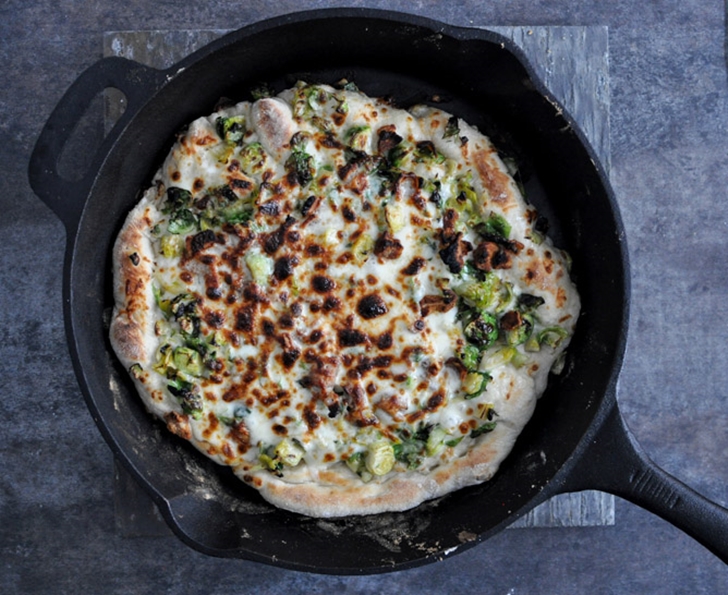 Photo via How Sweet Eats

Bacon and brussels sprouts make a great combination for pizza toppings. Not to mention cast iron skillets have a wide, shallow shape that cooks the crust to a crispy perfection. Get the full recipe from How Sweet Eats. 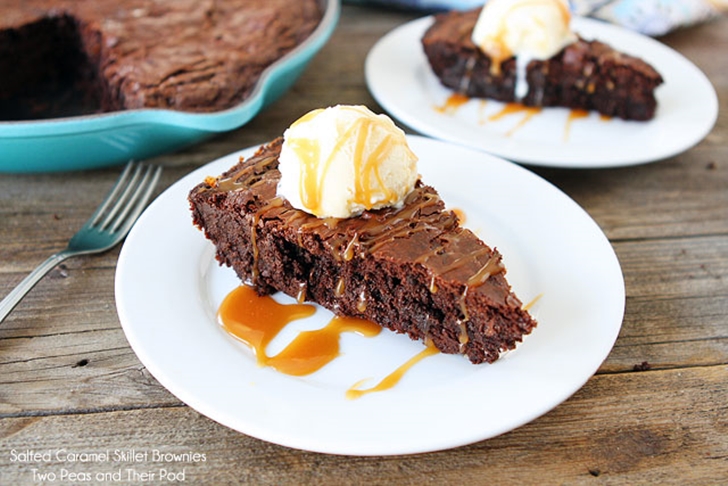 via Two Peas And Their Pod

When a brownie has fudge and caramel you know it’s going to be good. Print the full recipe on Two Peas And Their Pod. 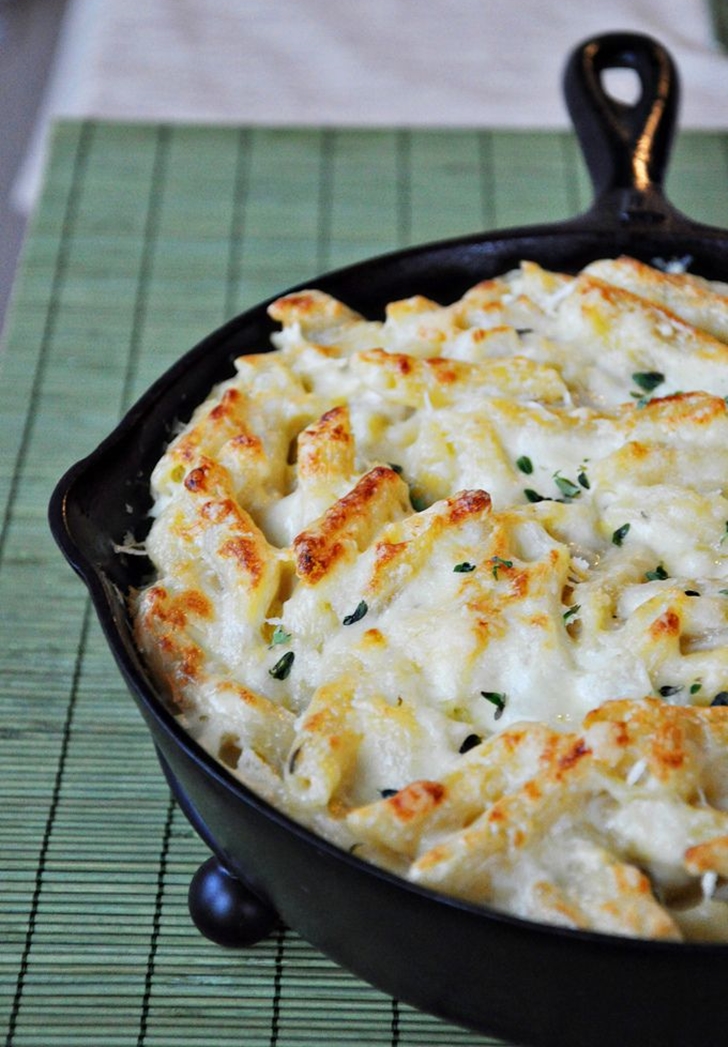 Mac and cheese is comfort food at its finest. Skip the regular Kraft Mac & Cheese and try this version from Cook Like A Champion. It’s made with penne pasta and a glorious combo of goat, Parmesan, and white cheddar. Get the full recipe. 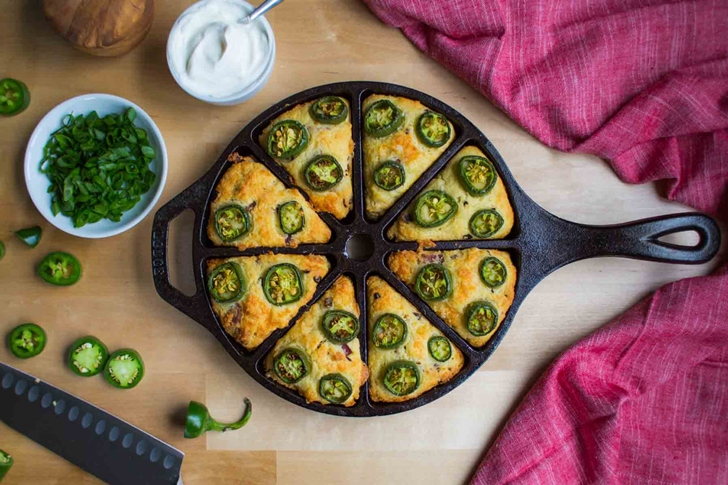 Jalapenos, bacon, and cheddar always go well together. Combine them with a regular cornbread recipe and you’ll take the southern classic to a whole new level. Check out the recipe from Lodge Cast Iron. 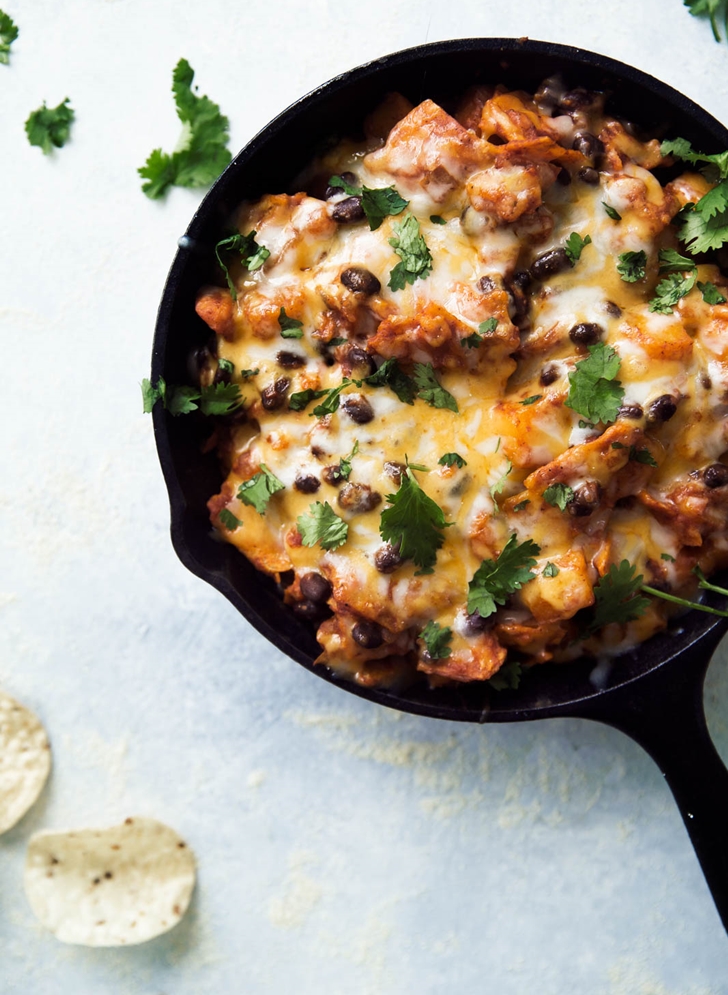 Made with black beans, butternut squash, and cheese, these simple enchiladas are hearty, healthy, and vegetarian. Ambitious Kitchen shows us how to make the Mexican dish on their blog here. 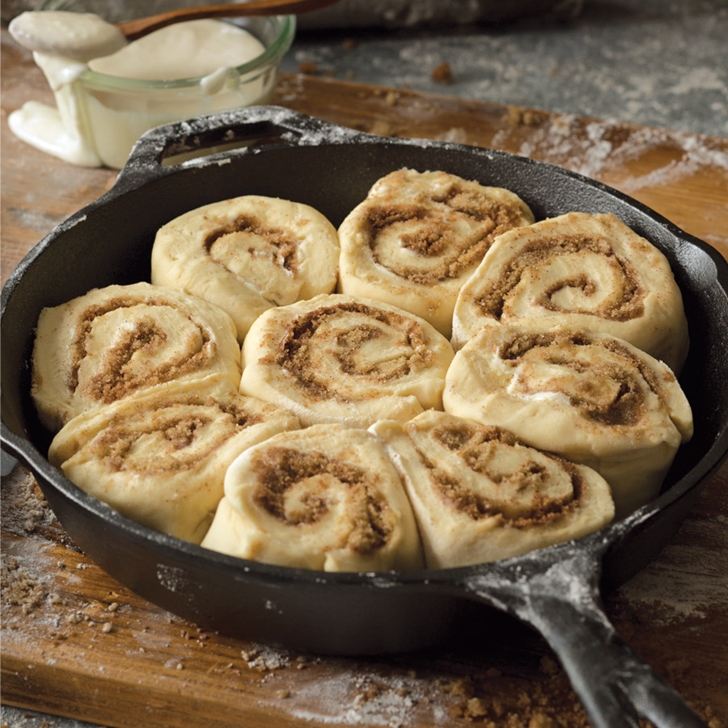 Start your day off right with some warm, gooey cinnamon rolls. Get the recipe from Hello Creative Family. 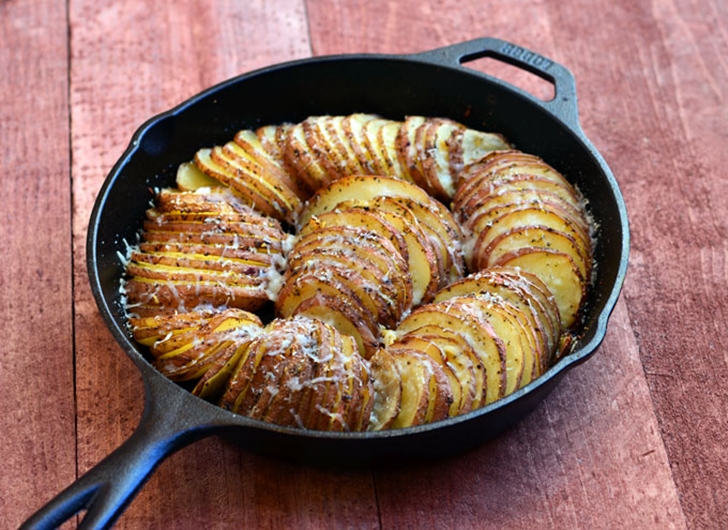 via Onion Rings And Things

If you’ve never hasselbacked your potatoes, you’re in for a great surprise. It involves slicing potatoes and stuffing cheese and herbs in-between. Try this recipe from Onion Rings And Things loaded with minced garlic and Parmesan. 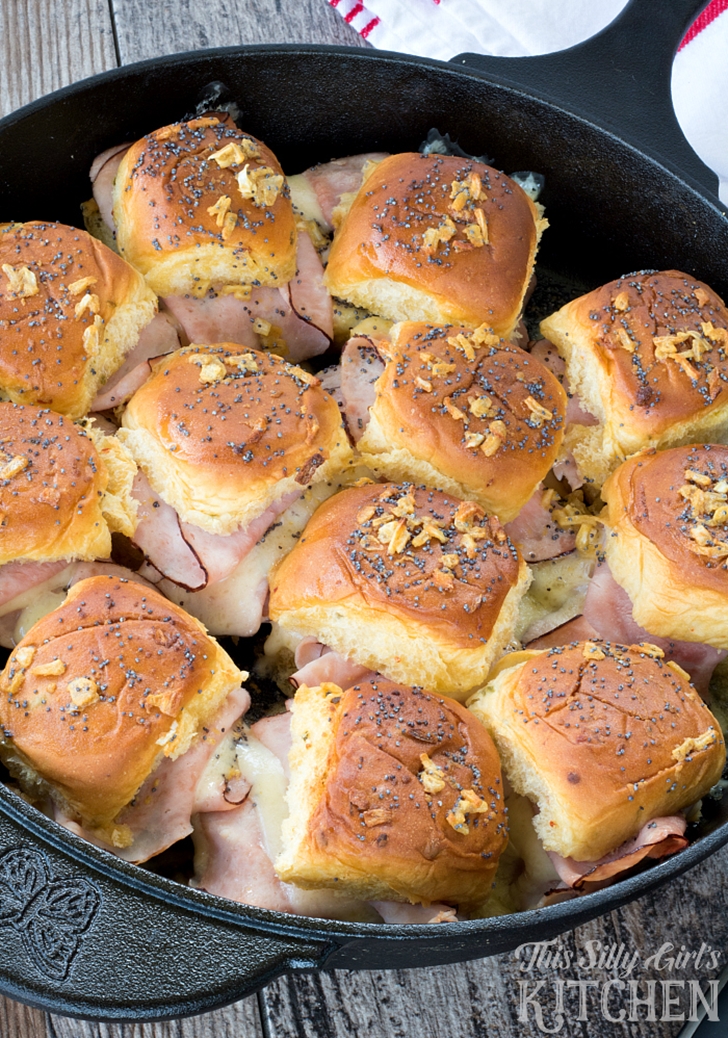 via This Silly Girl’s Kitchen

Made with Kings Hawaiian Jalapeno Rolls and drizzled in savory butter sauce, these baked ham & swiss sliders are a hit at lunches, tailgating parties, and potlucks. Find the full recipe from This Silly Girl’s Kitchen. 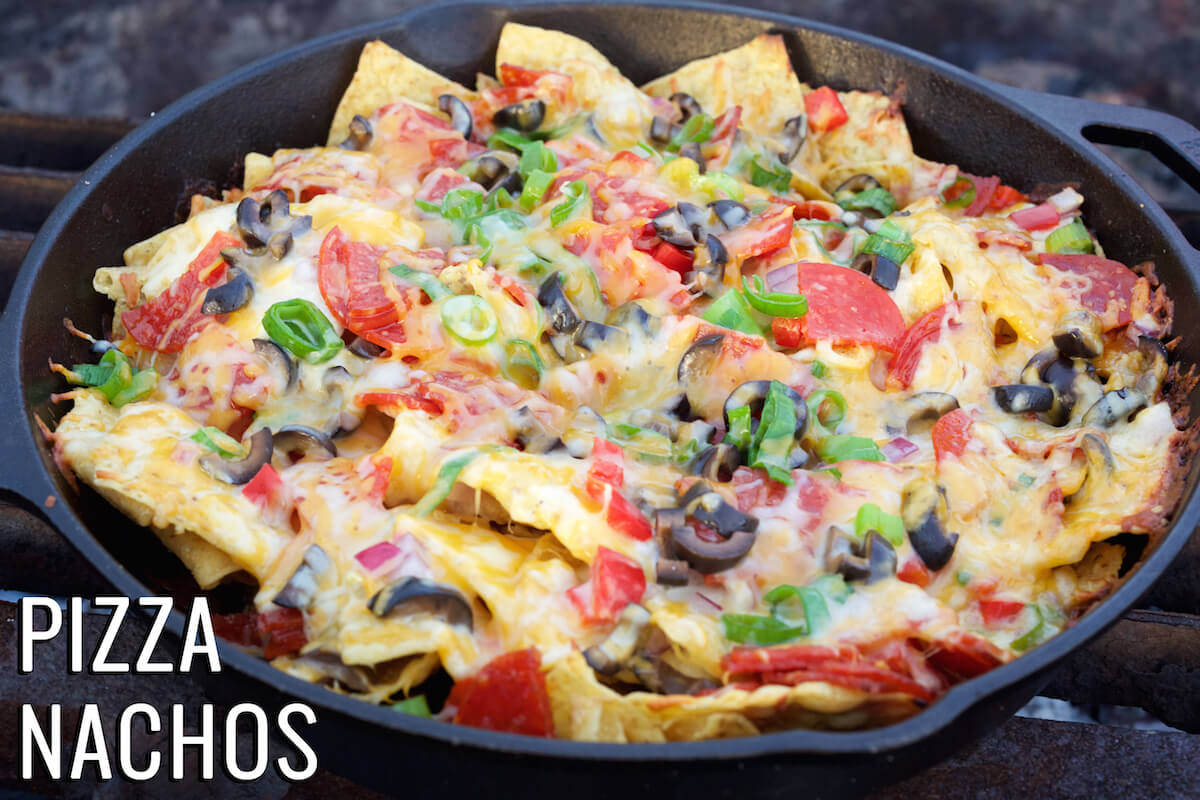 via Cooking With Janica

When you can’t decide if you want pizza or nachos, combining the two is the only way to go. Cooking With Janica shows us how to make this heaven-sent combo with pepperoni, olives, onion, bell peppers, and melty cheese on her blog here. 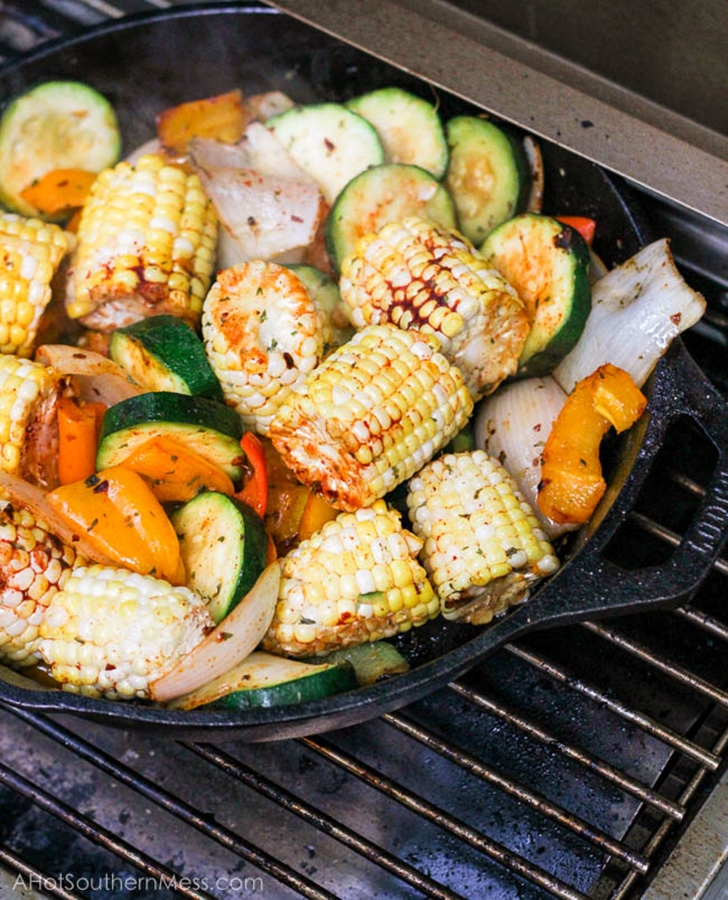 Photo by Bless Her Heart Y’all

Simple and straightforward, grilled veggies pair well with any main dish. Fire up some zucchini, corn, bell peppers, onions, oil and spices in your pan for a savory side to your steak, sandwiches, or burgers. For the full recipe, click here. 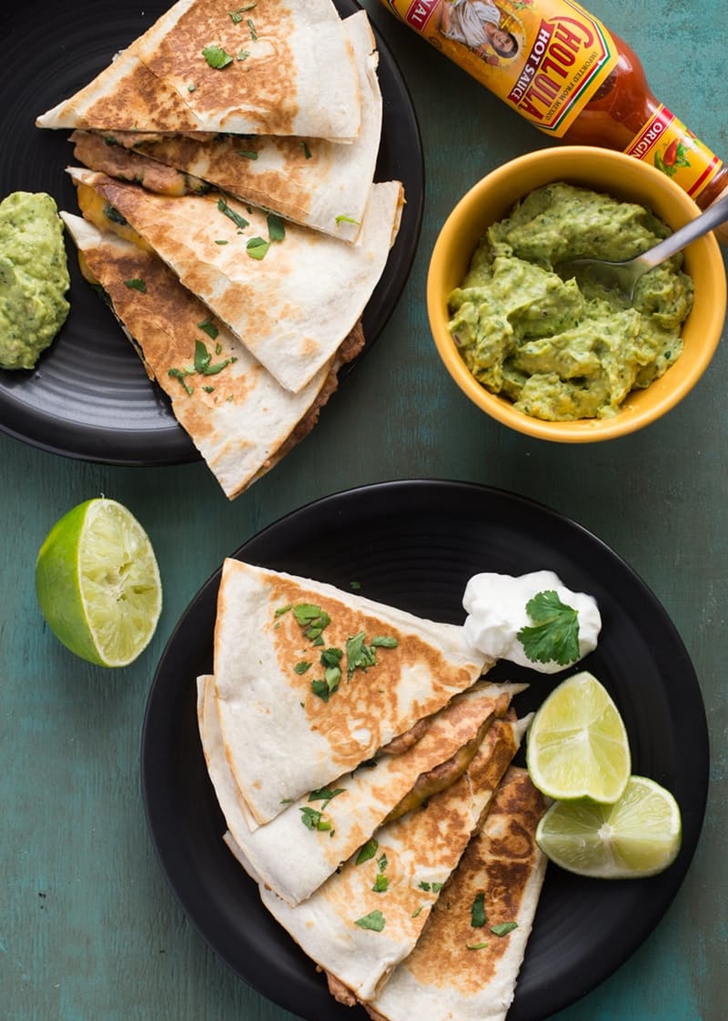 Photo by The Kitchn

These quesadillas from The Kitchn call for a regular frying pan, but tossing them in a cast iron skillet gives their exterior a nice crispiness. To change things up even more you can swap out the refried beans for black beans or pintos. Get the recipe here. 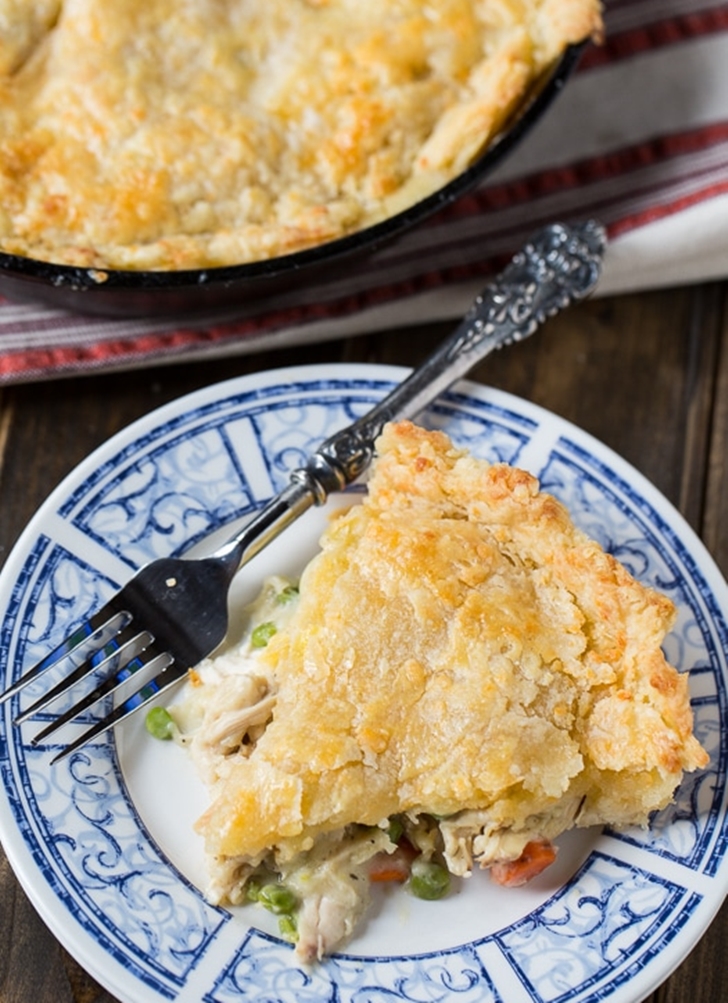 You can never go wrong with a classic one-pot-meal like Chicken Pot Pie. This one from Spicy Southern Kitchen can also be made in a cast iron skillet for a flaky, golden crust. Get the recipe here.

For more recipes, check out these Delicious Meals You Can Make With An Instant Pot