You may have seen them on TV, on the big screen, or their albums in stores, but many celebrities love the freedom of a home-on-wheels just like the rest of us. Some own classic RVs and trailers, but other big-name stars shelled out millions of dollars customizing their own luxury motorhomes. Here’s a look at eight well-known actors and musicians who you may have never guessed would have their own rig.

McConaughey owns a customized 2004 Airstream International CCD 28, parked only a stone’s throw away from the water in Malibu. The Oscar-winning actor’s silver bullet is decked out with a chill surfers vibe and mainly used for relaxing, making music, and working on his clothing line “Just Keep Living“. 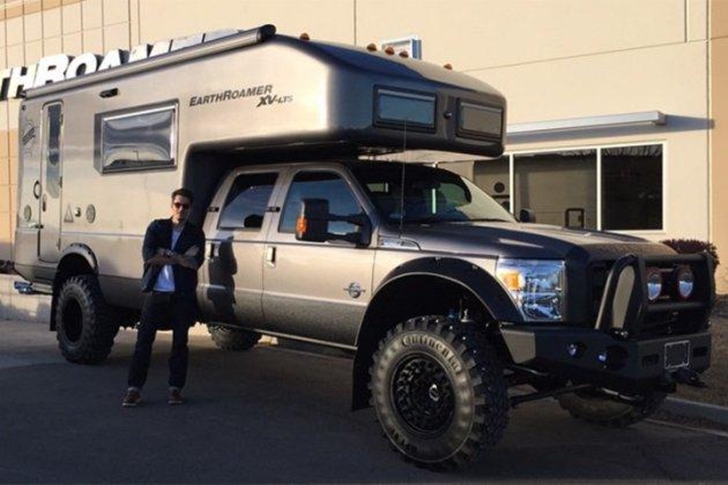 When he’s not on tour, singer-songwriter John Mayer loves heading off-road in his beastly EarthRoamer XV-LTS. The truck camper’s equipped with a Power Stroke V8 engine that puts out 300 HP and 600 lb ft of torque, making it capable of handling just about any type of terrain. 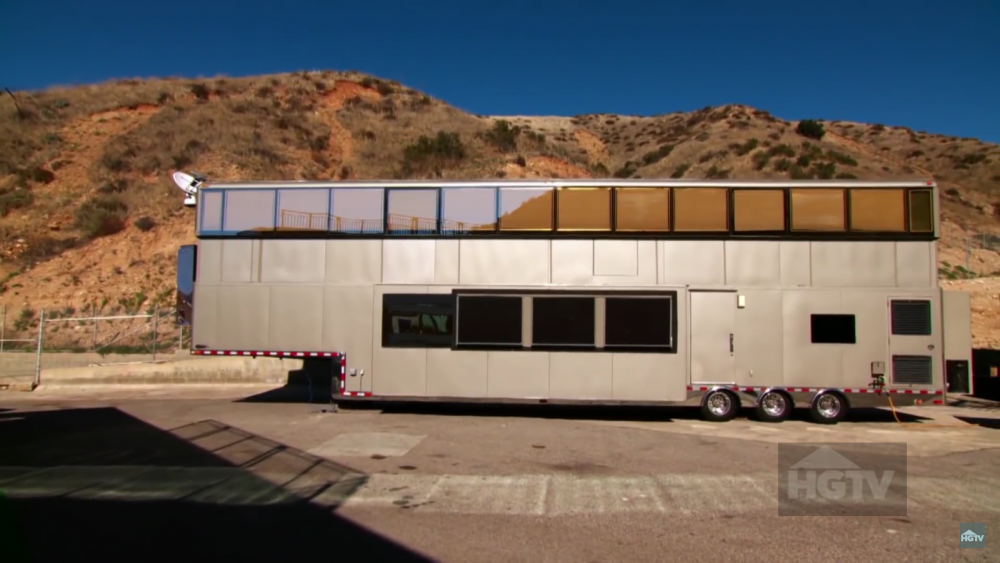 Famous TV personality Simon Cowell has a mobile estate valued at $2 million. The 2-story RV doubles in size at the push of a button and has its own 24/7 doctor’s office. At 1200 square feet, this top-of-the-line trailer has a contemporary style with wide-open space and large comfy couches. It’s equipped with a state-of-the-art sound system and 65-inch 3D theater. Check out the full tour from HGTV’s Celebrity Motor Homes: 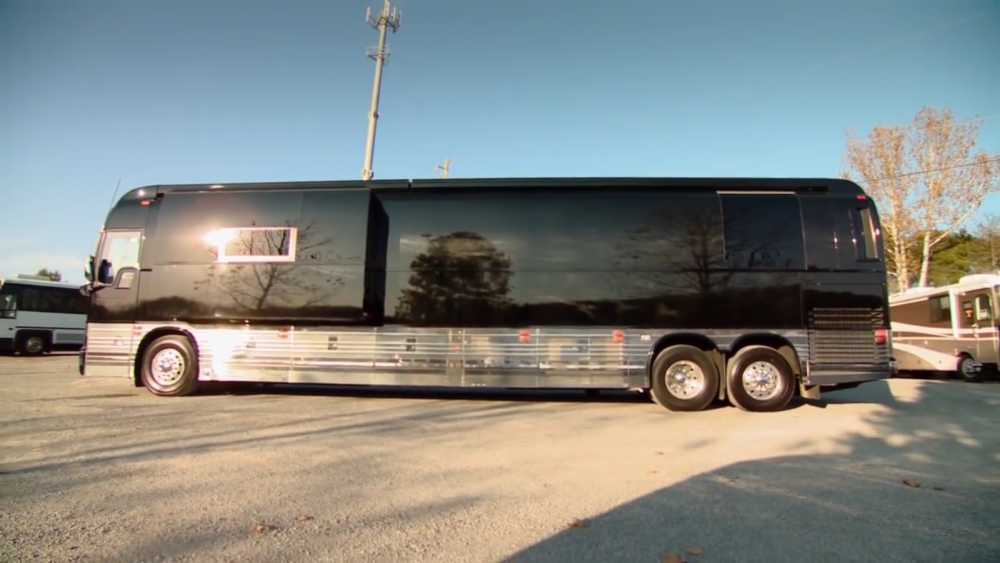 Country music star Kellie Pickler grew up in a trailer, so after hitting the spotlight on American Idol the singer got her very own customized luxury home-on-wheels. The RV was built to suit her every need, with a bedroom that doubles as a mini spa, a built-in kennel for her three dogs, and extra shelving space for her shoe collection. Here’s the full tour from HGTV: 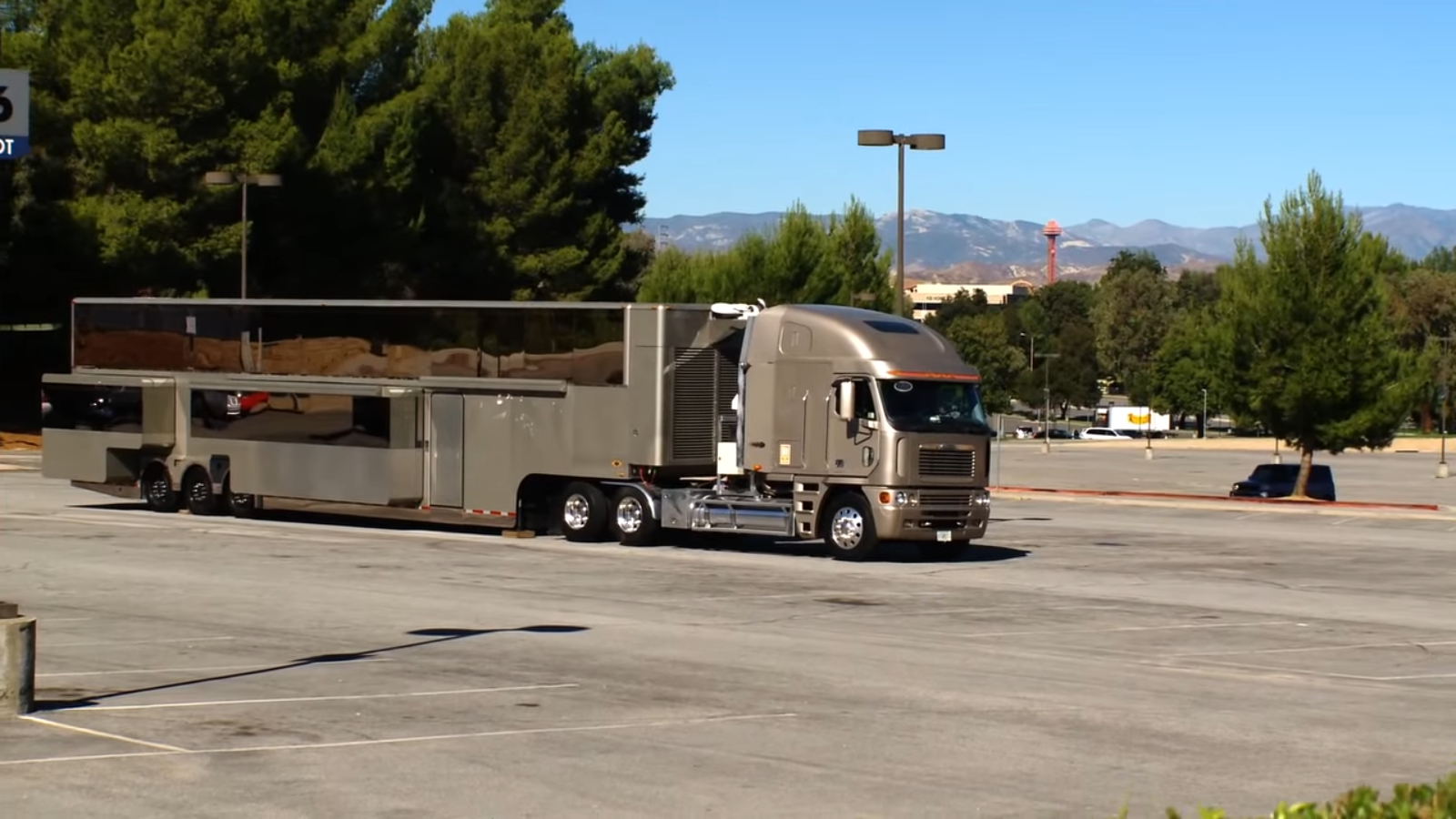 A-list actor Will Smith lived in this skyscraper-on-wheels during filming for movies like Men In Black III and The Pursuit of Happiness. Estimated at $2.5 million, the massive 2-story RV is built with a full kitchen and dining room, as well as a makeup area, wardrobe, and 14 flatscreen TVs. Check out the full tour: 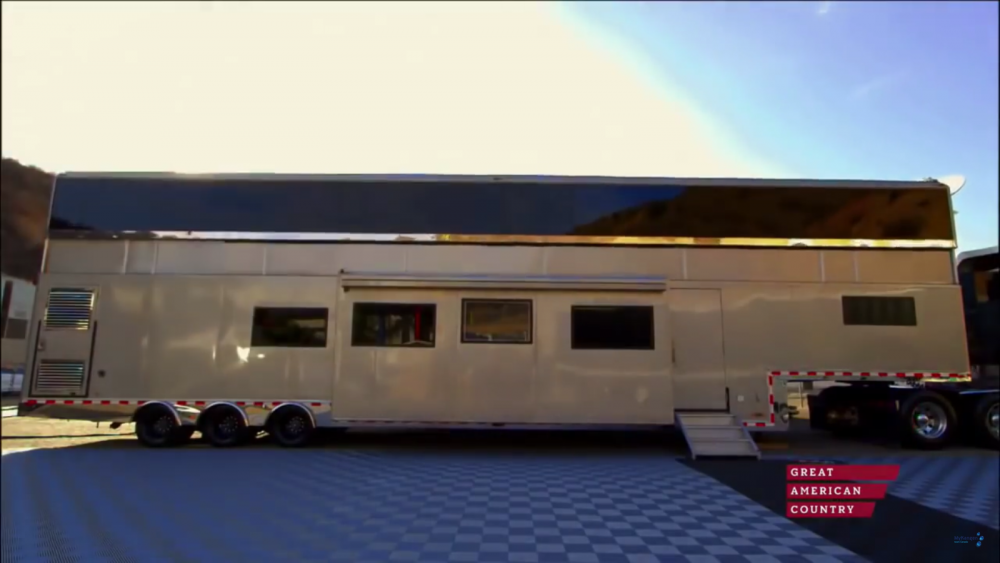 One of the most surprising RV owners on this list is pop music star Mariah Carey. The Grammy-winning artist has a 2-story rolling mansion with a makeup station and a 2nd-floor club space.

With features like a 15-foot couch and 65″ flatscreen with high-grade surround sound, her top-of-the-line motorhome is valued at about $1.8 million. See the inside in this video from HGTV:

Actor Jeff Daniels, best known for his role alongside Jim Carrey in “Dumb and Dumber”, isn’t only an RVer but he’s avid about the lifestyle. Daniels lives in a Gulf Stream Tour Master and has even made a web series about his trip around Michigan’s Upper Peninsula. He says, “I don’t think you can call yourself a real American till you’ve been behind the wheel of an RV.”

The lead singer of Green Day tows a renovated Airstream trailer designed by Junk Gypsy. It’s decked out with surfboards, Moroccan wood accents and poufs, vintage stereos, a fridge, and a horseshoe over the door.

You may also like Dierks Bentley and Miranda Lambert’s Airstreams designed by Junk Gypsy.