Dustman0042 is an Instructables contributor who shared a simple, but rugged micro camper on the DIY website.

The 40-square-foot camper (named “Bob”) looks like a tiny house, but it’s actually made from a 40-year-old 5×8 foot cargo trailer. Dustman0042 says that if you are looking to build your own camper, any old, cheap trailer will work.

His five step process is available on the Instructables website as well as tips on how to convert it into an insulated camper complete with full hookups, a folding outdoor kitchen, and a queen mattress. The best thing? He built the camper in three weeks AND it only cost about $800.

Dustman0042 used a cheap, single axle cargo trailer, but he suggests you can use any trailer that still has a good base, even if it’s nearly rotten up top. He suggests keeping an eye out for old cargo trailers, jet ski trailers, animal trailers, or anything in a size that appeals to you.

He gutted the trailer and cut off the back and roof. Another suggestion: remove anything you don’t want to keep, but keep anything you think could be useful.

A 40-year-old trailer was used as a base for the camper. 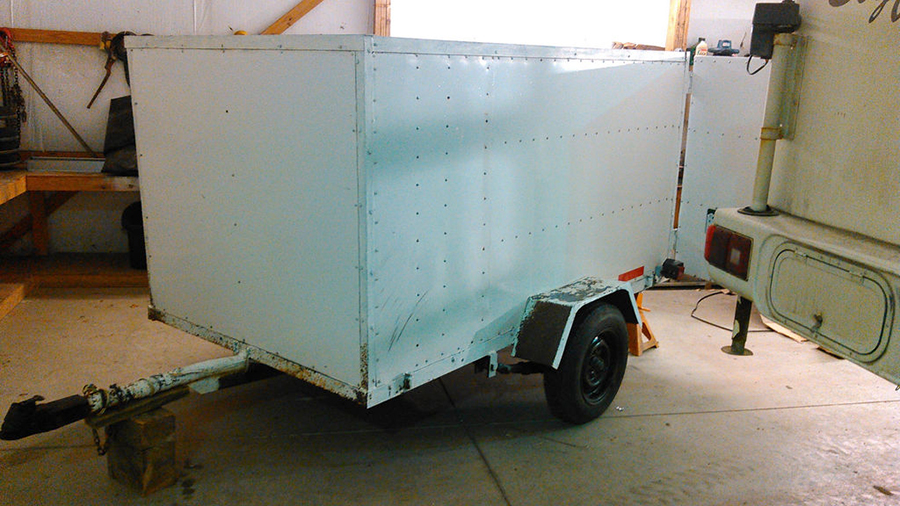 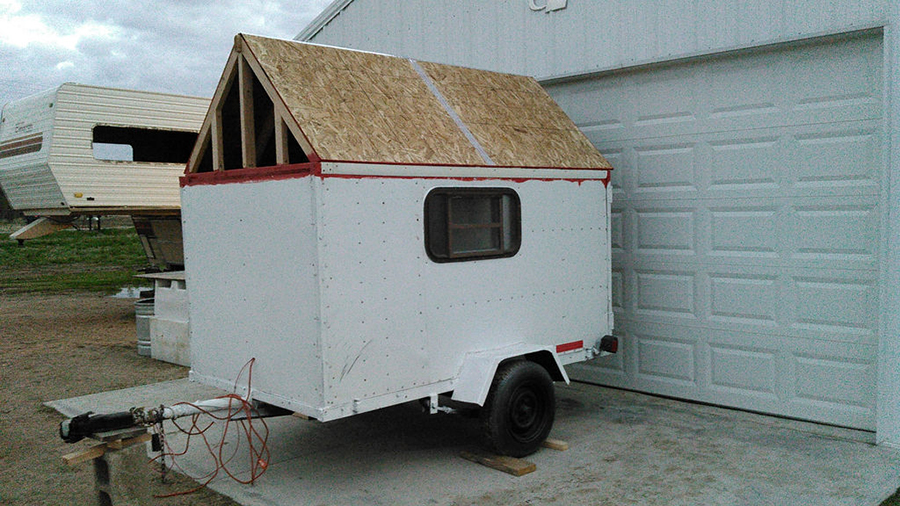 He then framed out the back and the sides to hold a small door and some used RV windows. He used 2×3 studs and then built a pitched roof that is tall enough to stand up under. He covered the roof with corrugated metal sheets and added reclaimed wood to the front in an interesting pattern. 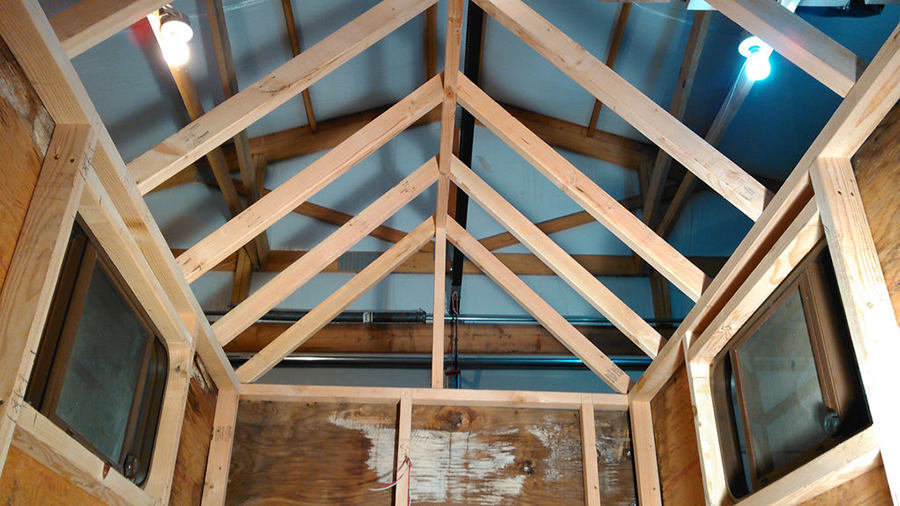 The interior was framed with 2x3s and insulated. 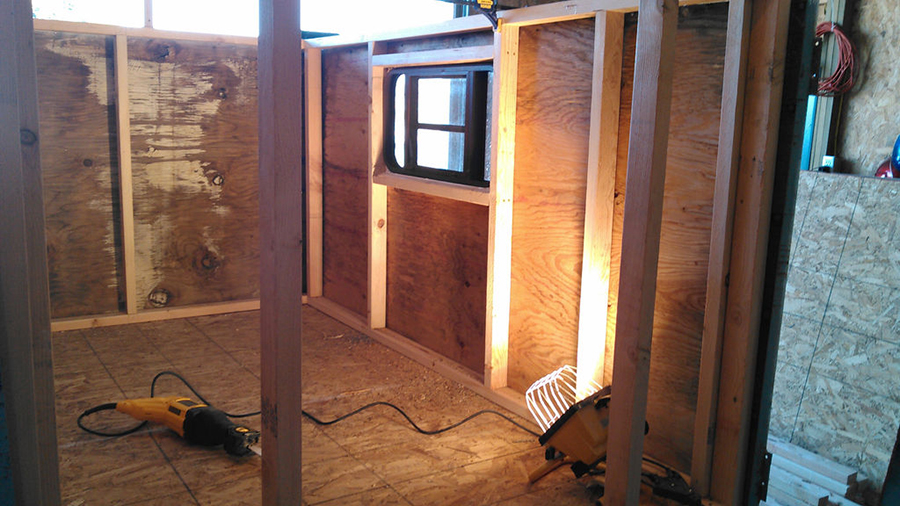 A used RV door was cut down to size for the front of the camper. 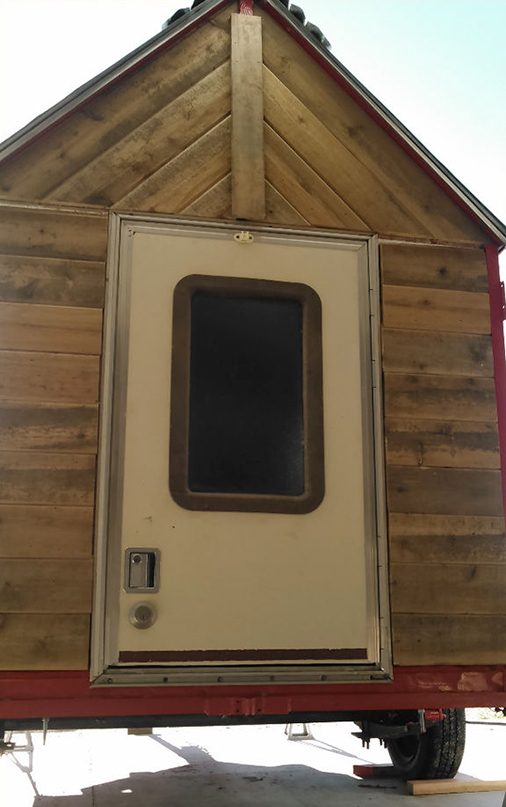 The walls are insulated with R-13 insulation, and Dustman added a used RV door that he cut down to size. Dustman then sided and trimmed the interior with reclaimed tongue and groove cedar and birch bead board and installed LED lights. He added a cargo box to the tongue where the deep cycle battery and 110 V power inverter are stored.

A cargo box on the front tongue holds the deep cycle battery. 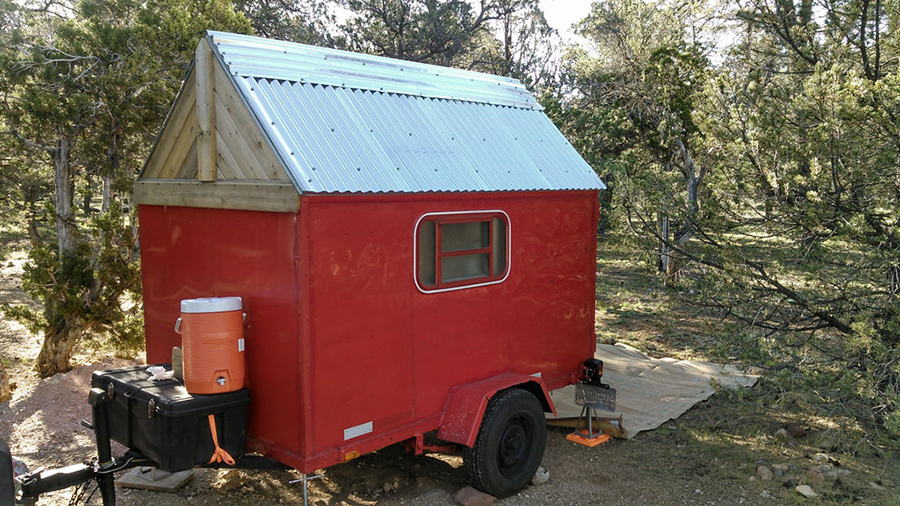 The interior includes birch bead board, cedar trim and a queen mattress. 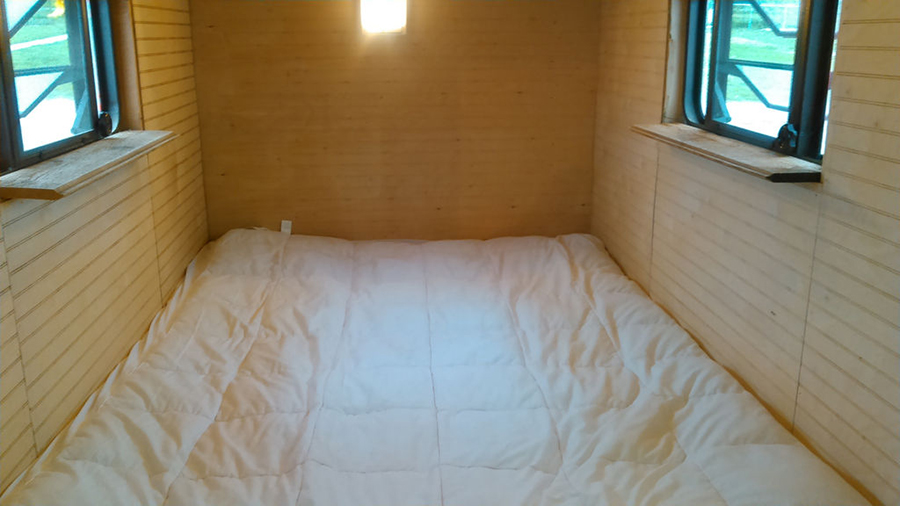 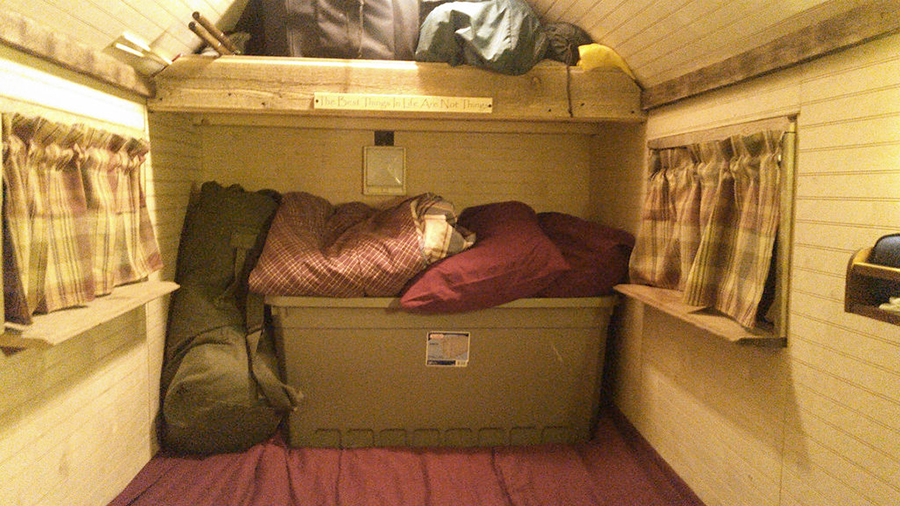 Dustman tows the camper with a Nissan Xterra and just completed a 2,400 mile trip with it. He is now offering custom building of micro campers and tiny houses.

You may also like: How To Build A DIY RV Slide Out