Skip to content
Table of Contents show
Dan, his wife and baby camp out of a Chevy van with a Sportsmobile “penthouse suite” upgrade.
The van has a pop-up rooftop bed and a kitchen platform built from used rafting parts.
There’s enough room for the whole family!
The family has enjoyed trips to Utah and Northern California.
SEE ALSO: This Man Could Have The Ultimate Off-Road Camping Rig
Share this post:

Dan Abrams, co-founder of Flylow Gear, and his wife live in Lake Tahoe and enjoy taking advantage of all the outdoor sports the area has to offer. To add a little spice to their trips, they also bring along their infant daughter.

The family excursions into the mountains are made a little more comfortable with their converted Chevy Express Van, which they purchased last year for $9,200. The couple spent another $7,500 to have the Sportsmobile company install a nifty pop-up camper top onto the 2003 passenger van.

Dan, his wife and baby camp out of a Chevy van with a Sportsmobile “penthouse suite” upgrade. 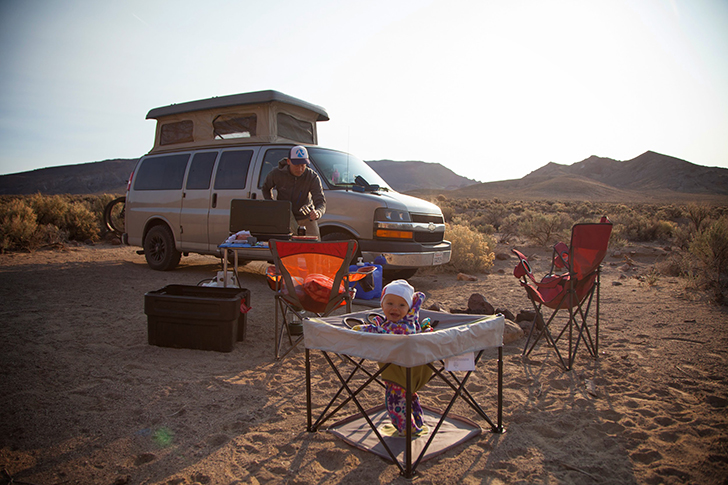 Sportsmobile installed the “penthouse suite” camper top where the couple sleep in comfort with views out of the collapsible windows. Dan said that it’s the same system the company use on their full conversion fans, but costs a lot less.

RELATED: You Won’t Believe How Easy It Is To Raise The Roof On This Ford Van

Dan continued to update the van for outdoor living by installing a removable platform in the back of the van out of used rafting parts. The plan was to fit coolers and a camp kitchen underneath the platform as well as extra storage and a second sleeping space for children. Dan and his wife also use the space to store skis and dry gear during winter ski season.

The van has a pop-up rooftop bed and a kitchen platform built from used rafting parts. 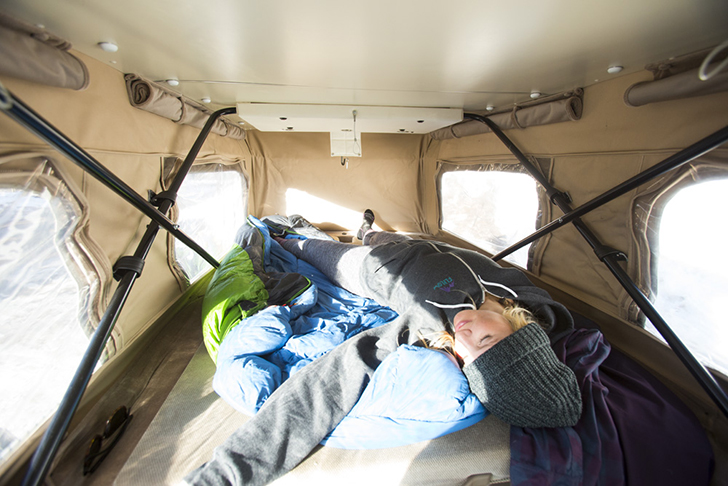 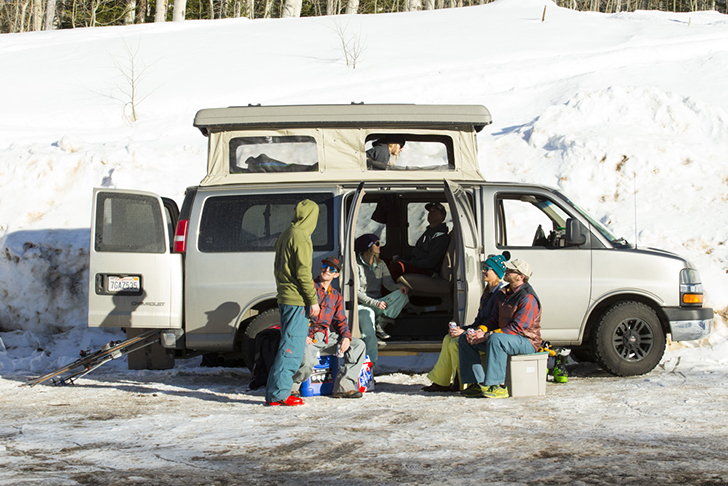 Dan said that hacking his own van kept costs down while still having a dependable vehicle ready for rugged camping trips. The V8 engine on the van can tow a boat and does great in the snow. The couple tend to cook outside when the weather is good, but can move their kitchen inside if it becomes stormy.

The family has enjoyed trips to Utah and Northern California. 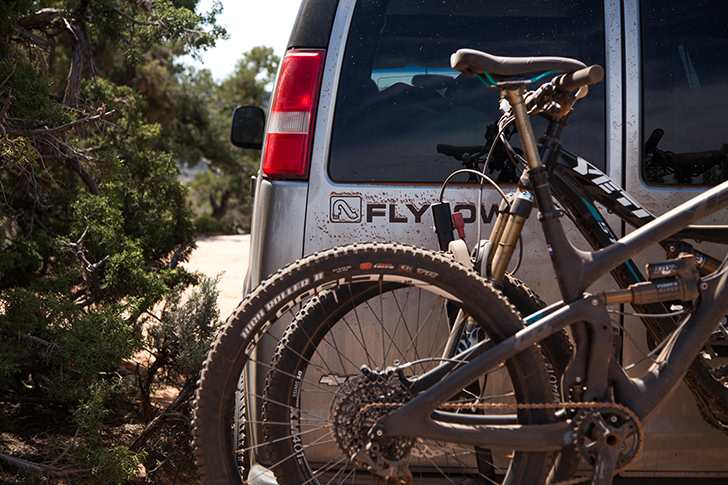 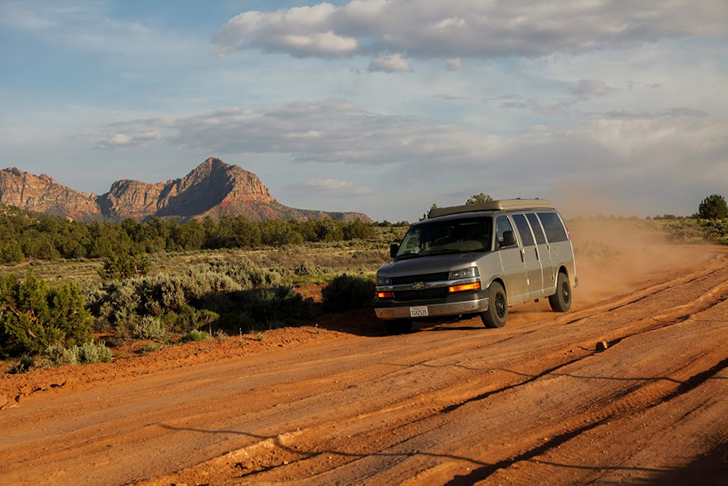 The couple’s trips (with infant in tow) have taken them to San Francisco and Los Angeles, Gooseberry Mesa in Utah and the epic mountain bike trails of Sierra County in the Sierra Nevada range in Northern California. 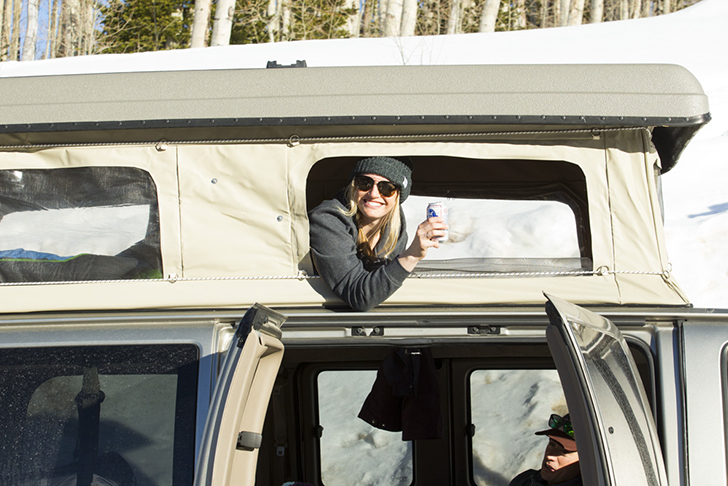 Sportsmobile specializes in travel van conversions and sells their own 4×4 brands that include features like rock crawling capabilities, luxury interiors, toilets, showers and racks for outdoor sports gear.

SEE ALSO: This Man Could Have The Ultimate Off-Road Camping Rig