Two young Texans wanted to live near Austin but didn't want to pay through the nose for housing. So they built their own mobile home and live in an RV park.

Eddie and his wife Lacey wanted to live close to Austin, Texas but they weren’t interested in paying high rent or buying a six-figure home. Eddie works as a real estate agent in Texas and knew about the growing trend of building and living in your own tiny house on wheels.

I know tiny living isn’t for everyone, but I’m happy to be qualified to show people an alternative to large homes.

The young couple outside their completed tiny home. 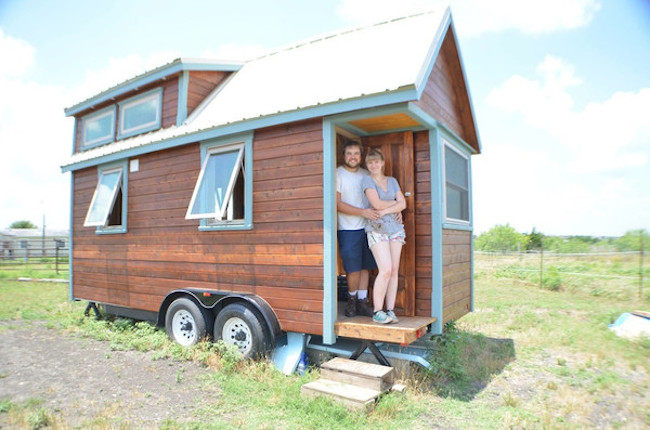 Eddie bought plans for a Cypress 18 model from Tumbleweed Tiny House Company after attending a tiny house building workshop several years ago. He set to work on the project, although progress was slow.

While halfway through their tiny house build, Eddie and Lacey went to another workshop together. With renewed enthusiasm, the two completed their home and parked it at an RV park outside Austin, Texas.

Their rented spot costs $350 a month, and includes WiFi, water, and electricity service. 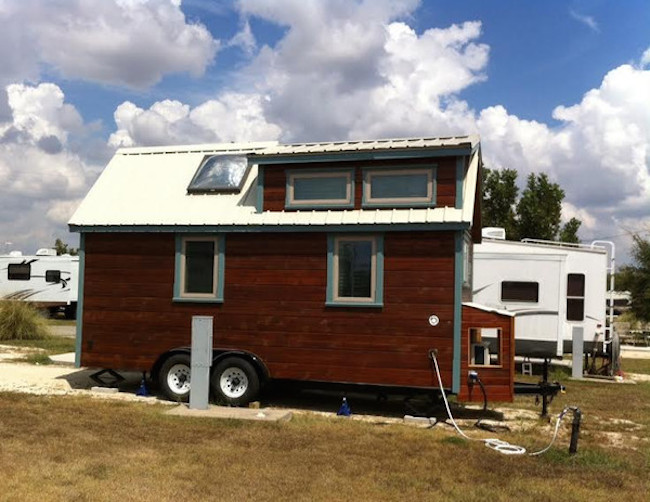 I’ve always had a very organized mindset, and regularly purged items that just take up space so I’ve been well prepared for tiny living most of my life and didn’t know it.

Inside the home as it neared completion. 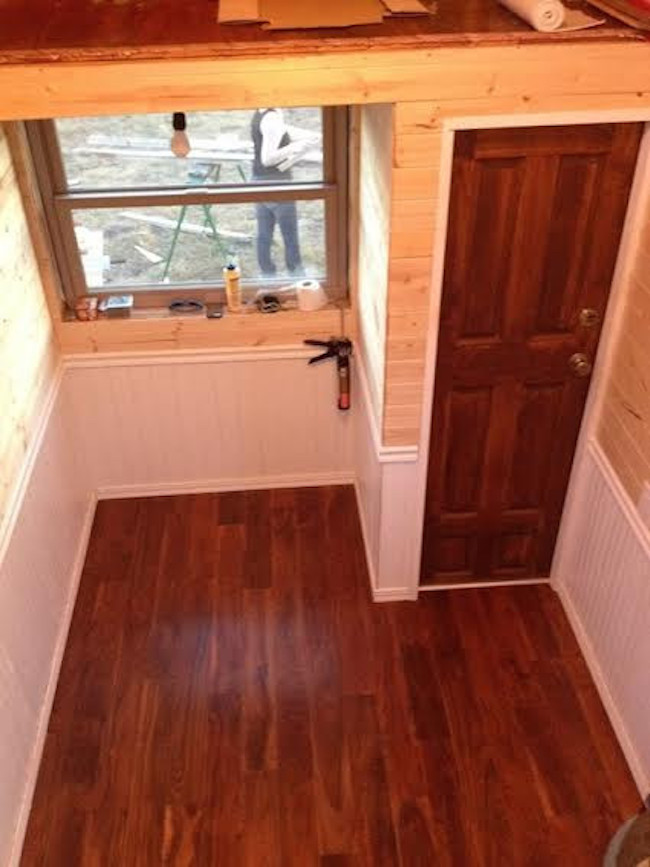 They use a ductless Klimaire 9,000 BTU Mini Split for air conditioning and heat. 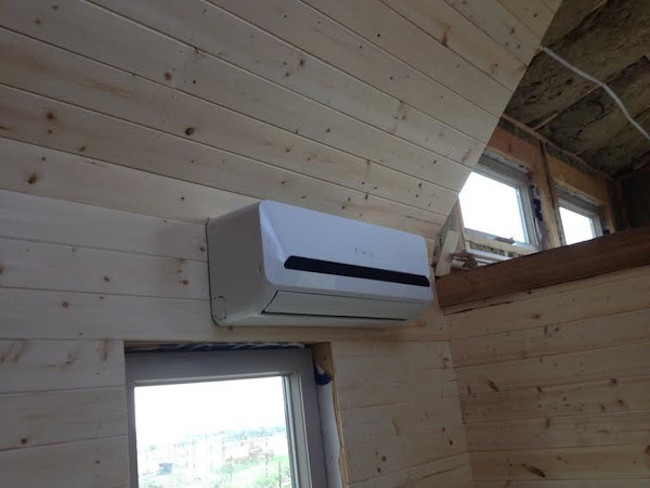 Which is great for keeping the lofted sleeping area cool in the Texas sun. 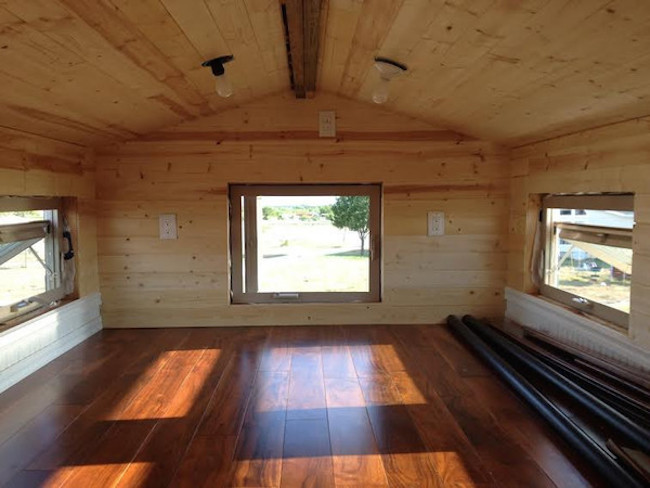 Eddie and Lacey with their dog, Clark. 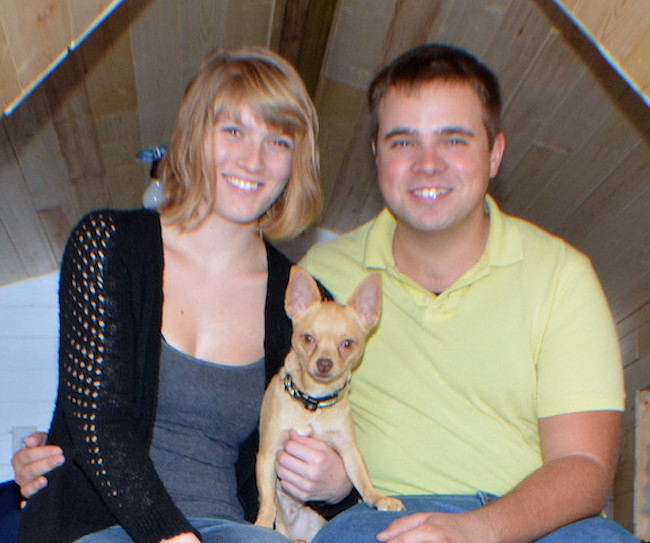 Having gone through the entire build process themselves (Lacey’s father Scott also helped), the two have some words of advice for would-be tiny house builders.

Give yourself a realistic timeline. It’s easy to want to have it built it a couple months, but if you are inexperienced like we were, you probably can’t expect that much.

See photos of the entire build process and completed interior at Eddie and Lacey’s website, Deliberateering.