With the rise of popularity of dispersed camping on public lands, many RVers may not know the history or the rules for camping on these national treasures.
18
SHARES
6638
VIEWS
ShareTweet

If you primarily go camping in the western United States, you are probably familiar with dispersed camping. Dispersed camping is the term used for camping anywhere in a National Forest, on Bureau of Land Management (BLM) lands, and some Wildlife Management Areas (WMA), state forests and National Grasslands. Certain high-use areas or sensitive habitats may not be available for dispersed camping and will have signs for no camping.

This type of camping is free to the public and away from more developed campgrounds. In addition, these areas are usually far away from towns and urban areas and make for wonderful recreational camping.

Thanks to modern information sources such as Google Earth, GPS, and travel bloggers, finding these free places to camp is easier than ever.

However, also because of the popularity of living full-time or part-time out of an RV or van, there are more people than ever attempting to stay longer on these public lands.

Due to more traffic and use, more dispersed camping rules have been enforced over the years. The initial dispersed camping rules were made for recreational camping rather than full-time living on public lands. The focus of these rules is to keep the lands open and available for all members of the public rather than just a few people who feel they can camp indefinitely in one spot.

What is the history of dispersed camping?

Public lands have a long and varied history, but you can thank 26th President Theodore Roosevelt for dispersed camping. In 1901, Roosevelt addressed Congress and called for forest conservation and the creation of free campgrounds on federal lands.

Out of the 640 million acres of federally managed land, the most (614 million acres) is managed by the Bureau of Land Management. These lands are actually the “leftover” lands not designated as homesteading or agricultural lands during the westward expansion of the 1800s. Alaska has the most public lands with over 223 million acres that comprise nearly 85 percent of the state.

What is this 14-day limit all about?

The majority of public lands that allow for dispersed camping have a 14-day limit for staying in one spot. The rule of thumb is that if you stay at a site for the maximum allowance of 14 days, you then have to move to another site at least 30 miles away and can’t come back to the same spot for 30 days.

According to the U.S. Department of Agriculture, dispersed camping is allowed in a one-mile perimeter away from developed campgrounds and 100 feet from any stream. To prevent damage to local resources they also recommend keeping a campsite within 150 feet from a roadway.

These rules can vary between different areas and there are not always signs indicating camping rules. The best way to find out the time and space limitations is to visit the website of the area you are planning to visit or to speak to a local BLM or National Forest ranger.

How can I be a good dispersed camper?

Because dispersed camping is free and typically in more remote areas, there are usually no services such as trash removal or restrooms. In some places, there may be some facilities such as tables, fire rings, and even a pit toilet.

Because the areas are free, it is the responsibility of each dispersed camper to leave their campsite exactly or even better than they found it. Learn about how to go to the bathroom in the woods and in areas (such as the desert) that can’t handle human waste, be sure to use a bucket, your RV bathroom, or a portable toilet. Most importantly, don’t dump your waste onto the ground or into any water source.

Another good dispersed camper trend is to spread the word about how to properly camp on public lands and how to give back to the system. Maybe leave behind some firewood so the next visitor is not tempted to chop down a nearby tree.

Are there specific dispersed camping rules for RVs?

Some dispersed camping areas are off the beaten track and may not be suitable for some larger or longer rigs. In addition, some camping locations may not allow for towable trailers to turn around or back up. If you have a towable rig, take some time to learn about where you want to camp and the road conditions.

To protect plants and wildlife, don’t drive your rig off a road or beyond a noticeably bare area. If you can, camp in a previously used site that follows the roadway and stream vicinity rules. Of course, pack out all your trash and gear.

How do I find dispersed camping areas?

The first step is to do some online research. Use Google Maps in the satellite view to find the type of landscape or location you want to camp in. Google Maps is a great way to see if an area is even accessible by road or a trail and if there are already previously used campsites. Another way to get a good idea of where public lands are located is with this Protected Areas Database by the USGS.

The next step should be to look up the rules and regulations for where you want to camp. Some locations may require a special permit. If so call or stop by the area’s BLM or National Forest ranger station to pick up a permit as well as paper maps and brochures.

Paper maps come in handy when you are in an area with limited or no cell service. The ranger stations are also great places to pick up travel tips about the area and gives the rangers a better idea of how areas are being used.

See also: 5 Boondocking Lessons: How To Camp In The Wild Like A Pro 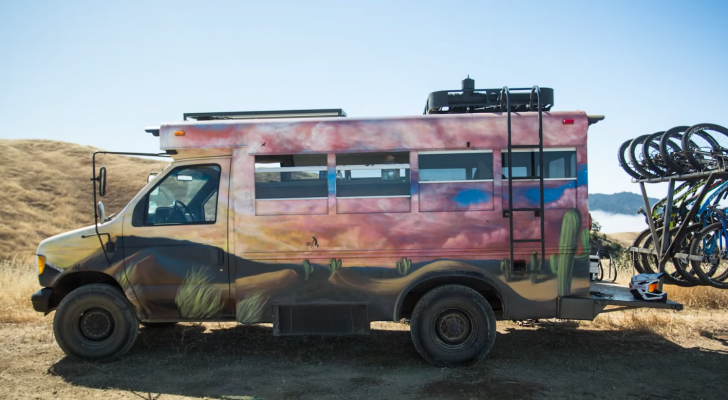 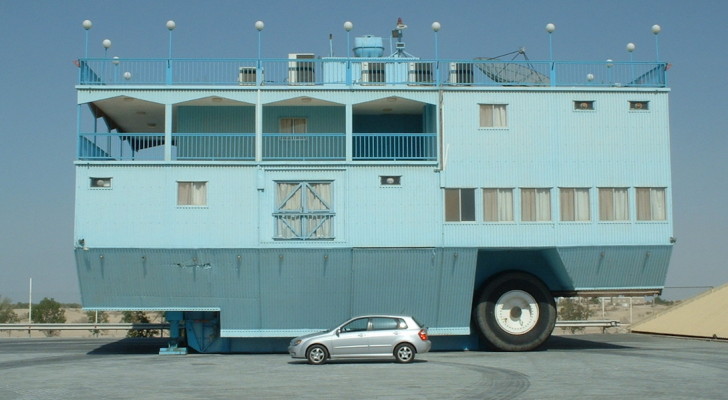 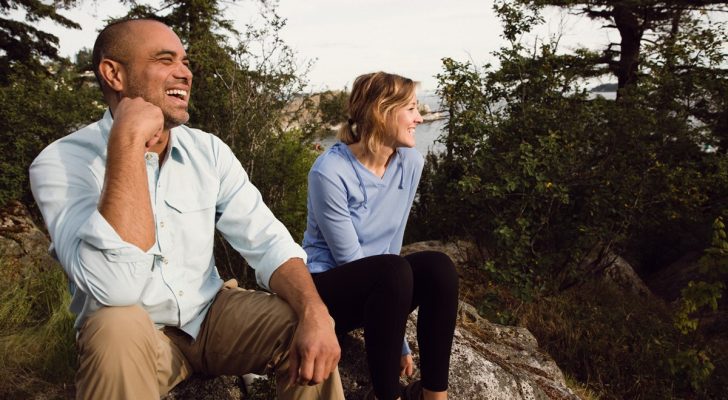 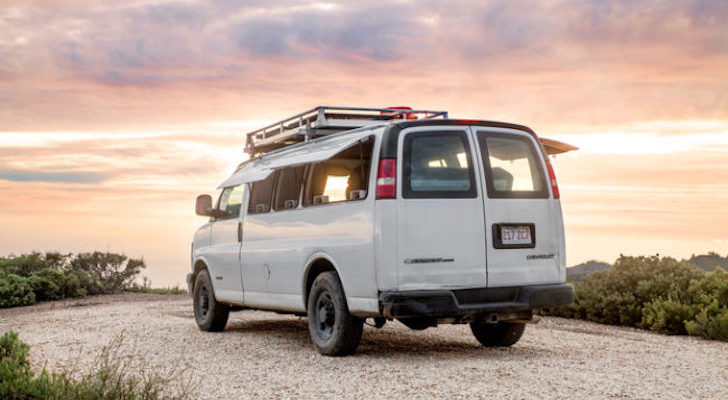 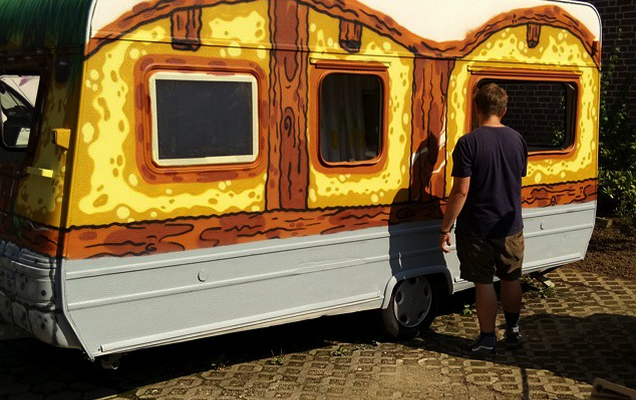 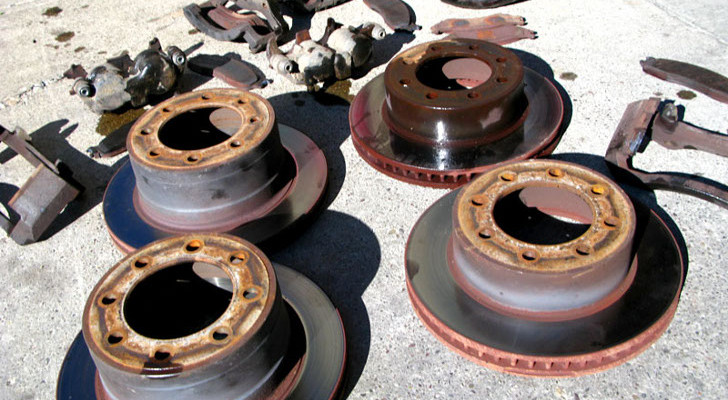 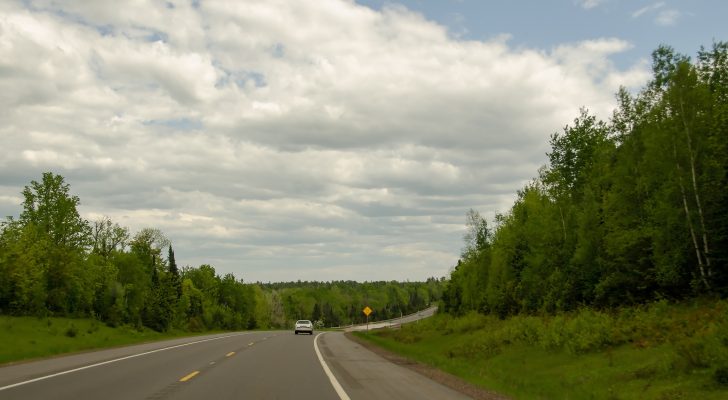