Many eco-groovy RVers have ditched their traditional RV toilet for composting toilets. These waterless loos seem like a great idea but if you’re like me, it’s hard to get over the ick factor of being that much closer to bodily waste.

Recently I discovered a better option, the Dry Flush Waterless Toilet. This RV toilet has none of the ick factor of a composting model and requires much less maintenance. 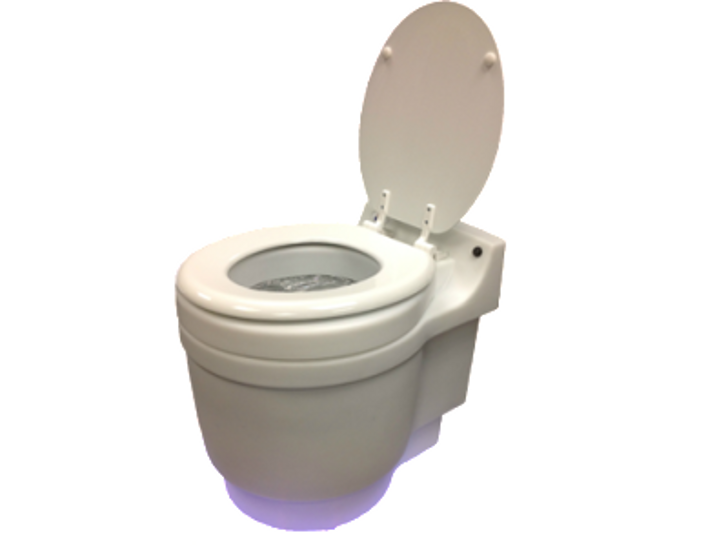 Living on the road puts you in touch with many people who think out of the box (or in this case, out of the black tank). Leonard Steward is one such RVer. He’s a full-timer who’s converted his 1989 Bluebird All American bus into a skoolie dream. We’ll spotlight his bus conversion soon but first check out the toilet he installed.

No chemicals, incinerating or composting required. 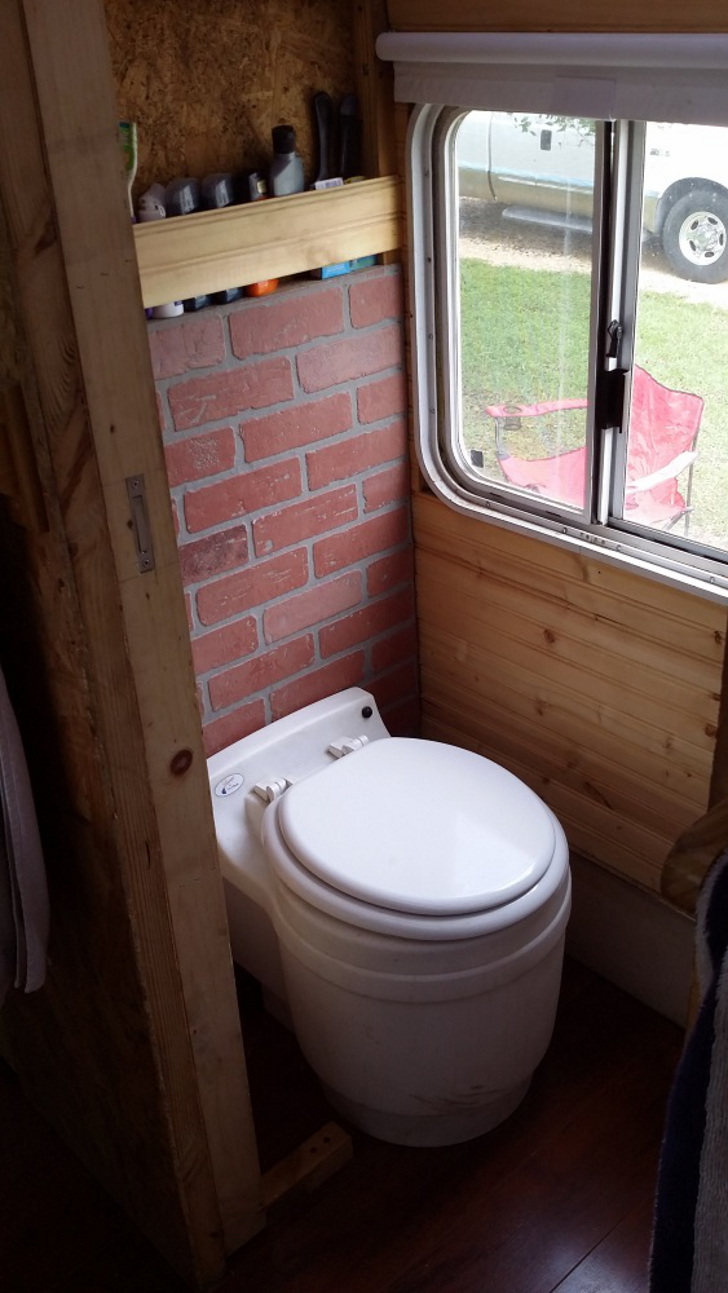 The Laveo Dry Flush is a waterless and chemical-free portable lightweight toilet just went into production in 2014. This toilet doesn’t light your poop on fire or turn it into a growing medium. Instead the Laveo Dry Flush simply bags waste and stores it in a cartridge. “It’s like a ‘Diaper Genie‘ for adults!” says Leonard.

“There is no need for wastewater/black water pumping/dumping or adding of chemicals. Waste is automatically encapsulated during a ‘flush’ and hidden in a lined container under the seat. When the cartridge is expended, lift up the toilet seat and the trim piece just under it. Lift out the liner bag containing wrapped waste. You will never see or smell waste at any time,” says the company.

What’s really cool is you can literally plop it down anywhere and start using it. This toilet doesn’t need constant electricity, venting or any kind of complicated installation process.

You might be thinking, “Is it legal to dump human waste in landfills?” According to the Laveo folks, it is. “All landfills accept human waste to accommodate baby and adult diapers. Standard regulations require that waste be contained in plastic bags.”

OK so you’re a treehugger and don’t want to damage the earth by dumping more plastic in landfills. Well, consider this: according to the water conservation experts, “More than 45% of water use in the average American home occurs in the bathroom, with nearly 27% being used by toilets.”

Although traditional chemical RV toilets don’t use nearly that much water, they still consume tons of the stuff. Pick your battles I say. Besides, the Laveo Dry Flush company says “We are currently working on a biodegradable bagging system.”

Individually Wrapped and Ready to Go

Leonard ditched his black tank, but he still has to deal with removing the waste from his waterless toilet. The nice part about this toilet is that every deposit is individually wrapped and deposited into a bag. You don’t see, smell or handle anything other than the two bags you haul out of the toilet when it’s full.

Here’s a video that demonstrates the cartridge removal process:

Like anything, the Dry Flush waterless toilet has some trade offs. It’s got one moving part that requires an electrically charged battery. The battery needs to be recharged about every 500 hours but you can use any 120 V outlet to do so.

The only other trade off with this toilet is that it requires you to buy cartridges. Three at a time cost $49.95 and are currently available from the company and a growing list of retailers.

Each cartridge lasts for about 17 uses. OK so the cartridges aren’t exactly cheap, but when you factor in fuel consumption costs resulting from hauling a full or empty black tank around from coast-to-coast, I imagine that the cost of Dry Flush toilet cartridges is a wash.

Check out how the cartridges are installed:

Composting toilets for RVers might be all the rage at the moment, but I predict that as word gets out about this one, the Dry Flush waterless toilet is going to outsell the humanure models. After all, who really wants to get that close to their urine and poop? Not me.