Andrew Ditton works for the railroad, but he’s most at home in his Airstream travel trailer.

Andrew Ditton, his dog Dougal, and his Airstream. 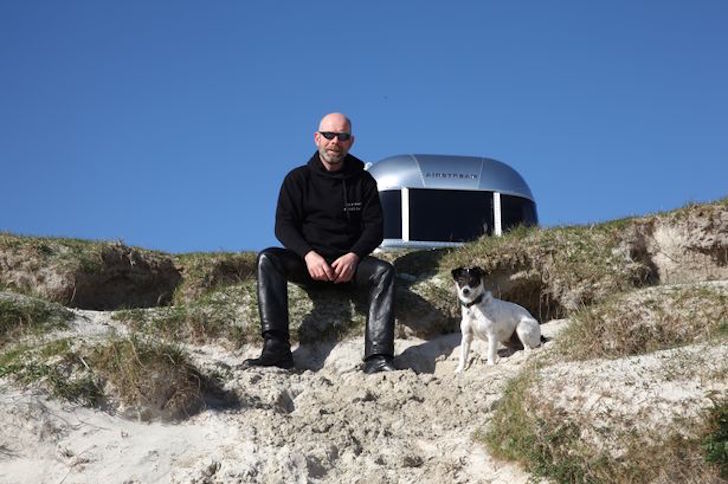 No stranger to the mobile lifestyle, he got his first camper, a 1969 Thomson Glenmore, at the tender age of 14.

I left school at 17 and went to work in an office. I had a second job in McDonald’s to get the money to keep the car I needed to tow my caravan. I was able to take my first steps towards independence with it. I would go to Brighton or London and we would go clubbing. I was popular because I had a hotel on wheels. 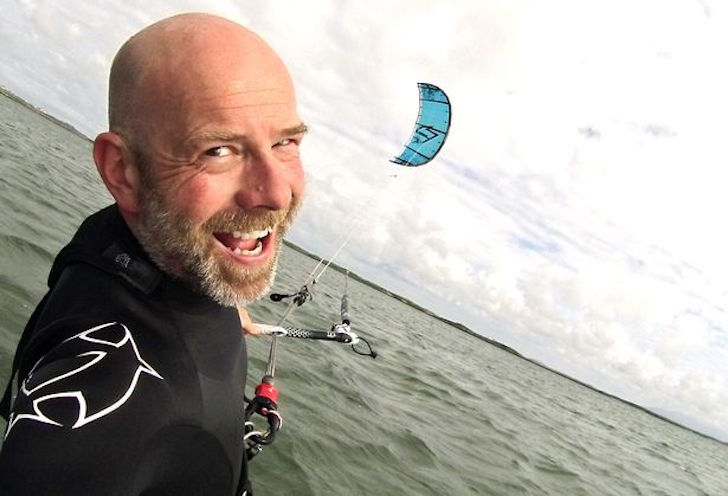 At the beginning of 2013, I made a decision to learn some Gaelic. I’m now doing a course at Sabhal Mor Ostaig, the centre for Gaelic language.

What a view! It’s the Isle of Harris beach. 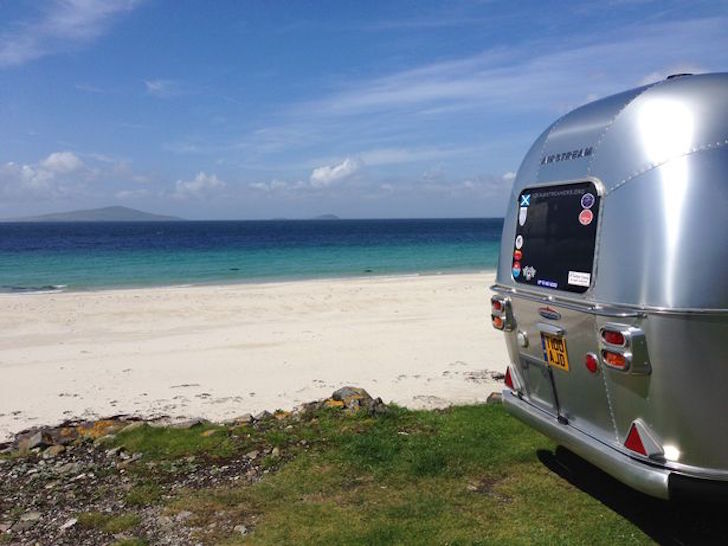 For those in Scotland, Andrew will be at the Scottish Caravan, Motorhome and Holiday Show in Glasgow this year.