A lot can be done with a basic van to make it a full-time camper. One way to do it is by installing an all-in-one camping box that includes space for a bed, a basic outdoor kitchen and storage space for gear and bedding.

These compact modules are lightweight and can easily slide in and out of the van. Do It Yourself RV recently featured the swissRoomBox, a modular camping system that lets you camp comfortably out of your car or van. Here’s five other European designers that are changing how people camp out of their vehicles. Oh, and building or purchasing a camper in a box is usually more affordable than a complete van conversion! 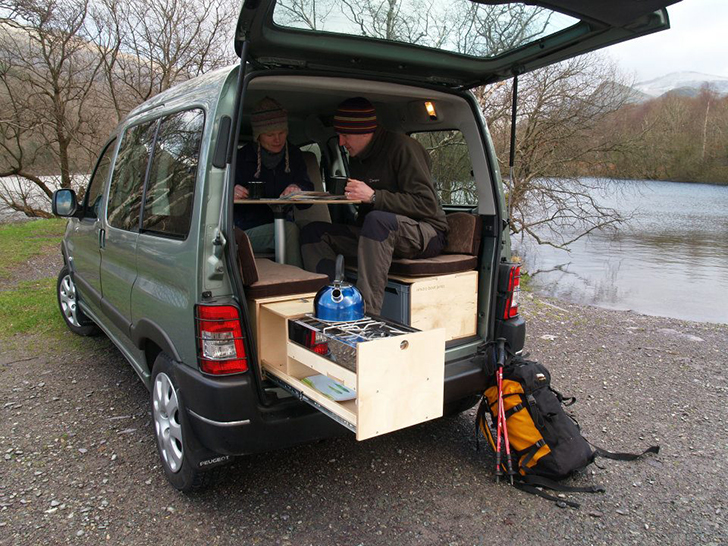 Amdro Alternative Campervans is a family owned company in the UK that builds exquisite and stylish campers in a box that include beds that can be made into dining and lounging spaces. Their kits also include stoves, foldable tables and storage. Some of these boxes have enough room for sinks, bike storage and can be connected to solar panels.

The Amdro camp kitchen slides out on runners. 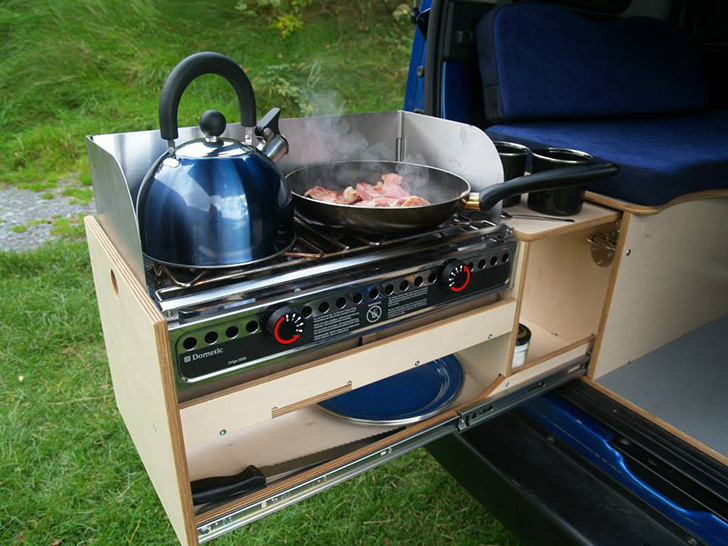 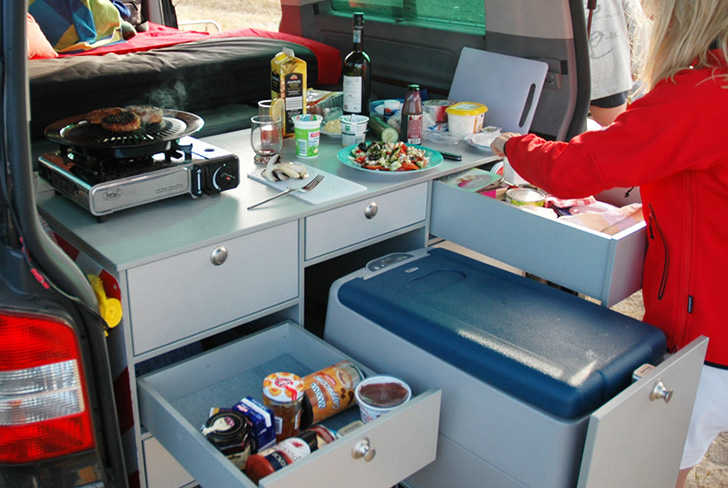 VanEssa in Germany sells both a van kitchen system in a box and a bed system in a box. The kitchen includes a sink with a pump that connects to a 13 to 16 liter water tank, stove, a 12 volt cooler, cutlery and food storage drawers. VanEssa also offers a smaller version of the kitchen, the “Oslo”, which is great for van owners that want a kitchen, but need additional space for sleeping or sports gear. The kitchen units can be used in conjunction with the bed units.

The VanEssa Camper in Box comes in separate bed and kitchen units. 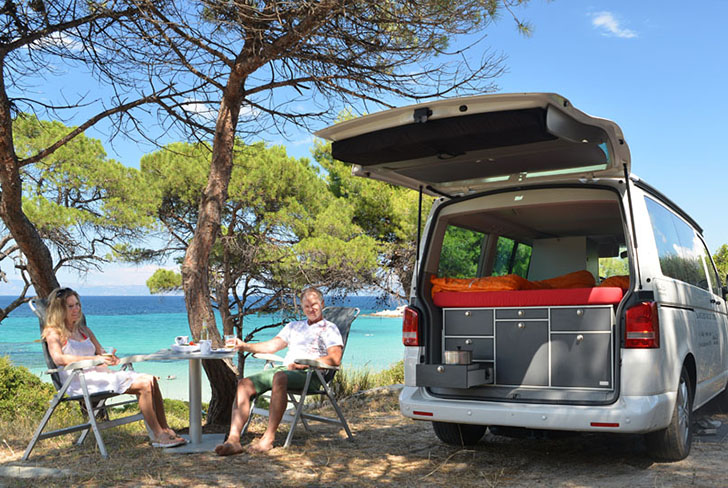 3. QuQuQ Camper in a Box 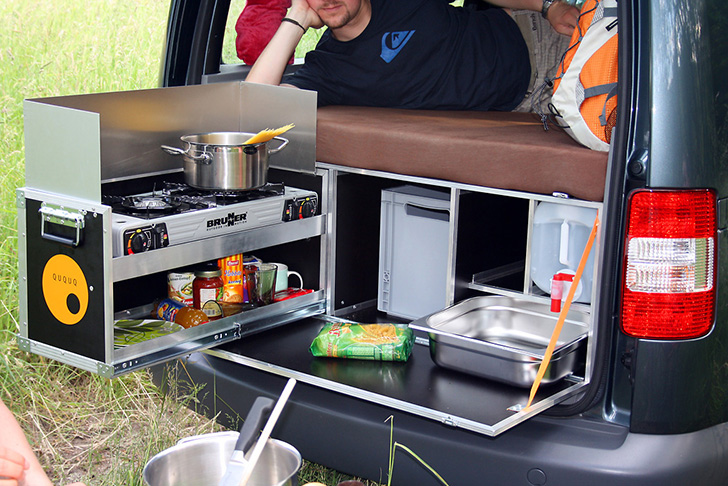 The QuQuQ camper in a box is also from Germany and includes a bed platform with foam mattress, a two-burner stove, 20 liter water tank, sink, storage and work space. The entire system can be set up in a van in just a few minutes by two people. The QuQuQ system can be used in a van without having to remove the back seats.

The QuQuQ Camper in a Box can easily be installed by two people. 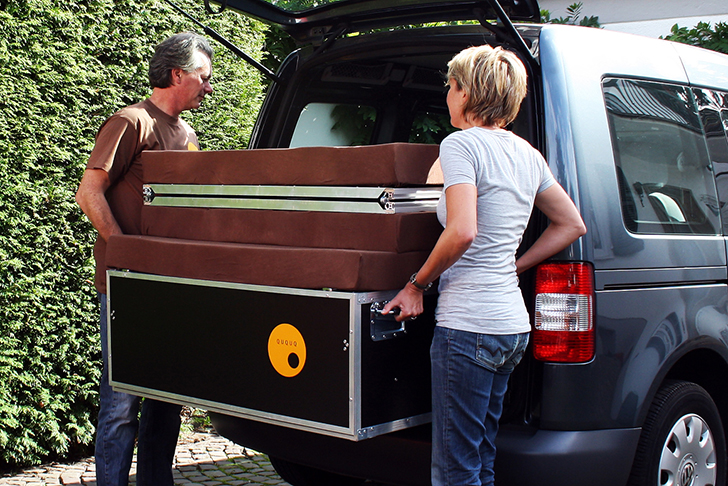 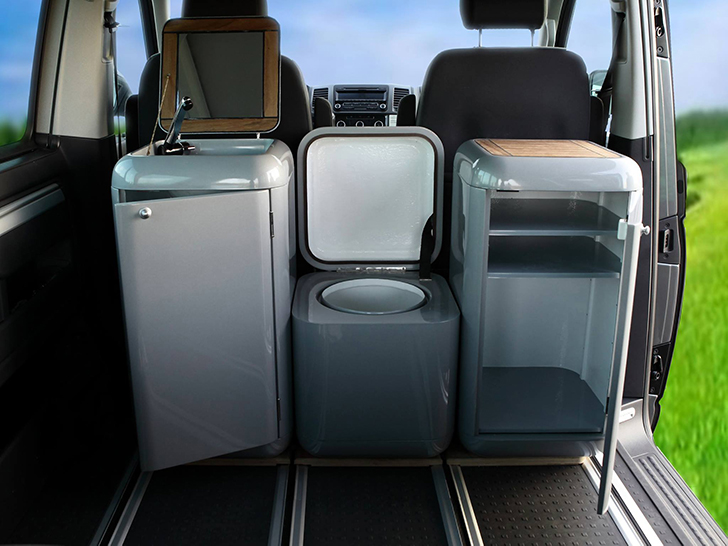 The Buddy Box from Germany (those smart German designers!) is probably one of the lightest campers in a box. It has the smallest footprint out of all the designs, but includes several modules that can be used for different functions. The Buddy Box system includes a sink, a kitchen and storage units. They even have buddy boxes that can be converted into portable seating and dining units. 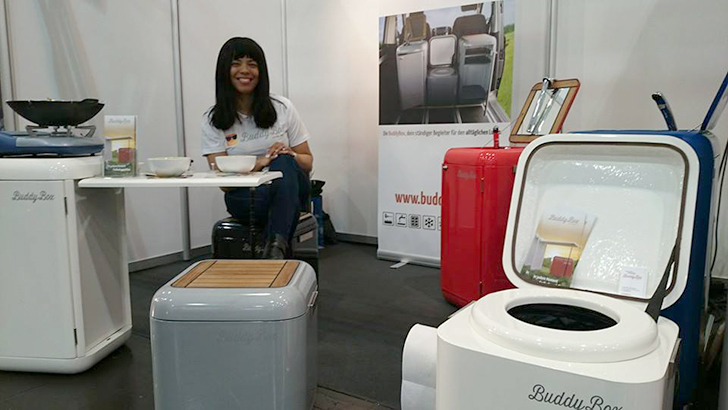 5. DIY Camper In a Box on Instructables 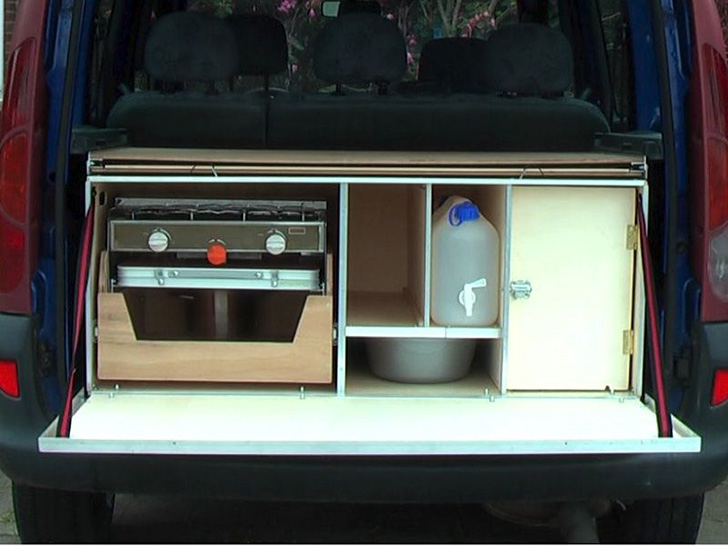 If you want to build your own Camper in a Box, IamWe on Instructables has a step by step plan that can be completed with basic tools. The plans feature a bed and small kitchen unit with spaces for a stove, propane and cooking gear. There is extra storage space for two folding chairs and a folding table, a foldable bed mattress and a 12 volt DIY refrigerator and 12 volt power unit. The lid of the box can be folded down and used as a kitchen table or food prep space.

This DIY Camper in a Box can be built with basic tools. 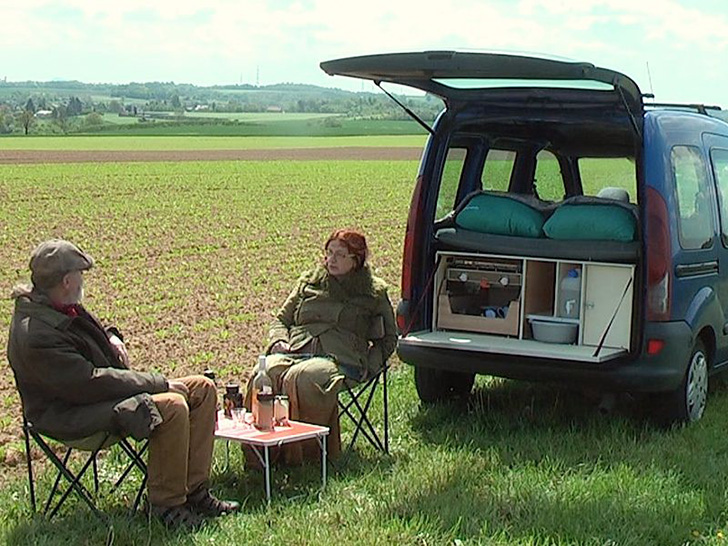 All of these campers-in-a-box have their own peculiar design elements. Which do you like the best? It’s OK to say all of them!