With the MVP Model 3 flying RV, you can land (and camp) on water, snow - or just about anywhere!
2.1k
SHARES
1525
VIEWS
ShareTweet

MVP Aero is an innovative airplane manufacturing company working on what they believe will be the world’s most versatile aircraft, the MVP 3 (Most Versatile Plane) and we kind of think they may be right.

Founded in 2011, the company (run by father and son team Darrell and Michael Lynds), set out to prove that pilots should be able to expect more from a light sport aircraft.

Their unique solution, the MVP Model 3, combines the latest technology with a huge focus on ergonomics and the human factor. Not only will their plane be highly adaptable, it will be rugged as well.

So far they have a scale mockup that has toured to thunderous applause and they’re well on their way to developing a plan for an actual trial model. Their proposed craft will be built from carbon and glass composite with fabric covered composite flying surfaces.

The MVP Model 3 from MVP Aero in flight. 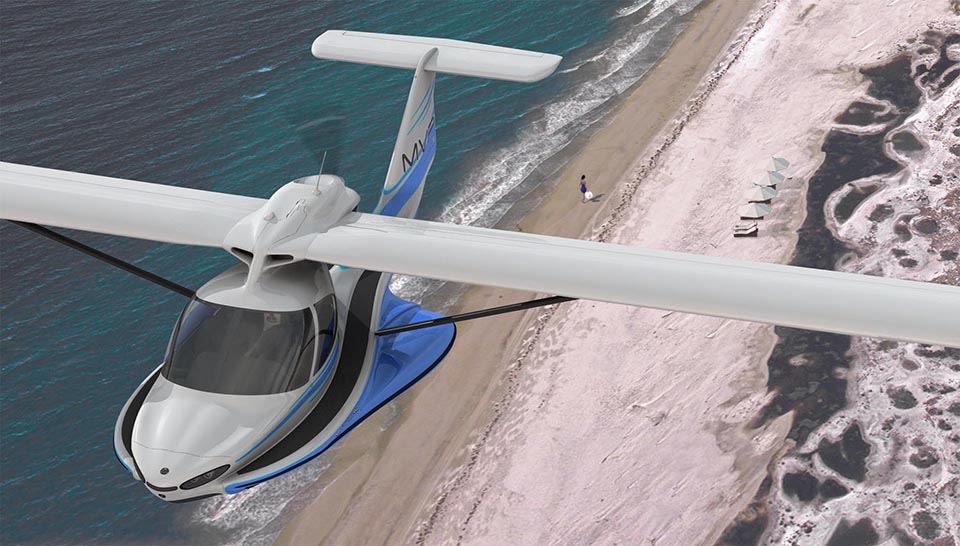 The plane’s wing span is small at only 36 feet with an overall length just under 27 feet. It will have a cruising speed of a breezy 104 knots and carry up to 450 pounds of passengers and freight.

A small aircraft descending with a deployed airframe parachute. 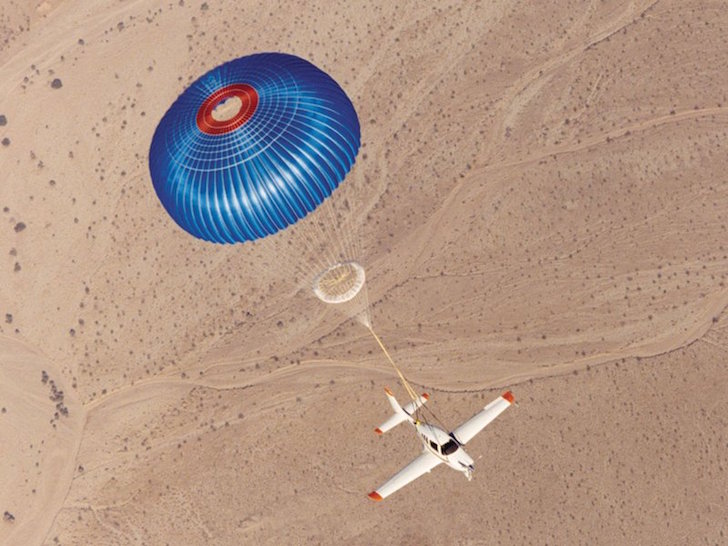 The MVP will be capable of safely landing on all sorts of terrain, including the water. It can even belly land in snow!

The MVP Aero 3 is highly versatile on the water.

The magical properties of this flying RV shine after the plane touches down. Once on the water, the MVP can maneuver thanks to an integrated trolling motor. The cockpit area transforms into a “bass boat“-like platform for fishing, swimming or other fun water activities.

Trolling with the canopy raised. 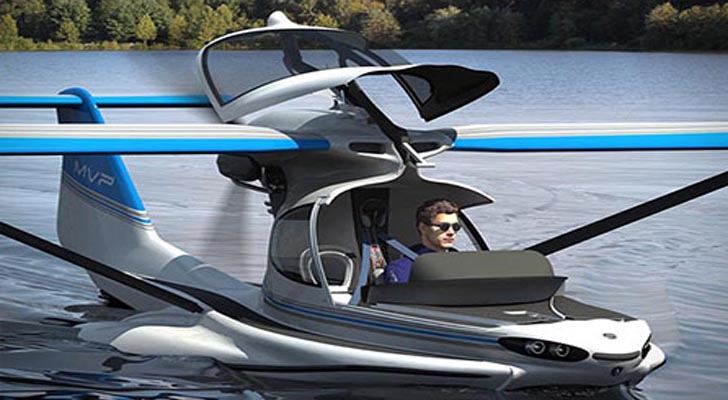 Both the canopy and instrument panel raise well clear of the cockpit, and side panels slide out to create a flat platform over the seating area. The wings can also be folded back to allow for parking in a traditional boat slip. 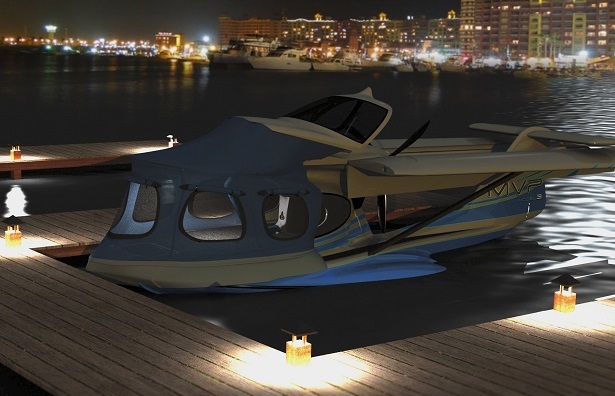 As if boating and flying was not enough, the MVP Model 3 will also triple as a camper, either on land or sea. A built-in fabric tent can be fitted from the raised canopy to the deck, creating a spacious cabin that will comfortably sleep two.

At the rear of the plane, a hammock can also be deployed between the back of the cabin and the tail. It’s easily accessed from a double “gang plank” runway that extends along the plane, making it possible to access the tail section, even on the water.

This specially fitted hammock can be deployed between cockpit and tail.

All in all, the entire design is visionary. We can only hope this is the transport of the future.

Watch an animated video of the MVP Model 3.

See the hybrid float plane up close and follow an interview with Darrel Lynds, President of MVP and one of the main personalities behind this revolutionary vehicle.

UP NEXT: Do Your Back Country Camping In Relative Comfort With This DIY Off Road Teardrop Camper