Freak RV accidents are more common than you may think. Whether they’re caused by the unpredictability of Mother Nature or just bad luck in the great outdoors, each year dozens of horrific freak RV accidents happen in parks and campgrounds across America.

The Wild Frontier RV Park in Ocala, Florida lived up to it’s name when it was the site of a fiery plane crash in 2009. A small experimental plane landed directly on two vacant camper trailers. A park resident who witnessed the collision said the explosion was so intense it knocked the trailers up and off the ground. The pilot, John Adams Hambleton, was killed instantly.

Is your RV park near an airport? 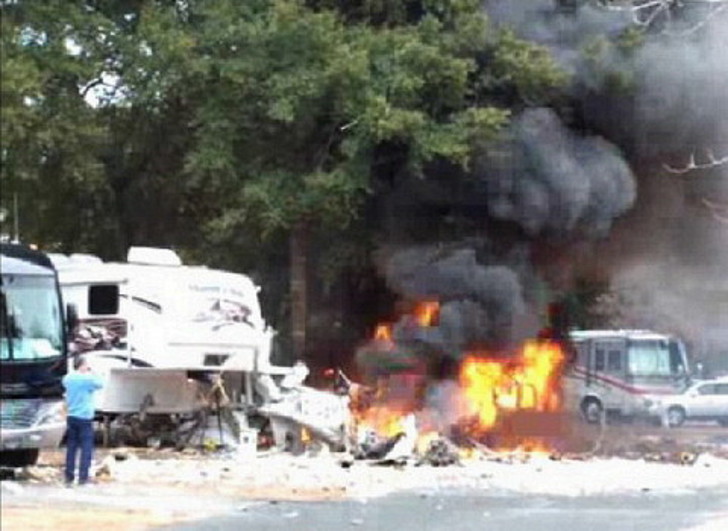 Later in 2011, snowbirds Eva and Ed Sullivan were eating lunch in their RV at Briarcliffe RV Resort in Myrtle Beach, South Carolina. Without warning, a small, private Cessna airplane fell from the sky and landed on their RV, killing Mrs. Sullivan and the pilot, with only Mr. Sullivan as the lone survivor. 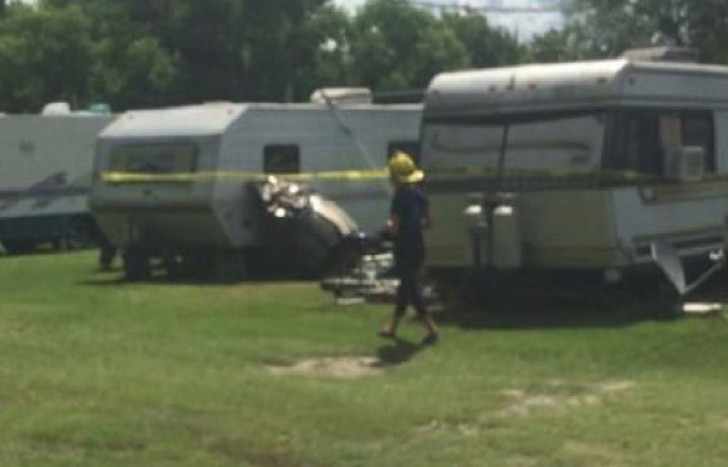 How Moving RVs Can Kill

You may not realize it but many people die after falling out of RVs rolling down the highway.

In 2011, a German woman fell out of her moving RV in Indio, California. The woman was trying to secure the door of the RV so her dog would not fall out, but lost her balance during the turn and fell, said Ben Guitron of the Indio Police Department to a local TV news reporter.

Later that same year, a 72-year-old woman died in a freak RV accident while trying to stop her recreational vehicle from rolling away at the Agricenter RV Park in Memphis, Tennessee.

Are your RV doors locked? 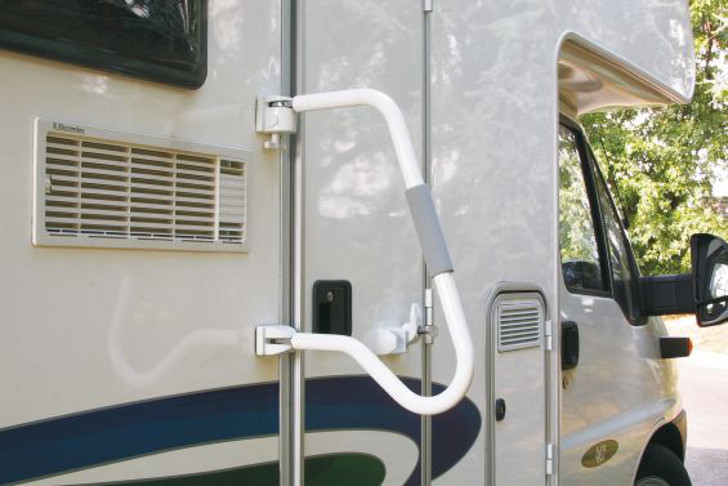 It happened while Sharon Bailey was trying to hitch up her trailer when the camper began to move, said Shelby County Sheriff’s Office spokesman Chip Washington. In a tragic attempt to stop the RV from rolling away, she ran toward the driver’s side to apply brakes, but the camper door hit her hard enough to knock her down and underneath the RV’s wheels, instantly killing her.

Last year in Montgomery County, Alabama, a 49 year old Tammy Williams fell out of her family’s moving RV after exiting from the restroom. The RV was traveling at 65 miles per hour on Interstate 65 when for unknown reasons she opened the RV’s door and fell onto the interstate.

The great outdoors can be a risky place during inclement weather. Lightning storms can strike anywhere, and cause injury and death to over 200 people in North America every year. Even when you’re inside your RV, those rubber tires won’t protect you.

Indoors or out, lightning can find you. 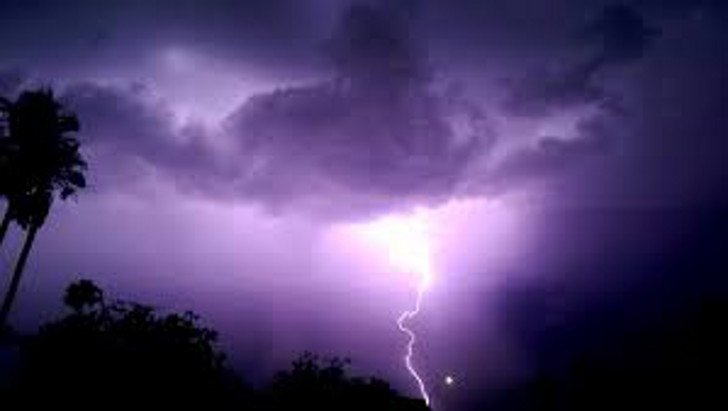 All it takes is one brush against a metal window frame or contact with aluminum patio furniture at the instant a lightning strike occurs and you could be instantly killed. For instance, six campers in Toledo Bend Louisiana were lucky to survive a July 4th lightening storm that hit their parked RVs.

According to local TV station KTBS, “Observers reported seeing what appeared to be an explosion as the electrical current branched out to the first set of RVs. At least one was left inoperable with all of its electrical components short-circuited. And all of the wiring was melted in a vehicle sitting in front of it.”

We don’t want to scare you, but freak RV accidents can happen anytime – to anybody. Have fun when you’re on the road, but use common sense and take precautions to ensure it’s not your last great adventure.

1 thought on “Freak RV Accidents Can Ruin Your Whole Trip”