Skip to content
Table of Contents show
All states have at least one National Wildlife Refuge.
Wildlife refuges are a bird watcher’s playground.
How to Locate Free Camping in Wildlife Refuges
Find your state to find free camping in wildlife refuges.
You won’t believe you’re in the middle of the desert!
What to Know About Camping at Pahranagat Wildlife Refuge
Bring water and power, you won’t find RV hookups here.
Share this post:

If you like off-grid camping, you’ll love free camping in wildlife refuges around the country. Every U.S. State has at least one National Wildlife Refuge that’s part of the U.S. Fish and Wildlife Service, and some have scenic dry camping spots for RVers.

All states have at least one National Wildlife Refuge. 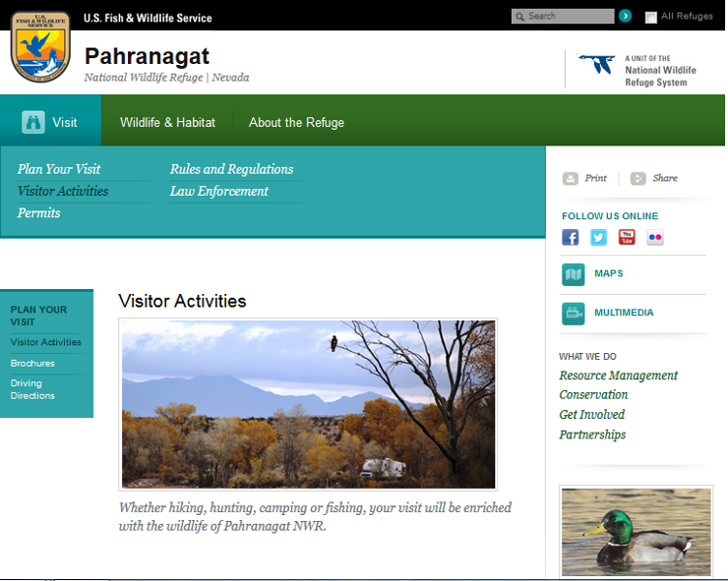 According to the National Wildlife Refuge System website, “there are more than 560 national wildlife refuges and 38 wetland management districts, including one within an hour’s drive of most major metropolitan areas.”

From coast-to-coast, these scenic spots are home to more than 700 species of birds, 220 species of mammals, 250 reptile and amphibian species and more than 1,000 species of fish. And if you like boondocking, a wildlife refuge can be your temporary outdoor home, too!

How to Locate Free Camping in Wildlife Refuges

Some wildlife refuges allow you to camp on-site in designated areas. Some camping areas are as primitive as a gravel lot and others have real facilities like RV hookups, toilets, picnic tables and fire rings. Some charge fees and others do not.

Locating a wildlife refuge near you that allows camping is a bit tricky, since we couldn’t locate a single list showing which refuges allow overnight stays.

We found that the best way to locate free camping in wildlife refuges is to visit the U.S. Fish and Wildlife Service website, then scan through each wildlife refuge in the state you want to visit to see if camping is allowed.

You’ll find allowed activities under the “Visit/Visitor Activities” drop-down menu on the homepage.

Find your state to find free camping in wildlife refuges. 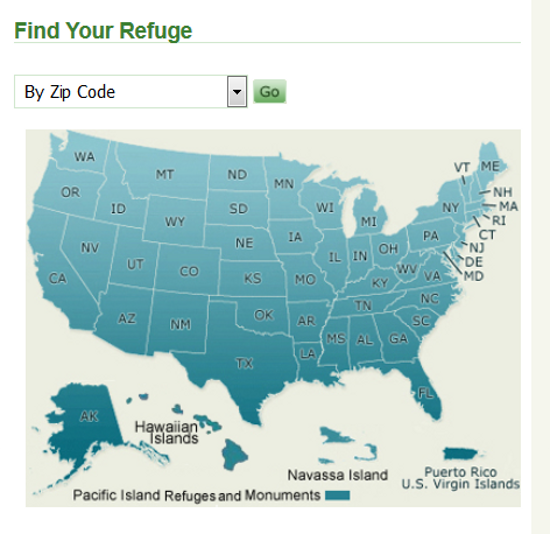 We accidentally discovered a pretty wildlife refuge camping area in Nevada. Located only about an hour north of Las Vegas, Pahranagat National Wildlife Refuge is a major stop for migrating birds on the Pacific Migration Flyway.

No matter what time of year you visit, you’ll always find some interesting animals since the refuge has five different types of habitats: lakes, marshes, meadows, desert and riparian.

When you visit Pahranagat you’ll think you took a wrong turn and ended up at the Pacific Ocean. The pretty lakes have 580 acres of water that attract everything from ducks to bald eagles. You can even see what kinds of birds are there with Pahranagat’s wildlife webcam.

You won’t believe you’re in the middle of the desert!

What to Know About Camping at Pahranagat Wildlife Refuge

Pahranagat has fourteen primitive campsites along the upper lake. The best part? They’re free and you can stay up to 14 days. You won’t need a reservation since they aren’t allowed, but there are only about four first-come, first-served sites that can accommodate RVs.

You can get water and dump at the closest RV park in Alamo, which also offers gas and diesel fuel too. Pahranagat isn’t the quietest spot since it’s located adjacent to the highway, but the scenery makes up for it.

Since we are full-time RVers, you can bet that my husband and I will be keeping an eye out for more free camping in wildlife refuges wherever we go. It’s a bargain that cheapskate boondockers like us can’t afford to pass up!