Just seeing one vintage RV rolling down the street is awesome, but could you imagine a whole museum of them? Well, you’ll be glad to hear there actually is one in the Texas Panhandle, and they have rare motorcycles and other classic memorabilia, too.

Located off Interstate 27 in Amarillo, Jack Sisemore Traveland is dedicated to the history of RVs.  They display about 15 vintage RVs and trailers from the 1930s up through the ’70s, and about a dozen rare motorcycles from as early as 1918, many of which are in excellent condition.

One of them was even in a movie, while others were the very first (or last) RV made by the company. The best part of it all? Visiting is totally free to the public!

Jack Sisemore and his son, Trent, first started collecting and restoring vintage RVs back in the 1980s. By early 2012, they created this museum so they could both house and showcase their historic collection at no cost to guests.

Their museum features the famous 1948 Flxible Bus from the movie “RV”, with Robin Williams: 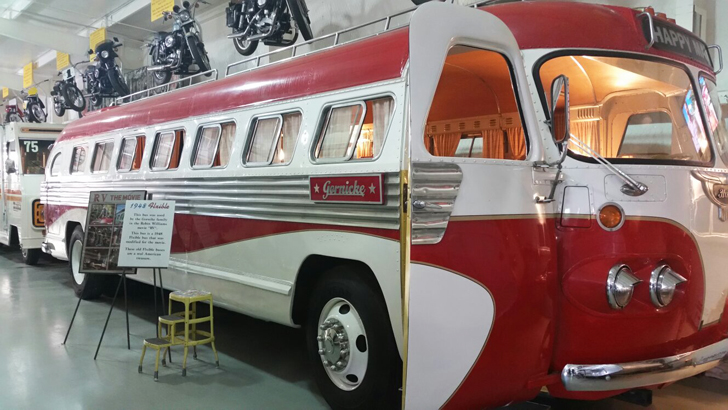 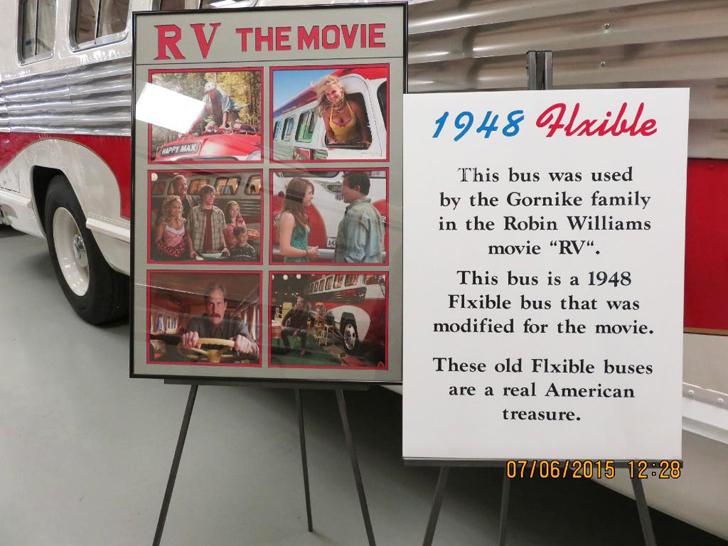 And the first Itasca, ever: 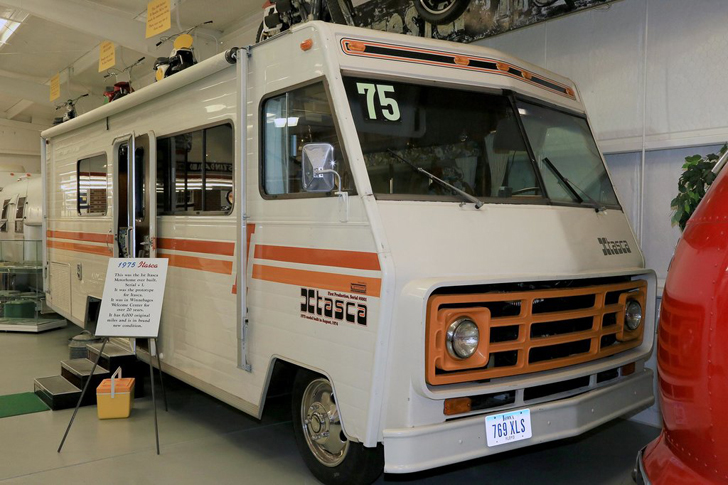 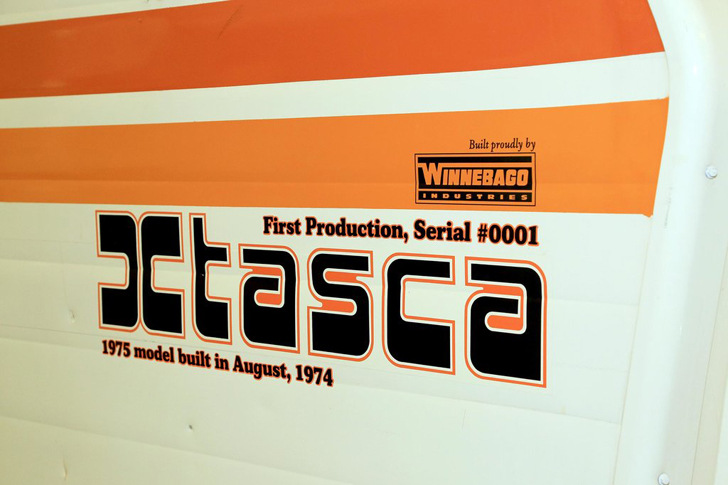 You can even take a look inside: 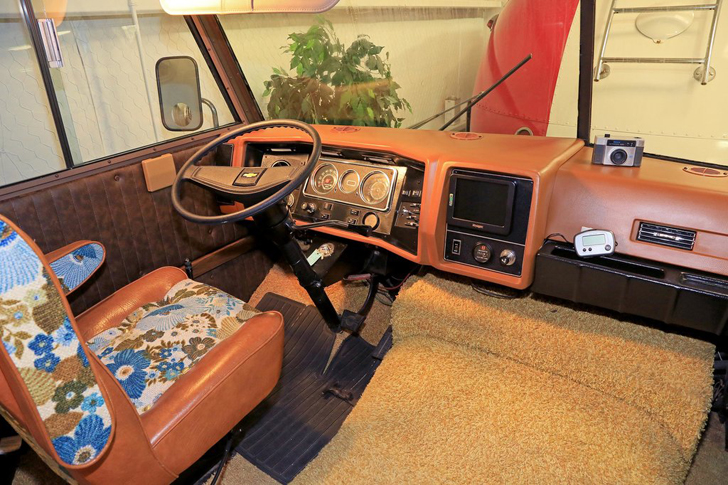 This Volkswagen “hippie van” was at Woodstock in 1969: 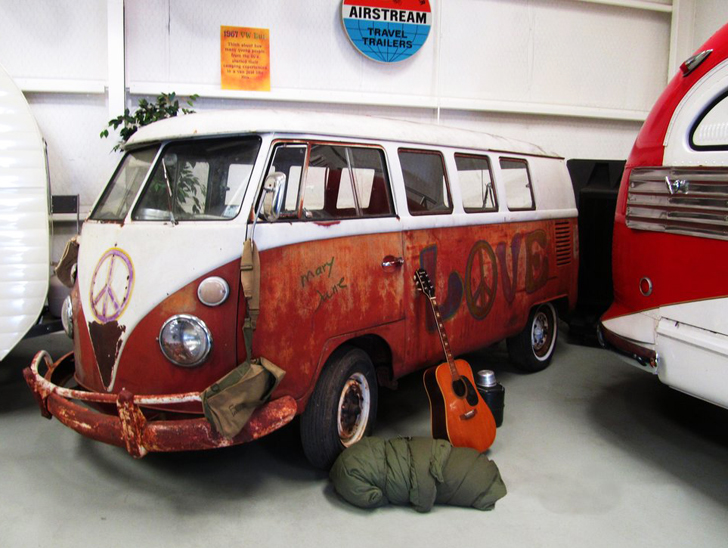 From 1946, this Tear Drop Kit trailer was restored to look brand new: 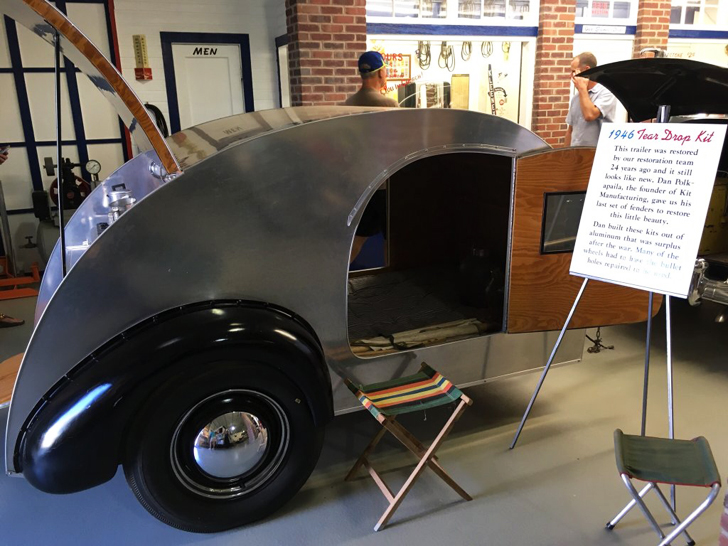 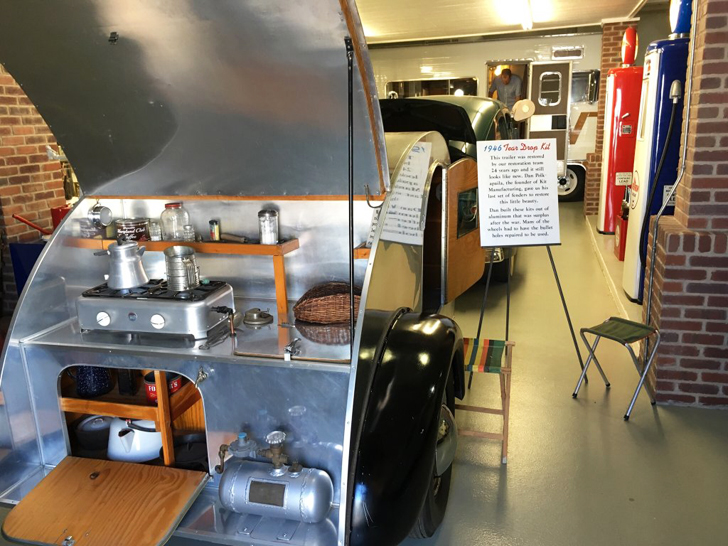 This 1962 Bethany only needed to be polished before it was moved into the museum. The pop-up camper still sports an all-original Mod Squad interior: 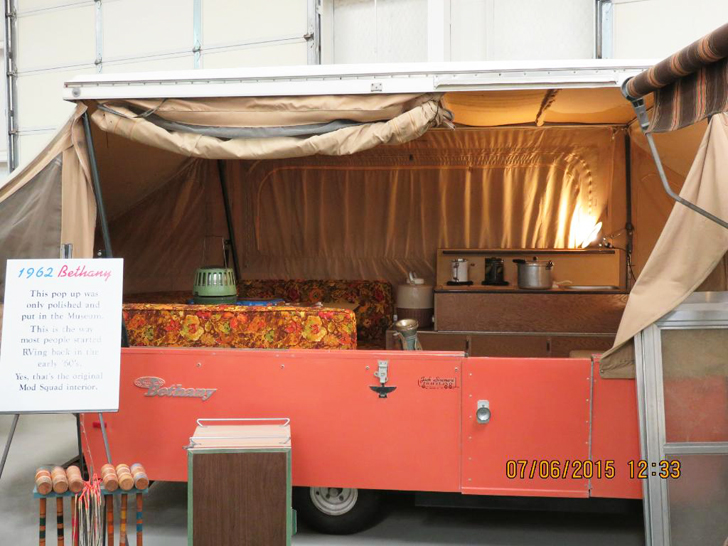 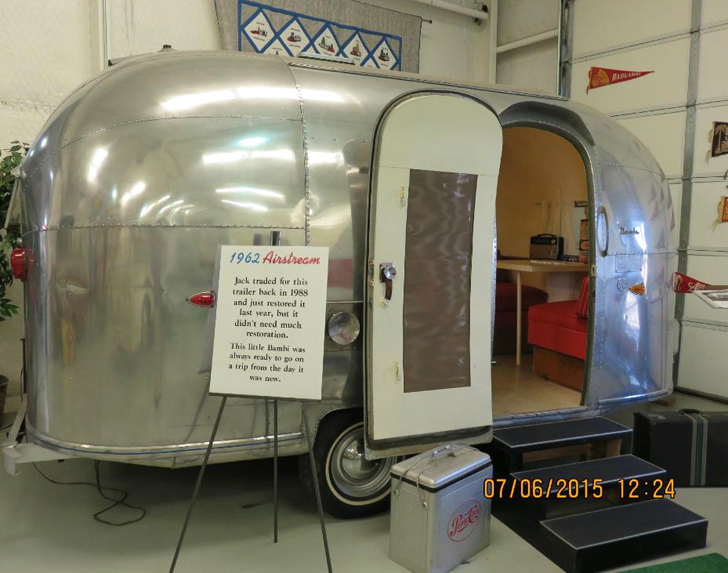 This 1936 Alma was found almost brand-new in a barn: 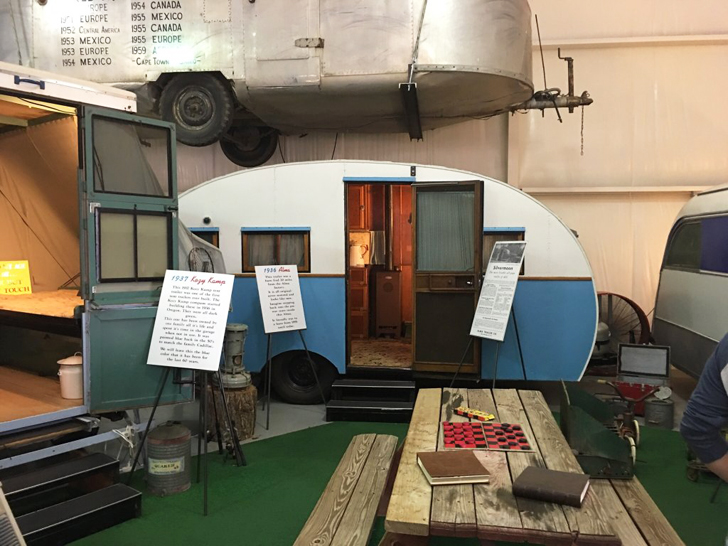 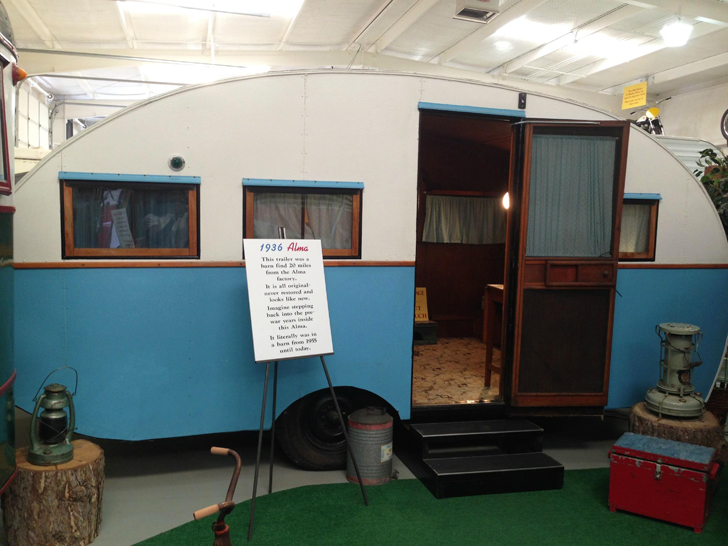 It was discovered only about 20 miles from the Alma factory. Because it had just been sitting idly in a barn for decades, from the pre-war years, the trailer still looks brand new.

They also have one of the last pick-up campers made by the Avion company from 1970: 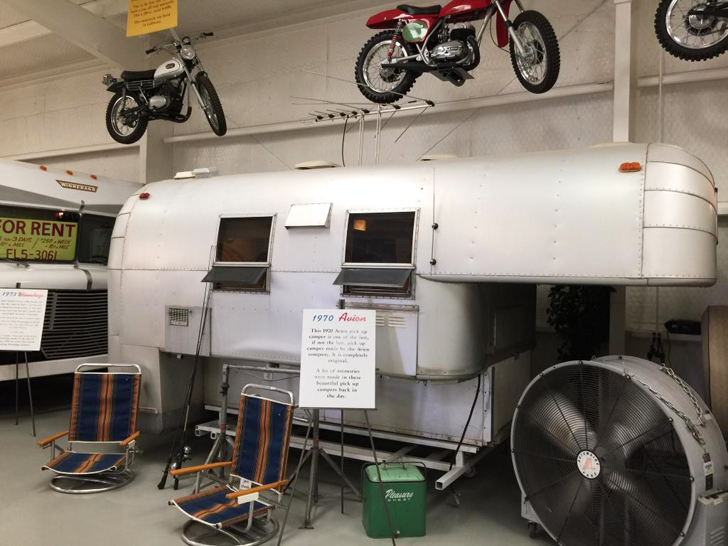 The owner purchased the trailer in 1971. It’s all still completely original.

This next Argosy was originally made by the Airstream company. In 2011, the museum touched it up with red, white, and blue stripes to commemorate veterans coming home from the Iraq war—and because the year it was made (1976) was the bicentennial year of the United States: 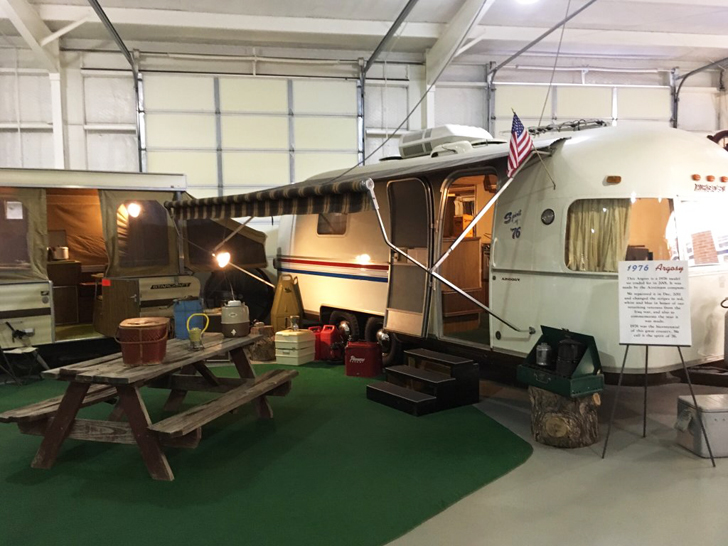 Rare motorcycles can be seen on display too, like this Harley Davidson from 1918: 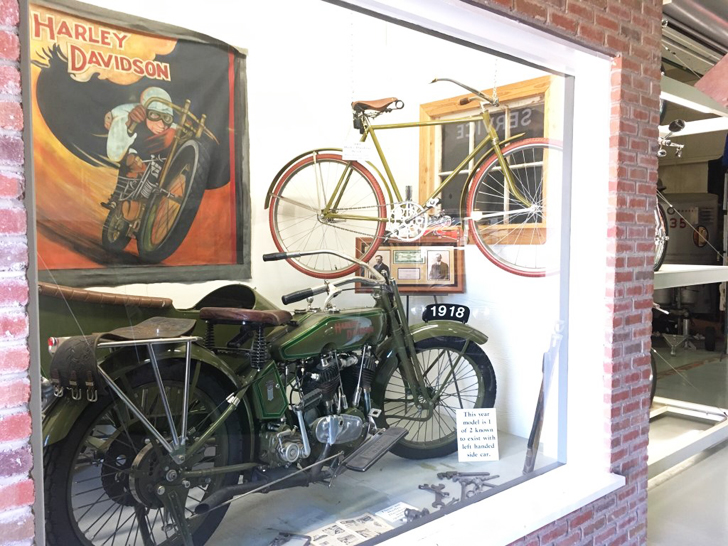 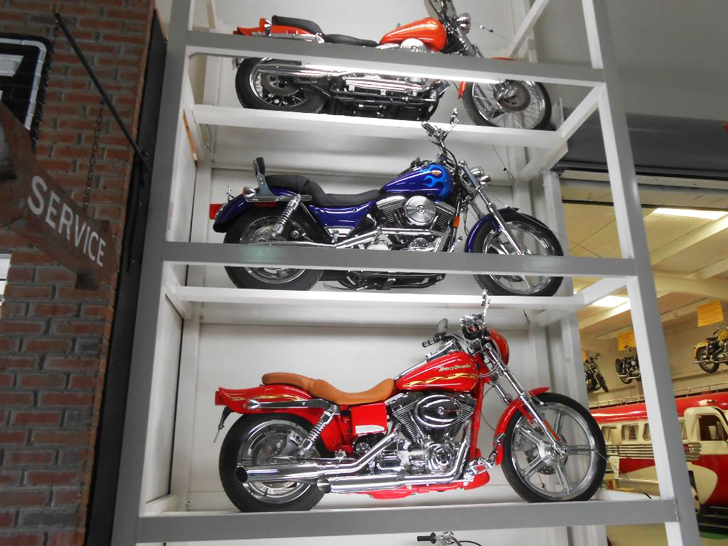 But they have more than just vehicles. Take a look at some of their other memorabilia, like this old drive-thru menu: 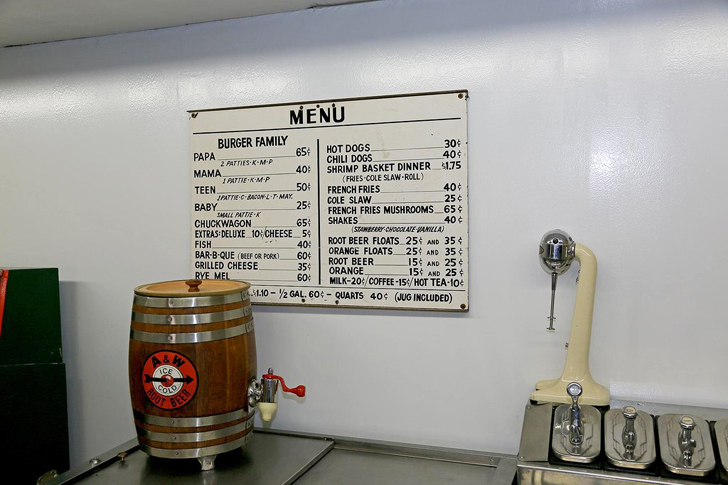 Wouldn’t it be nice if burgers and fries still cost this much?

And these old cigarette machines, which used to dispense packs of smokes: 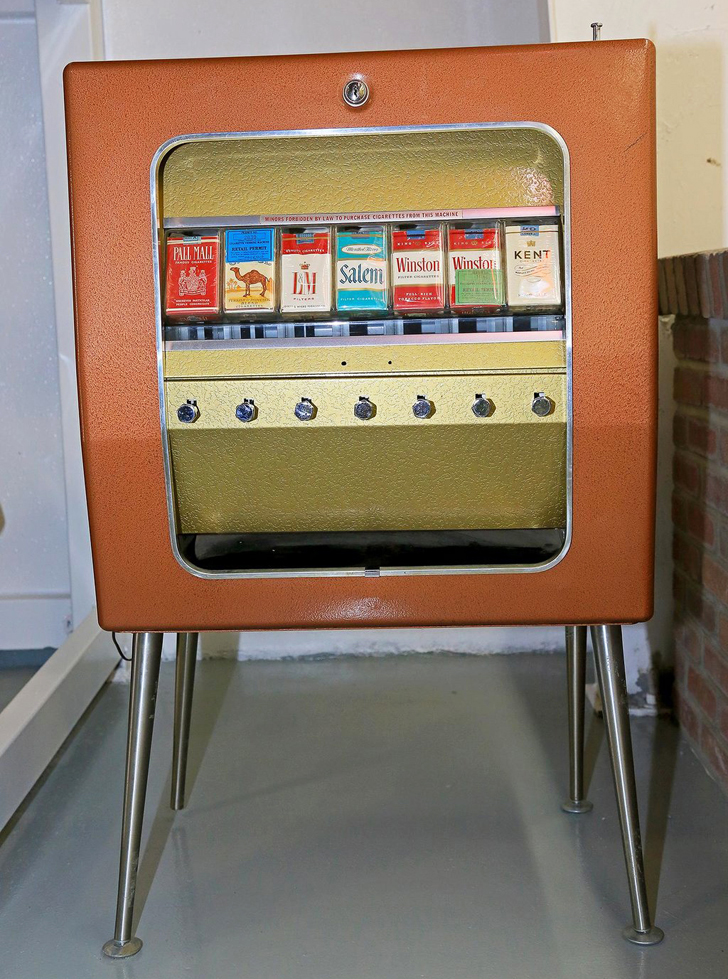 They’ve also got all kinds of classic gas station memorabilia: 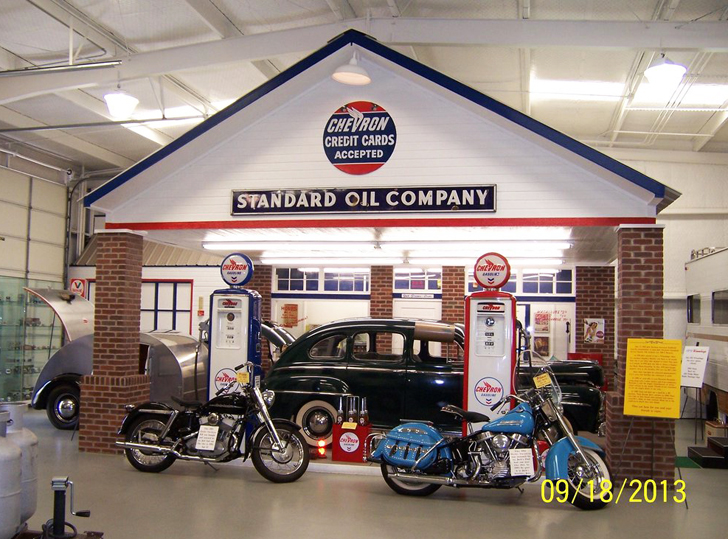 Anyone remember filling the tank with one of these back in the day? 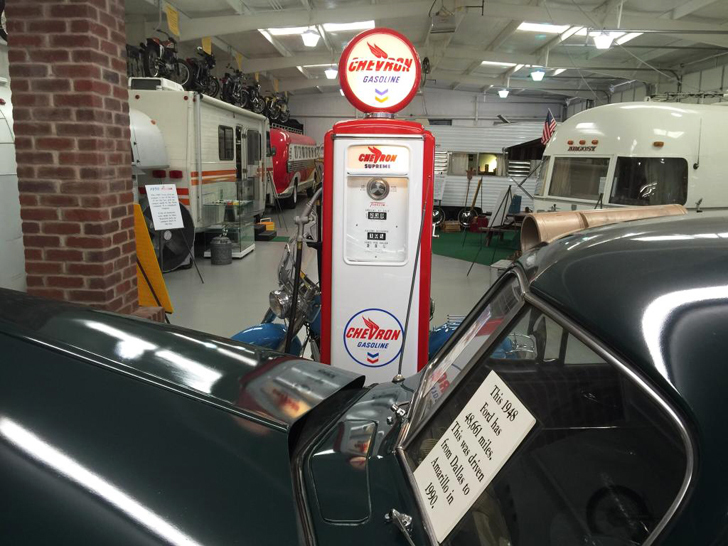 It’s a must-see if you love RVs, especially vintage models. They have much more including the oldest Fleetwood in existence, a Kozy Kamp from 1937, and a Winnebago from ’72.

The museum is free to the public and open from Monday – Saturday, 9am-5pm (except on major holidays).

You can find it located just behind their RV dealership, Jack Sisemore Traveland, at:

4341 Canyon Drive, Amarillo, Texas. It’s hidden behind the main building, but someone inside can help point you in the right direction.

You may also want to check out the RV/MH Hall of Fame in Elkhart, Indiana