Found for $7,500 on eBay, this normally basic GMC van has received a total makeover by owner Vernon Alumbaugh of Reno, Nevada.

Vernon and his wife, co-owners of a bakery and coffee shop in downtown Reno, have always been intrigued by overland adventure.

After going to the Overland Expo in Arizona, they decided to create their own luxury home on wheels.

Vernon Alumbaugh’s tricked out van is ready to overland around the world.

The overland community includes intrepid travelers who love to drive and ship their vehicles via cargo ships to other countries.

Popular locations are South America, Europe, and Africa. Vernon and his wife plan to take their comfortable van through Mexico, Central and South America and hopefully over to South Africa.

The rear couch turns into a bed with the touch of a button. 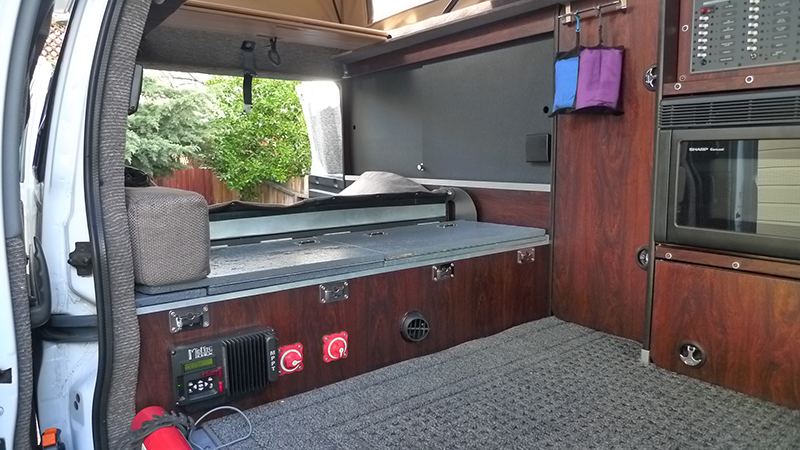 The van is kept clean and clutter free. Notice the “His” and “Hers” travel towels? 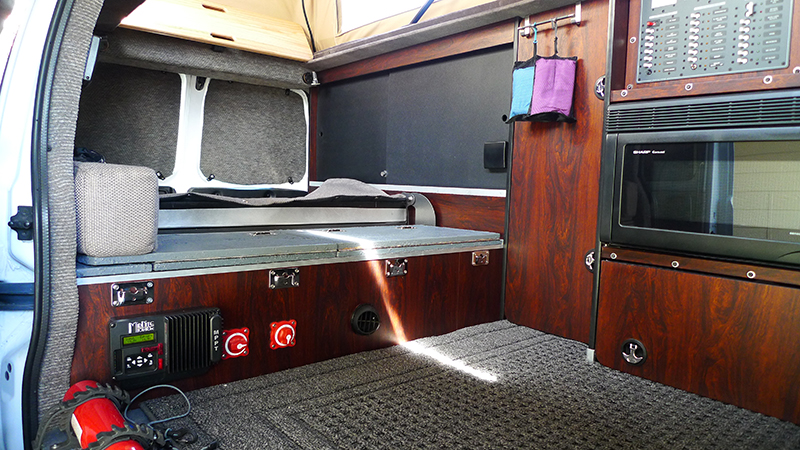 Vernon put nearly $200,000 into the GMC Savana 3500 van and it not only includes solar panels, two Dometic 12-volt coolers, rebuilt front and rear suspension, and a brand new engine, but the van also has a bed that converts into a sofa with the touch of a button and 1/4 steel bumpers for rougher roads.

The best thing? The van still gets 20 miles per gallon.

It was fun to build out, but it was a struggle to find all the parts and pieces for it.  There are ways to do it much cheaper, but it took us five years and we built it to last.

A Sportsmobile popup was added to the van’s roof. 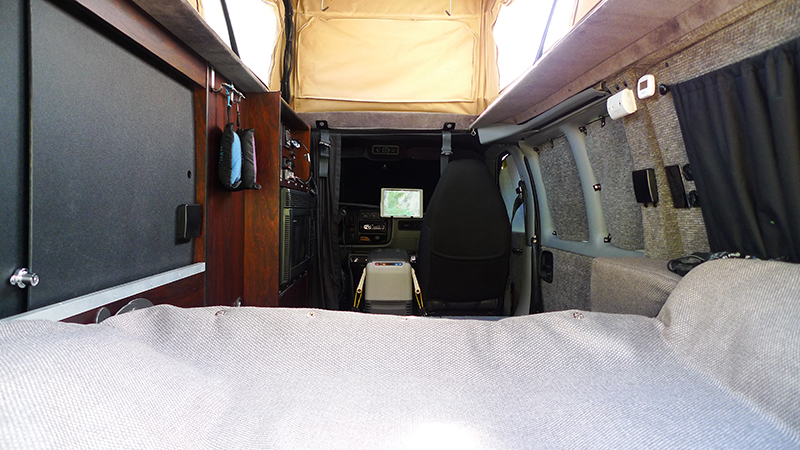 Vernon had been in the construction industry for over 35 years and knew he wanted to make something that could be comfortable for long-term living. He’s also a photographer and needed a safe place to store his camera gear.

For that comfortable and homey feeling, Vernon also had the roof of the van cut off and a Sportsmobile popup added by a business in Colorado.

Vernon said it makes all the difference in the world to have that headroom. The couple also added a six-inch latex mattress to their bed.

The smaller of the two Dometic 12-volt coolers sits between the seats for easy access to food. 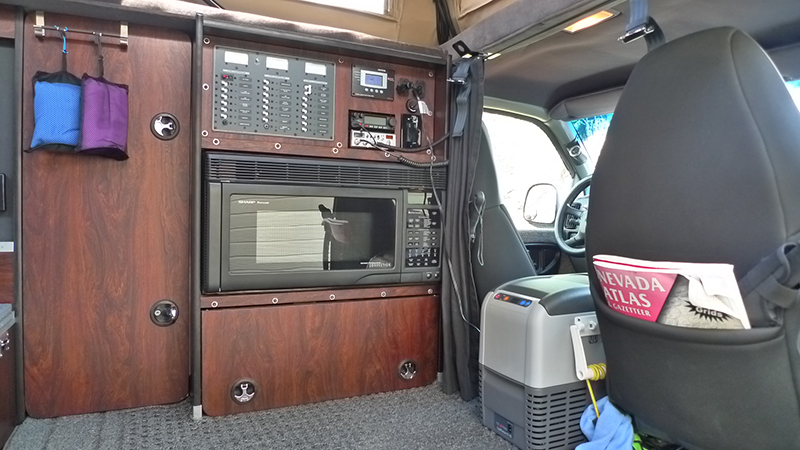 The navigation area includes an iPad with a world full of maps. 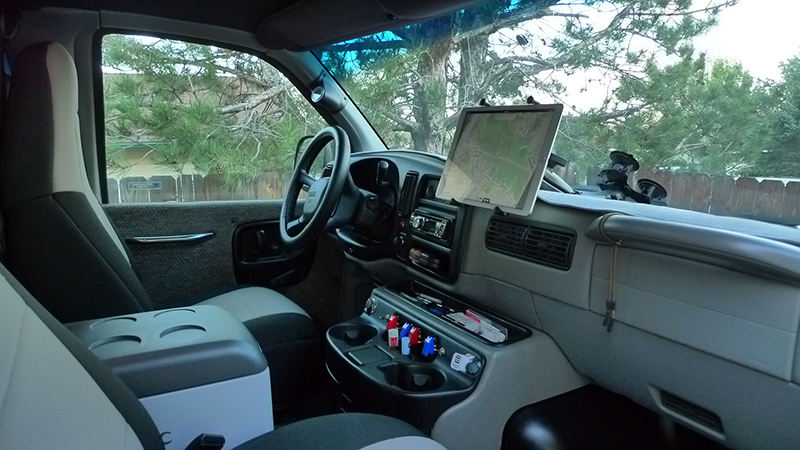 Other details that make this van more road (and world) worthy include:

For even more safety on international roads, Vernon also installed winches on the front and back of the van as well as adjustable shocks.

The large locker on the rear holds tools and a piece of airline landing pad to create makeshift bridges for washed out roads.

The van’s “control board” keeps track of the essentials: power, water, et cetera. 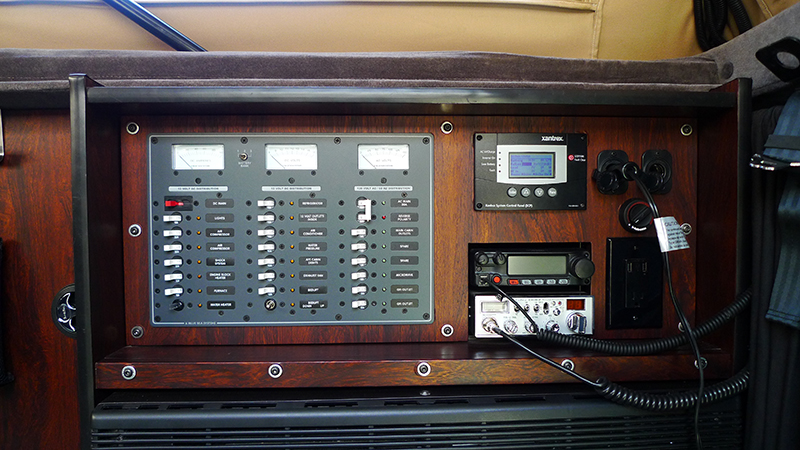 The van navigation system is top-notch with a full map database, dual GPS, and satellite and topographic maps.

For safety in less than stable areas, the couple will have several self-defense tools including 8000 lumens of roof-mounted spotlights.

We want to go full time for the rest of our lives. If we stay healthy, we will continue on.

You may also like: 8 Awesome Off-Road Vehicles From The 2017 Overland Expo West