Skip to content
Table of Contents show
HomeCamp is available for campers and hosts in Australia.
The site features properties open to tent, van and RV campers.
Some locations are rural and close to national parks.
How about setting up camp on someone’s beach property?
Watch an interview on Australian TV about HomeCamp.
Share this post:

The popularity of Airbnb, Uber and Lyft have paved the way for other sharing community options, including camping in stranger’s backyards. DIYRV featured Camp In My Garden a few months ago and now Australia has their own version, HomeCamp.

HomeCamp is available for campers and hosts in Australia. 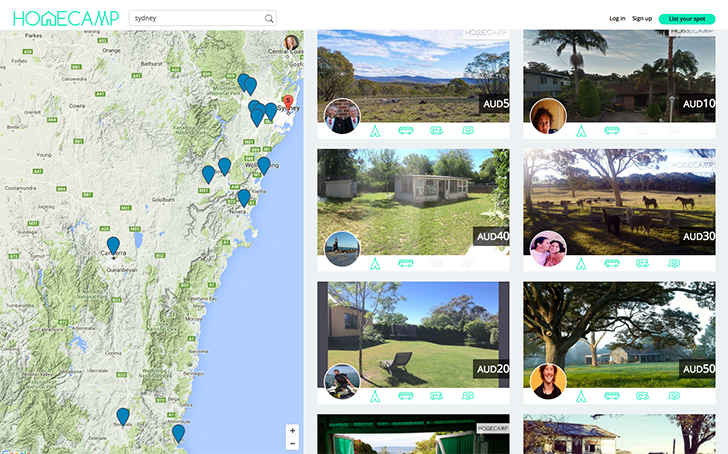 The idea for HomeCamp came from French camping enthusiast David Avitbol while he was camping in his van with his girlfriend. They were concerned they wouldn’t find a place to park their van at night in the more strict neighborhoods. They began to ask people if they could camp in their backyards. 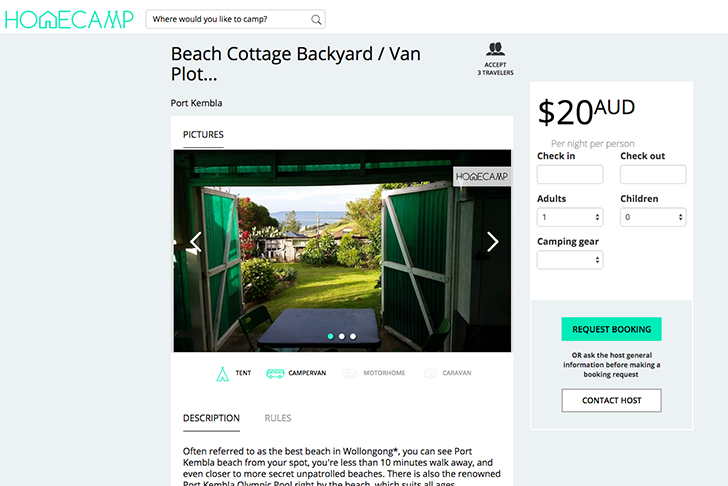 The idea took off and now both campers and hosts can set up accounts on HomeCamp where campers can park or set up a tent in a safe environment that includes backyards and driveways.

Hosts can make a little extra cash and share their unique locations with world travelers. Hosts indicate on their profile what type of campers and how many they can accommodate.

Hosts also set the rules and pre-screen campers before letting them stay, but many Australian councils require that hosts get approval before they open up their properties to campers.

Some locations are rural and close to national parks. 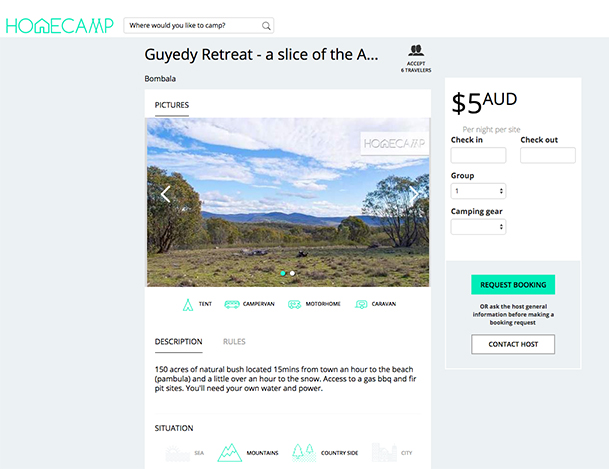 Camping locations range from farms and rural acreage to beach properties and suburban backyards. There are even unique places to rent including tipis or a cottage to park your camper van. Prices average around $35 Australian dollars for a tent spot.

How about setting up camp on someone’s beach property? 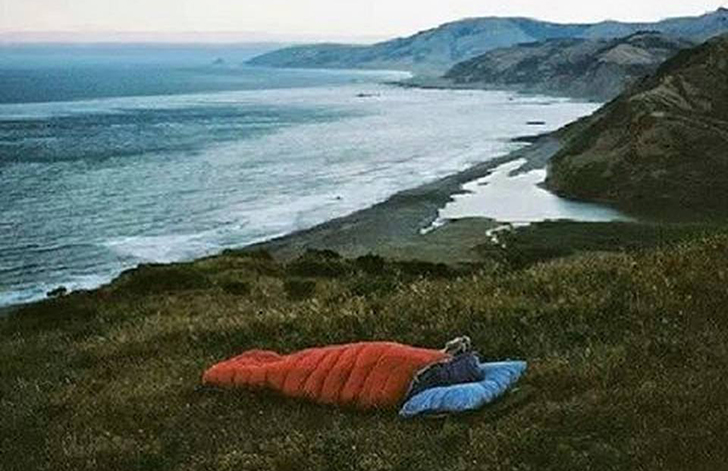 Of course, it helps to have pleasant weather like they do in Western Australia.

Watch an interview on Australian TV about HomeCamp.