Depending on your electrical needs, living off the energy grid for an extended period of time could require a huge amount of alternative energy.

This utilitarian off-grid camper has an astounding 1,820 watts of solar panels (14 individual panels of 130 watts each). And to store and control it all? Try 18 Trojan T105 batteries with two Outback charge controllers!

A tilt-able mount allows for manual positioning of the panels, though he said that,

Using the panels flat was more than adequate for my entire needs and then some.

Built on a 1990 Chevrolet school bus chassis with an 8.6 liter Detroit diesel engine, the bug out bus currently resides in the Colorado wilderness – but it’s for sale! 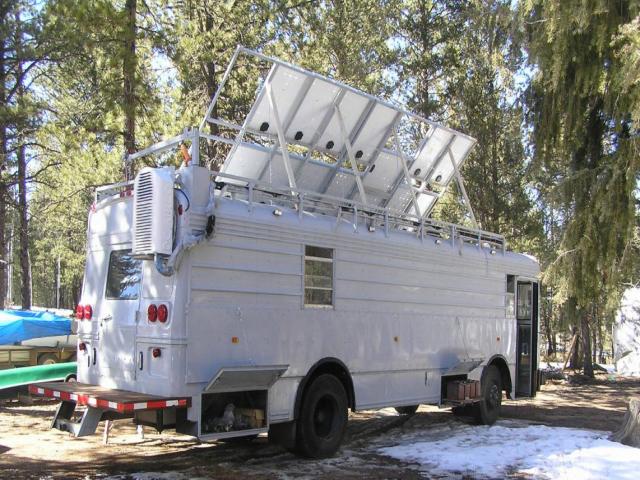 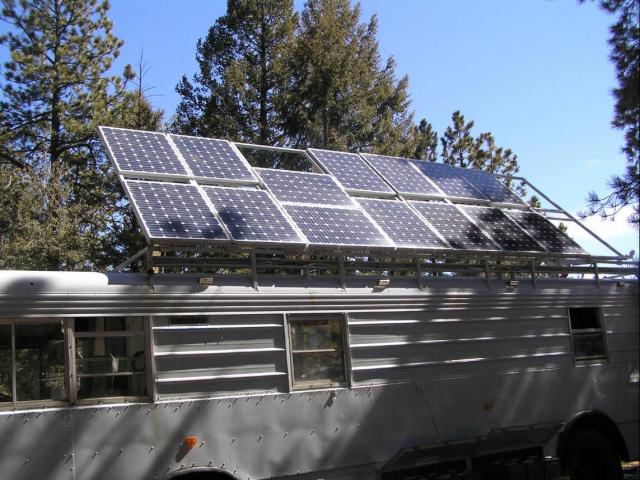 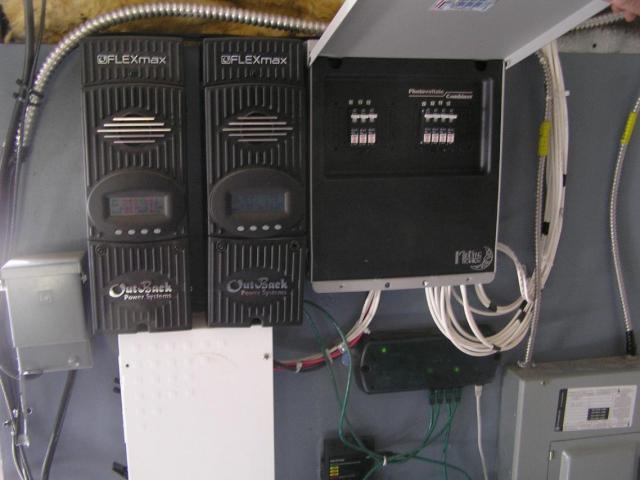 One commenter on The Flying Tortoise mentioned that the builder may want to change the configuration of the battery setup.

From the looks of things, it appears the owner has wired the batteries in series-parallel, with 9 strings of 12 V batteries. This could cause battery equalization problems over time.

…I believe that the bus builder has attempted to take the 18 T105 batteries and combine them in a series-parallel string to create 1620 ampere-hours of storage at 12 volts. If the builder had instead designed a 48 volt system with eight Trojan L16 350 ampere-hour 6 volt batteries, essentially the same amount of energy storage would be realized…[without equalization problems].

Still, there’s no denying that with such a huge amount of excess solar power capacity you could stay hidden out in the woods for a very long time.

1 thought on “His Homemade Survival Vehicle Has An Alarmingly Large 1,820 Watts Of Solar Power”