When building a trailer for the first time, most people want to keep it simple. Not art teacher Laurie Gatlin and her husband Dale Robertson. This Long Beach, California couple decided to go all the way with an exquisite vardo that features Dale’s construction and remodeling skills and Laurie’s painting and design talents.

Laurie and Dave’s beautiful vardo features a mural of their state birds. 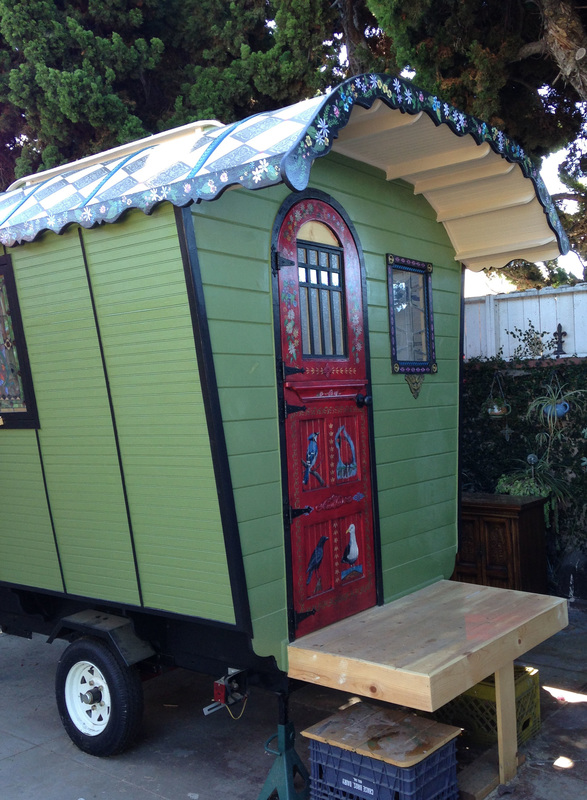 A vardo is a traditional Romani wagon that usually features a sleeping and cooking area, a full size door and even a small cast iron stove. Laurie and Dave’s vardo is a Reading model named after the Berkshire town where the design was first created. Laurie was enamored with the design possibilities of vardos and first thought about a buying a small travel trailer and customizing it. Dave said, “Why don’t we build one?”

“At first I thought it was a crazy idea, but one morning I woke up really early, got online to look at vardo designs and fell down the rabbit hole on the internet. When he woke up, I said, “We’re going to build a camper!” I love the gypsy wagon look and I figured here was a chance to do all kinds of over-the-top design ideas.”

The couple did an initial mockup of the vardo in cardboard. 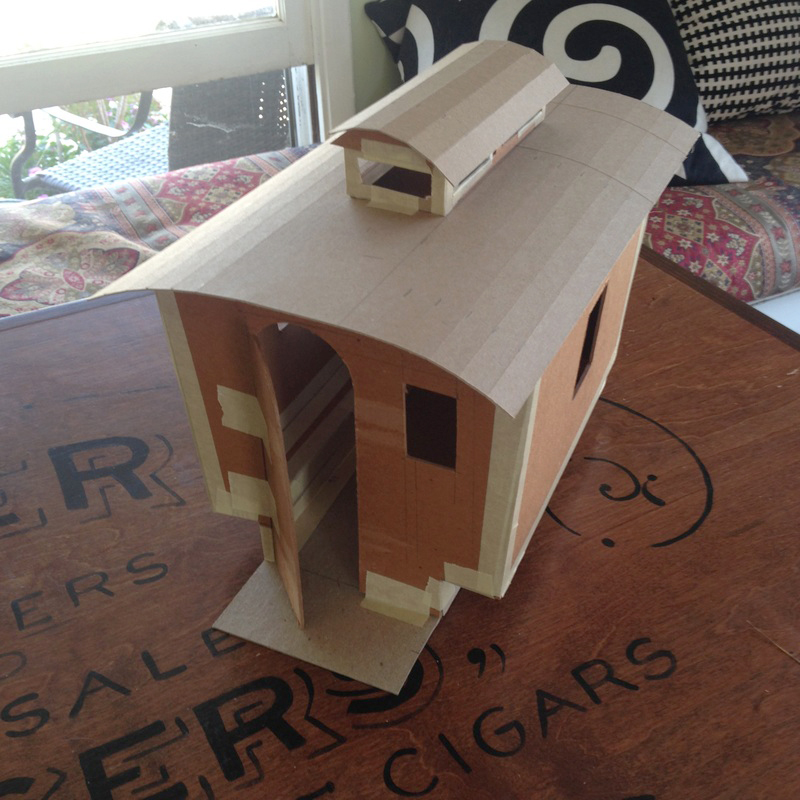 The vardo stands on a sale-priced Harbor Freight trailer. 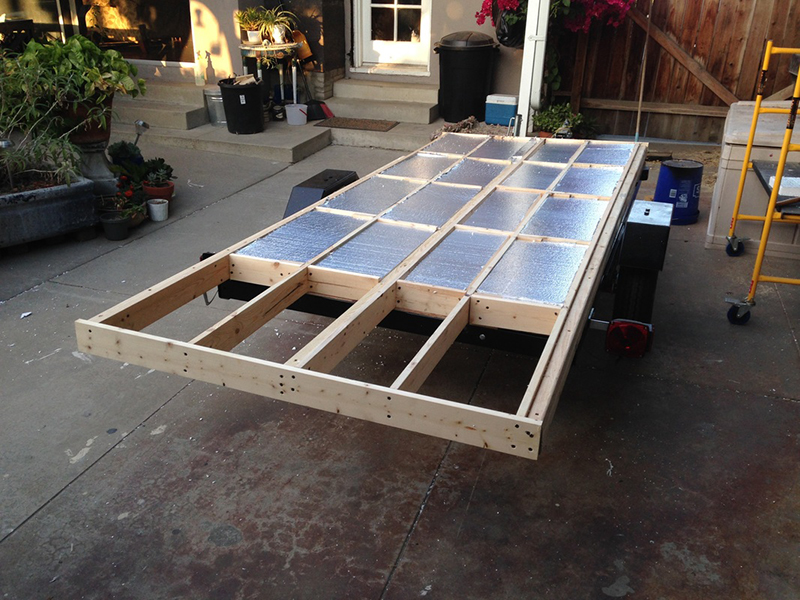 Most of the vardo is built with inexpensive wood right off the lumber rack. 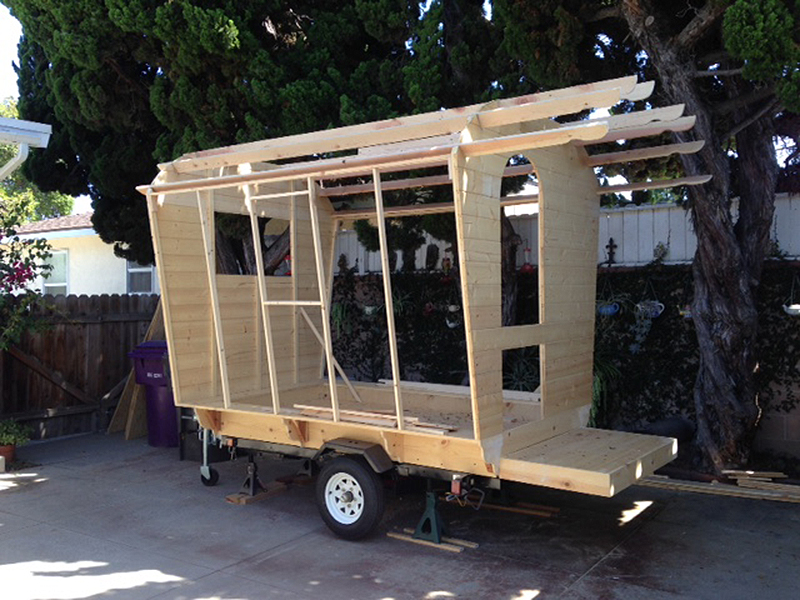 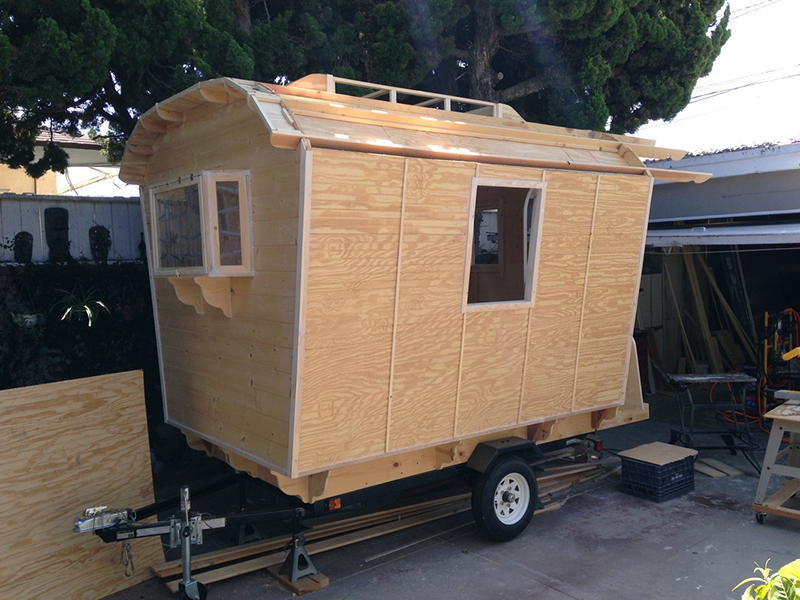 The couple first mocked up their design with cardboard, and then using a Harbor Freight trailer (purchased with a 4th of July sale coupon) the couple began their build. They’ve used inexpensive lumber from big box stores: tongue and groove for the two ends, 1×2 framing and plywood beadboard, with 1×4 framing for the roof frame.

The roof is made of painter’s canvas, glue and exterior paint. Laurie then stenciled her own design. 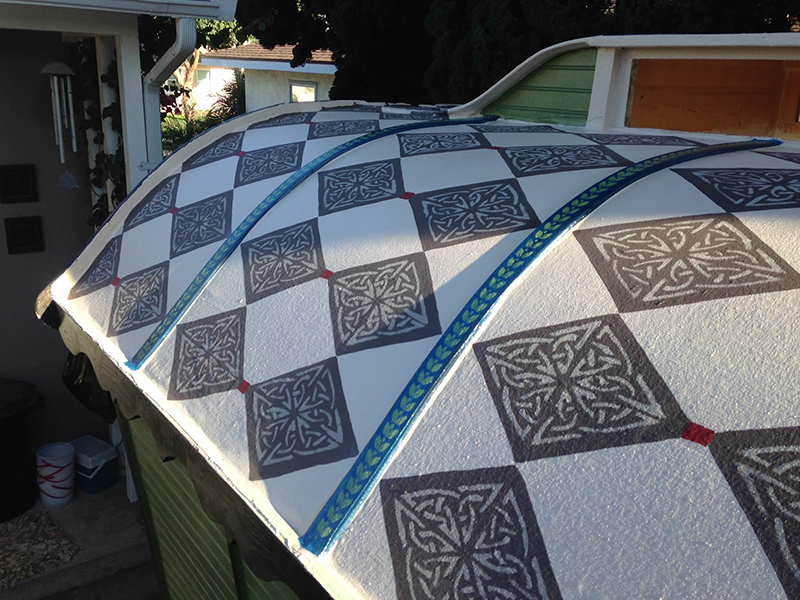 They used “poor man’s fiberglass” (a combination of drop cloth canvas coated with exterior paint) for the roof and are hoping to use all recycled materials for the interior. Several old cabinets and armoires will be used for interior cabinetry.

It’ll keep costs down and also give us some fun problems to solve in creative ways.

The Dutch door features a few of the couple’s favorite birds. 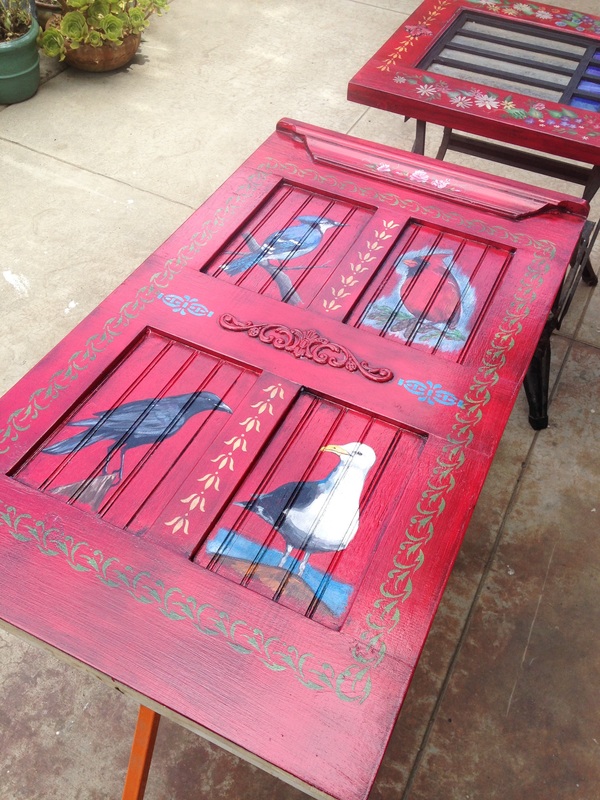 What will really attract attention on the road are Laurie’s painted details on the Dutch door and windows. She teaches art at a local college and knew their vardo would have to have a lot of decorative painting. They wanted both of their home states (California and Indiana) represented as well as their love of nature and gardening.

We each picked two birds (he chose the state bird of Indiana and a midwest blue jay, I chose crows, which I love, and seagulls to represent California). He gets a lot of input on the decorations, but they’re all executed by me. 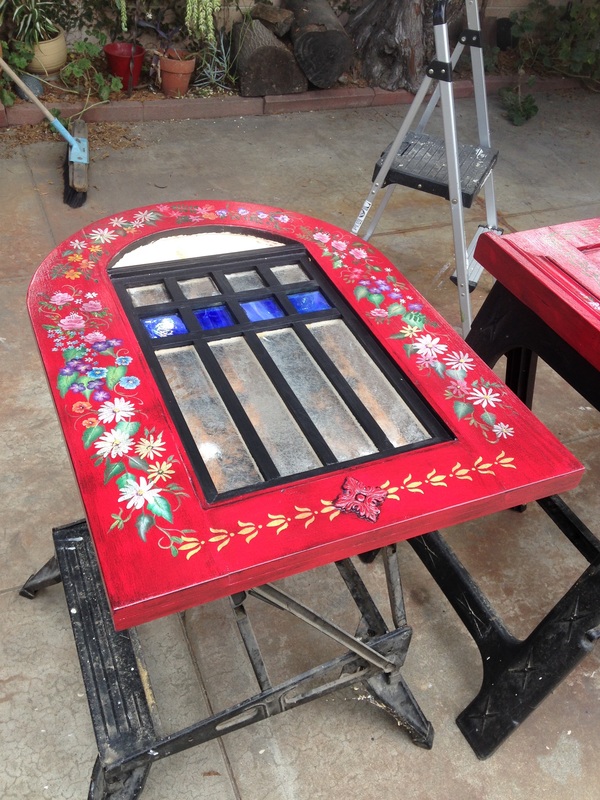 Laurie and Dave plan to travel the country in their colorful camper. 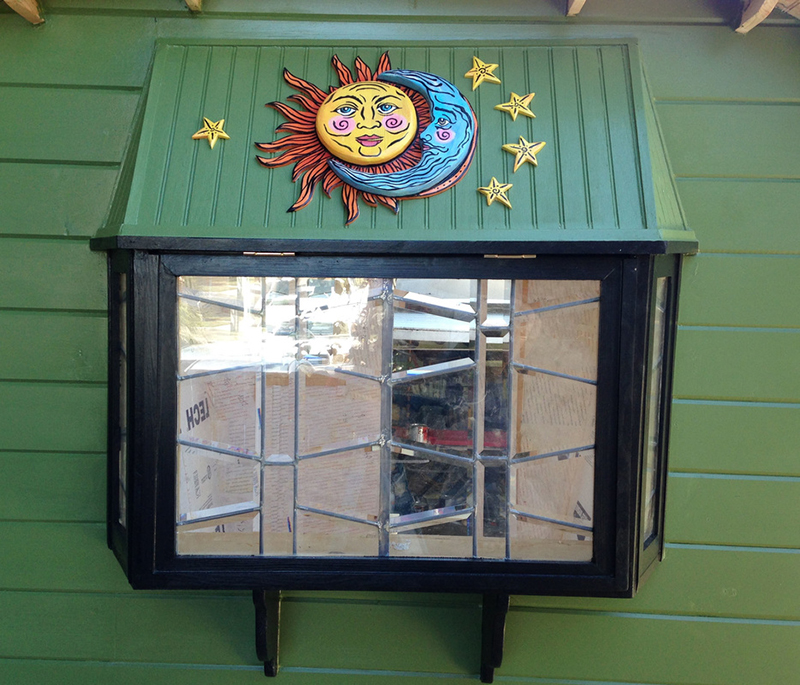 The couple plan to take their summers off and tow the vardo to U.S. National Parks and to the Midwest. They also want to keep their costs down with the trailer by making it as light as possible.

We’re trying to keep it as lightweight as we can, since it’s taller than teardrop or other smaller trailers. We want to keep the costs down as well, our budget is to keep this project under $3,000.