This post may contain affiliate links or mention our own products, please check out our disclosure policy here.
Turn your next camping trip into an adventure on the water with an easy-to-carry and durable inflatable kayak.

If you’re in the market for a kayak, you know it can be a confusing purchase. There are just so many different types. From touring styles to modular to sit-on-top and folding, there’s no shortage of variety. But just one choice can make your purchase a much easier decision – choosing an inflatable kayak.

For years, many people have seen inflatable kayaks as being only a step above a pool toy. In fact, one of the largest drawbacks was always performance. You simply couldn’t get the same ride that you would with a traditional hard shell. But thanks to recent technology, that’s no longer an issue. Today’s inflatable kayaks handle just as well as any other type. What’s even better though is that inflatable kayaks have advantages that go far beyond the water.

If you’re thinking about picking up a new kayak, here’s why you shouldn’t hesitate to choose an inflatable one.

Inflatable kayaks are easier to move and store. 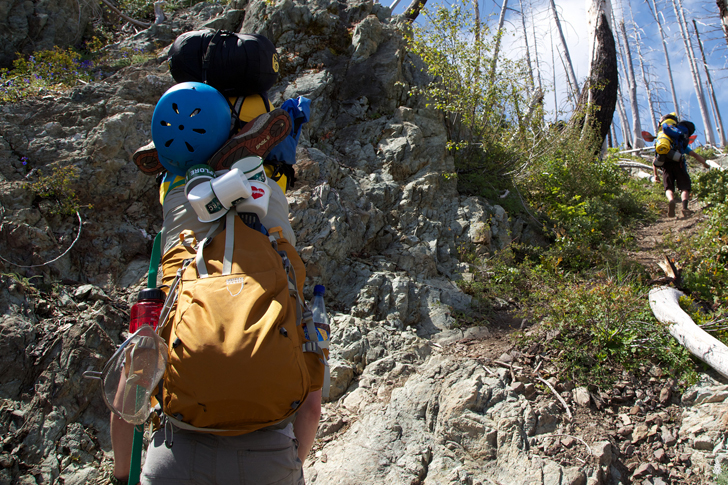 Transportation and storage is probably the largest benefit of an inflatable kayak. It’s so much of an advantage though, that this reason alone makes an inflatable worth the purchase. For most kayak owners, the day starts and ends with trying to tie their kayak to the roof of a vehicle and hoping the ropes hold as you travel down the road.

It’s a job that can be tough to do alone, and one that you’ve got to be very cautious about, unless you want to see your expensive kayak toppling off the roof. When you have a traditional kayak, hitting the water takes a planned effort.

Transporting an Inflatable Kayak Is Easy

The vast majority of inflatable kayaks can be placed in a large backpack, meaning they can be tucked into the trunk of a vehicle, checked on an airplane, carried up a mountain trail – or even taken on mass transit. You can carry and store an inflatable kayak places you’d never dream of taking a traditional one.

With an inflatable kayak, it’s much easier to have around “just in case.” You can pack it with your things if you’re flying to a foreign country, take it down the elevator of an apartment building, or have it tucked away in your RVs storage space for that moment you happen across a pristine body of water during a hike.

With an inflatable kayak, you have so much more freedom and flexibility as to when you go out on the water. You may not have been planning to paddle today, but since you just drove up on this beautiful mountain lake, and the kayak is just in the closet behind you… why not? 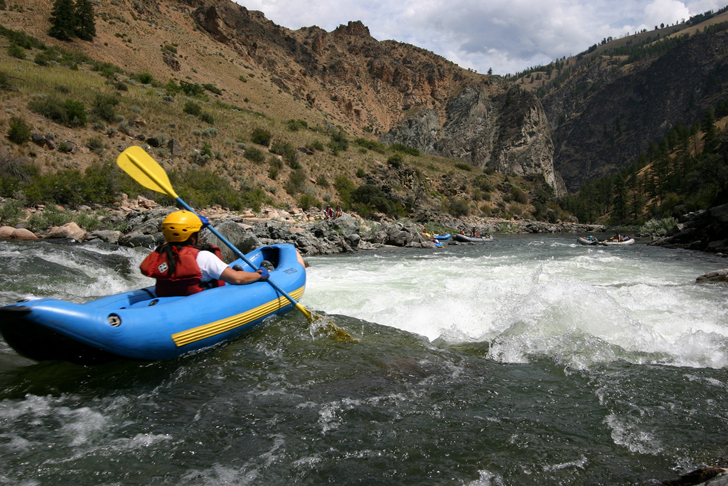 When you first think about it, an inflatable kayak doesn’t seem too durable. It seems like the first brush up against a sharp rock would leave you with a pile of deflated rubber, but that’s not the case at all.

Most inflatable kayaks are very heavily constructed, and can truly take a beating. After all, that’s what they’re built for! Most of them are made with the same type of skin you see used in high-end whitewater rafts.

And on the rare occasion that you do manage to puncture your kayak, repairs are simple. Most new inflatable kayaks come with a repair kit. To fix a leak, you just cut out a patch, apply the glue, and let it sit untouched overnight.

Inflatable kayaks are stable in almost any water condition. 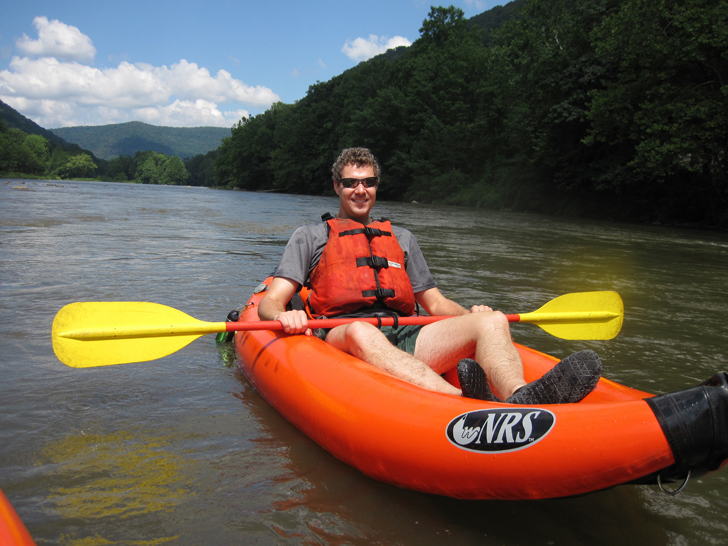 If you’ve ever watched someone in a kayak go down a river, you’ve no doubt seen them tip over and have to right themselves. While it’s not incredibly common, it does happen, and it’s something a kayak rider needs to know how to handle. While tipping over is a concern in any kayak, it’s much less of a concern in an inflatable one.

Why? It turns out that inflatable kayaks tend to be a little wider than their hard shell counterparts. Because of that, they’re more stable. This does sacrifice a little speed, but it’s not always important to have the fastest craft in the water.

The inflatable variety of kayak also tends to be much more buoyant than a hard shell, primarily due to the pockets of air all around the body. A traditional “v-shaped” hull has a low center of gravity, allowing it to slice through the water easily. But an inflatable kayak sits high and is much more resistant to sinking down in the water.

Overall, inflatable kayaks are pretty stable in just about any type of condition, from flat water to rapids. In fact, you’ll often find that an inflatable is more stable in rough waters than a regular kayak. 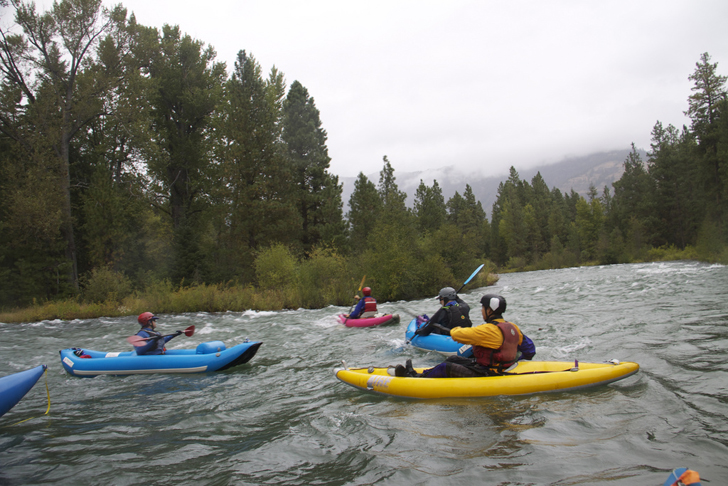 Especially before you fully dive in to a hobby like this, you might want to test the waters first. Fortunately, an inflatable kayak is a great way to get started. They’re significantly cheaper than other kayaks, meaning you’re not left with a very expensive piece of equipment if you decide it’s not for you. But, just like rigid kayaks, there’s a large price range.

It’s certainly possible to spend more on a high-end inflatable kayak than you would on an entry-level hard shell. But a beginning inflatable kayak is going to be your most budget friendly option by far for your first time out.

What type of inflatable kayak is best for you? 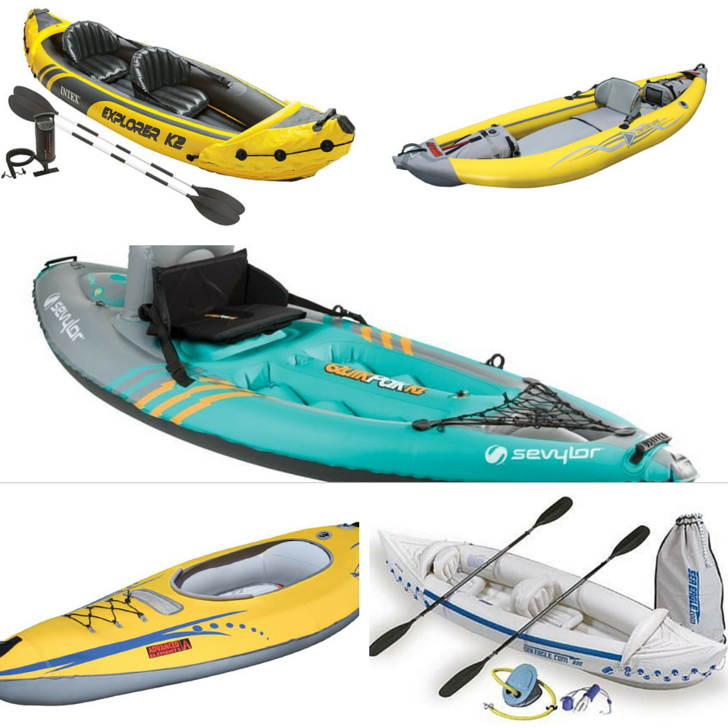 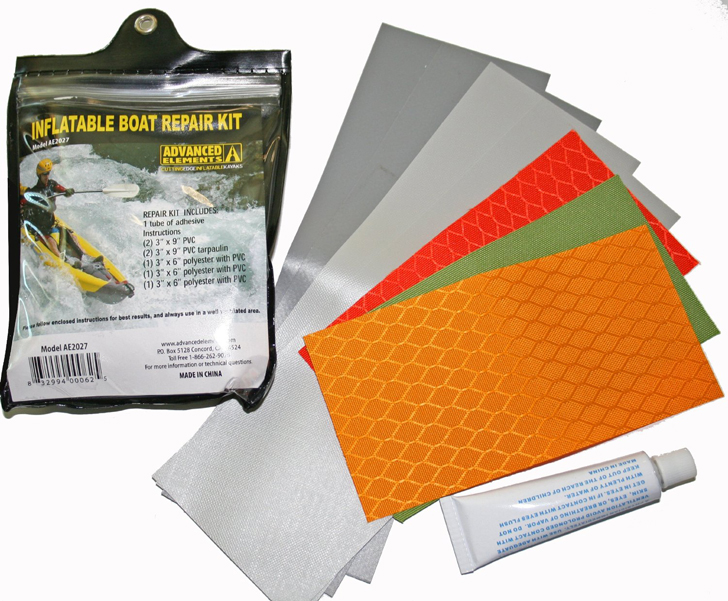 Inflatable kayaks do have a few downsides though, most of which have been mentioned above. But here’s a look at the issues that separate them from the traditional, hard-shell varieties:

The most important thing is to choose a kayak that fits your specific lifestyle and suits the water where you’ll use it most often. Fortunately, there’s an inflatable kayak that’s going to be perfect for your situation.