This man relies on a Kimberly wood stove in his motorhome to survive Alaskan winters. See how he installed the device in his rig.

Tim Johnson grew up in Georgia and now lives in Alaska in a rare 1989 Toyota Odyssey 4x4 motorhome (only 6 were ever made!). He bought the motorhome in Los Angeles, and added a bunch of stuff to it so he could live off the grid.

Besides solar panels, roof racks for his kayaks, and a small interior garden, Tim installed a Kimberly wood burning stove and chimney. 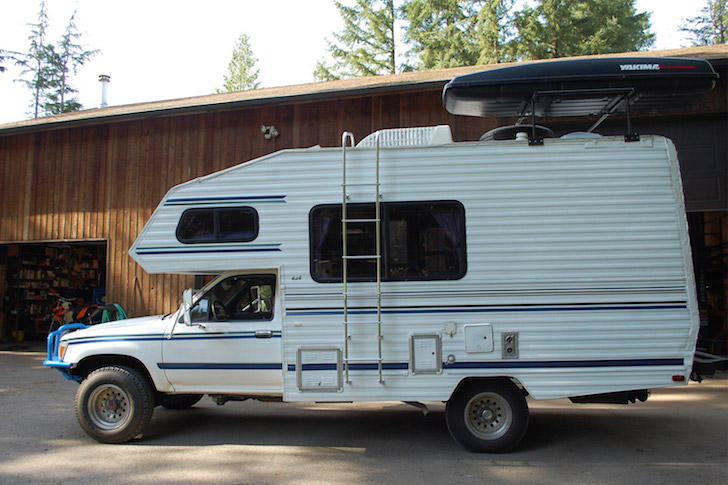 The Kimberly stove inside Tim’s motorhome. 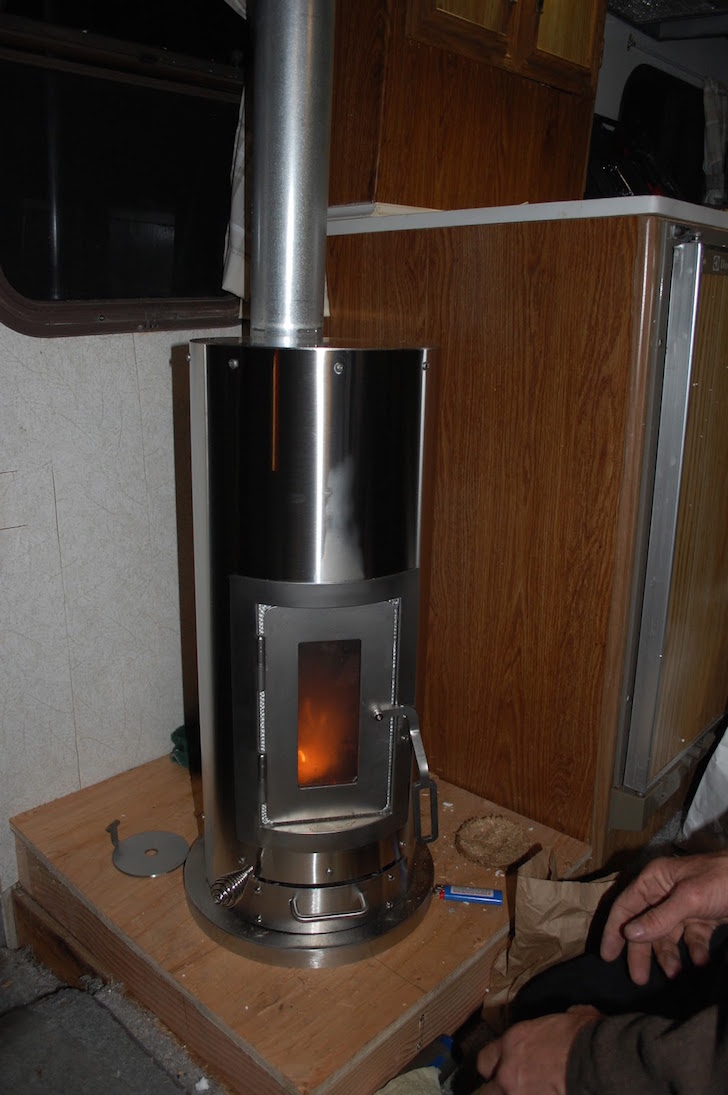 Tim uses the stove as his one and only source of heat – throughout the Alaskan winter. Although he’s used a lot of wood stoves before, the Kimberly wood stove is the most efficient. For example, Tim says that a single cord of wood usually lasts the entire winter.

His dog keeping warm next to the stove. 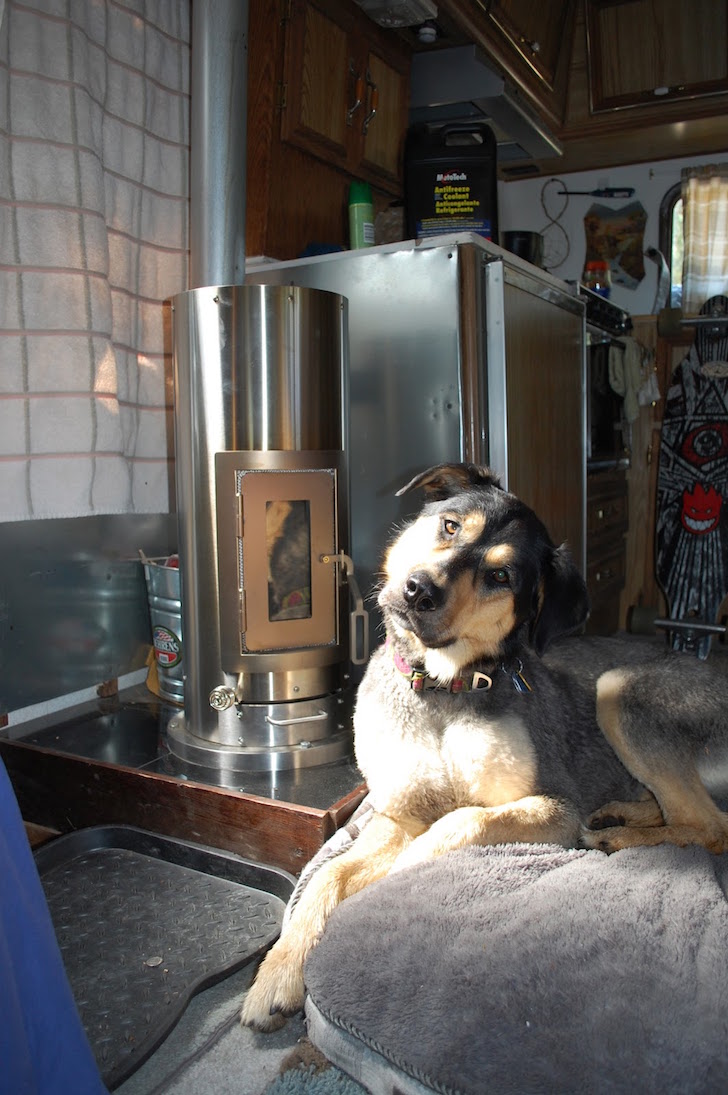 Some may say that installing a wood burning stove in an RV is a bad idea, and could result in a fire that destroys the camper – or worse hurts you.

Many wood stoves found in cabins or timber frame homes require several inches of clearance between the stove and a wall or other flammable object. The Kimberly stove requires only one inch of clearance, making it ideal for ultra-small spaces – like in a motorhome.

Tim thought long and hard about installing a wood stove in his rig. He decided that if properly installed, there would be no harm in using the Kimberly inside his camper.

The Kimberly stove does cost a bit more than other options. The base model will heat up to 1,500 square feet, and costs about $4,500 for the stove itself, a floor pad, some Class A chimney pipe, and shipping. While that may sound steep, Tim said he saves about $1,500 each winter in propane costs by only burning wood.

Here’s a video showing you how he installed the Kimberly wood stove in his camper.

How to Install a Kimberly Wood Stove in a motorhome

If you’re interested in purchasing and installing a Kimberly wood stove in your RV or home, contact Tim for more information. He’ll help you decide if this stove is right for you, and answer any questions you might have about it.