Jayco Trailers was founded on a farm in 1968. The company’s first assembly plant was located inside two chicken coops and a barn on the property.

During that first year in 1968, Jayco sold 132 camping trailers. Today, the company manufactures thousands of trailers for over 25,000 customers each year. 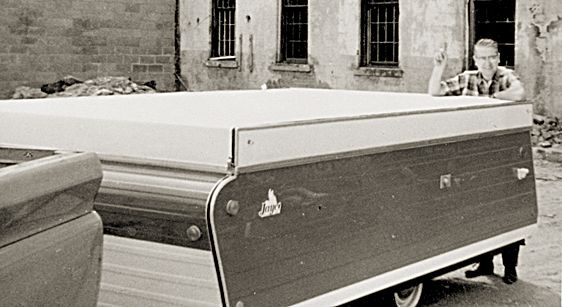 In this video, Jayco’s John MacDonald shows you how their modern Jay Flight travel trailer is made in less than 7 hours.

Through a combination of Old World Amish craftsmanship (they make all cabinets on site) and modern assembly-line practices, Jayco has remained the nation’s largest family-owned and operated RV manufacturer.

Who knew what an impact Henry Ford would have on modern manufacturing processes when he installed the first moving assembly line for his Model T car? If you’re in the Middlebury, Indiana area (about an hour East of South Bend) you can tour Jayco’s factory yourself.