Skip to content
Table of Contents show
Ben spent four months in Chile restoring his VW Kombi
Before and After: Co’Pito’s main living area
Ben, his dog Alaska, and various passengers have made Co’Pito their roadside home
Share this post:

For the past few years, Ben of the KombiLife.com blog has been living and traveling out of his 1992 Brazilian built Volkswagen Kombi through South America, Central America and Mexico. The campervan is named Co’Pito and his Peruvian dog (the ultimate star of the show) is named Alaska—their final destination. Once the trip is completed, Ben will be giving Co’Pito away to one supporter of the journey. You can learn more about how to win the bus and the support process here. 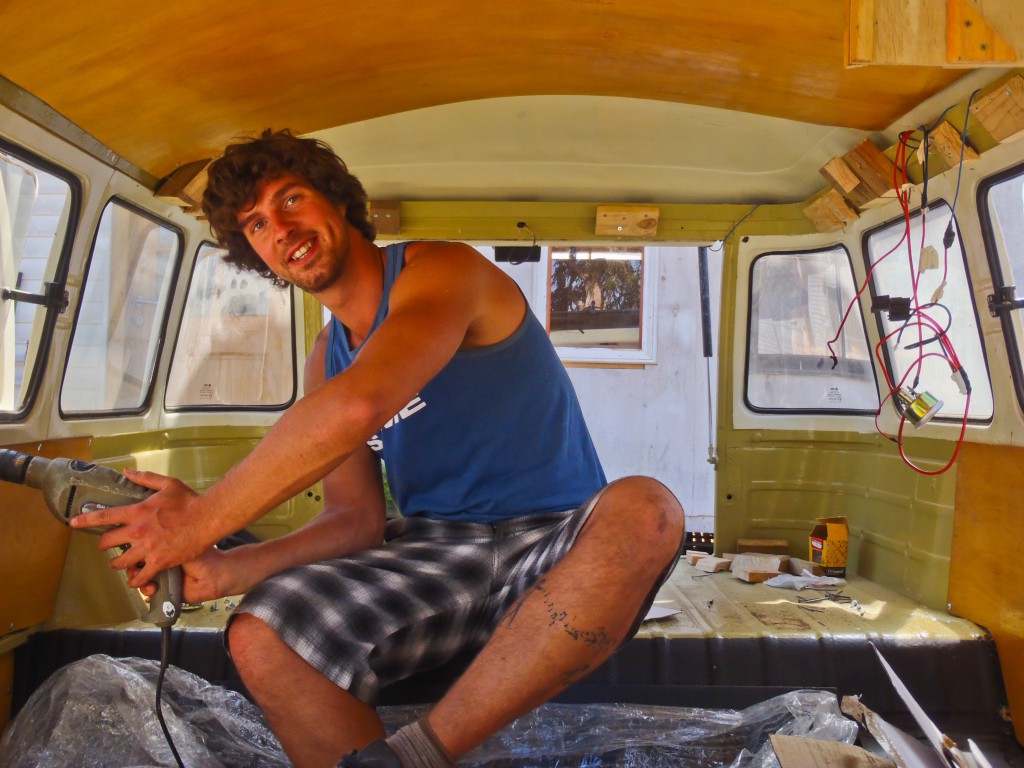 A Kombi is a Volkswagen Type 2 microbus or panel van which was introduced in 1950. This type of van has side windows and middle and rear seats that can easily be removed. Ben’s Kombi does not have the typical kitchen found in camper vans, but a removable stove that can be placed on a picnic table. There is no refrigerator or ice box and fresh food is picked up on the road. Everything Ben owns fits into the Kombi’s various cabinets, nooks and crannies.

“The whole design was based around maximizing living space to cram in as many people as possible whilst using the thinnest materials available to give the 1600cc engine a fighting chance of getting us there,” Ben said on his website.

Before and After: Co’Pito’s main living area 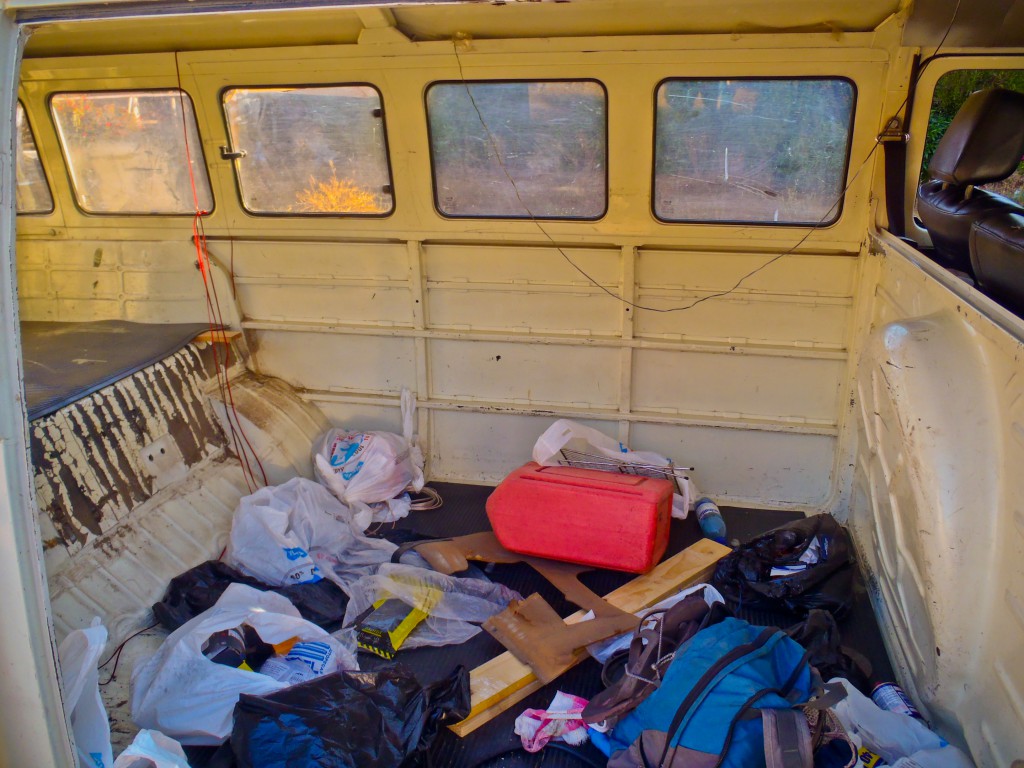 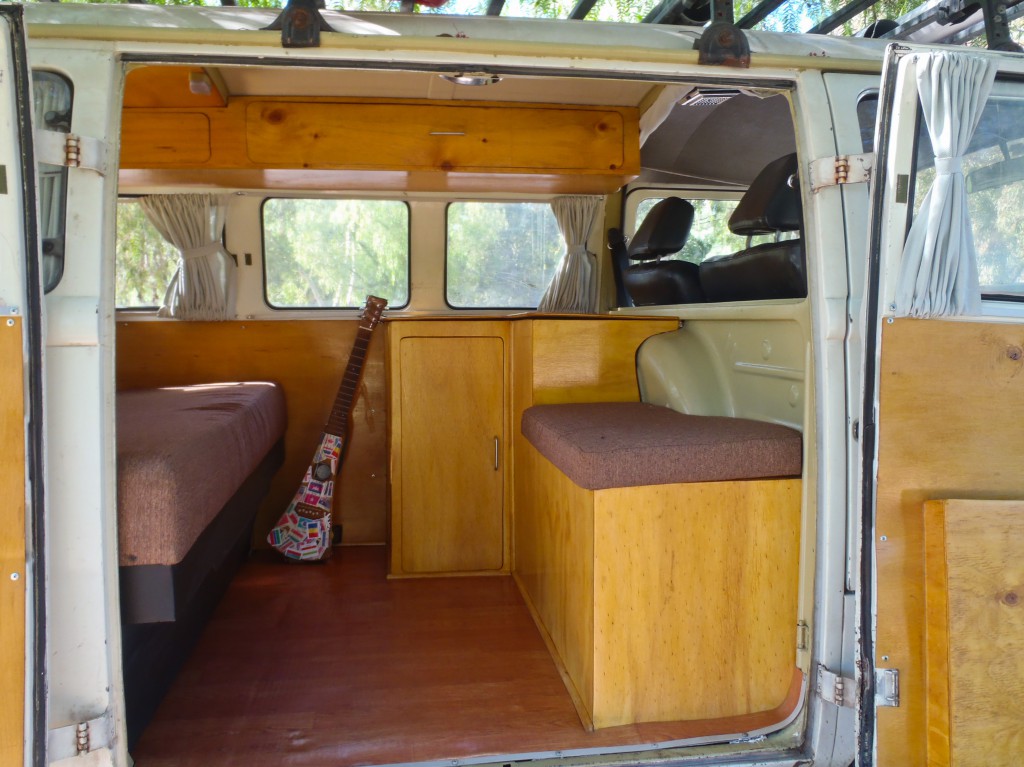 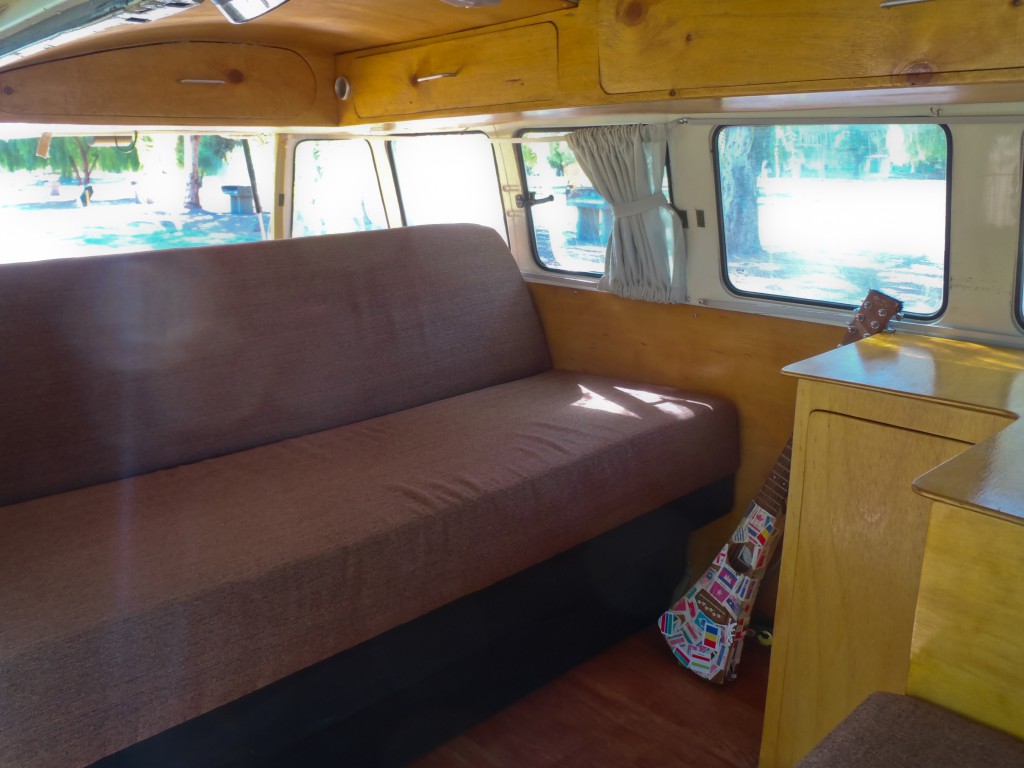 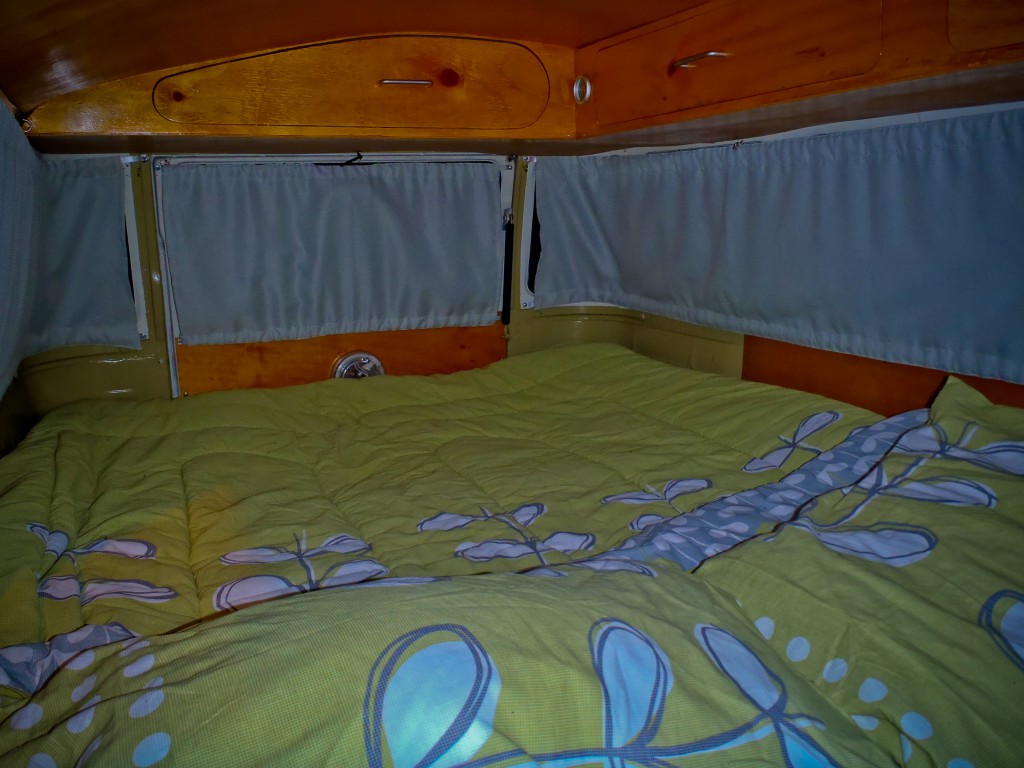 Ben started his trip in Chile and restored the bus to be a tiny living, cooking and sleeping space for him and whoever he picked up on the road. While meandering through Latin America, Ben has picked up various hitchhikers, who contribute to gas, food and share the living space in the tiny bus.

Ben has been documenting his adventures thoroughly, and his excellent, MTV-style videos are fun to watch and may have you ditching the 9-to-5 to travel south of the border with your own VW — albeit with a brand new engine. Ben has spent painful amounts of time repairing and rebuilding the Kombi’s engine. One rebuild in Mexico was planned for only seven days but ended up taking five months which also included new windows and new paint job. Ben, Alaska and their crew have spent just as many nights in mechanic shops as in exotic campsites.

Along with visiting secret surfing spots, tropical beaches, cenotes, ancient ruins, and small towns, Ben and crew have traveled across the Andes, broken down on an erupting volcano, were nearly arrested in Belize, trekked the Amazon with 20 indigenous children and picked up a few pet chickens.

Ben, his dog Alaska, and various passengers have made Co’Pito their roadside home 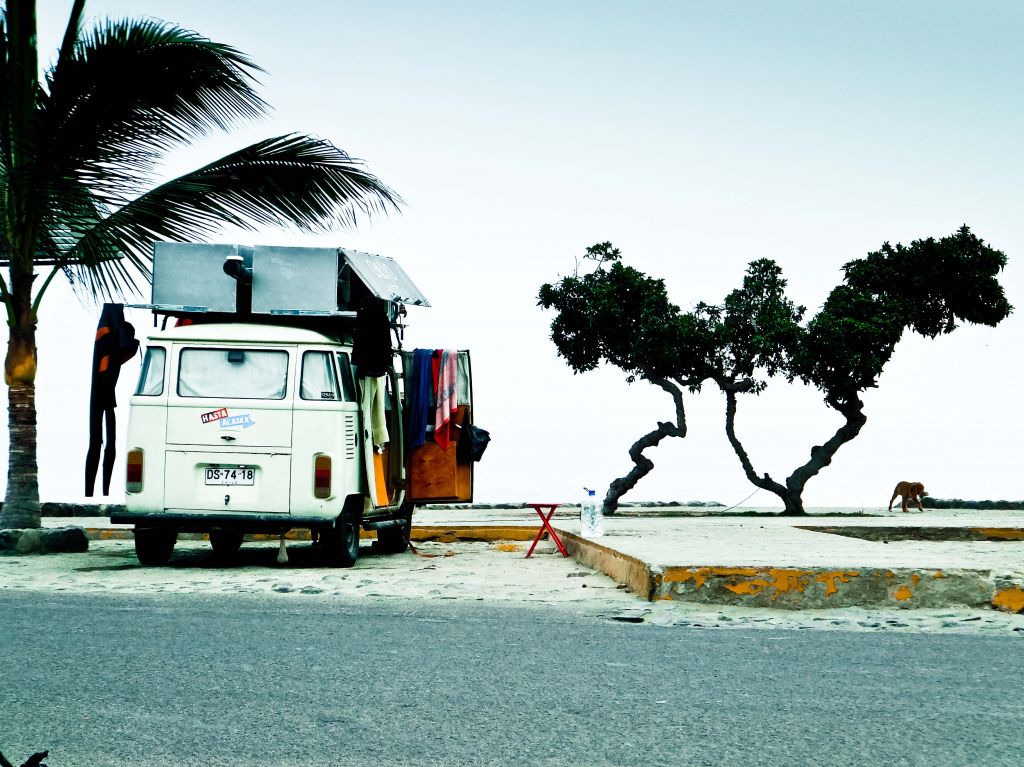 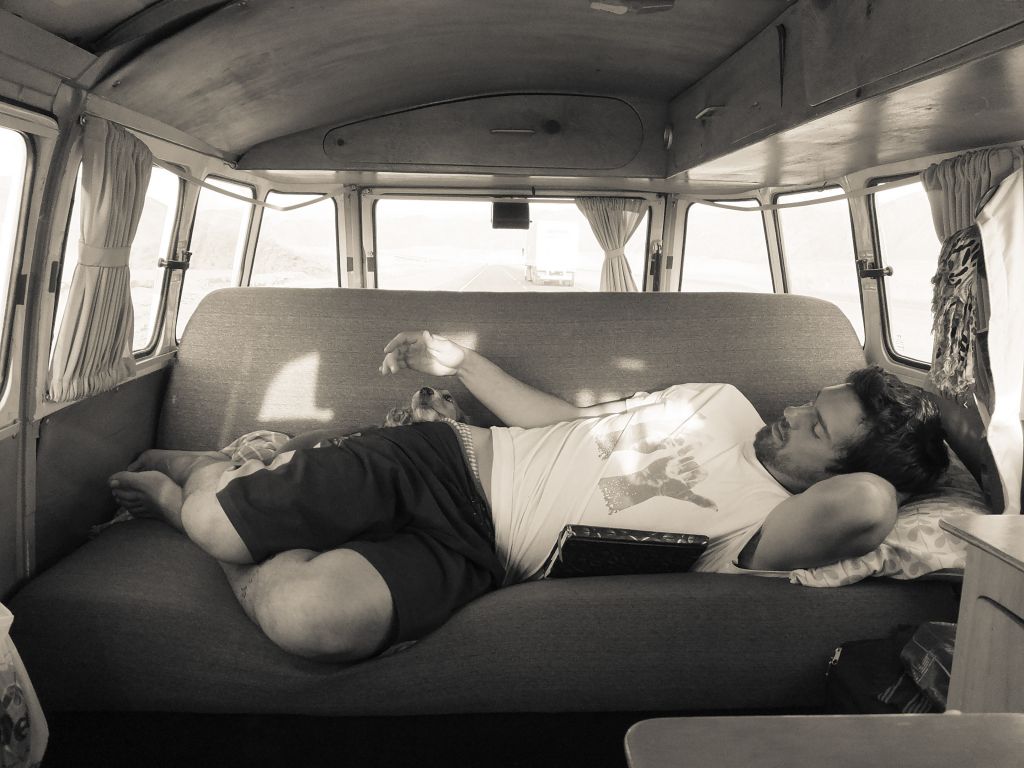 In 2013, Volkswagen decided to stop the 60-year production of the Kombi campervan at its main plant in Brazil. The vehicle has a very popular following in South and Central America, but the van does not satisfy safety standards in Brazil. However, the popularity of the van continues and prices of used vans may skyrocket now that production has ceased. Ben’s Co’Pito could be more in demand than ever. 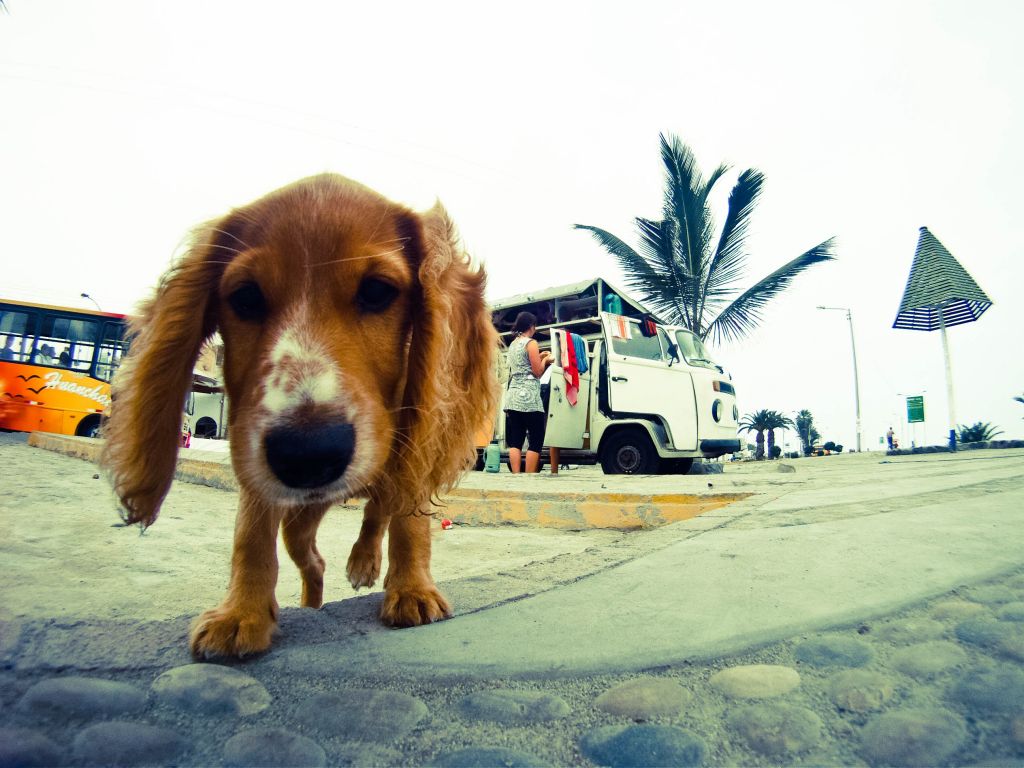 Photos by KombiLife and Hasta Alaska