This artist shows how he built out his Mazda Tribute SUV as a cozy camper.
312
SHARES
13698
VIEWS
ShareTweet

Most SUVs and crossover vehicles can easily be converted into simple and minimalistic campers.  Much like vans, they’re easier to drive than the big luxury Class A motorhomes and they can fit in more campsites.

Regan Bimbi shared on Imgur how he converted his long-loved Mazda Tribute SUV into a comfortable yet stealthy camper.  Inside he added a custom bed, RTIC cooler, and a storage organizer decoratively covered with a beach towel. 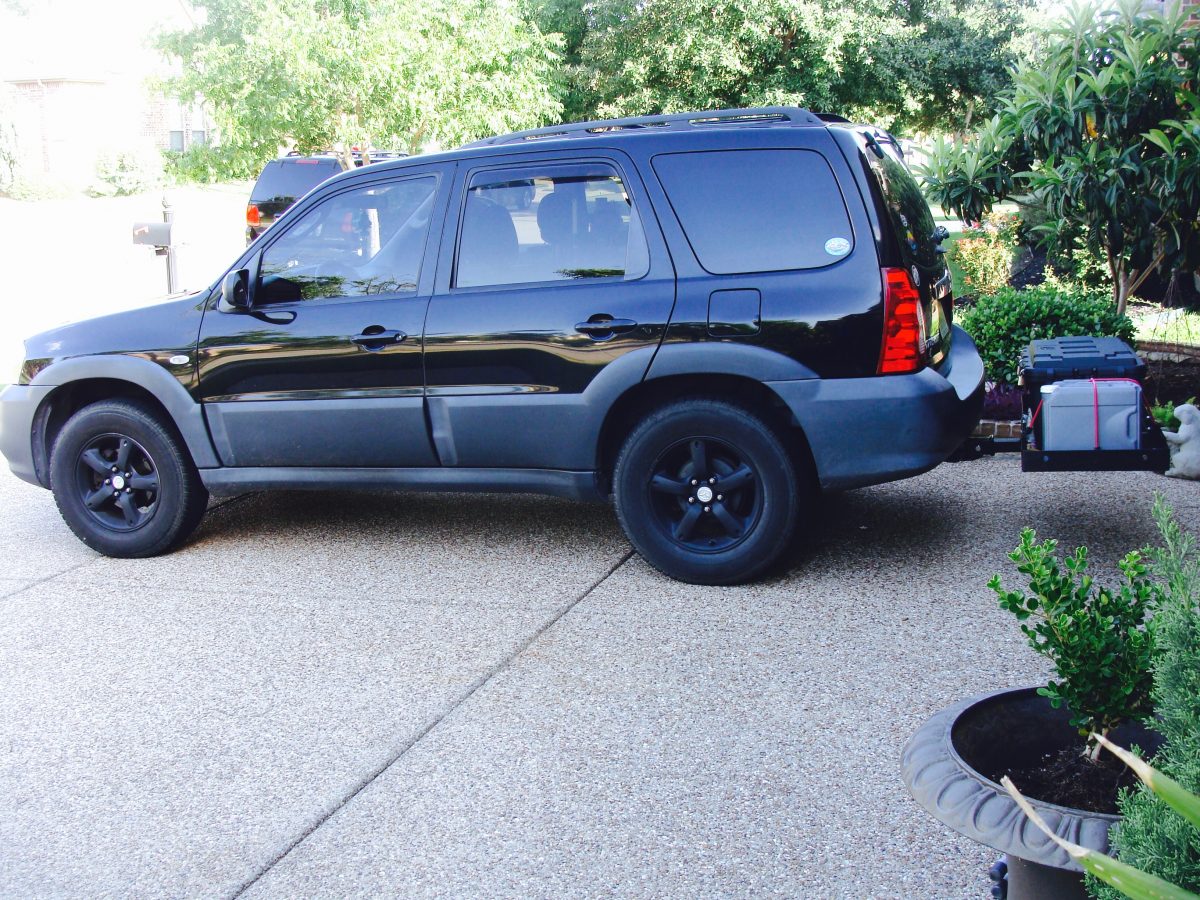 All photos by ReganBimbi, Imgur

He also adorned the interior with string lights and glow-in-the-dark stars. The bed is a 6-inch memory foam mattress that was custom fit with an electric carving knife.  It’s slightly smaller than a twin-size bed and fits perfectly with the rest of the interior setup. 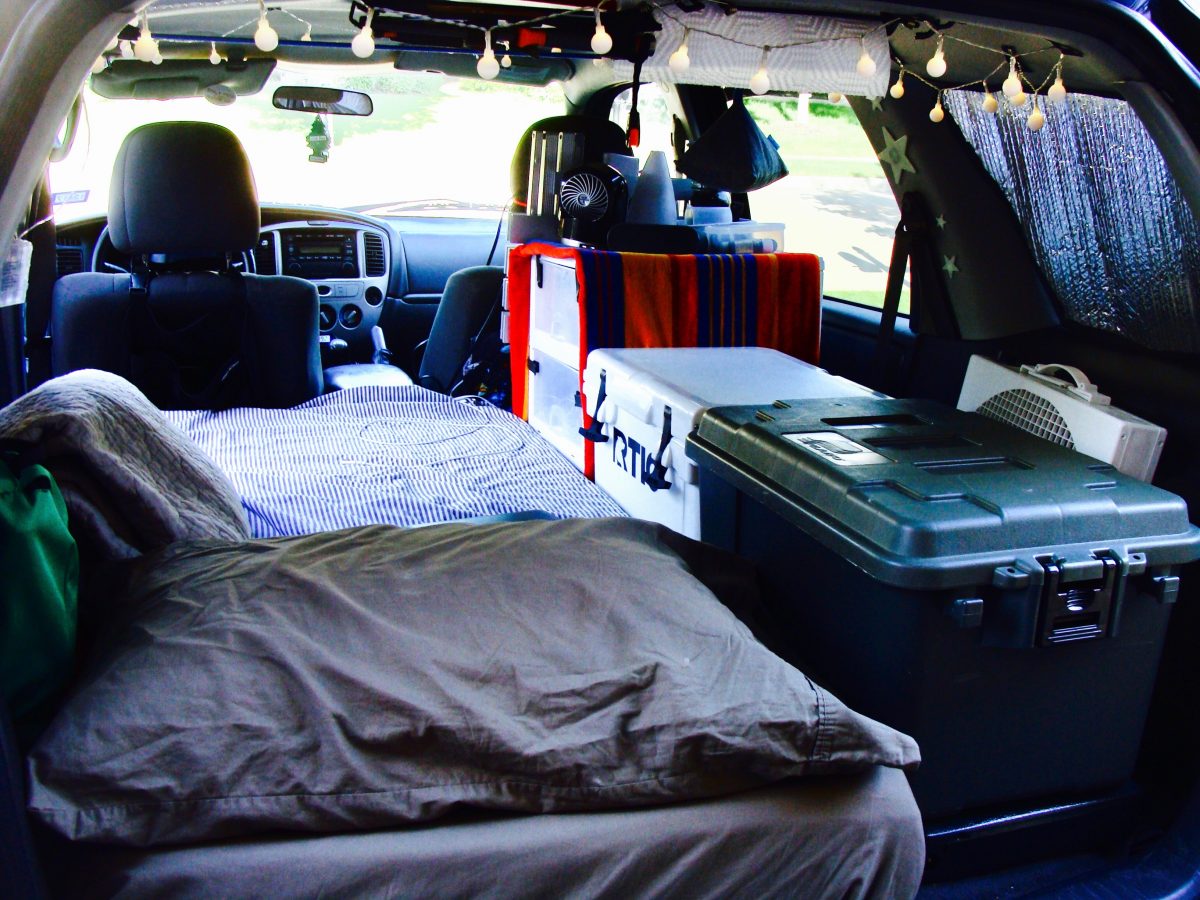 The cozy interior. We love the string lights and mounted paper towels on the ceiling

The trunk can still be opened even with containers on the hitch.  These containers store kitchen supplies and other items that he wouldn’t be too mad if they were stolen but they’re still kept secure in a locked box that is bolted to the cargo basket. 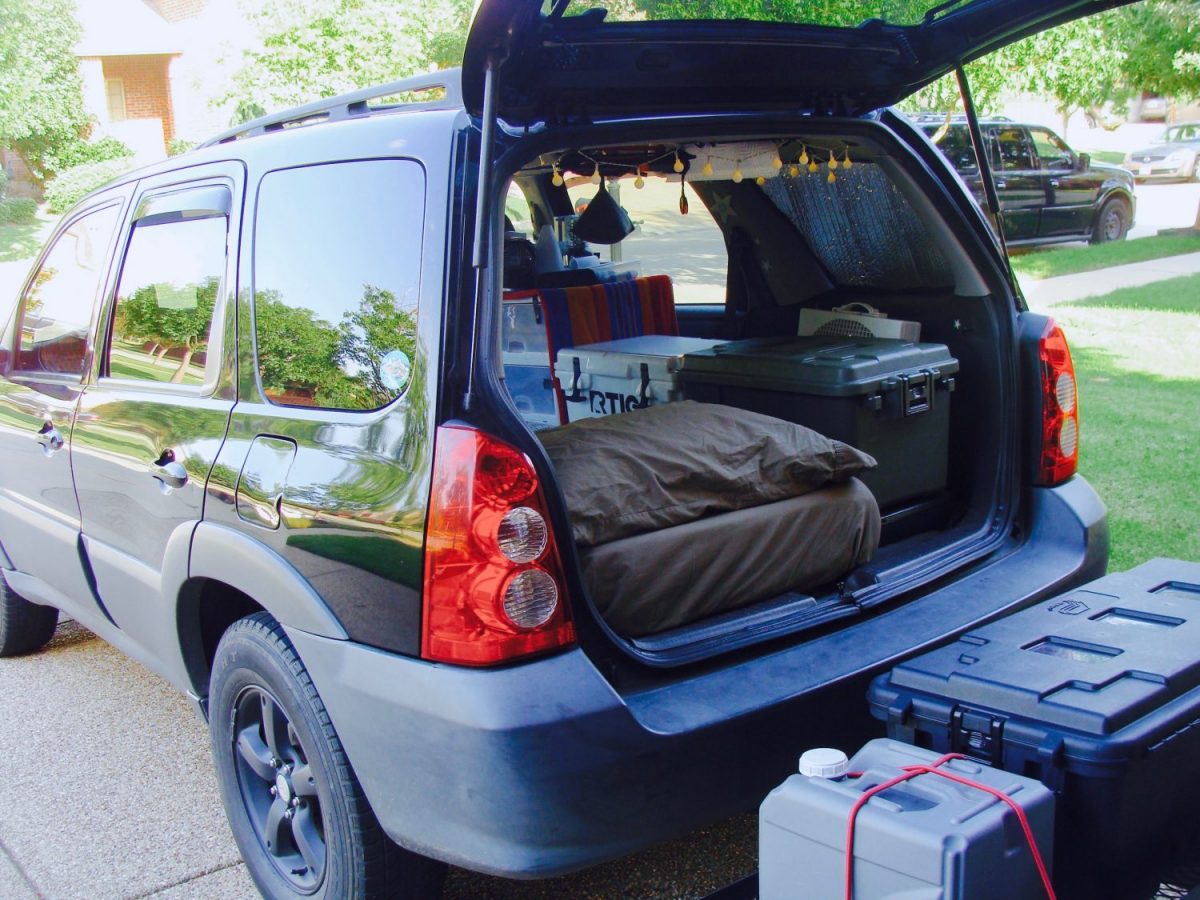 For stealth, Regan cut out blackout Reflectix panels for each of the windows.  The large back window was also decked out with a space theme.  He adds, “It looks really cool at night when my oil diffuser is on and the lights change colors.”

He also set up tinted rain guards on the rear passenger doors so he can open the windows but keep the inside dry and have some privacy. 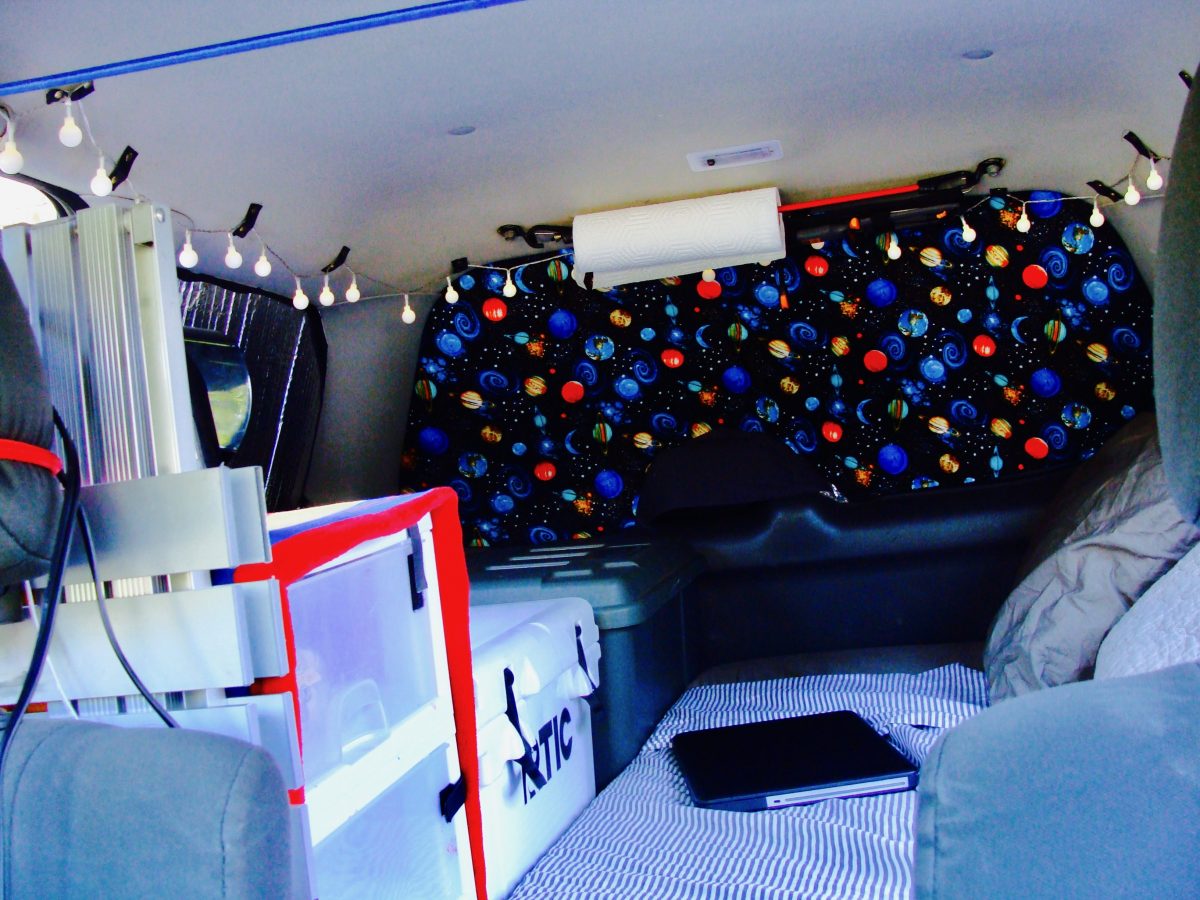 A plastic organizer is used as his pantry, cabinet, and dresser.  He stores a folding table and window panels to the right of the organizer and a small cactus on top. 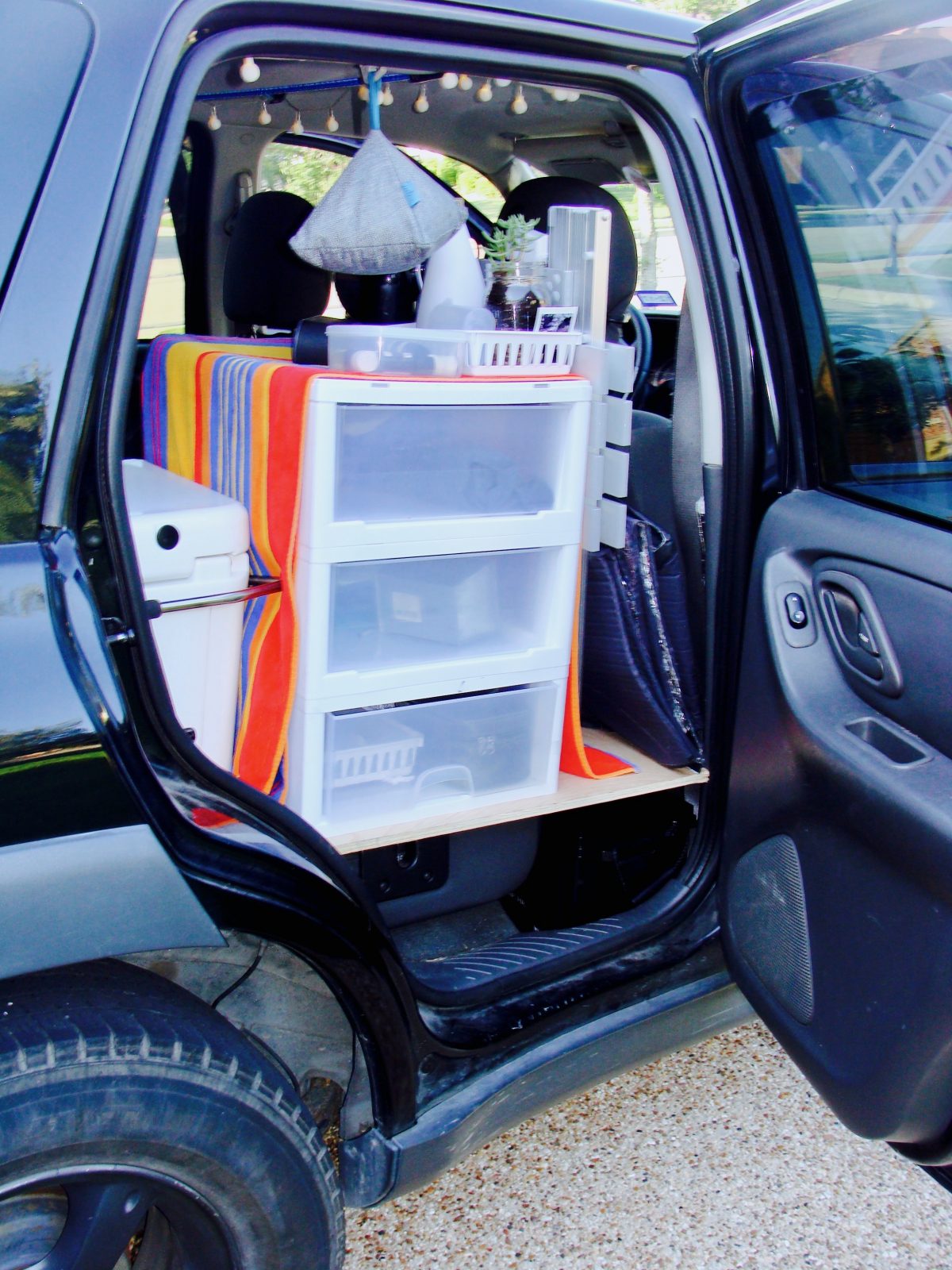 An ingenious way to store all the essentials

Hidden below is where the 200aH Sealed AGM battery is stored.  It’s connected to the alternator and charges while he drives. It gives him enough power to run a fan, oil diffuser, and charge his laptop every night.

Regan says, “I put this off for so long because I knew nothing about electricity or batteries.  Watched lots of Youtube videos and my buddy helped me build some cables and I eventually did it!” 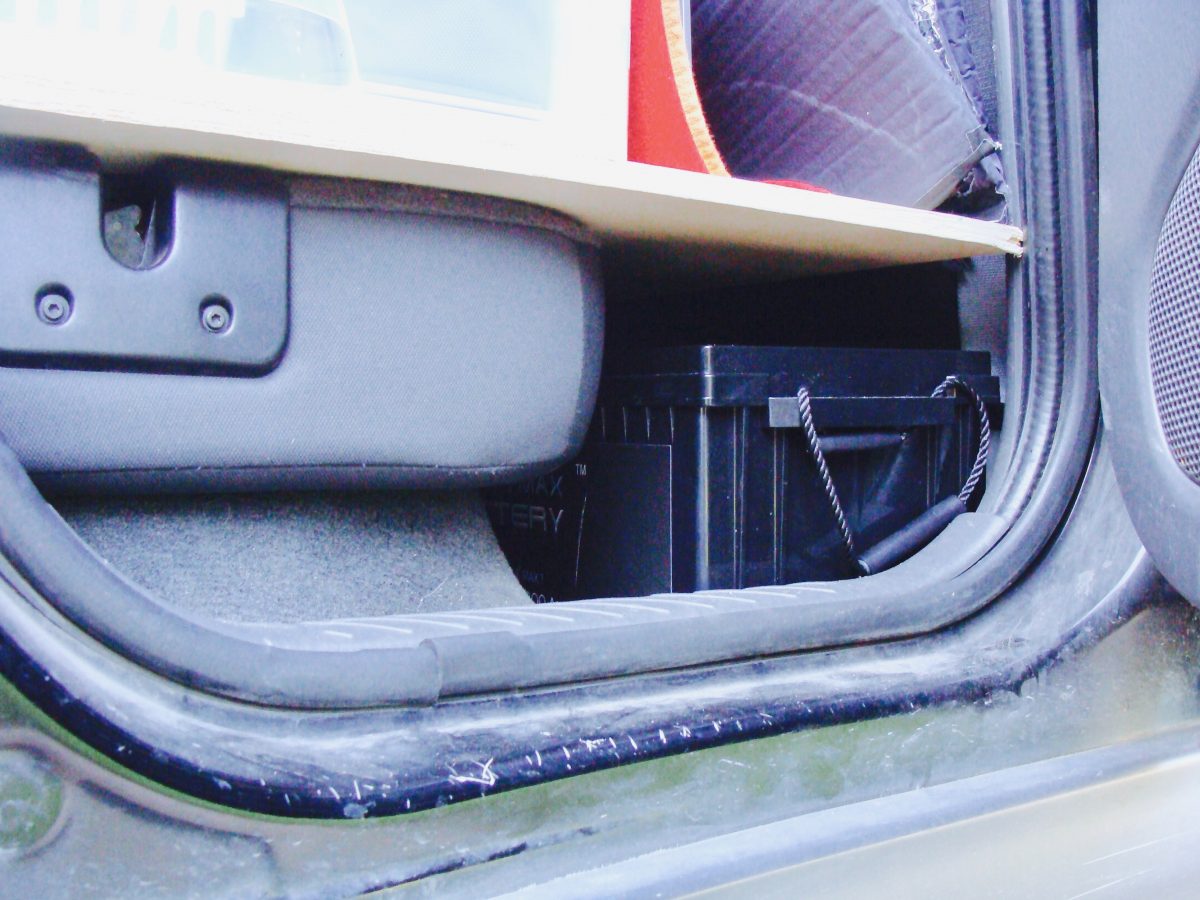 The owner, Regan Bimbi, is also an artist and added some awesome bumper stickers to his ride like this “Outer Space RV” design.  He also illustrates incredible cityscapes with vibrant colors and unique viewpoints—you can see more work on his Instagram. 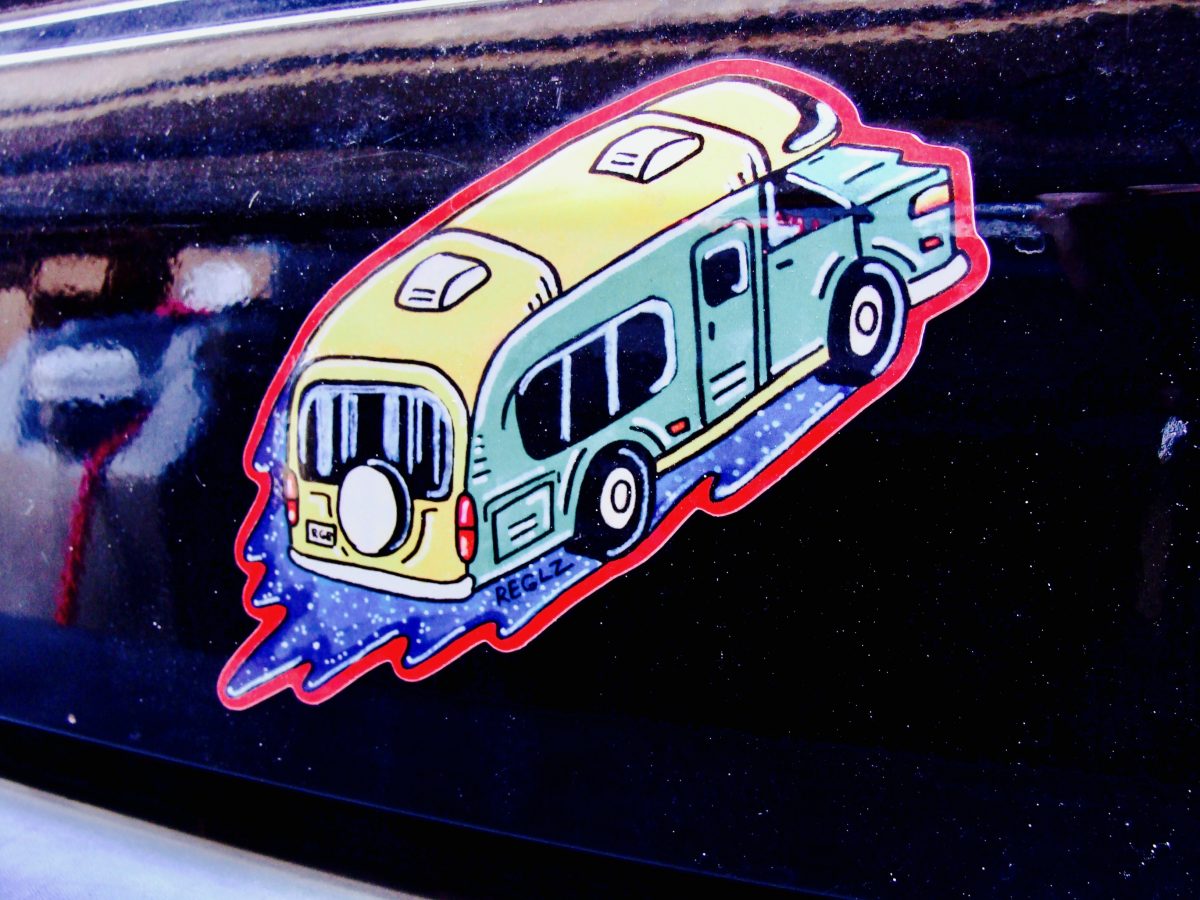 See also: The 5 Best SUVs & Crossovers That Can Be Converted Into Campers