Winter is a wonderful time to plan a trip to a national park. These are some of our favorites across the country to visit this season.

Winter can be the best time to visit some of America’s national parks since it typically means no crowds, fewer bugs, expansive views, and seeing the parks in a whole new light.

Here are 10 of the best national parks to visit during the winter season. 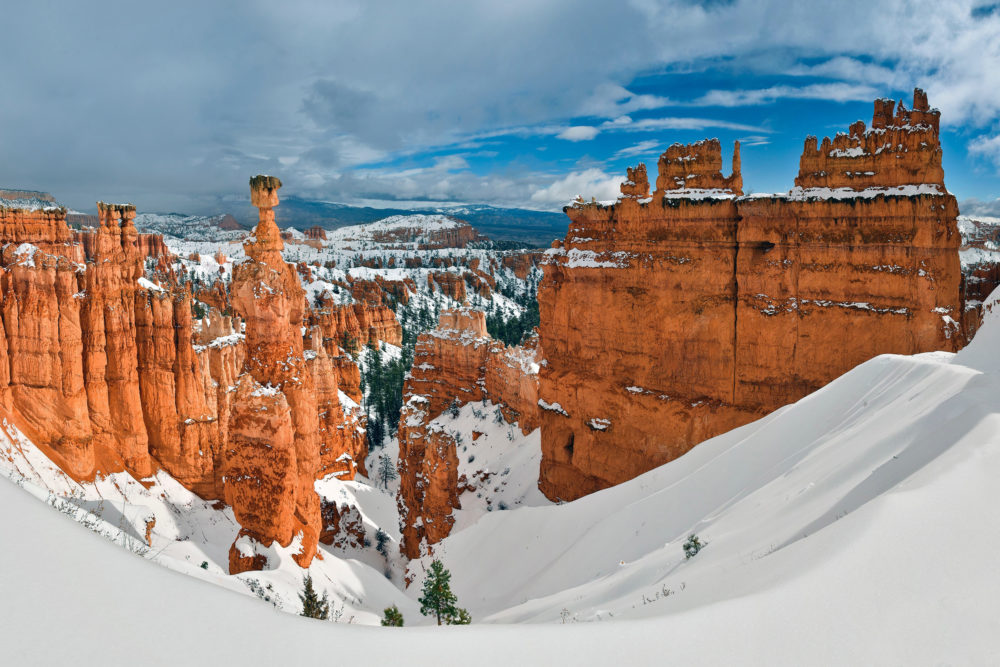 Snow covered hoodoos is definitely a sight to see, making Bryce Canyon National Park a unique winter destination. Keep in mind that the rim at Bryce Canyon varies between 8,000 – 9,000 feet, so bundle up. 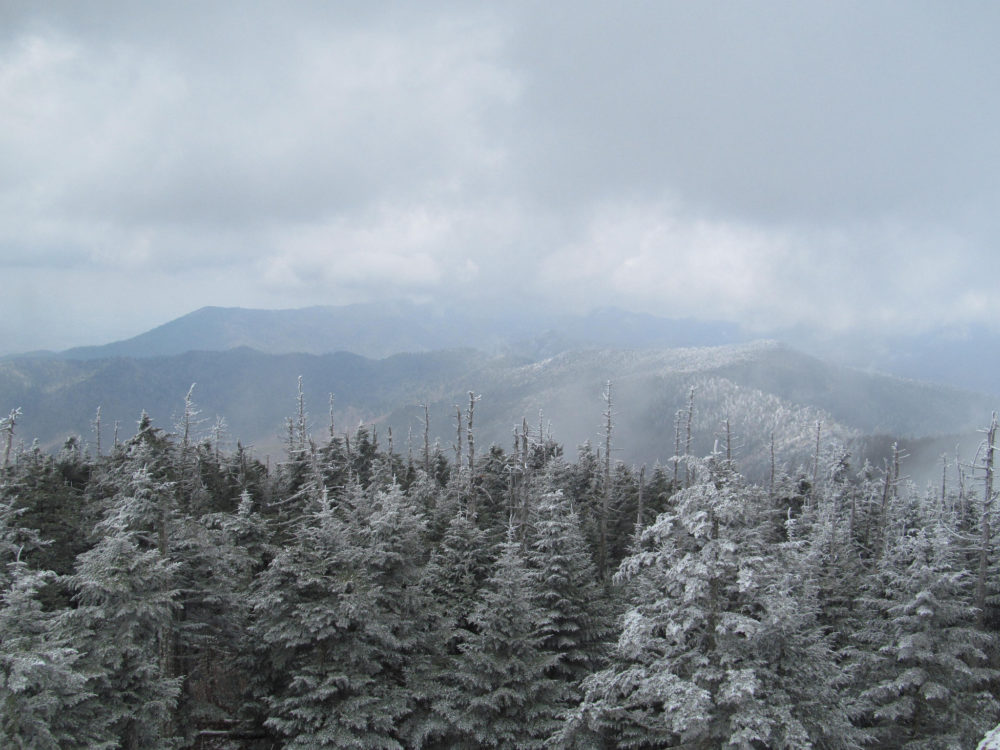 Winter in the Great Smoky Mountains. Photo by Doug Kerr/Flickr 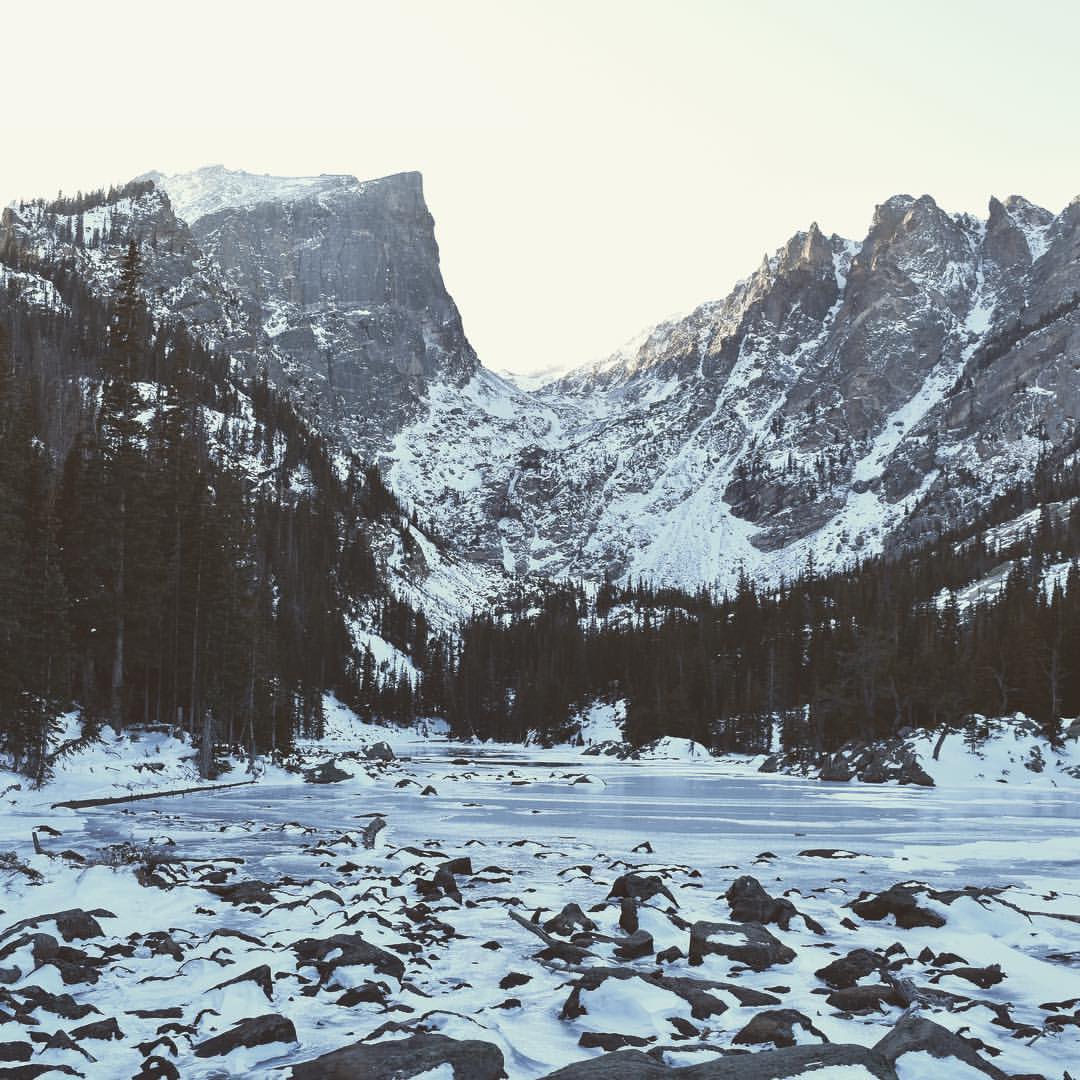 Winter in the Rocky Mountains. Photo by Scott McLeod/Flickr 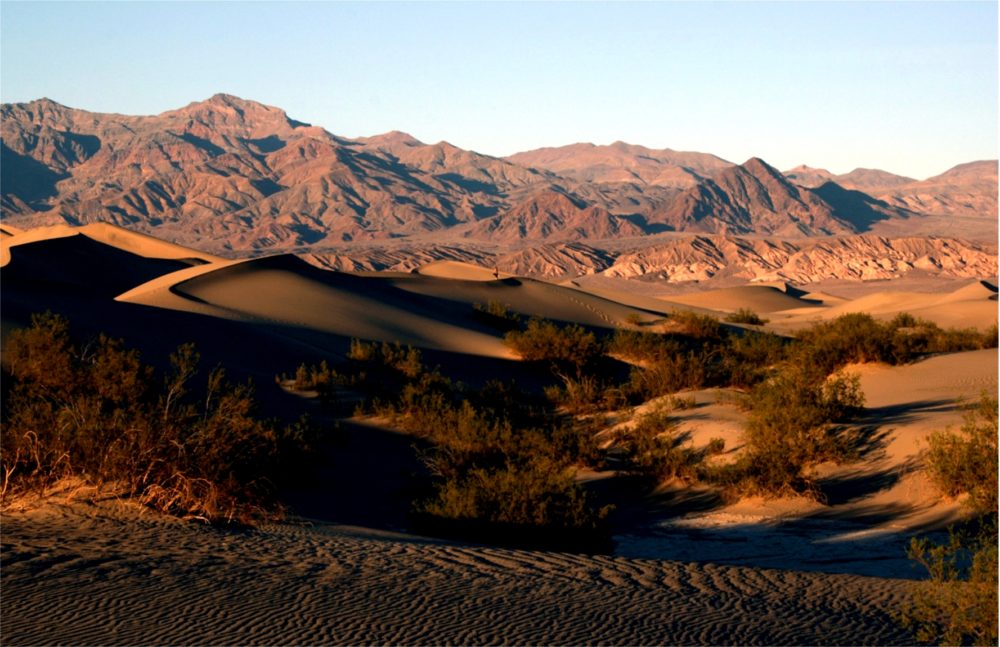 Record 100+ degree summer heat makes winter the best time to visit Death Valley National Park. Despite the park being the land of extremes, there is much diversity that lives within it from towering peaks, fields of wildflowers, dark night skies, and endless playas. 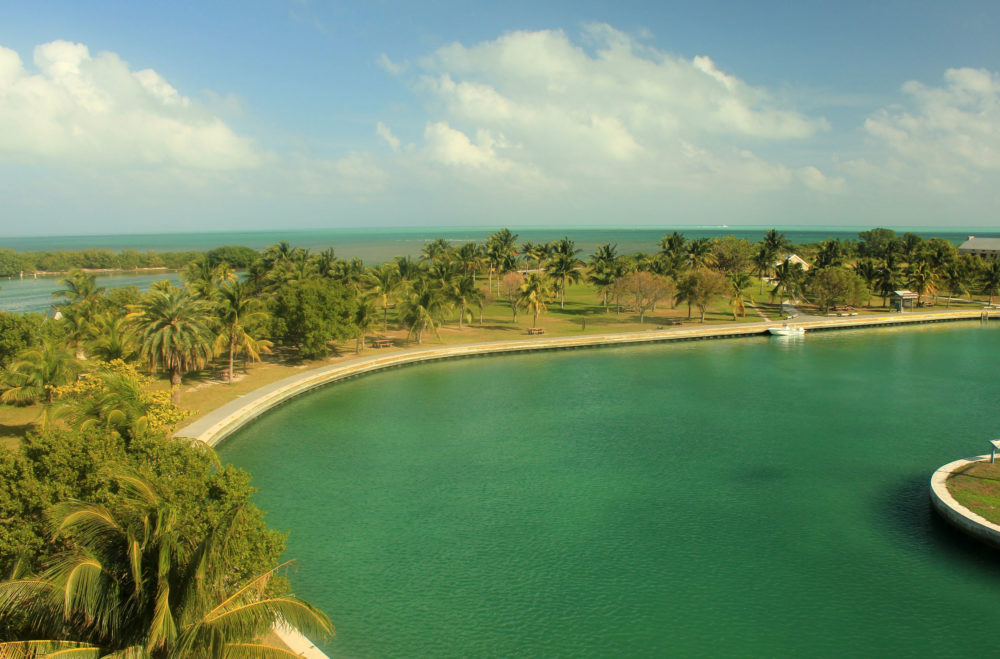 If you want to escape winter, Biscayne National Park is the park to visit. Surround yourself with aquamarine ocean water, palm tree covered islands and white sandy beaches. 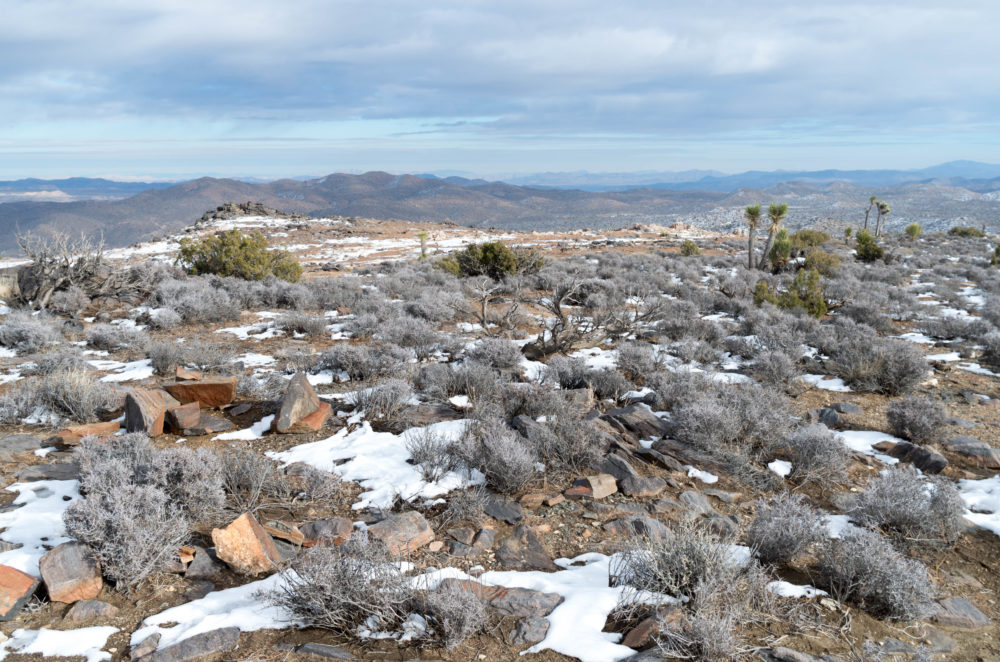 Consider yourself lucky if you’re able to see this national park and its namesake Joshua trees covered in snow during a winter visit. The winter months at the park can be chilly, but snow is rare. Instead, you’ll escape the crowdedness that the summer months bring and perhaps find solitude. 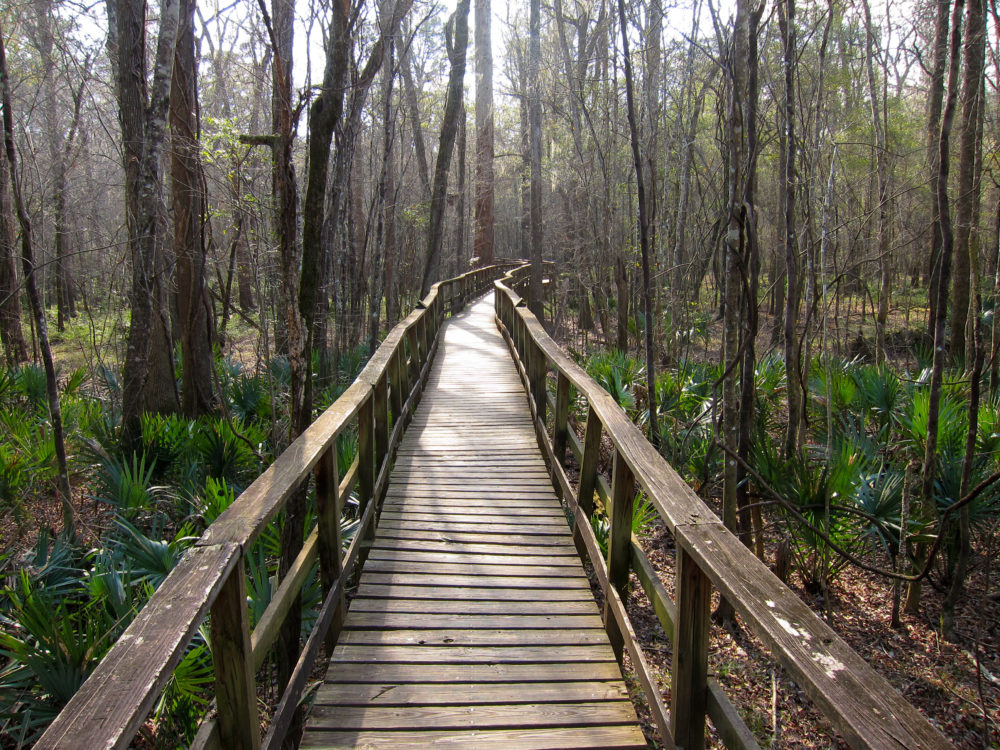 Explore the largest intact expanse of old growth bottomland hardwood forest remaining in the southeastern U.S. at Congaree National Park. Winter in the southeast means no humidity and no bugs, making it an ideal season to paddle, hike, or fish at the park. 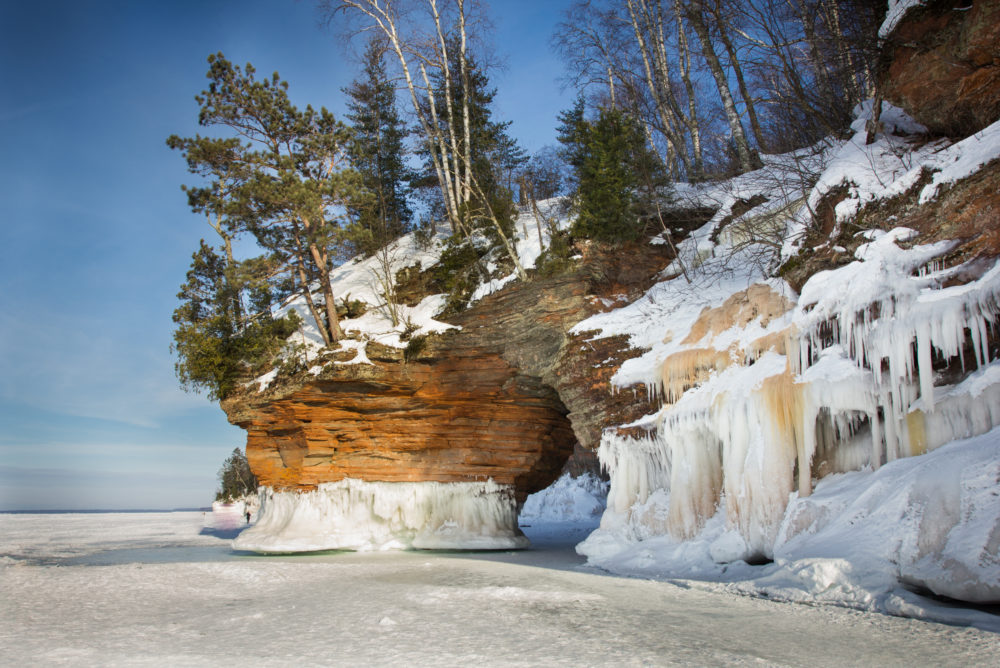 A visit to Apostle Island National Park is a must if you’re up for a winter adventure. The rightly renowned ice caves are located on the shore of Lake Superior. To reach them means a 2-mile roundtrip hike across the frozen lake. 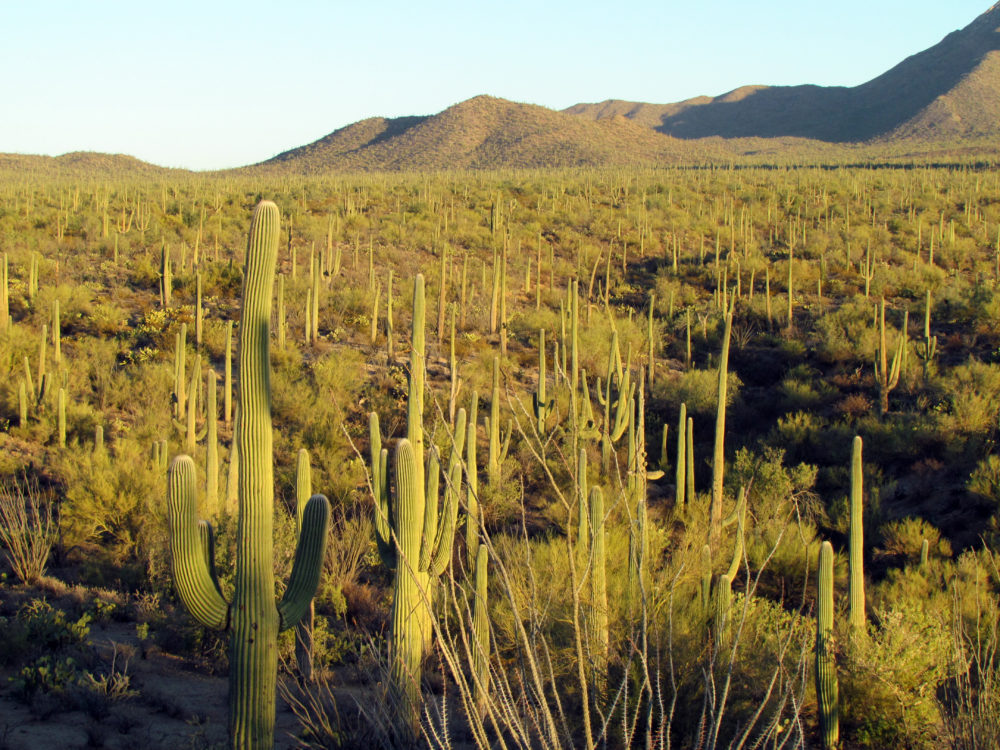 Nothing screams winter to an RVer more than a desert landscape filled with cacti and beautiful sunsets. Saguaro National Park is named after the nation’s largest cacti, which can only be found in a small portion of the U.S. Add the park to your route on this road trip across the southern U.S. 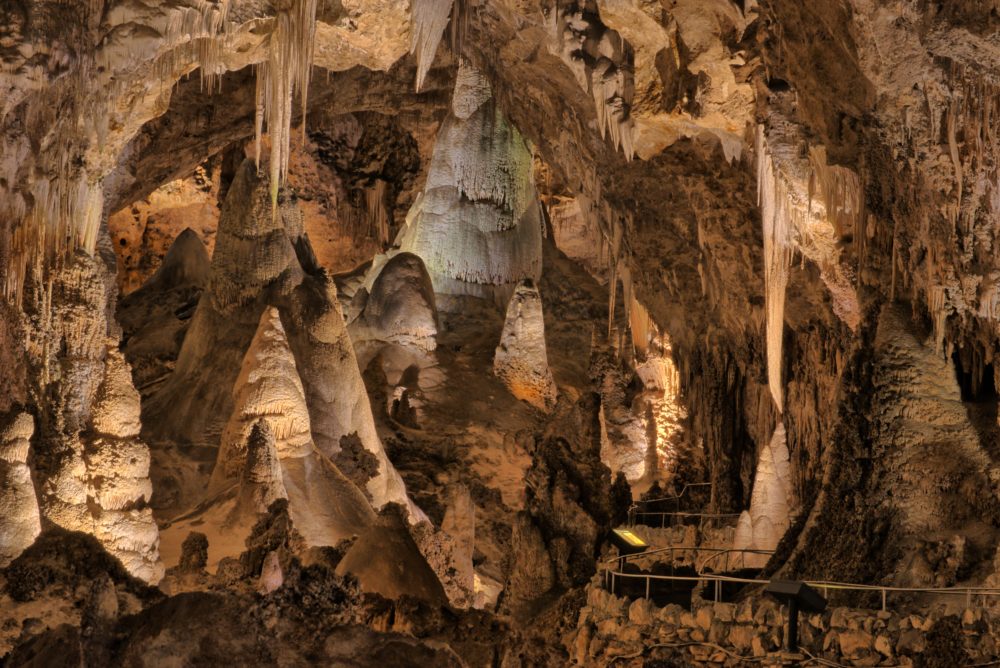 Take a trip down under where there are more than 119 known caves below the surface at Carlsbad Caverns National Park. The show cave at the park is Carlsbad Cavern that includes a large limestone cave chamber for visitors to tour. The cave climate averages about 56 degrees Fahrenheit year-round.

Have you been to any of these national parks before? Where are some of your favorite places to visit during the winter?