Skip to content
Table of Contents show
Dr. Holman, the Torpedo’s first owner and original builder.
Here’s how the trailer looks today…not too shabby!
As you might expect for a 1930s trailer, it’s all solid wood inside.
Check out the antique faucet!
It’s said that the trailer has traveled over 400,000 miles, and has visited all 48 lower states, Canada, and Mexico.
SEE ALSO: How To Tour Airstream’s Assembly Plant And Watch Airstreams Being Made
Share this post:

Update from the seller: Trailer has since sold and is now currently on display at Jack Sisemore Traveland Museum in Amarillo, Texas

An Airstream that’s over 80 years old will likely find a new owner. According to Vintage Trailer Campers, the 1935 Airstream Torpedo was recognized by the Airstream Corporation as, “… the oldest existing Airstream in the world” all the way back in 1984.

Another unbelievable fact: the trailer has been owned by the same family its entire life, and stored inside when not in use.

Though the camper hasn’t been lived in for over five years, the current owners will provide all sorts of historical artifacts, awards, and other memorabilia to the lucky buyer.

The trailer even has its own info page at Tin Can Tourists!

According to Tin Can Tourists, Dr. Holman had just graduated medical school when he saw Airstream founder Wally Byam’s ad in a Popular Mechanics magazine.

He sent away for the $5 plans. It took his wife and him just three weeks to build the shell, but another two-and-a-half years to finish the job.

Here’s how the trailer looks today…not too shabby! 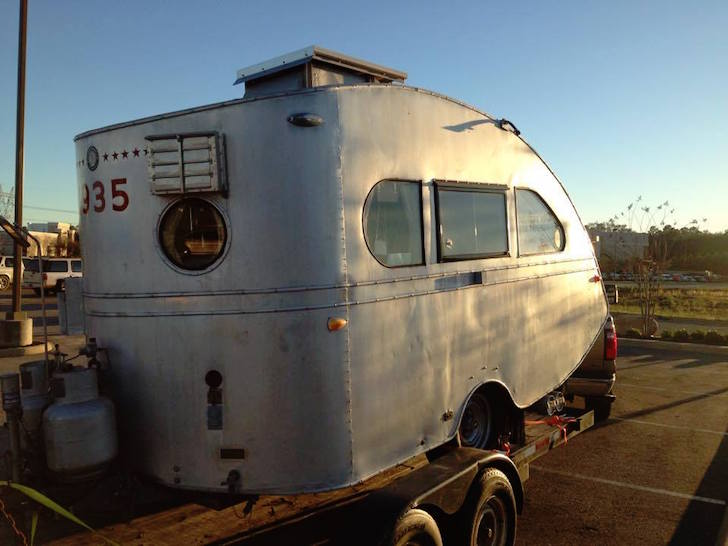 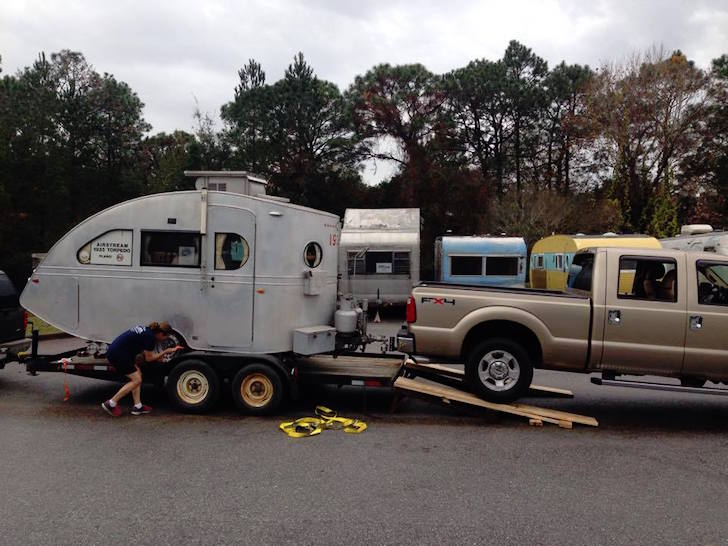 As you might expect for a 1930s trailer, it’s all solid wood inside. 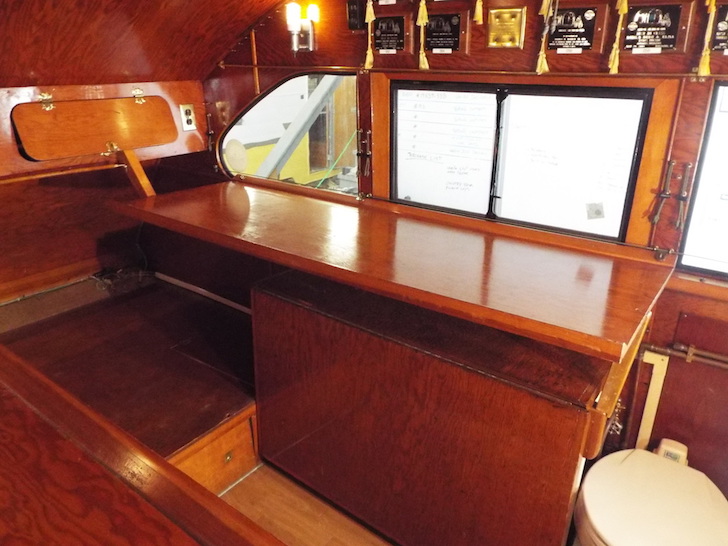 At 17 feet long and with a 14 foot body, the trailer sleeps up to four adults.

There’s a double bed in the rear and a couple of single bunks that can be mounted on each side.

Check out the antique faucet! 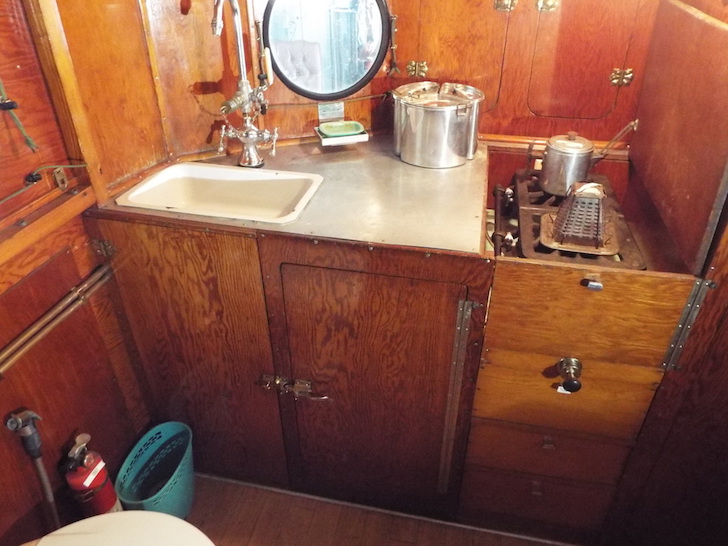 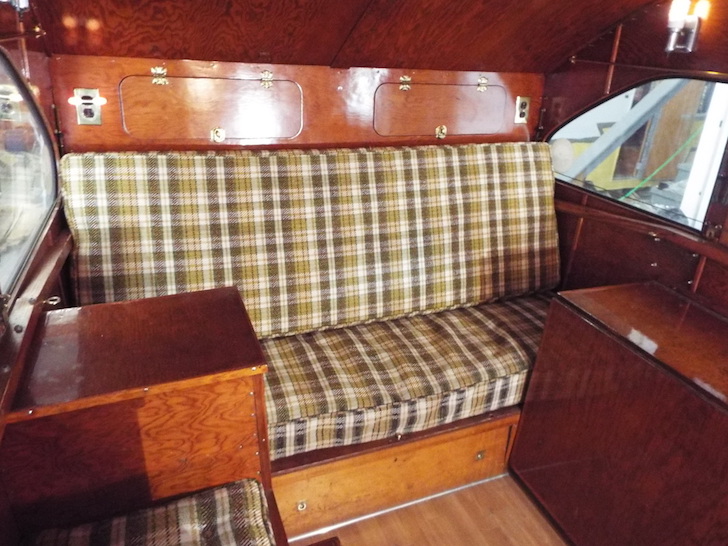 It’s said that the trailer has traveled over 400,000 miles, and has visited all 48 lower states, Canada, and Mexico. 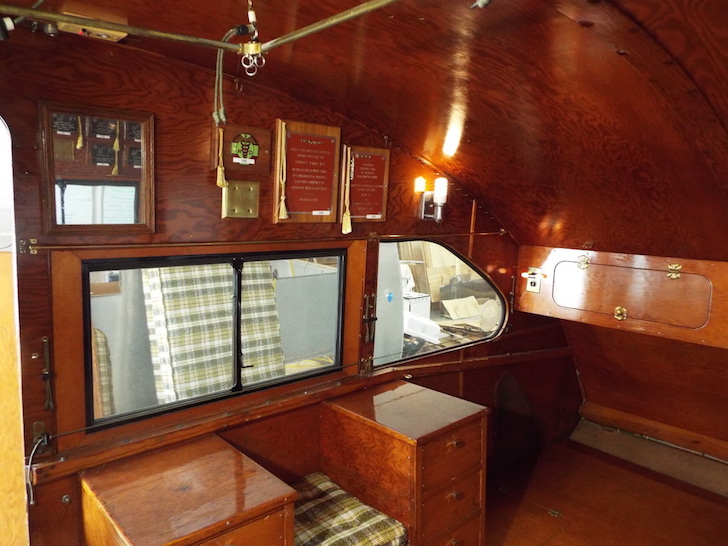 Besides crafting his own Airstream, Dr. Holman purchased 30′ and 27′ Airstream factory models in the late ’50s and early ’60s. 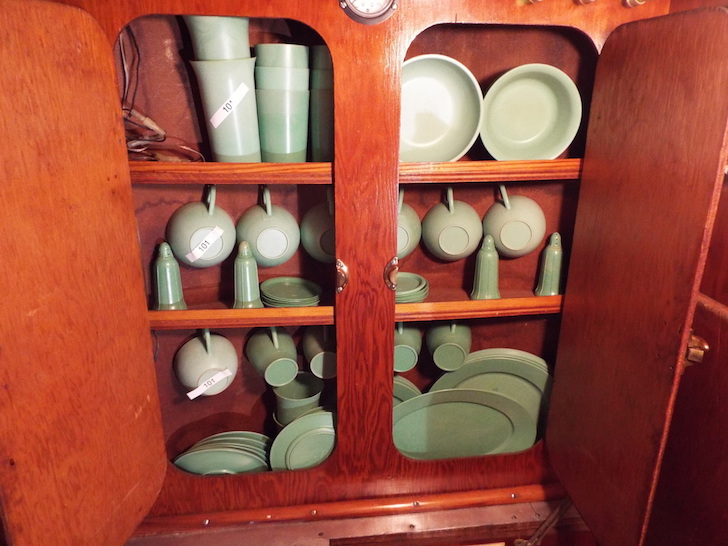 Read details about the history of this handcrafted 1935 Airstream Torpedo at Tin Can Tourists.

SEE ALSO: How To Tour Airstream’s Assembly Plant And Watch Airstreams Being Made