I'm pretty sure that I've never seen a motorhome decorated like this one. He's a proud American, puppet-lover, and newly married (I think) to boot!

When you hear Berkeley, California you probably think of hippies and artsy folks. The owner of this RV might be both.

There’s a lot of interesting things going on here.

The author of Realm of the Wombat spotted this strangely decorated Toyota Class C near Berkeley, California during a triathlon race and snapped a couple of quick pictures.

The photographer said that the owner was controlling a puppet while driving the RV on the race course.

Is that a monkey hanging from the driver’s side door? 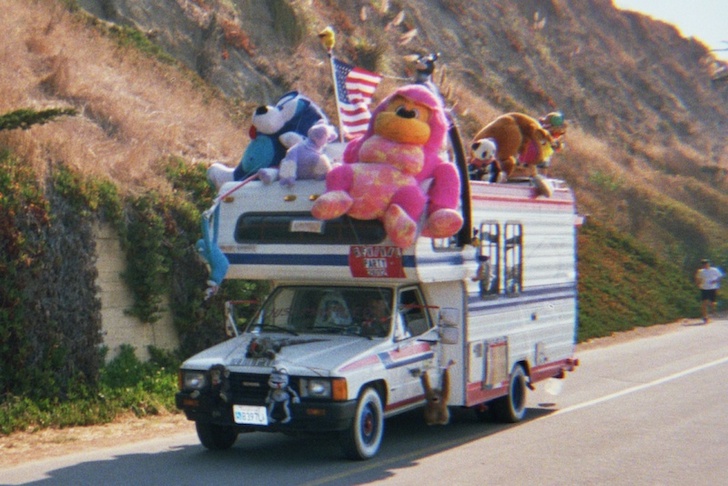 The sign on the back reads ‘Just Married’. I wonder how they met… 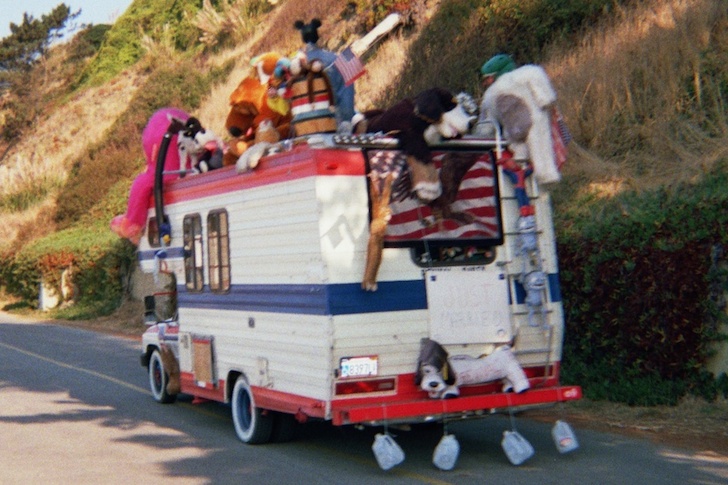 Check out these other one-of-a-kind custom motorhomes:

What is a Housetruck RV? A DIY Global Phenomenon
Strange Old Motorhome From A Time When Custom Was The Only Option
Eye Catching Custom Built Vintage Caboose RV With a Fold Down Deck

Source: Realm of the Wombat