YouTube user Dan Travels lives in this camper van that he built for himself. Some may think it’s too plain looking – but that’s for a reason.

Dan likes to stealth camp and doesn’t want others to notice his presence.

He spent a lot of time making the van conversion look as if it had been done by a professional. As a result, he says he doesn’t have much trouble when cops ask him why he’s living inside. In fact, most offer their support for his lifestyle. 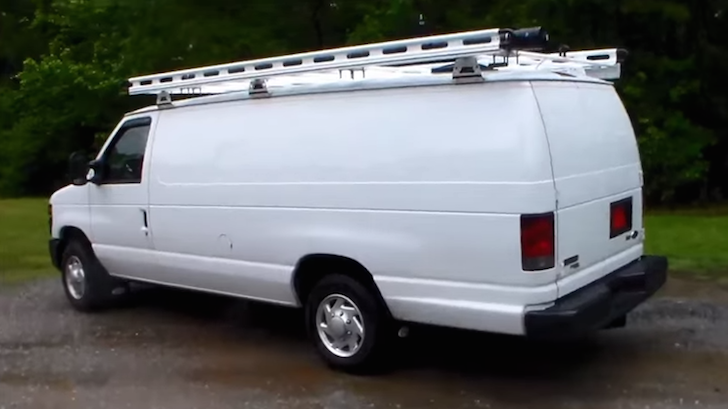 Looking inside from the rear. The sleeping area is on top, with a storage cave on the bottom. 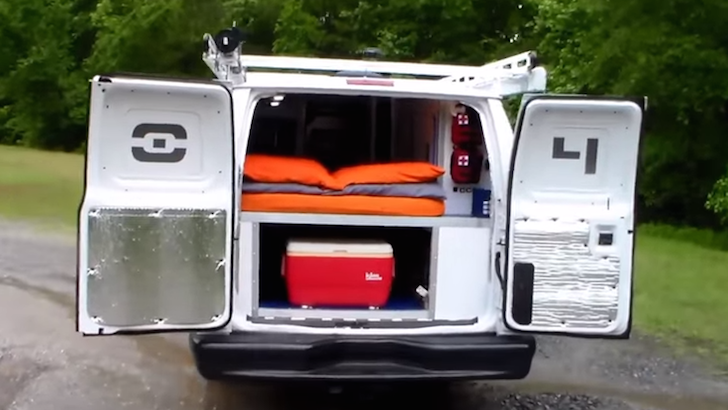 That’s a CB radio on the far wall, more storage compartments to the right, and his laptop on a swivel desk in the distance. 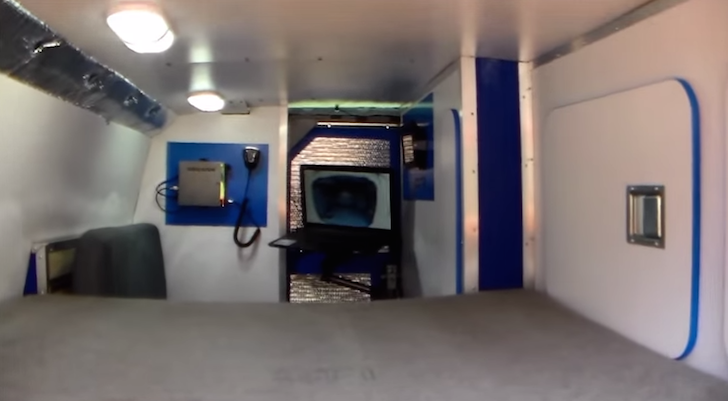 Inside he can flip a switch and turn on the closed circuit television system (CCTV). 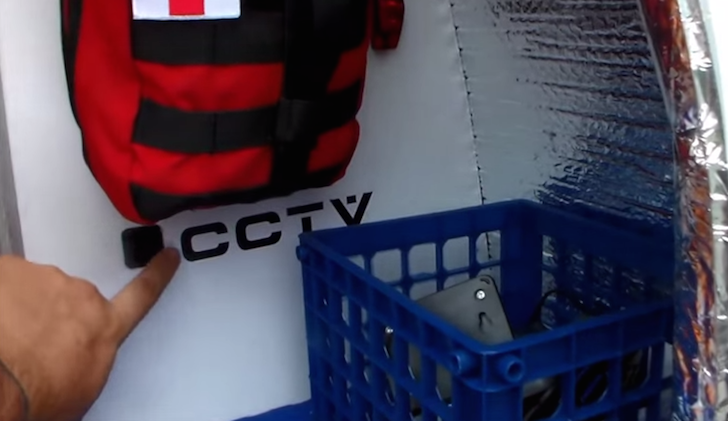 The backup camera and several other video feeds are displayed on this monitor. 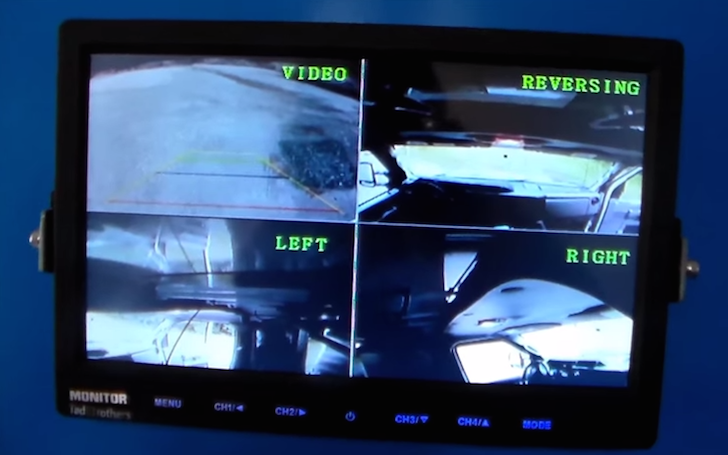 He doesn’t use solar, but has an inverter for standard 115 V power. 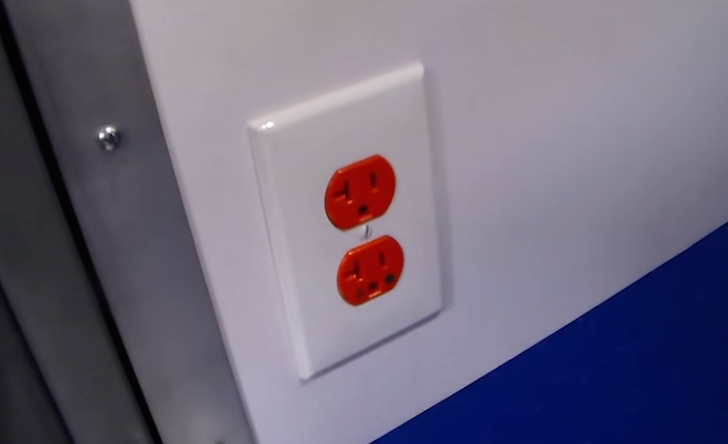 Looking back toward the sleeping area. 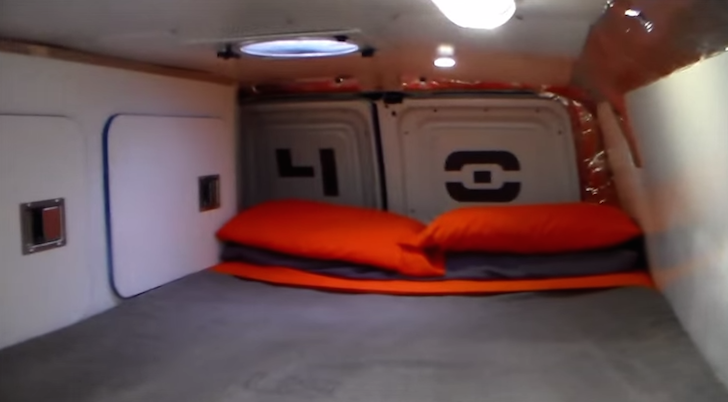 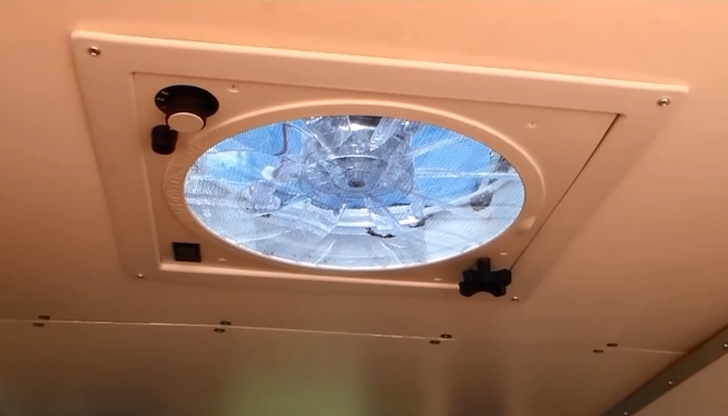 The Fan-Tastic RV roof vent contains a two-way fan that can blow air in or out.

He uses Skeeter Beater bug screens to keep the bugs out while the fan draws fresh air in. 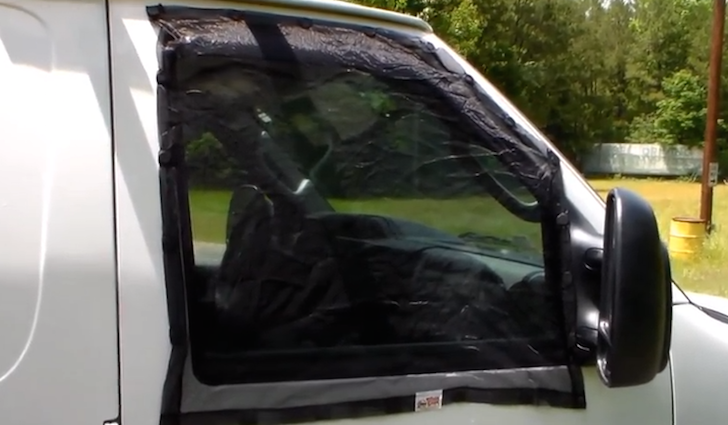 With the fan set to exhaust mode, the air enters through the bug net that’s magnetically attached to the van’s door. 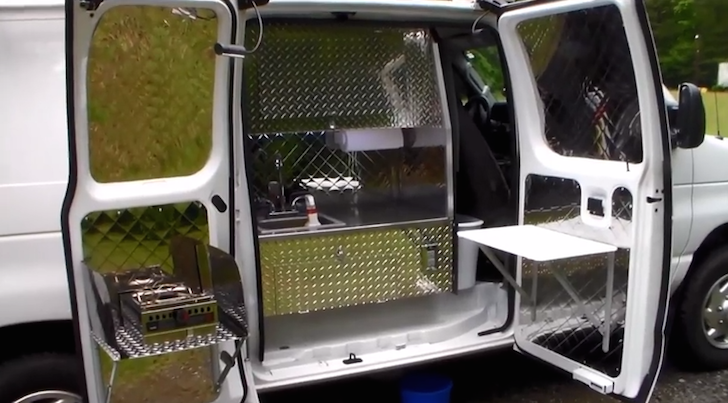 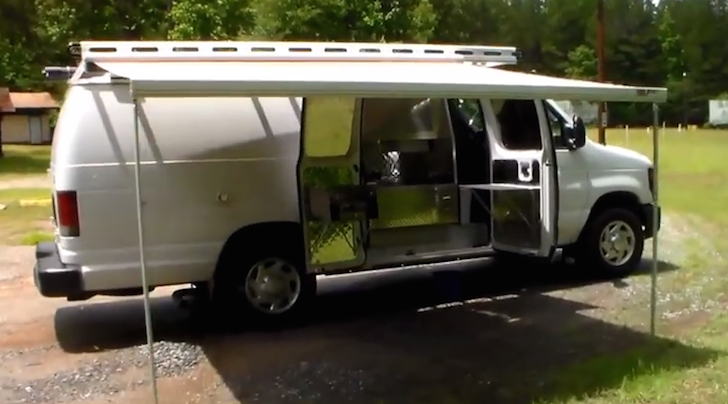 Dan’s made a couple of videos to show you the inside and outside of his stealth van camper.

One of the reasons that Dan has so little trouble with the police could be that he keeps his van clean and professional looking. Hear some of his tips for dealing with the police so you’ll receive the same positive treatment he seems to get. You can see more of Dan’s videos, and a step-by-step series on how he built his van camper on his YouTube page.