Portland, Oregon gets even more hip with this tricked out 1973 VW Westfalia roaming the streets.

Portland Gear’s 1973 Westfalia scoots around town as a mobile shop. 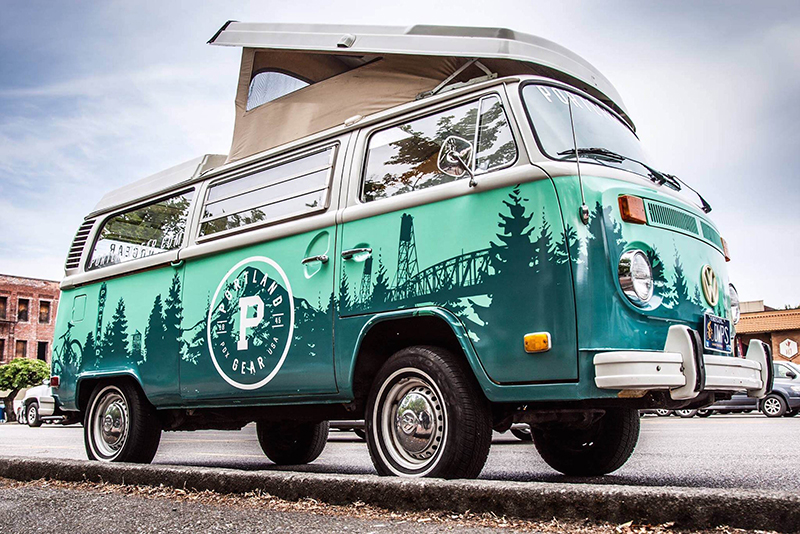 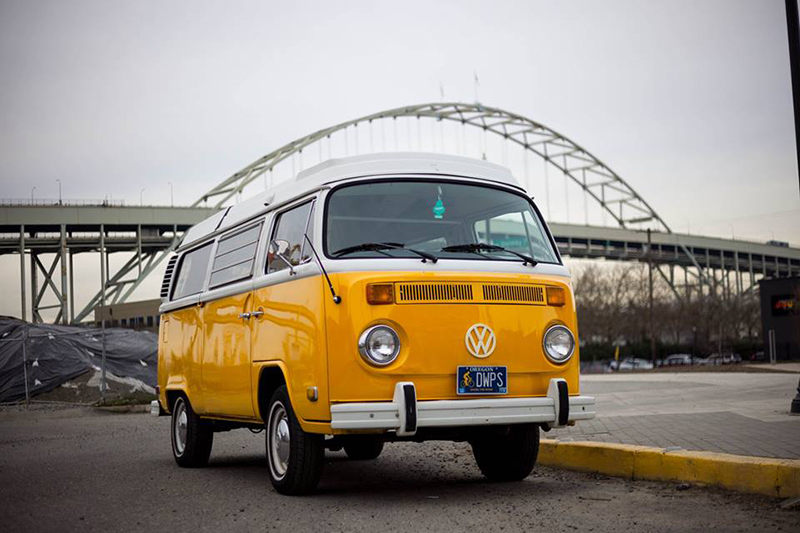 The Westy belongs to the Portland Gear company and is used to sell items like t-shirts and hoodies, hats and accessories touting this awesome Pacific Northwest city.

The Portland Gear bus sells clothing, hats and other accessories. 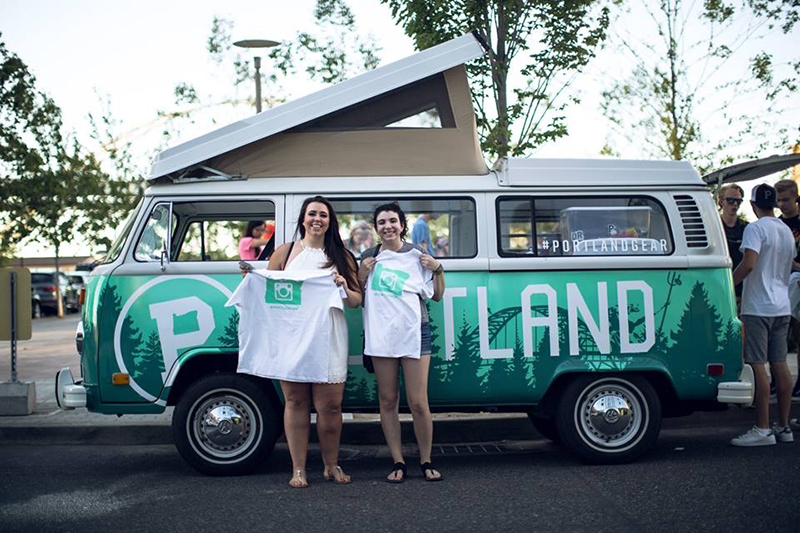 A VW van is the ultimate pop-up urban shop! 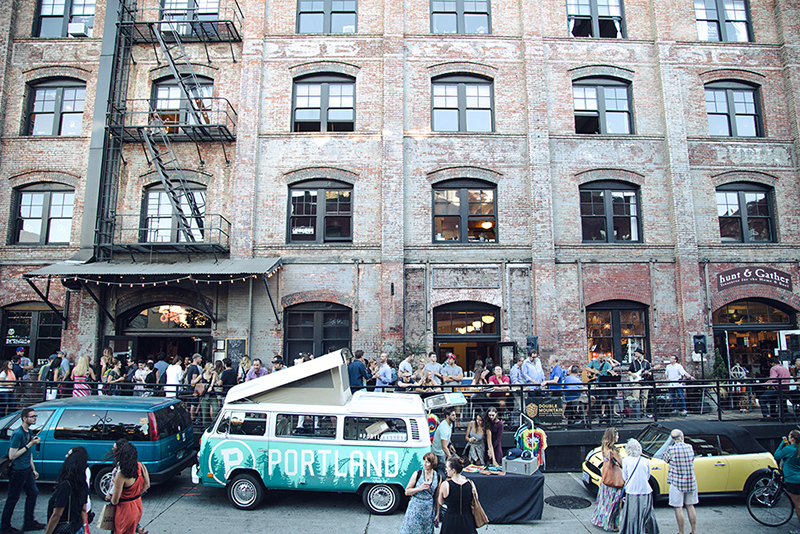 The original orange bus had a wrap with the Portland Gear logo designed by PDX Wraps. With an interior crafted and finished by Dub Box, the van now features a photo booth, wrap around couch, speakers, cooler and storage for gear.

The outside was wrapped by PDX Wraps in Portland. 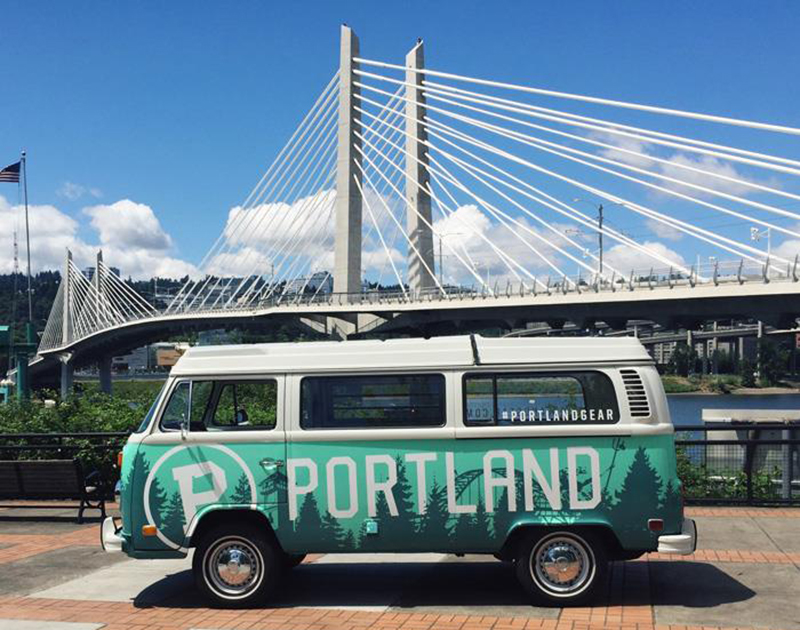 I knew this bus would get me out and about all summer, and I could better serve the people of Portland and give them a unique experience every time they saw the bus.

The interior has a pop-up, couch and plenty of storage. 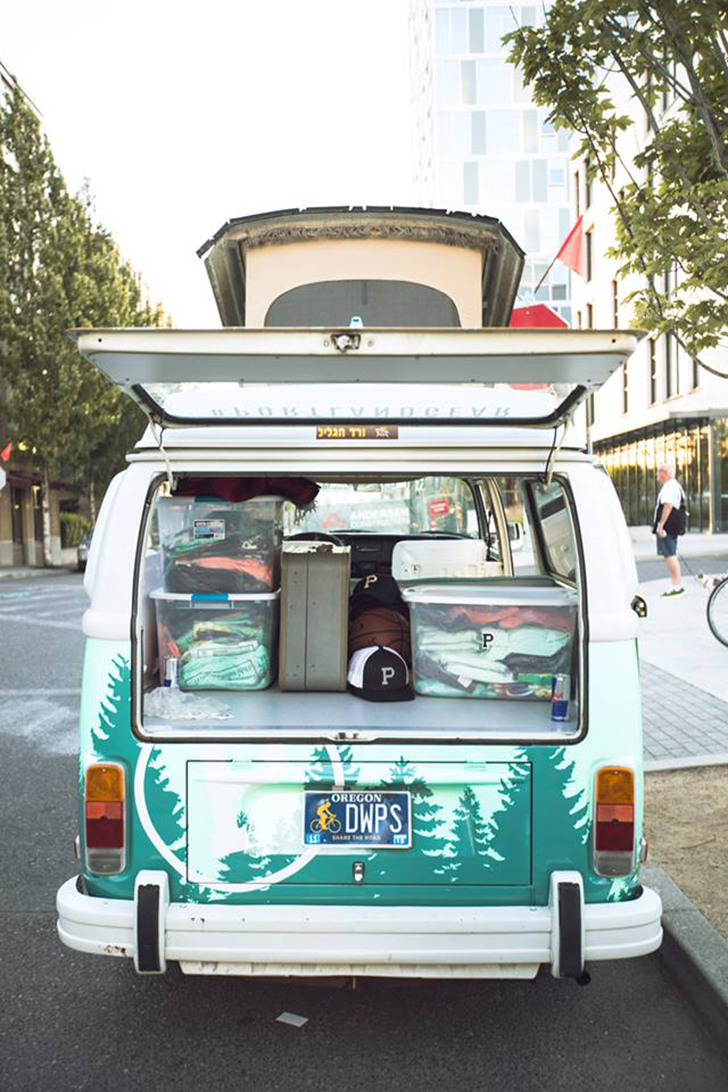 Portland Gear also has a brick and mortar store in the southwest part of the city. The store was probably built out quicker than the VW was – Portland Gear finished their store renovation in under a week.

The Westy even has its own t-shirt. 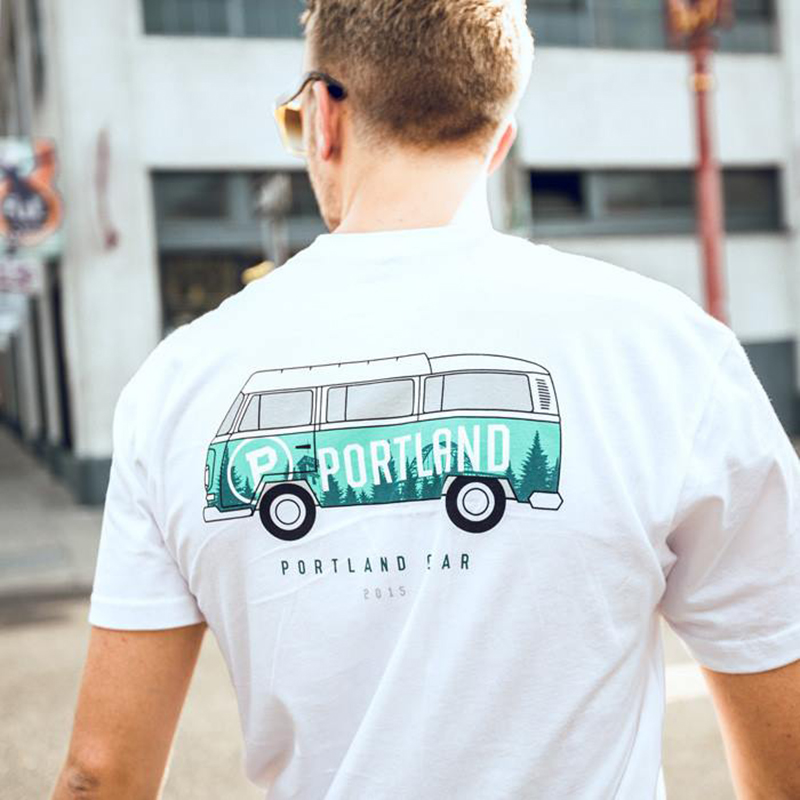