Restoring an old van is no easy project.  For professional mountain biker Rob Heran, it took over two years to complete his Volkswagen T3 Syncro.

When he first bought the old military van in 2007, it had plastic seats with little rust and low mileage.

Rob detailed the entire process on his blog “The Syncronicles“:

“First I stripped the interior down to the metal and cleaned everything. I applied sound deadening matts everywhere and insulated the full body.

The rear got a foldable bed and some storage underneath for the second battery, electronics, sound, and the Webasto diesel heater. I made new wooden sides and roof panels and covered them with real alcantara fabric. On Ebay I found some used pilot seats and a good Alpine radio. Later I invested in some larger off road wheels.”

And that was all it needed.  The mountain biker lived in the van for the following six years.  It wasn’t until fall 2013 when rust and bubbles began appearing all over the body and the old engine was beginning to have issues.  Wanting to get the van back on track, the professional biker took it into one of Germany’s best car body paint shops, where the rust was removed, and it got some new metal body parts and welding. 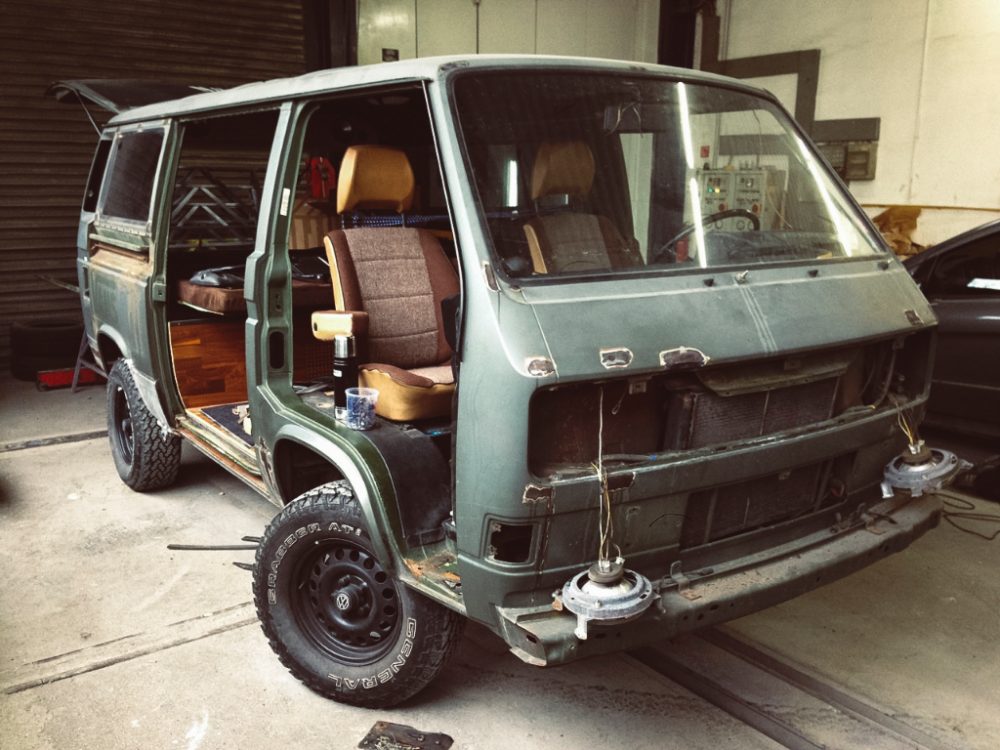 By the time the van rolled out of the shop it was looking spectacular.  The Syncro had a fresh new paint job, a metallic dark grey topped with a matte clear coat, and its engine was replaced by a custom built 120hp Tdi.

The interior was rebuilt with all new door, roof, and side panels, as well as new LED lights and Recaro seating.  He added two new batteries, new chargers, and a mobile 100-watt solar panel to supply enough power to go off the grid.  To fit his growing family he also installed a Heimplanet tent on his roofrack that easily sets up within minutes. 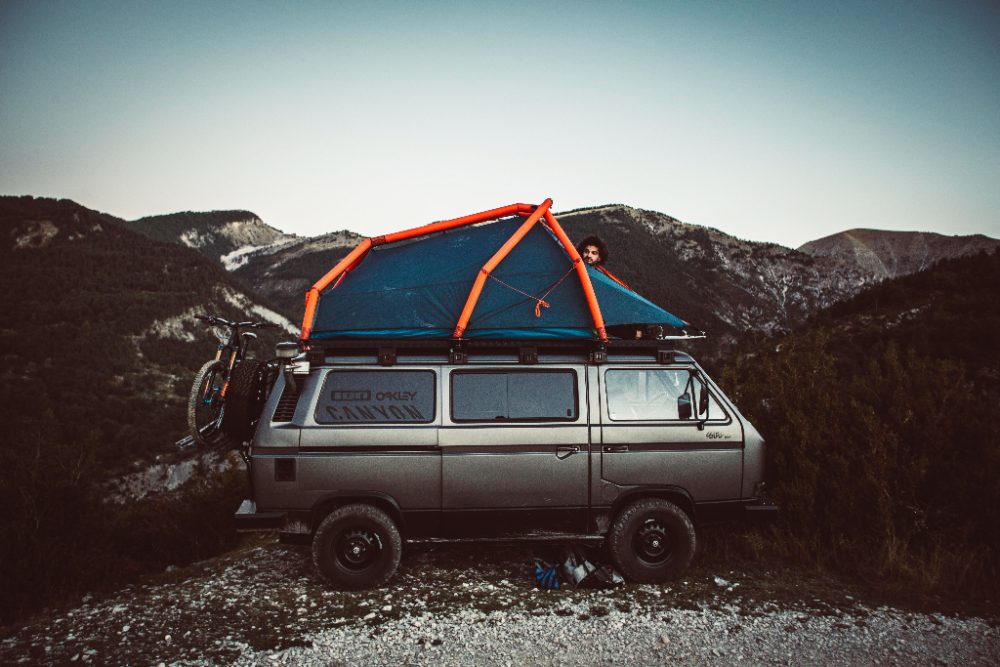 After restoring the interior, there was still work that needed to be done on the underbody.  With help from a specialist, they took everything apart and replaced old shocks, bushings, joints, and bolts.  He took out the old drum brakes and added new discs.  Lastly, the underbody was coated with a 2-way bitumen metallic wax to protect the metal from harsh winters and off-road use.

The mountain biker can now travel and see some of the world’s most amazing places with his family.  On his blog he describes:

“The van extends my possibilities to travel with my family and combine our journeys with my job I call mountainbiking. It takes me to places far away off the beaten track. It takes me further and deeper into the zones where I can find new riding terrain. And I know the key to freedom is in my pocket and the vehicle to feel the freedom is parked in front of my door when I’m at home in Munich.” 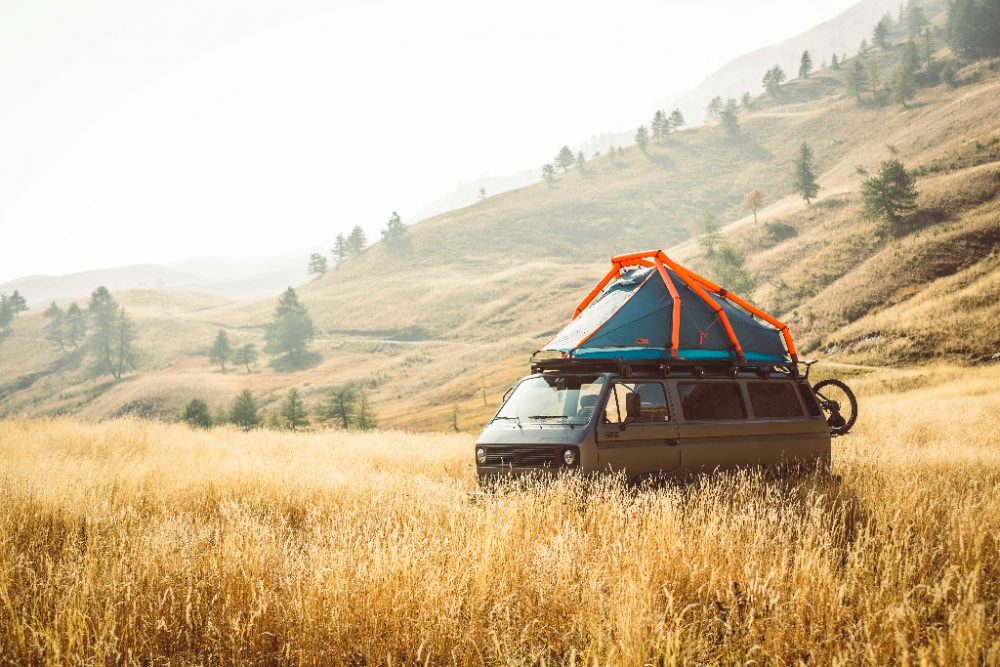 Rob showed off his restored Syncro van in this short six-minute film from Canyon Bicycles.  It follows his roadtrip along old military roads to bike in unbelievable places across the Western Alps.

You can follow Rob’s adventures on his blog, The Syncronicles and read about the entire process in his post, “Van Life From 0 To 100“.

See also: Watch This Abandoned 1955 Volkswagen Get Rescued From The French Alps