Most of us have spent a night or two in the classic pop up camper. Made by companies like Jayco, Forest River and Coachman, the folding pop up is a great choice for families with its two large beds, inside kitchen, dinette (that converts into another bed) and plenty of storage. 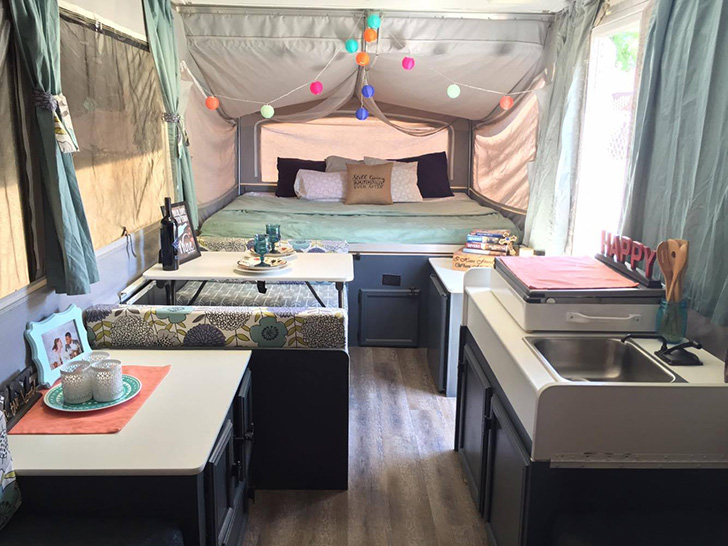 However, the pop up can be a little Plain Jane. Enter the Pop Up Princess, aka Larissa. Larissa’s blog, about her family’s Coleman Santa Fe, has raised the pop up camper to a new level with her bright and cheerful makeover and handy modifications. 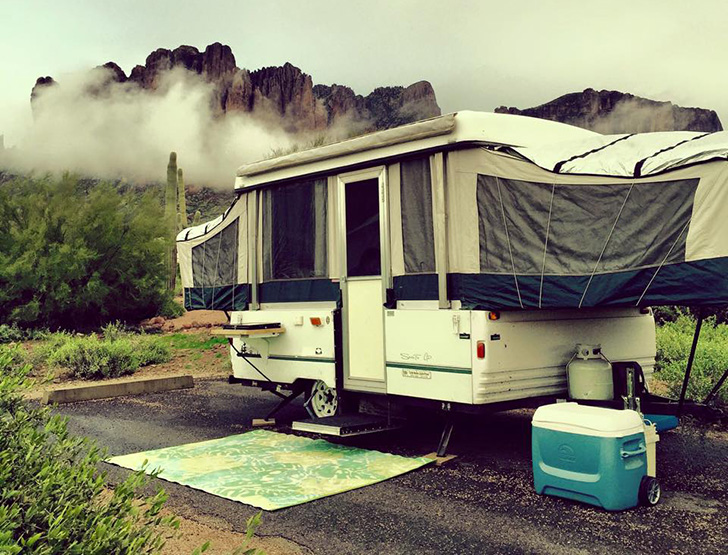 The Pop Up Princess even has her own logo and tire cover. 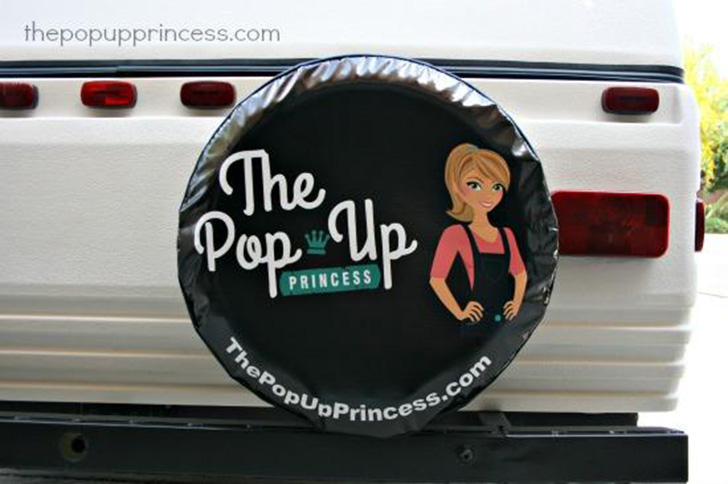 Several modifications to the Coleman include a self-installed battery monitor and doors for storage under the dinette seating. She’s created a step-by-step system for how to turn a basic pop up bed into the lap of luxury (hint: put anti-fatigue mats on the OSB bed base). Larissa’s blog also has tips and tricks on how to organize a pop up camper.

The Santa Fe’s countertops and table were restored with the Rustoleum Countertop Transformations kit.

The Santa Fe’s interior organization is profiled on the blog. 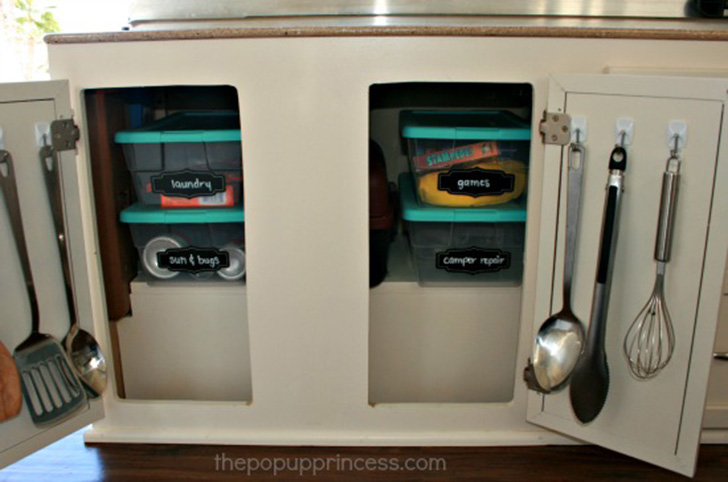 The best part of the Pop Up Princess blog are the reader features. Other pop up owners show off their own makeovers that turn the simple trailers into little camping havens complete with elegant “toilettes”, canopy beds with curtains, and refurbished kitchens.

If you have a pop up camper makeover that you think deserves to be profiled, you can be be featured on the Pop Up Princess blog. 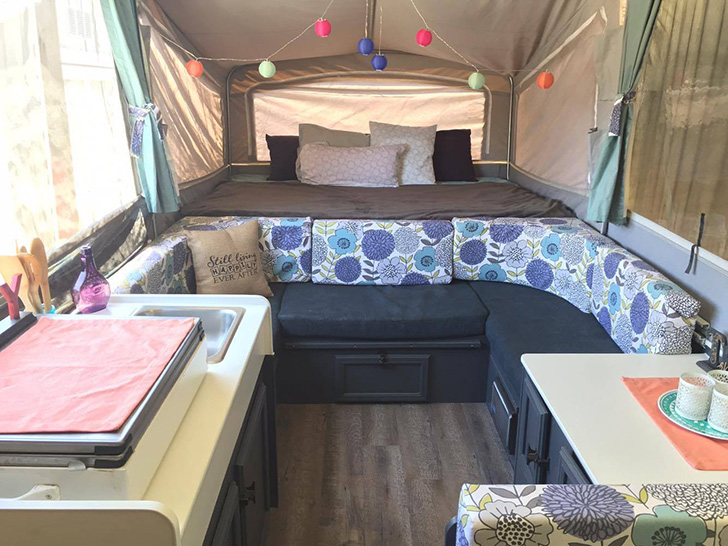 Other reader’s makeovers include colorful fabrics, private sleeping areas and even Ouija boards. 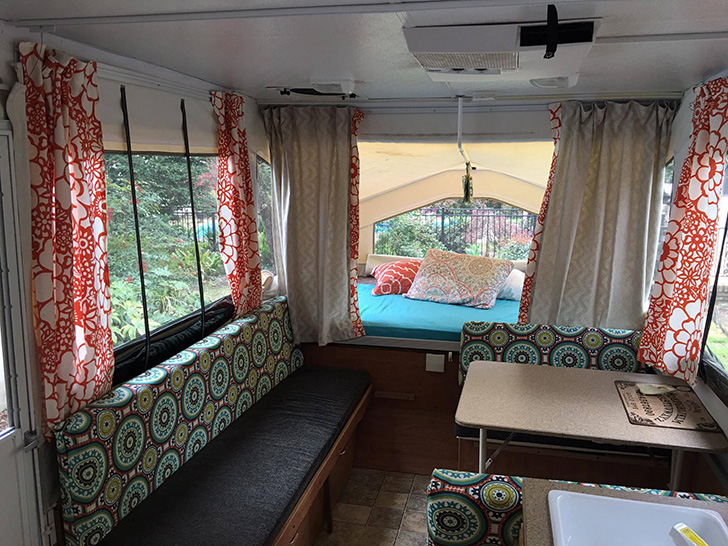 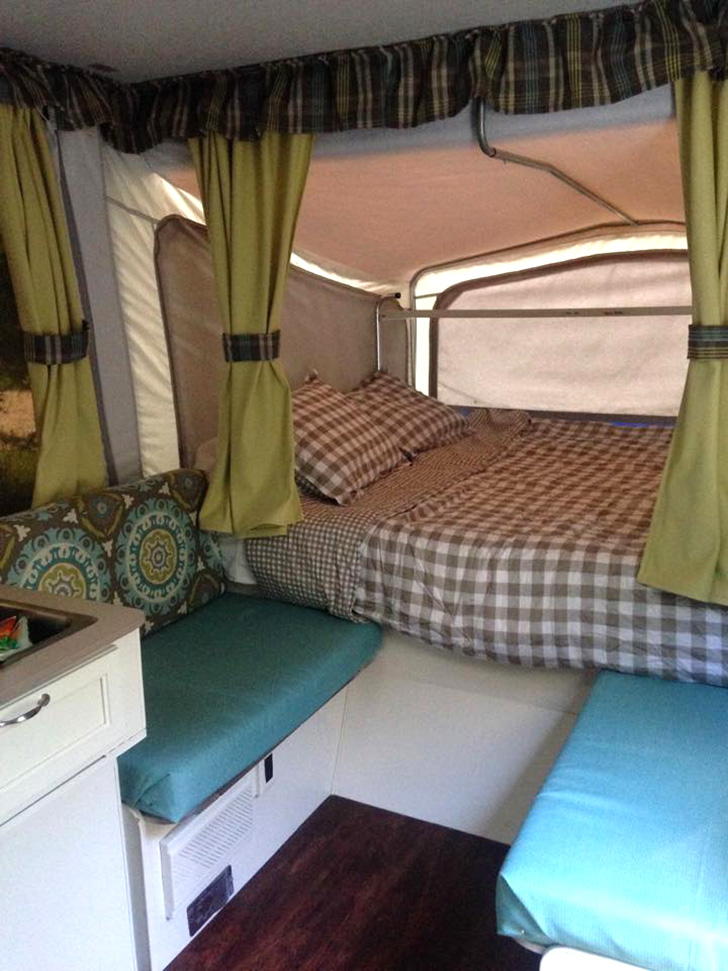 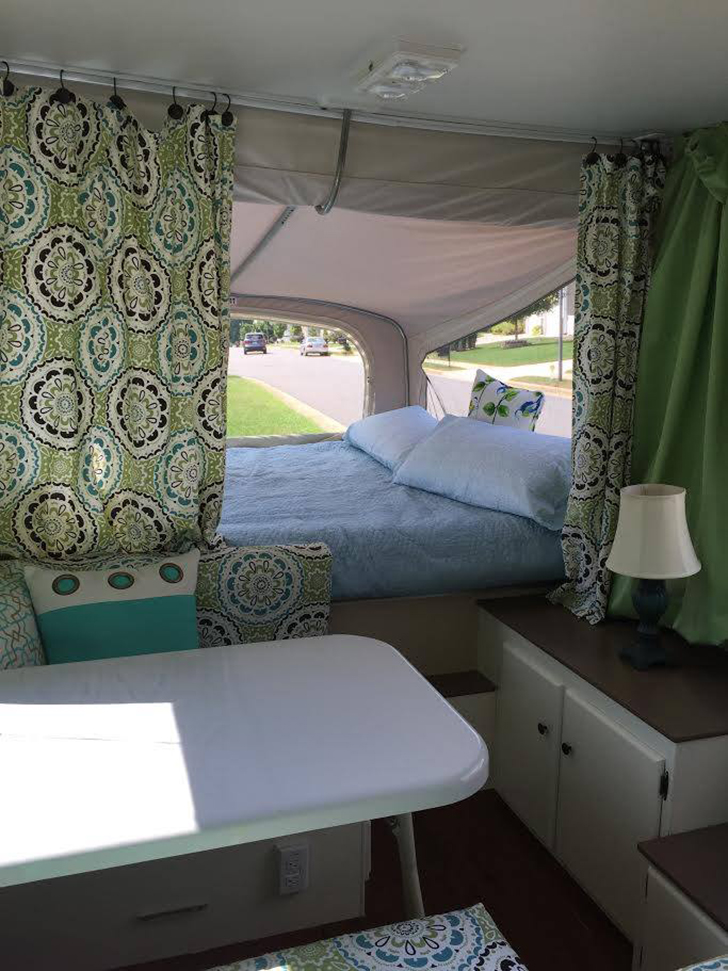 The benefits of redoing a pop up camper instead of a larger RV aren’t just related to size. Older versions of these trailers are really a blank slate – ready for a creative touch.

Pop up campers are smaller and can sometimes be stored in a garage, collapse and open easily, and are cheaper and lighter than other travel trailers.

Photos via Pop Up Princess