Skip to content
Table of Contents show
Their new Serro Scotty has the same design as the 1962 original.
The interior has a tiny kitchen with a vintage sink…
…and a double bed with plenty of storage hidden underneath.
The dining area also has storage under the seats.
Perfect fit: the trailer stores neatly inside the couple’s garage.
Aluminum siding makes this new camper look like a restored vintage Scotty.
Share this post:

Dan and Mindy Zen of Morgan Hill, California live in a community with an HOA (homeowners association) and are not allowed to have an RV or boat in their driveway. After teardrop camping for 11 years, they sold their small trailer and decided they wanted a vintage standy trailer that could fit discretely inside their garage. They fell in love with the Serro Scotty design, but could not find one in their area – so they decided to build one from scratch.

Their new Serro Scotty has the same design as the 1962 original. 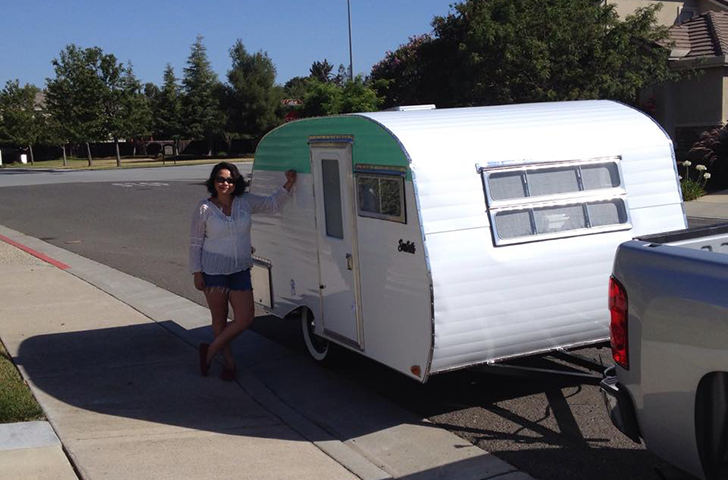 After many discussions with fellow trailer owners and builders, the couple began the build. Eight months later, Mindy finished up the last window before they took off for a trailer rally in Morro Bay, California. The new trailer gives a nod to the 1962 Serro Scotty, and Dan added on six inches to install a double – rather than a twin – bed. The trailer weighs between 1,200 and 1,500 pounds.

The interior has a tiny kitchen with a vintage sink… 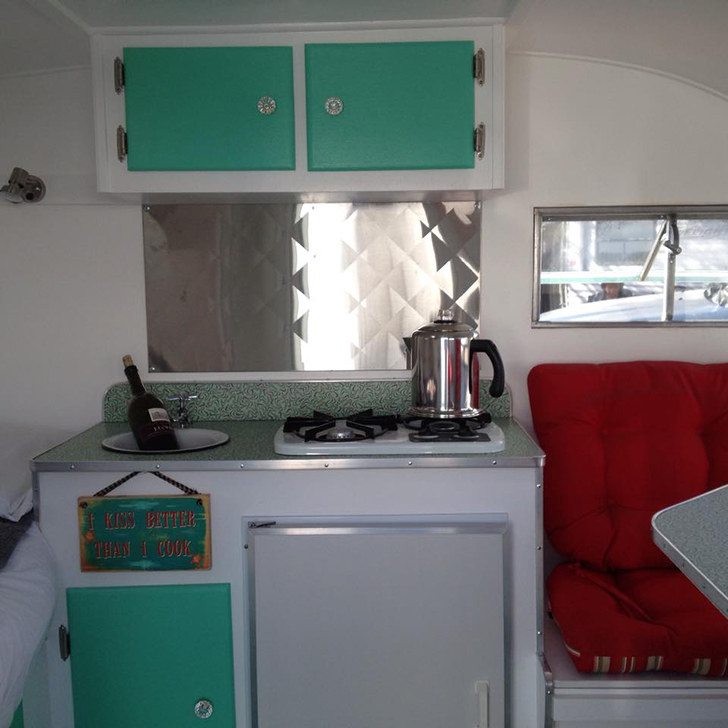 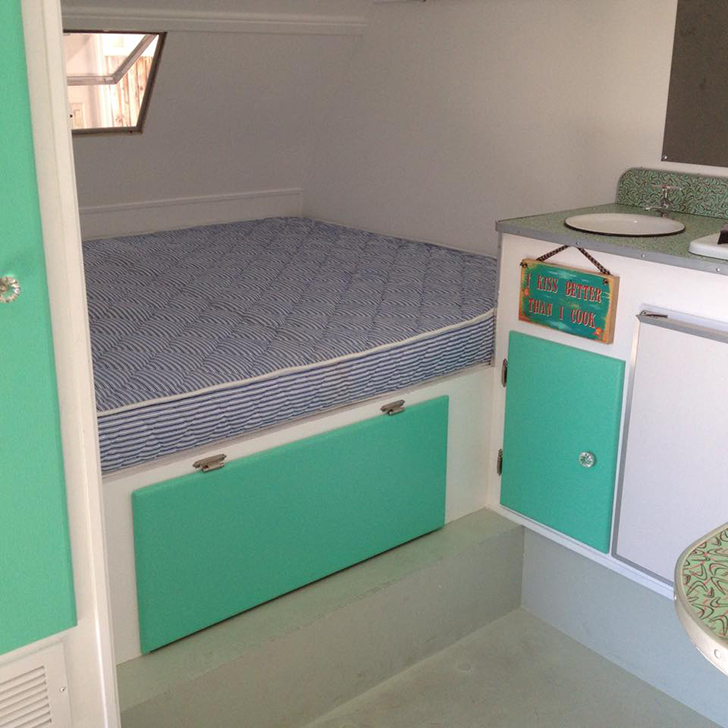 …and a double bed with plenty of storage hidden underneath. 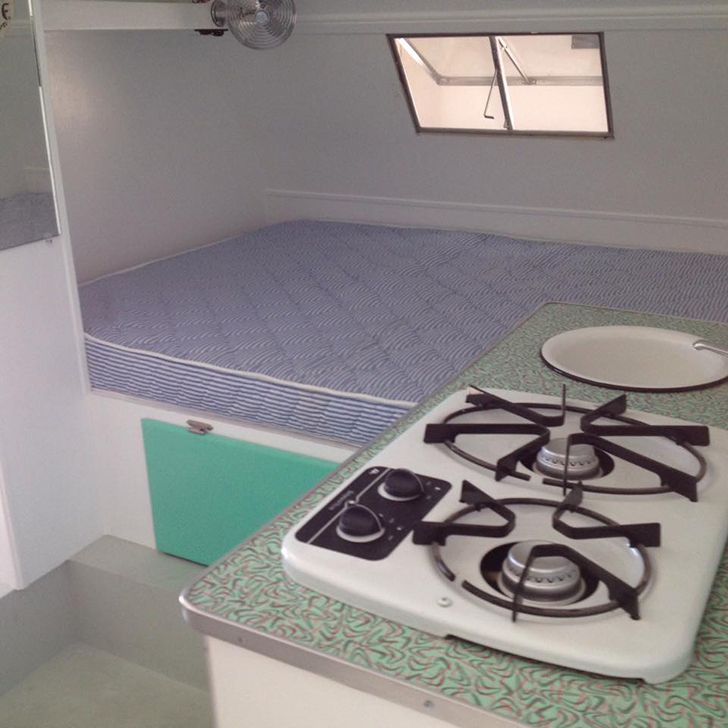 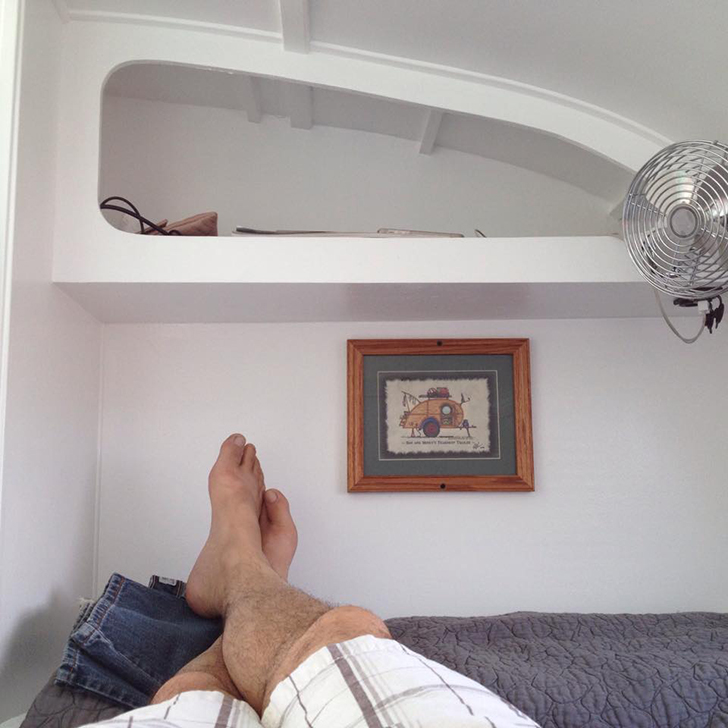 The dining area also has storage under the seats. 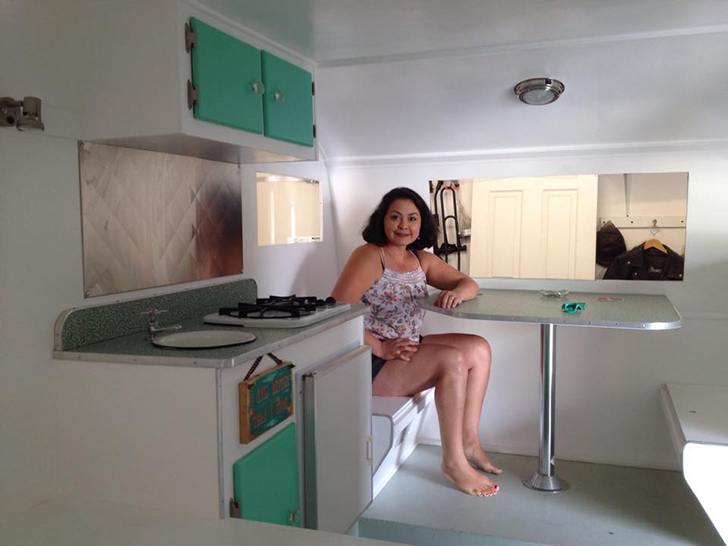 The replica trailer contains plenty of storage above and below the bed, a full length closet, a pedestal kitchen table and bench seating, a tiny kitchen with a wonderful backsplash, and a two burner stove next to a vintage style sink.

Couch cushions are currently from from Dan and Mindy’s porch chairs and the couple plans on sewing matching curtains for the windows they found on eBay. The Serro Scotty logo on the exterior was also an online purchase. The aluminum siding came from Hemet Valley RV Siding & Storage in Hemet, California. The company will do three and four inch breaks for vintage trailer restorations and builds.

Perfect fit: the trailer stores neatly inside the couple’s garage. 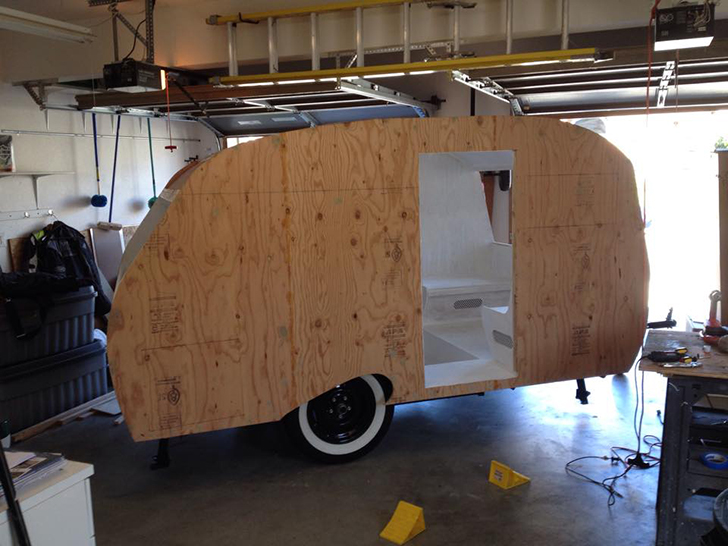 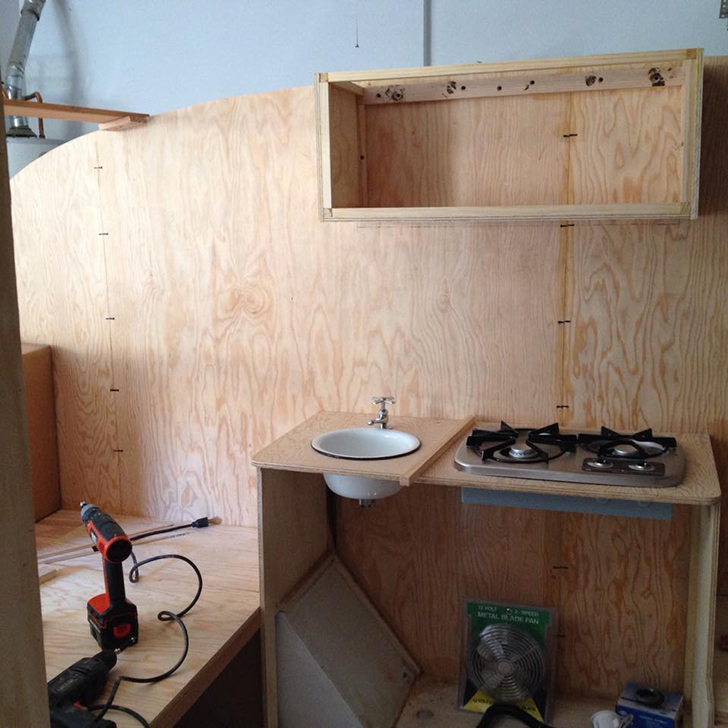 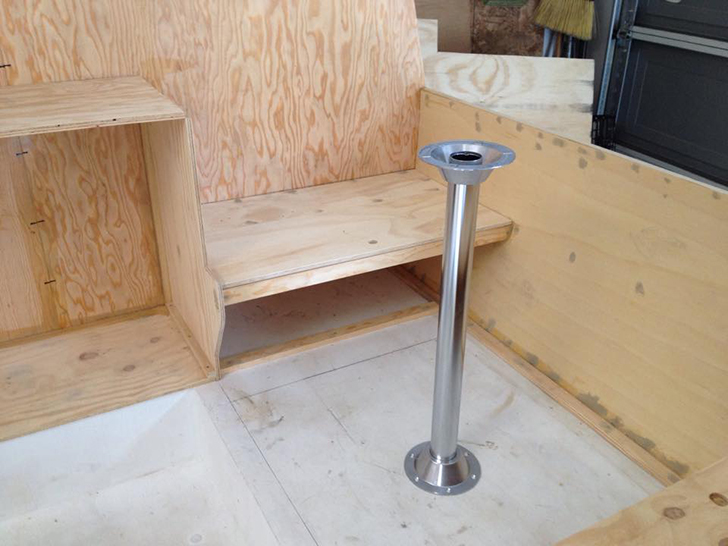 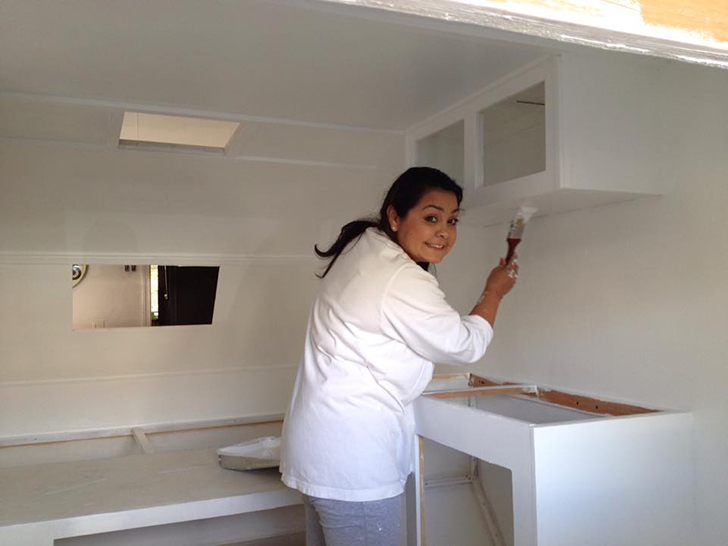 Serro Scotty trailers were first built in 1957 and featured a drop floor. Since 2006, Serro Scotty Worldwide has produced several new styles including the Scotty Lite, a 960 lb. standy trailer that can be towed with a 4-cylinder vehicle.

Vintage Scotty trailers can be difficult to find, but the National Serro Scotty Organization runs a website with information and tips on how to rebuild these classic trailers. 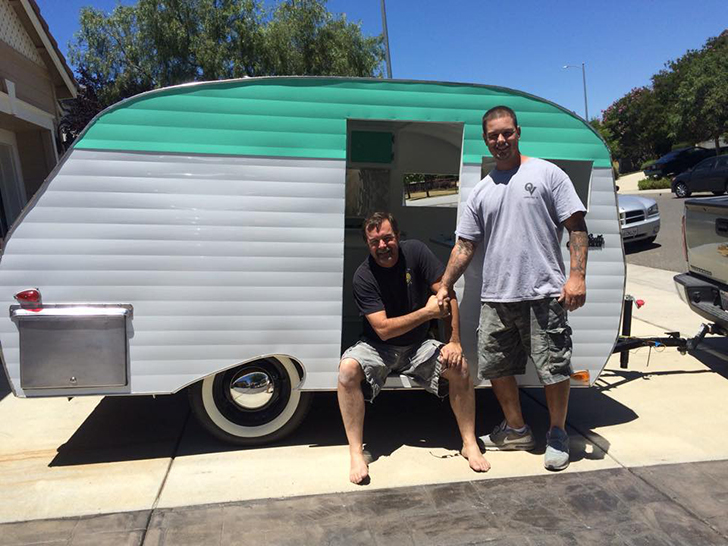 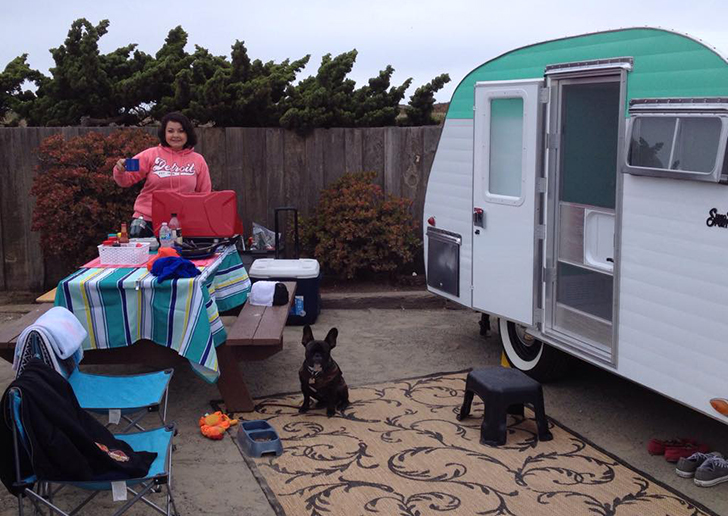