This car enthusiast took a 1976 Volkswagen campervan and transformed it into a quirky racing vehicle by turning it on its side.

Novelty car builder Jeff Bloch wanted to create a vehicle that hadn’t been done before.

Following his other projects, an upside-down Camaro and a plane-made-street-legal, Bloch’s latest build involved flipping a 1976 Volkswagen campervan on its side and actually making it driveable. He calls it the “Trippy Tippy Hippy Van”. 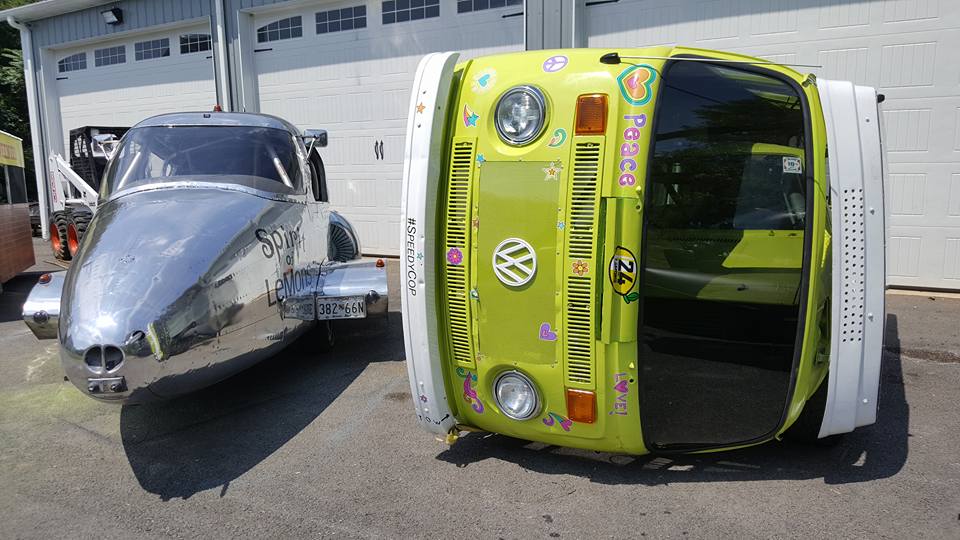 The secret to this design? It’s actually built with two Volkswagen vehicles: a 1976 campervan and a 1988 VW Rabbit.

It took Bloch and his crew about five weeks to build the quirky vehicle. They added in a 1.8-liter GTI engine that has 120 HP, reaches up to 100 MPH, and goes from 0-60 in only 8 seconds. 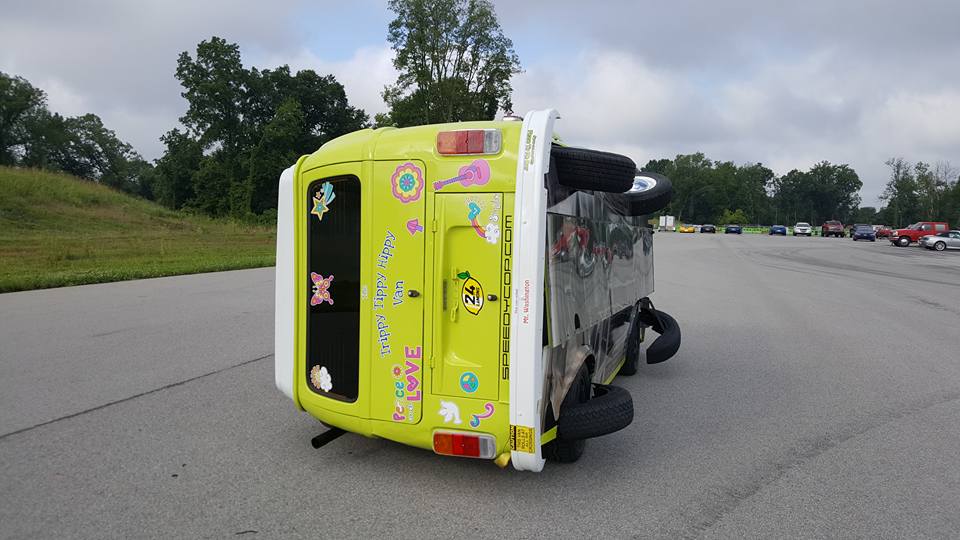 Both the roof and right side of the car are made with one-way vinyl on lexan panels, so the driver can still see out. The driver and passenger’s side are also both hinged to make it easy to get out in case there’s an emergency during the race.

The only way to appreciate this vehicle’s wacky-but-workable design is by seeing it in action. Check out this clip from Barcroft Cars to watch it on the racetrack and get a closer look inside.

You can learn more about Jeff Bloch, better known as “Speedy Cop”, on his website at SpeedyCop.com.

If you’re a fan of Volkswagens, also check out This Abandoned VW Bus That Got Rescued From The French Alps