Professional snowboarder Austin Smith is living the dream in this converted 1953 GMC Fire Truck. The home-on-wheels, dubbed as his ‘Micro Dojo’, allows Austin to live in the parking lot of Oregon’s Mount Bachelor ski resort and hit the slopes every day. If you think his custom ride is impressive from out front, wait until you see the inside. 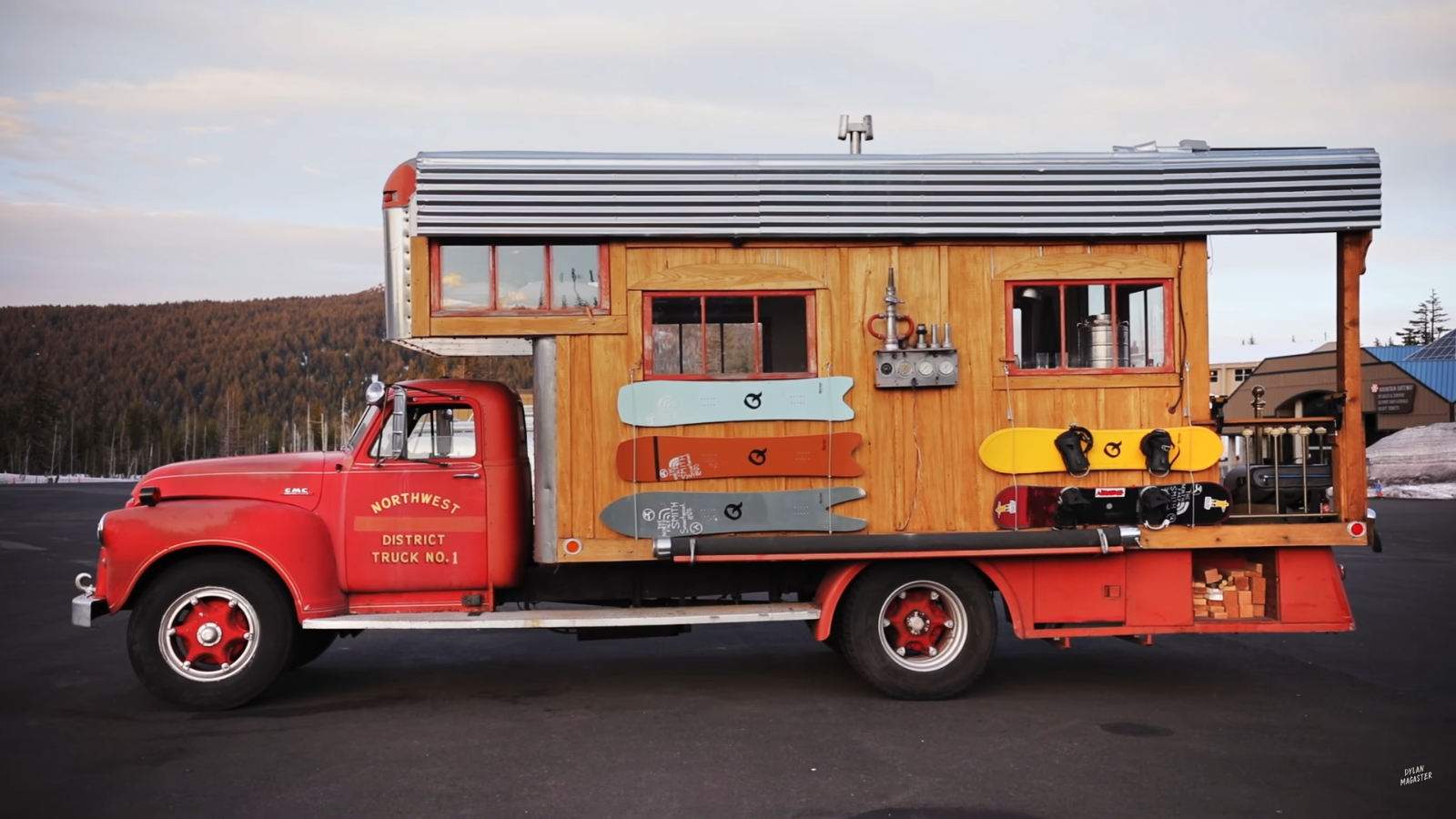 According to Austin’s interview with The Snowboarder’s Journal, the fire truck actually came from Northwest Michigan, not the Pacific Northwest. Someone else owned the fire truck first and had already removed the original fire engine section. It had been replaced with a large U-Haul-like box paneled with wood, and was well underway in the conversion process. 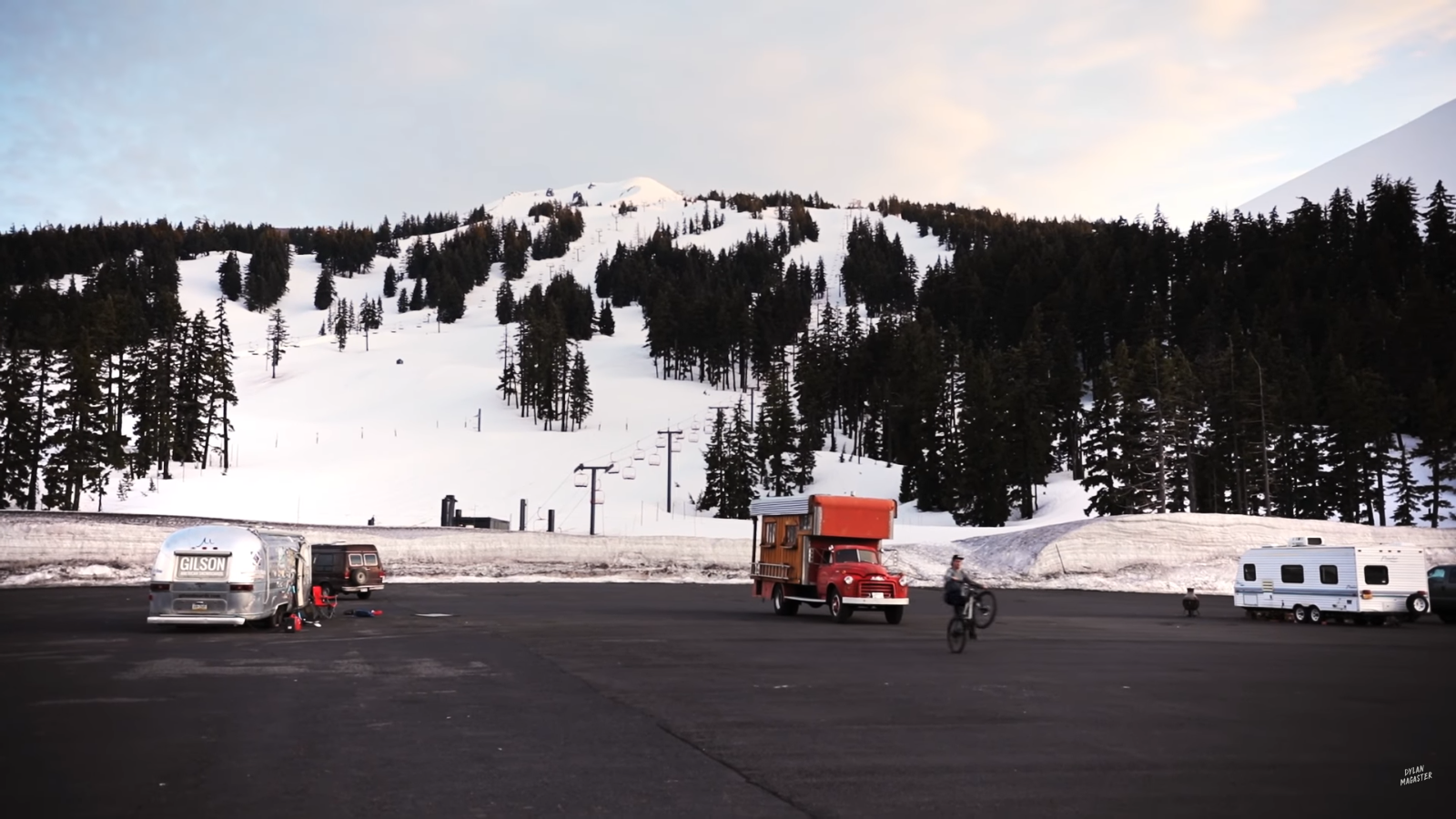 Austin’s brother first came across the classic GMC fire truck on eBay. They flew out to Michigan to pick it up, but the truck wasn’t mechanically sound and it ended up sitting around once they got back. It wasn’t until years later when Austin decided to give the truck life again and finish up the final touches.

On the outside, the Micro Dojo has a couple of solar panels on the roof, along with a detachable ladder on the side to climb up and wipe snow off. There’s also a porch on the back that was built from an old bed frame. 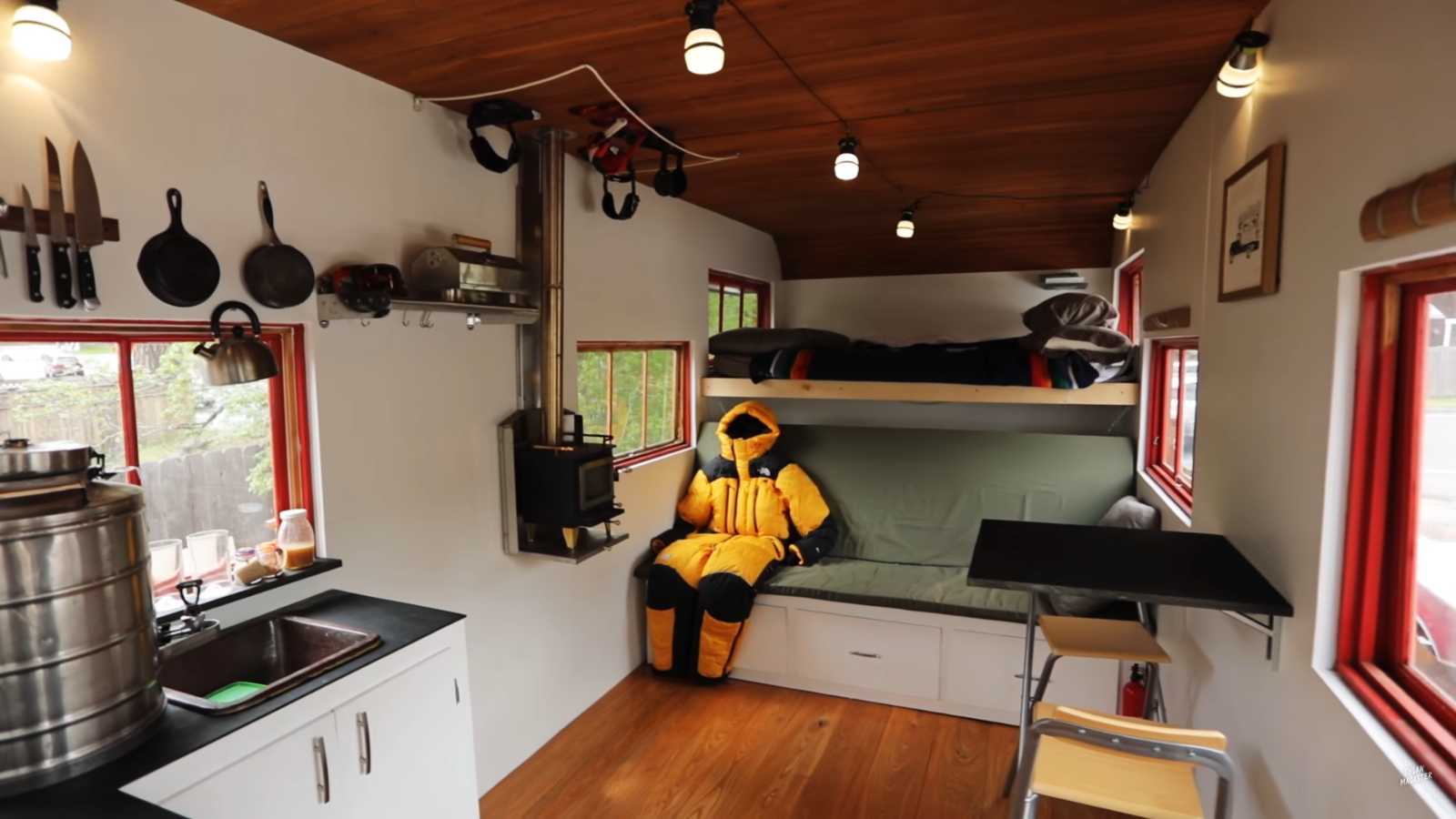 Inside is sleek and modern with a Cubic mini wood stove for heat. There’s a full bed and a couch beneath that folds out as a guest bed. Underneath the couch, three storage bins hold firewood and other miscellaneous items.

On the roof above the wood stove, Austin drilled in a set of bindings from an old snowboard to hang his boots dry. He also equipped the home with a quality YETI cooler (which doubles as a bench) and a table that folds down and out of the way. 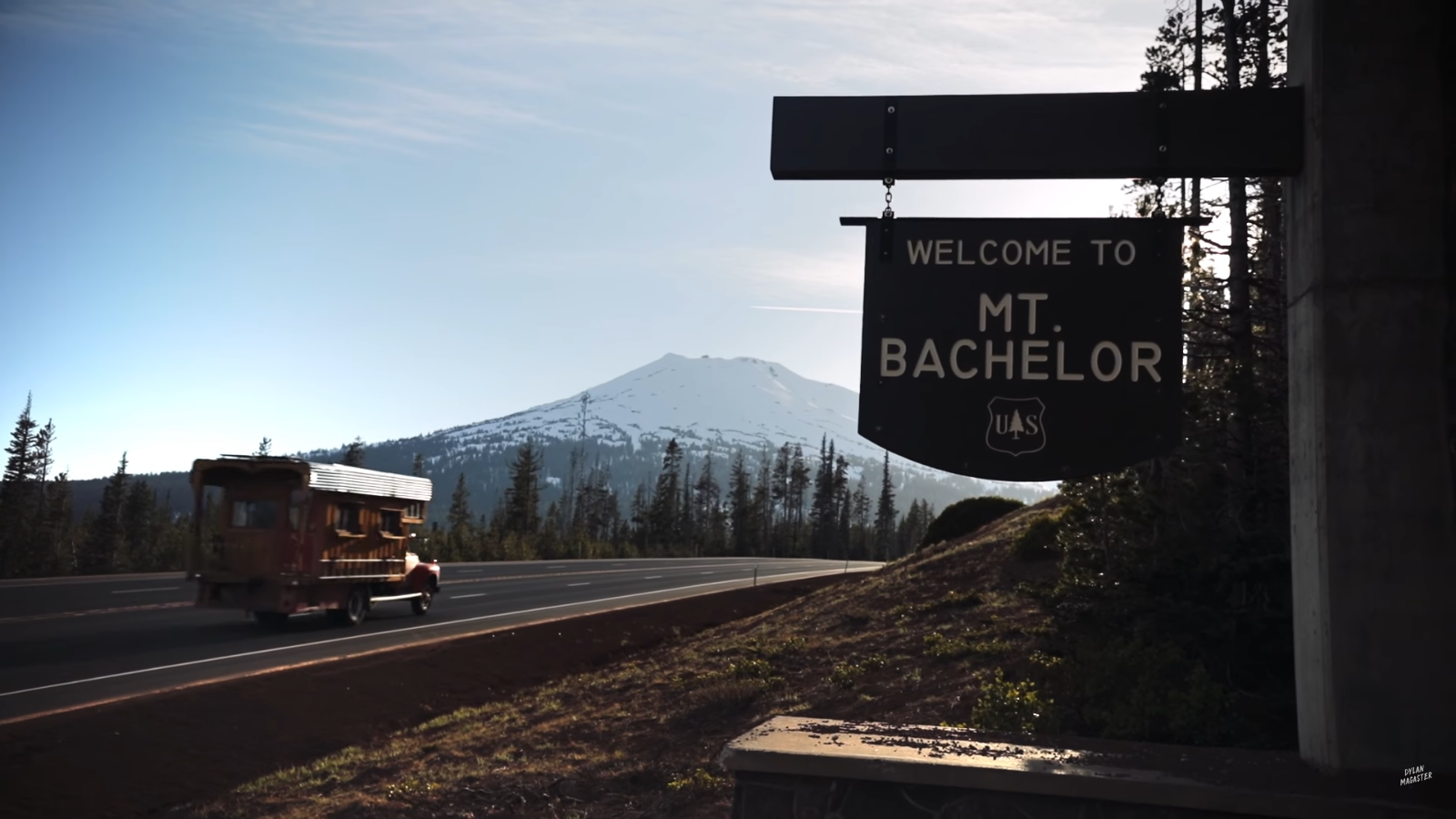 Every detail of this converted fire truck is awesome. You can get the full tour below, thanks to Dylan Magaster on Youtube:

You may also like: This Professional Baseball Pitcher Who Lives In A Van During The Off-Season