After several years of building their own businesses and living in various properties, Dakota and Chelsea decided to cast off and live a life on the road.

They purchased a 2013 Mercedes Sprinter van and built a custom DIY conversion to turn it into a comfortable home for themselves and their four mountain and touring bikes. The couple profiles their trip and the van conversion on their blog, Traipsing About. 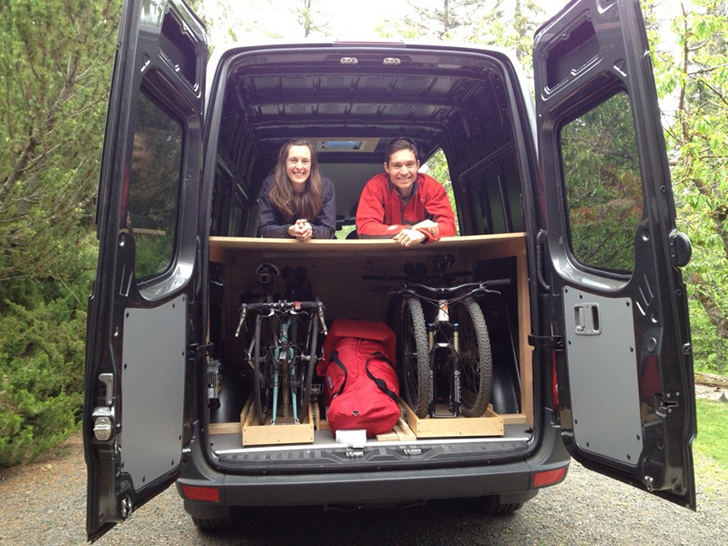 The build took about three months and includes a raised platform bed (with bikes stored underneath), a small kitchen and food preparation space, a ceiling fan, a battery and electrical system that includes solar panels, a cool stereo system, a heater, and a shade awning.

The kitchen contains an Isotherm 4.6 cubic foot refrigerator and a slide-out stove. 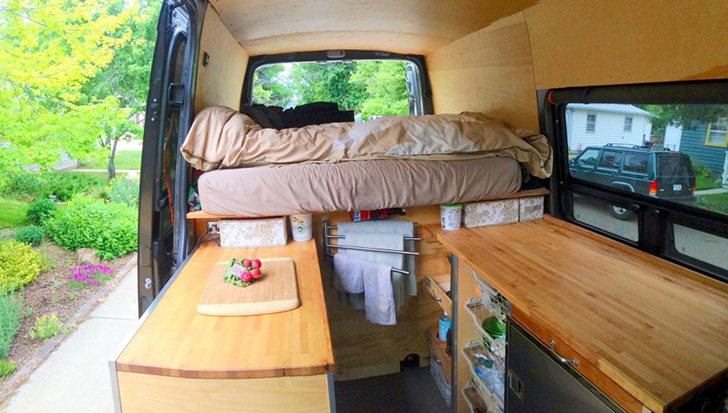 Dakota had experience building homes in the past but learned a lot during the van conversion. 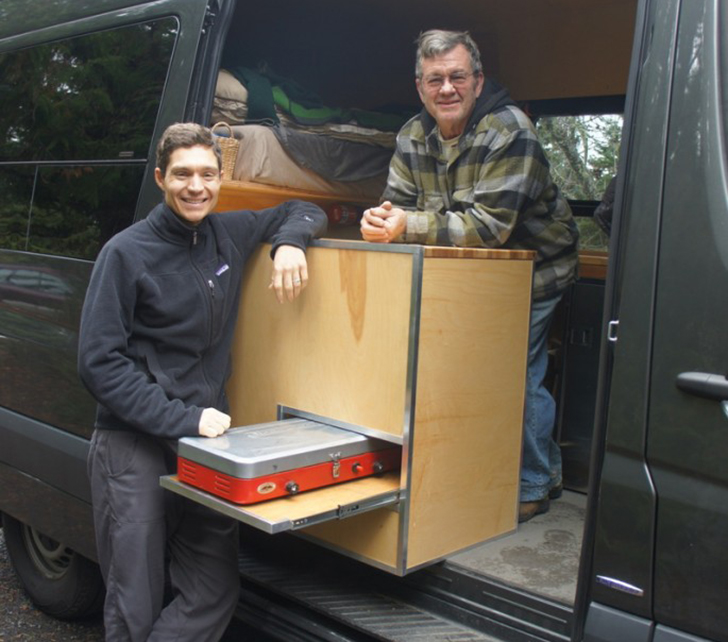 The van started as a blank slate with just the driver and passenger seats. Dakota and Chelsea wanted the van to have taller ceilings so they went with the 144-inch high-top version. The couple added in some additional insulation to reduce road noise.

They used a denim water heater blanket from Amazon for the ceiling and covered the insulation with wood veneer. Maple and birch plywood cabinets were built into the trailer and $10 wire baskets from IKEA hold food and personal items. Water was stored in glass jars and the couple showered with a Nemo Helio Pressure Shower. 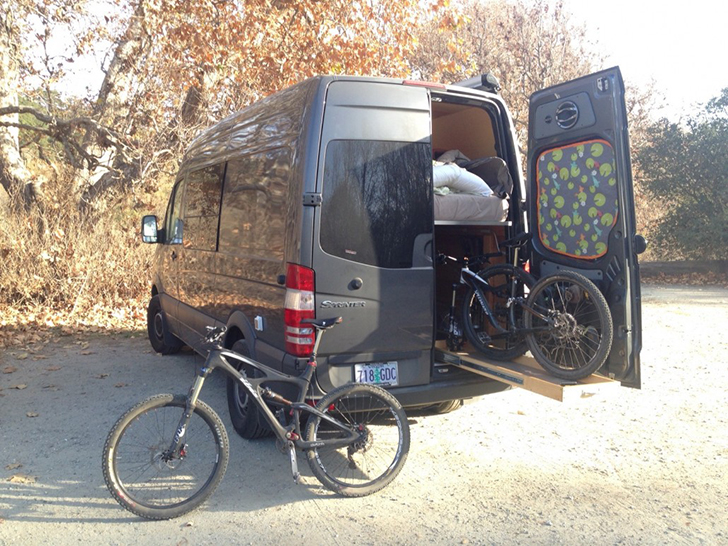 Dakota and Chelsea’s ingenious bike rack fits four bicycles onto a 4-foot, 400 lb. shelf that slides out of the back of the van. Heavy duty 48-inch sliders ensure a smooth motion. The floor of the rack has a clear plastic floor mat to protect the plywood flooring.

The two 100-watt solar panels run most of their appliances and laptops. 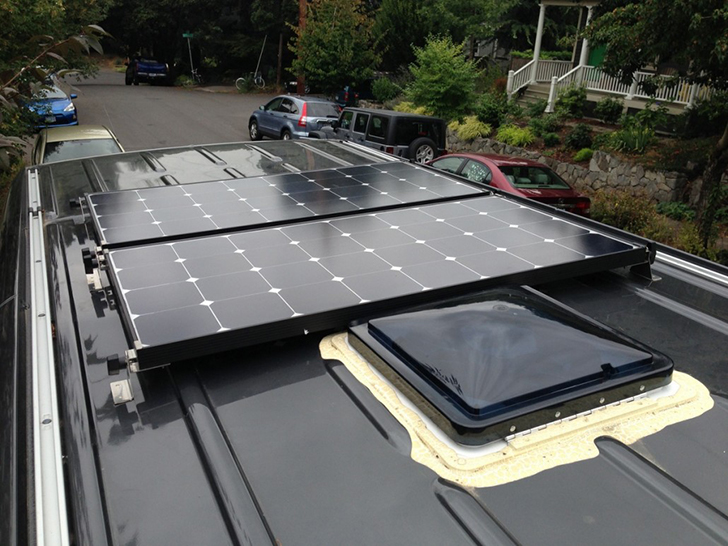 The Grape Solar 2 x 100W solar panel system was sized to pull about 10 to 12 amps into the system during a sunny day. The electrical system is also charged from the van alternator while driving.

With the system, the couple ran their Vitamix and hot water boiler, some LED lights, their laptops, fridge, Fantastic Fan vent, the Espar heater, and a heating pad for the bed. The totals were about 8 to 15 amps for all the appliances.

During their travels, the couple worked on the road utilizing a WiFi hotspot from the MiFi Jetpack from Verizon. This came in handy during their visits to places like the Pacific Coast Highway, Grand Teton, and Yellowstone National Parks, Portland, Maine, and even in The Big Apple.