Andres and Desirée converted this quaint Sprinter van so they could travel across North and South America.

Swiss couple Andres and Desirée found an ingenious solution for what many Sprinter vans lack: an indoor shower that takes up little space.

They designed their 4×4 van to be both practical and comfortable so they could see the many vast landscapes across North and South America.

The van was imported from Germany to their home in Switzerland, and then later shipped to Nova Scotia where they kicked off their trip. 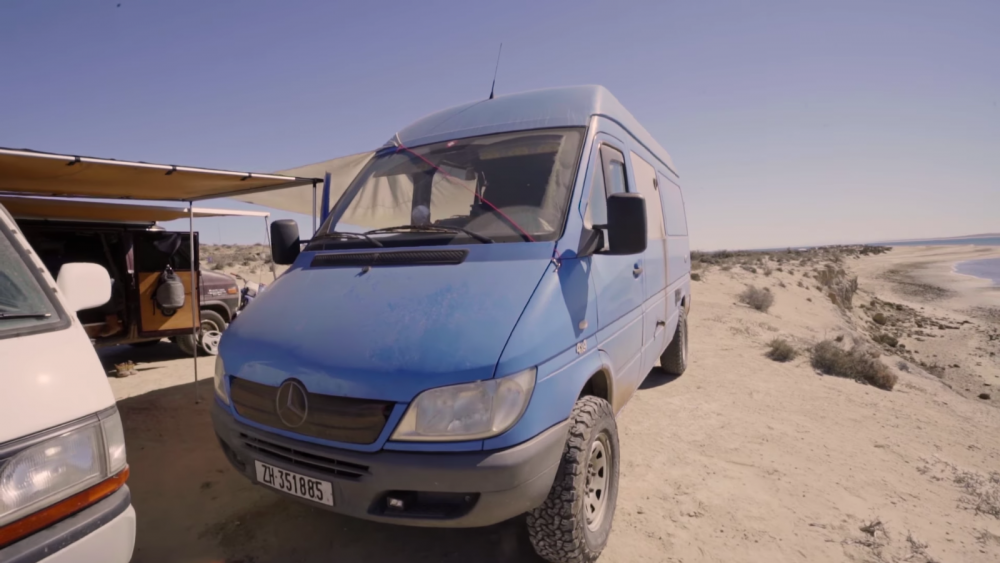 They’re driving from Canada all the way down to Argentina. All photos via Dylan Magaster, Youtube

They dubbed their blue van “Papá Pitufo,” which translates to Papa Smurf in Spanish.  Two 200-watt solar panels were added to the van along with a propane heating system, portable toilet, and three water tanks. 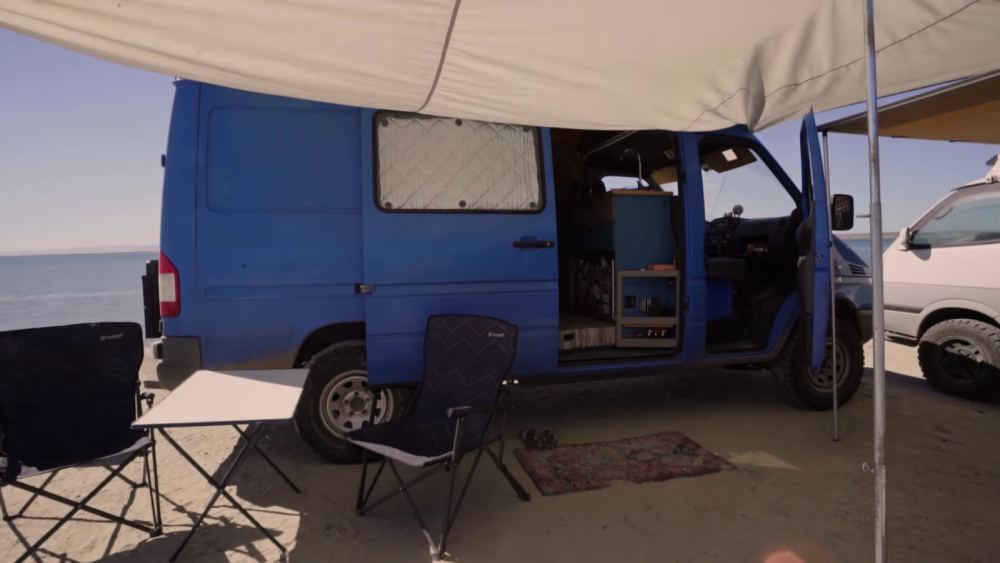 The van is nicknamed Papá Pitufo (Papa Smurf in Spanish).

The interior is quaintly decorated with wallpapered maps and a mini wood stove.  They also have two opposite-facing seats that lift up to reveal food storage and a table that pulls out between them.

Their bed slides out at night and serves as extra seating during the day. 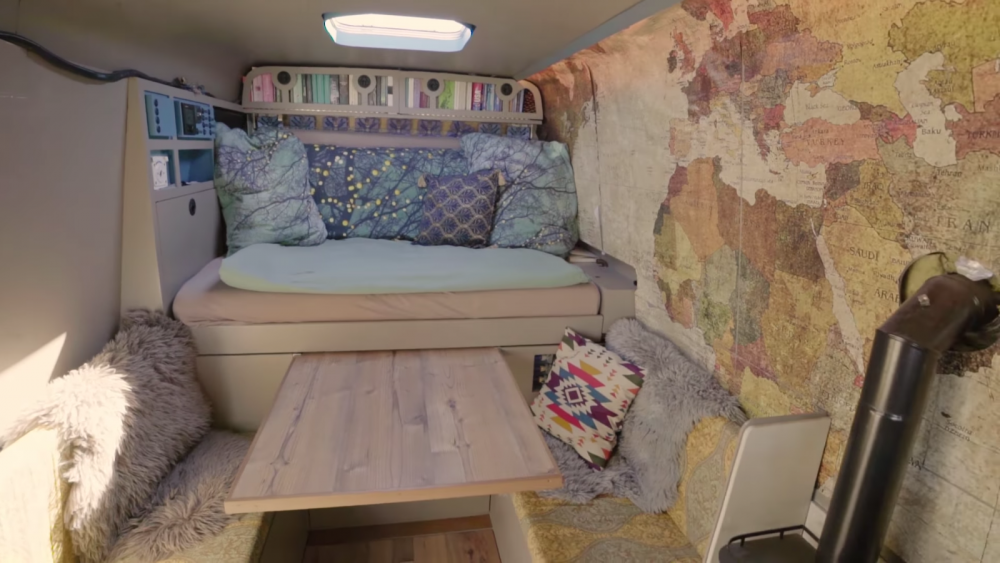 Beneath the bed, two large drawers slide out and hold all of their clothes.  There’s also a trapdoor on the floor that houses their indoor shower when it’s not in use. 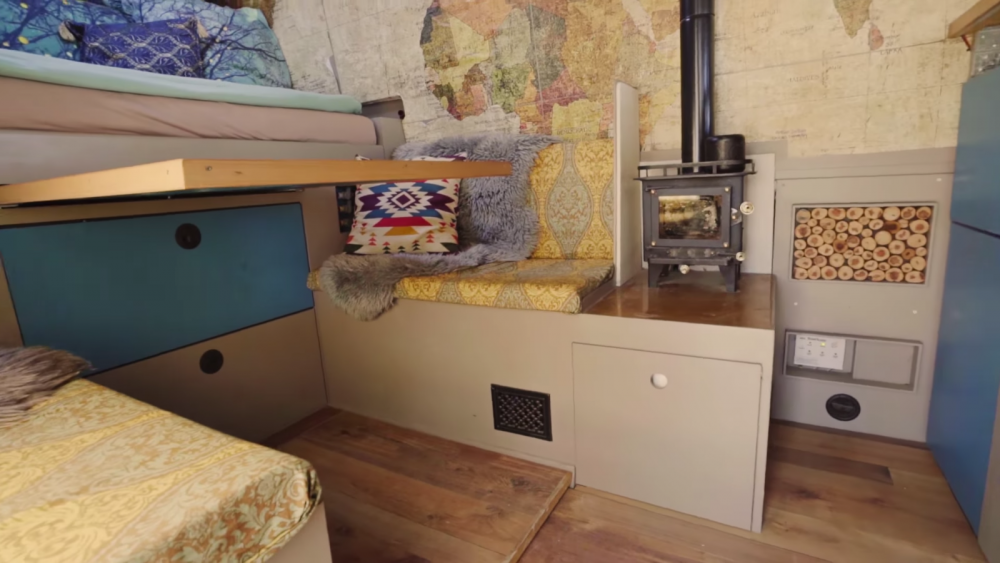 Can you believe they have an indoor shower in this tiny space?  Desirée explains that the curtain simply hangs up to prevent the rest of the interior from getting wet. 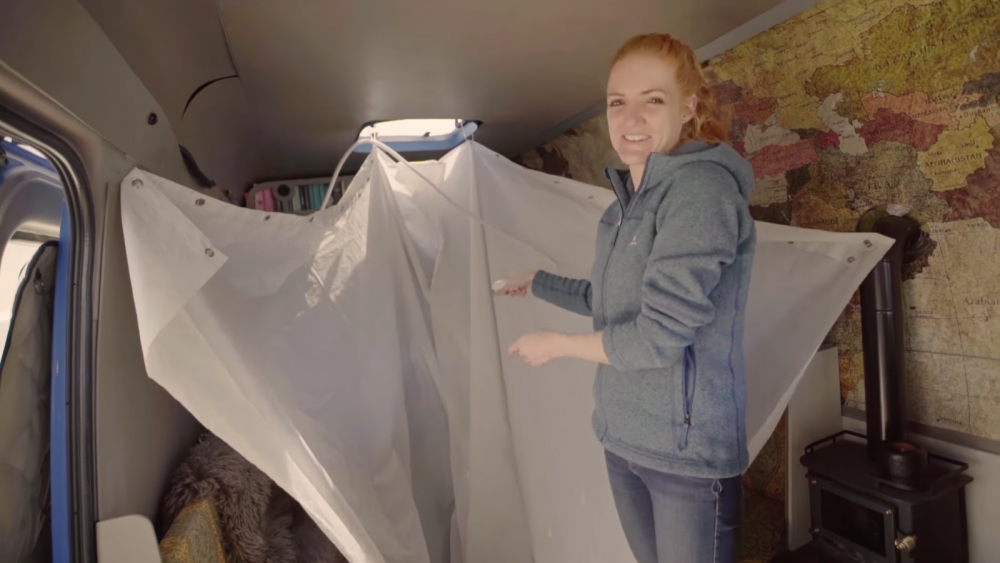 Their kitchen is towards the front with a wooden countertop, sink, and SnoMaster fridge.  Several drawers pull out and hold all of their dishes, utensils, and other cookware. 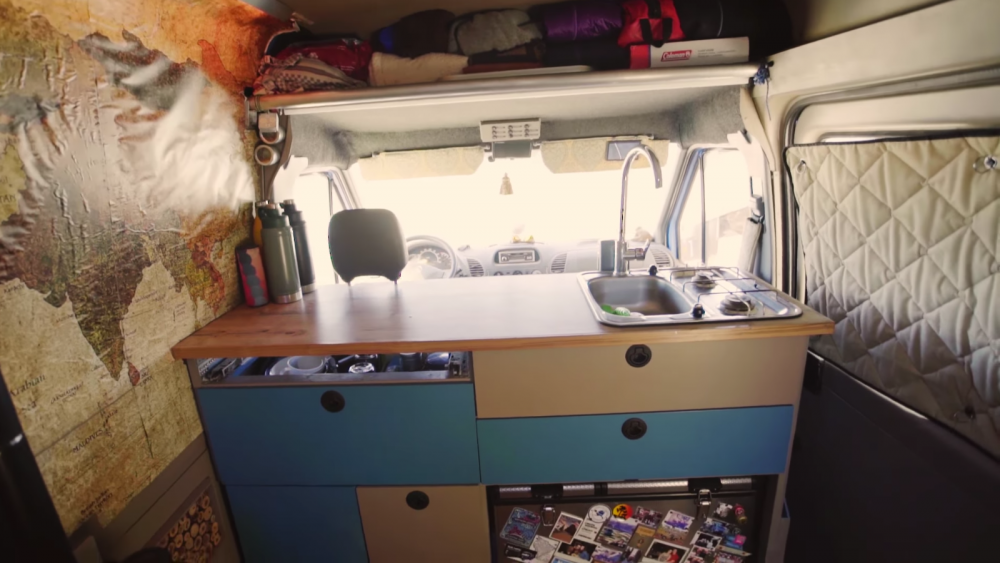 Their kitchenette, towards the front.

Check out this video from Dylan Magaster for the full tour:

To see more about the couple’s travels, visit their website Papa-Pitufo.com.

You may also like: See How This Architect Built A Tiny Camper Van