Amid the vastness of the Great Plains in western North Dakota, Theodore Roosevelt National Park preserves and protects over 70,000 acres of prairie wilderness. The park encompasses badlands geology, a petrified forest, mixed-grass prairie, and a wide variety of wildlife species.

It was here that a young Teddy Roosevelt visited when he traveled to Dakota Territory from New York in 1883 to hunt bison. The future president was lured by the wild west spirit and rugged landscape.

He was also dismayed to discover that the bison’s once great numbers were rapidly declining. These years in North Dakota helped shape Roosevelt’s conservation philosophy and eventually led him to establish five national parks and help form the U.S. Forest Service.

Today, Theodore Roosevelt National Park memorializes the 26th president for his enduring contributions to the conservation of our natural resources.

The park consists of three widely separated units united by the Little Missouri River — the north unit, the south unit, and the Elkhart Ranch Unit.

Bison stop by a river at Theodore Roosevelt National Park. 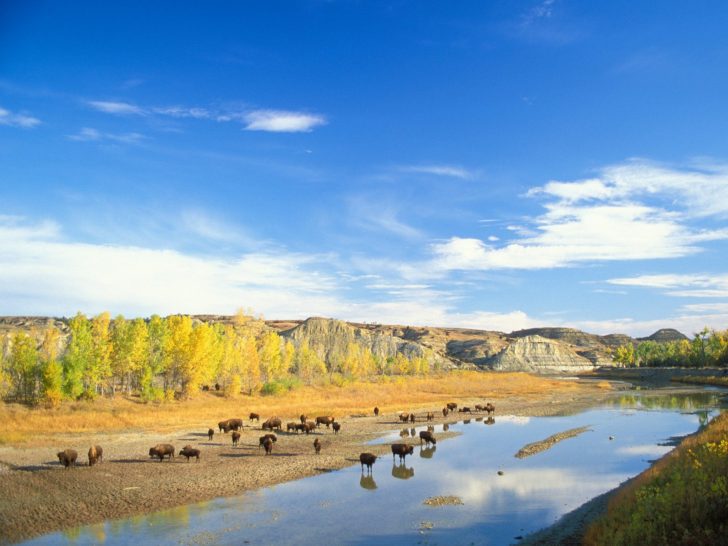 What to Do at Theodore Roosevelt National Park

There is no better way to explore the park then by jumping in the car for a scenic drive. Theodore Roosevelt National Park has two separate scenic drives located in the north and south units.

In the south, the 36-mile scenic loop winds through badlands, over buttes, and past endless stretches of prairie. The route features numerous overlooks with stunning views, trailheads for 12 different hiking trails, interpretive signs about the park’s history and natural wonders, and large prairie dog towns.

Take it slow and watch for free roaming buffalo and wild horses.

The 14-mile scenic drive in the north follows the rim of the Little Missouri River Valley.

With numerous overlooks offering exhilarating vistas and access to several hiking trails, this drive can easily turn into a day long adventure. 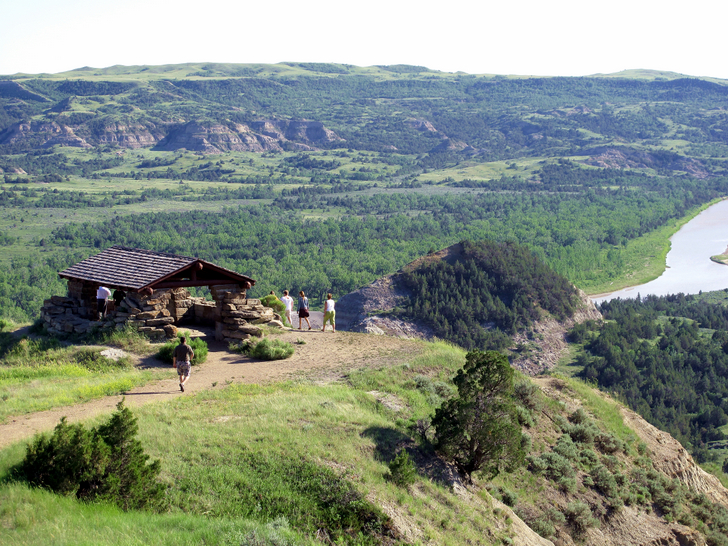 Hike To the Petrified Forest

With over 95 miles of hiking and horse trails, there’s no shortage of opportunities to explore the park on foot. One of the most unique trails is found in the south unit. The 10 mile Petrified Forest trail can be hiked as a full loop, or as a shorter out and back hike.

The hike travels over open prairie among fields of waving grass and wildflowers to an ancient forest preserved in time.

Roosevelt visited the Dakota Territories on a hunting trip and left with a deep love of the landscape and cattle ranching. The following year, after a bout of personal tragedy, he returned to the Territories, rode 30 miles up the Little Missouri River and found an isolated site on the river bank that suited him. 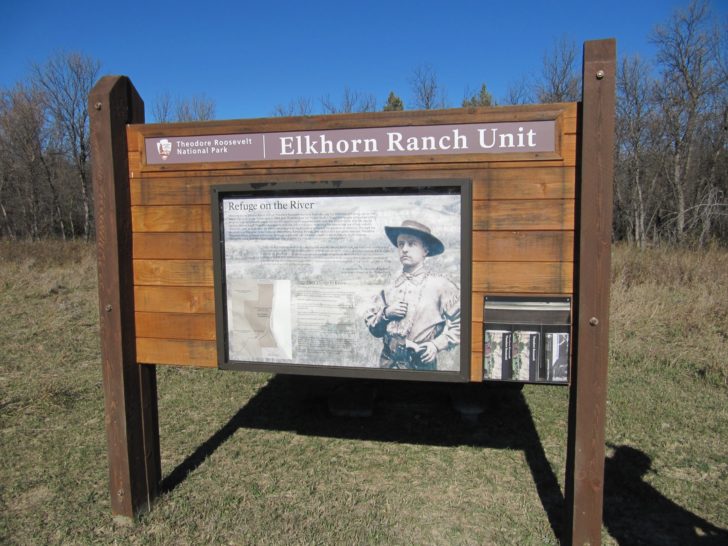 Here he established Elkhorn Ranch which became his personal sanctuary and experiment with ranching. The ranch was never successful and he sold it 15 years later. Despite the failure, Roosevelt always looked back fondly on his time at the ranch which he called his “home ranch.”

Little remains of the site today, but visitors can still wander the meadow and look out over the river while imaging what life must have been like for the enterprising future president as he attempted to work the land around him.

Located adjacent to the south unit of the park, the tiny town of Medora (population 112) is a fun place to spend an afternoon or two.

The restored frontier town of Medora is full of antique and gift shops, museums, saloons, and historic sites. 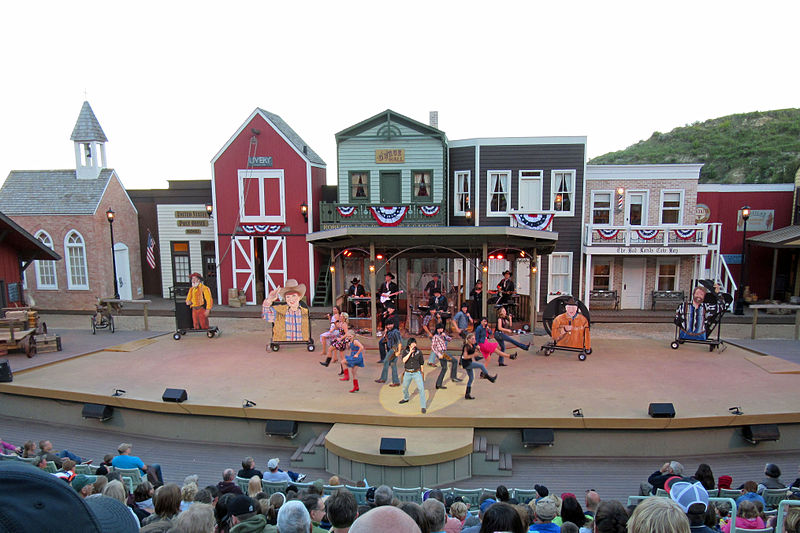 When you’ve had your fill of shopping and dining, be sure to take in a show at the Burning Hills Amphitheatre where the Medora Musical entertains audiences with a mix of country tunes, square dancing, and Theodore Roosevelt history.

Where to Stay at Theodore Roosevelt National Park

Both the north and south units of the park have campgrounds conveniently located along the Little Missouri River, near the park entrances.

Cottonwood Campground in the south unit has 76 sites, half of which are reservable. In the north, the 50 sites at the Juniper Campground are only available on a first-come, first-serve basis.

The amenities are basic at both campgrounds with potable water, flush toilets, trash and recycling. In the north, an onsite dump station is open during the summer, and in the south the nearest dump station is located in the nearby town of Medora. There are also several campground options outside the park.

Near the south entrance:

Near the north entrance:

The most popular time to visit is late spring through early fall. In May and June wildflowers dot the prairies while frisky newborn bison, pronghorns and prairie dogs frolic. July marks the beginning of the bison rut, when gigantic bulls battle one another in dust raising head-to-head battles. August is often hot and humid, while September offers the nicest weather with fair skies and mild temperatures.

Theodore Roosevelt National Park is open year-round, but portions of the park road may close in the winter. Services are limited from October to May, including the restroom facilities in the campground.