The next item on your RV shopping list might just have to be the portable thermal cooker. This handy pot has been used on boats and in tiny apartments for years and is starting to pick up steam (no pun intended) for the camper crowd.

A thermal cooker is a simple pot that cooks food without power.

A thermal cooker is essentially a large Thermos that has both an inner pot and a vacuum-insulated outer pot. The inner pot holds the food and is placed on top of a camp or propane stove for just a few minutes to boil the contents.

The inner pot is then placed into the outer pot where the food continues to cook until it’s finished. Some thermal cookers have two inner pots: a primary pot for main dishes and a smaller pot for sides like rice.

The inner pot holds the food and the outer insulated pot holds in the heat. 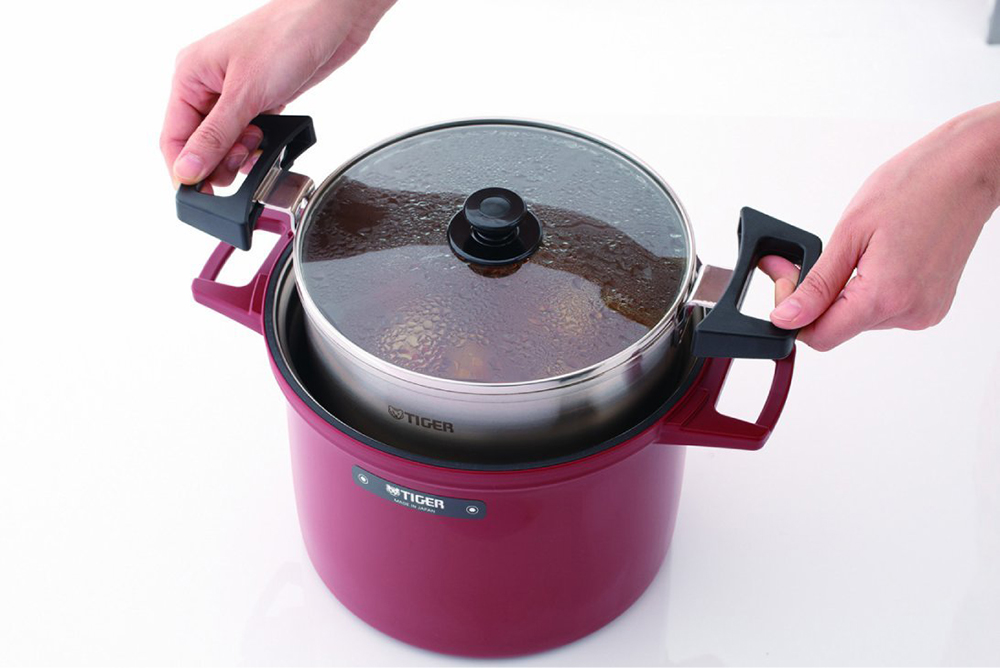 When the food cooks, there is no need for a plug, fuel, or to stir the pot. Meats cook until tender and vegetables and potatoes will not turn bland or mushy. The temperature will be high enough to cook the food and keep it safe from bacteria. 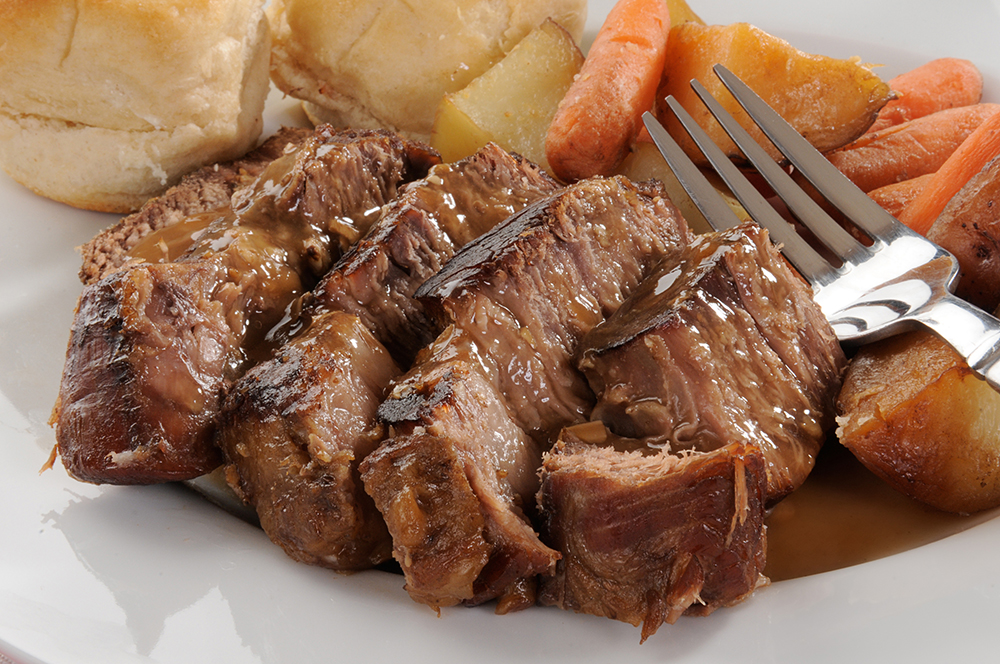 Some of the best recipes for a thermal cooker include stew, chili, soup, pulled pork, Swiss steak, curries, and oatmeal. Even better for cooks with a small RV kitchen—a smaller pot with more food in it will retain more heat.

Several brands of thermal cooker include the Tayama, Tiger, Dreampot from Australia, Saratoga Jacks, Thermos, and even a tiny 25-ounce cook pot from Zoie + Chloe.

Thermal cookers can be taken on any kind of camping trip.

In addition, the cooker can also be used as a cooler. Chill the inner pot and then fill it with anything you want to keep cold. Put the inner pot into the insulated pot and lock down the lid. Even ice cream will stay frozen for several hours.

Furthermore, if you want to learn more about thermal cooking, “Let’s Make Sense of Thermal Cooking” by Cindy Miller is available on Amazon in Kindle format and hardcover.

See also: Why Every RVer Should Own An Instant Pot