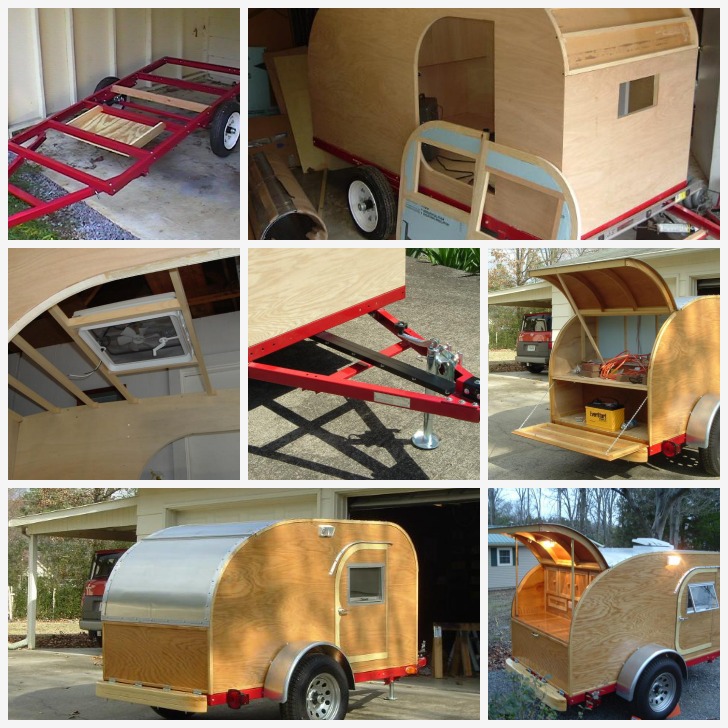 When Scott brainstormed names for his homemade teardrop camper, he thought of an unusual airplane made by the late Bernard H. Pietenpol over 80 years ago.

Pietenpol’s aircraft, coincidentally named the Air Camper, was made entirely of wood and powered by a Ford Model A car engine.

Yep, an airplane powered by a car engine.

He designed the airplane so that a person of only modest mechanical ability could build and fly it.

Eight decades later, historians consider Pietenpol’s unique airplane design a classic, and it’s still one of the most popular homebuilt aircraft kits. You can buy plans from the designer’s son here.

Wanting to pay homage to his favorite homebuilt airplane, Scott named his mini RV, The RoadCamper, in honor of Pietenpol’s creation.

The teardrop rests on a 4′ by 8′ Harbor Freight utility trailer with 1/4″ oak plywood for the walls – this is one solid camper! While many teardrop builders cover the exterior in a metal skin, Scott chose to leave the wood exposed, and sealed the outside with three coats of varnish.