Skip to content
Table of Contents show
Slab City is a former Marine Corps barracks popular for its abandoned buildings.
Some urbex locations, such as the International Car Forest of the Last Church, are considered works of art.
Urbex can take you on some backroads, so be prepared with good paper maps.
Share this post:

Broken down homesteads, abandoned mines, roadside art, and crumbling resorts. These are not your average tourist attractions.

The art of seeking out and exploring these types of manmade locations is called urban exploration, or urbex. Along with geocaching and rockhounding, the thrill of these places is usually in the hunt.

Sarah Jane, known to her followers as “Wonderhussy” has a YouTube channel where she explores many of the strange, backroad attractions unknown or passed over by most travelers.

She prefers to explore locations in the Nevada and California desert, but she also heads into the mountains and seeks out beautiful natural hot springs.

Her channel is not only funny but informative as well. She discusses many of the reasons why a location was abandoned as well as the natural history of a place.

Wonderhussy goes exploring in her Toyota 4Runner as well as a vintage canned ham trailer. She also has some tips on how to be a successful urban explorer, no matter what type of rig you explore in.

Wonderhussy is actually a latecomer to the urban exploration trend but is making up for lost time by energetically investigating different types of locations. She has explored graveyards in Death Valley and ghost towns in Colorado and Arizona. She’s peeked into Area 51 in Nevada and updates her viewers on her wild Burning Man trips.

“I was kind of a late bloomer, and didn’t really get into exploring until about five years ago. Consequently, I feel like I’ve missed out on a lot over all these years and I’m trying to make up for lost time, and pack it all in now!

The need to see as much as possible in the time I have is what fuels my sense of adventure. I realized that there is no sense in putting things off for ‘someday.’ Today IS someday! EVERY day is someday!! And now ‘someday’ is my favorite day of the week.” 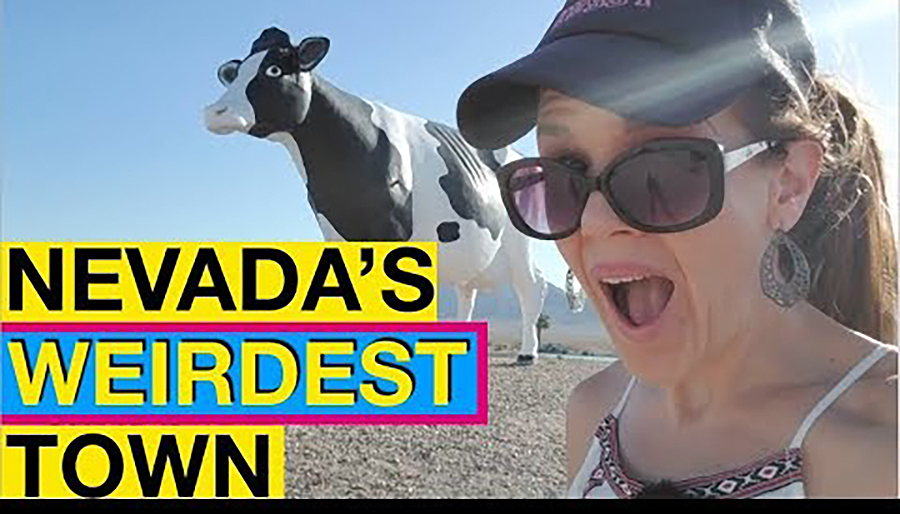 She lives in Las Vegas but also heads out to smaller towns. Some of her strangest encounters have included the Barker Ranch in Death Valley where the Manson Family lived before their arrest and a couple’s home in Slab City, California that she decided to keep to herself.

“When I was down in Slab City, there was a couple who lived in a huge concrete water tank that invited me into their home. It was dimly lit by a skylight coming in through an opening at the very top of the water tank, and the walls were covered in crazy post-apocalyptic, Mad Max-type art such as draped parachutes, camo netting, bones, flags, swords, and doll parts.

The vibe was sort of Addams Family meets Mad Max, and was kind of creepy at first. But I started talking to the couple who lived there, asking them about their journey, and it was one of the most interesting conversations I’ve ever had!I didn’t want to offend them by asking if I could shoot video, and in retrospect I probably should have at least asked because they were so fascinating! I just didn’t want to objectify them, so I left my camera in my pocket.”

Slab City is a former Marine Corps barracks popular for its abandoned buildings.

Some urbex locations, such as the International Car Forest of the Last Church, are considered works of art.

She adds that even though she has never been back east to seek out some coveted abandoned asylums, the desert seems to be an ideal place to urbex.

“My understanding is that the east coast is more densely populated, and there are fewer abandoned places in more densely populated areas so I like the desert best for urbex. Because of all the vast, uninhabited territory out here, stuff is just left to rot more often and because of the climate, stuff stays preserved longer. Also, something about the West attracts the crazies so you tend to find really weird stuff out here.”

Urbex can take you on some backroads, so be prepared with good paper maps.

Because the desert can be a challenging place to explore, Wonderhussy recommends bringing plenty of water and tools such as shovels or emergency traction in case your vehicle or rig gets stuck in sand or mud.

She also recommends going with another person in a separate vehicle, be mindful of the road you are on, and make sure you have a way to turn around and get out if necessary. She has some additional tips for safe and sensible urban exploration:

Along with these safety precautions, Wonderhussy recommends that you head out on urbex adventures with a sense of adventure and a curious mind. She also recommends a set of brass balls. “Those last ones are the hardest to come by. I don’t think they sell them at REI.”