Skip to content
Table of Contents show
The Austin band Bad Marmot uses a vintage Avion trailer as a tour bus and recording studio.
The original interior needed updating, but owner Aaron LaCombe was up to the task, having completed other vintage RV projects in the past.
The Avion’s interior was updated with chic modern touches that give it a rock and roll vibe, including new flooring, cushions, paint, and under counter lighting.
The original twin beds and dinette were saved, to create extra sleeping space for the band.
Many tracks on their latest album were recorded in the Avion – the shape of the trailer makes for great sounding acoustics!
The band traveled in comfort, even bringing along their “tour manager” Bill the poodle.
Share this post:

When Austin musician Aaron LaCombe and his band Bad Marmot decided to go on tour, it was an easy decision to turn his vintage Avion into the band’s tour bus. 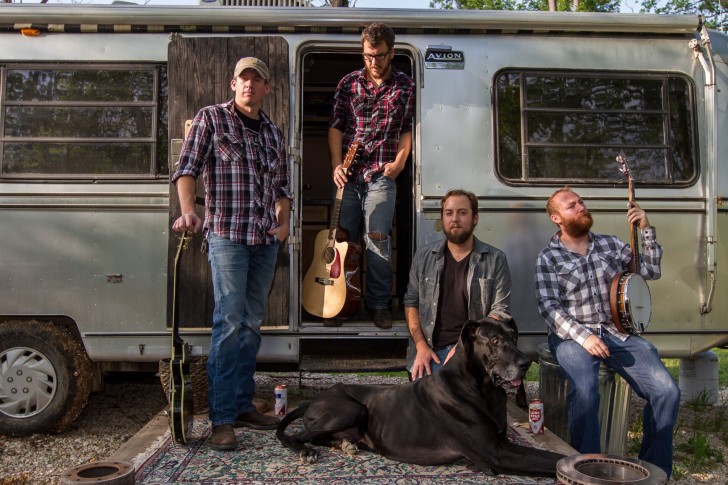 Originally Aaron wanted to purchase an Airstream, but vintage Airstreams are so popular in the Austin area they are hard to come by, and if you can find one the prices are higher than in other regions.

He first saw an Avion trailer on the side of the road and thought it might work just as well for his needs. The original one he saw was in bad shape, so he kept an eye on craigslist until he found this 1984 Avion La Grande in good condition, at a fair price.

The original interior needed updating, but owner Aaron LaCombe was up to the task, having completed other vintage RV projects in the past. 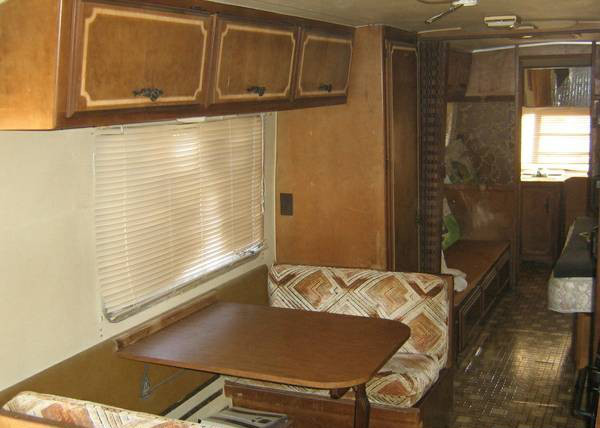 This Avion isn’t Aaron’s first RV, his first purchase was a brand new 16 foot Airstream in 2009, followed by a 1973 Airstream Land Yacht project which he fully gutted and restored.

He has always had a love for vintage RVs, so restoring them became a hobby and a passion.

When the band decided to hit the road, his passions collided, and they decided to take his Avion along for the ride.

The Avion’s interior was updated with chic modern touches that give it a rock and roll vibe, including new flooring, cushions, paint, and under counter lighting. 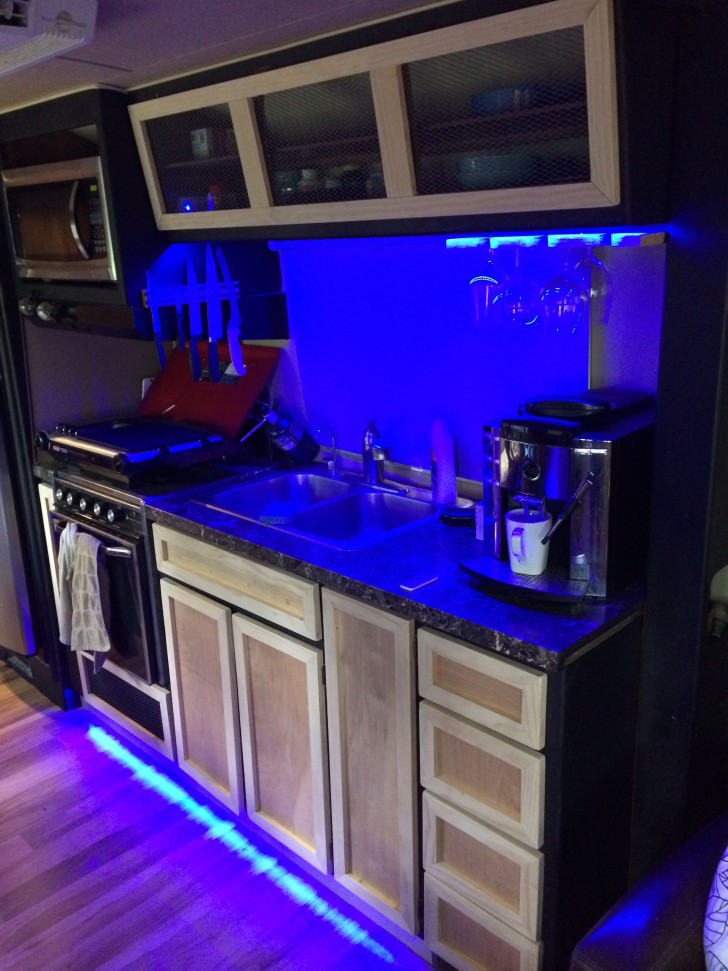 This particular Avion is also Aaron’s full time residence, so he had to make some compromises to make it both his home, and a practical space to be used by the band.

Instead of installing a large bed in the back, he kept the existing smaller twin beds. He also wanted to remove the original dinette to bring in a more modern table, but kept it so the dinette area could serve as an additional sleeping space.

The original twin beds and dinette were saved, to create extra sleeping space for the band. 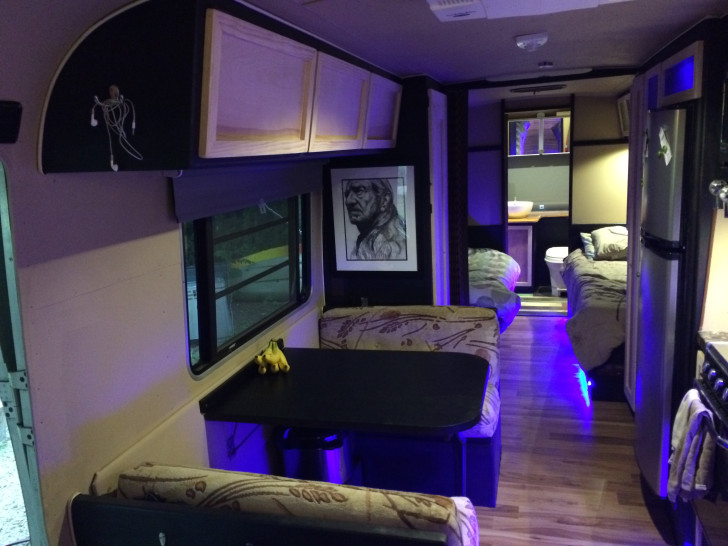 He also added some custom rock and roll touches, such as installing a digital piano that is mounted to the front shelf unit.

The piano is hardwired into the stereo system, so it can be used for practicing and writing when the band has downtime between shows.

He also kept the flexible floor plan up front, so there is room to set up drums or other musical equipment. The Avion worked out even better than Aaron originally hoped. He explained,

We ended up recording most of our album in that space, and it has a great sound to it. There’s a lot of natural wood in that rig that contributes to the acoustics. The shape doesn’t hurt either.

Many tracks on their latest album were recorded in the Avion – the shape of the trailer makes for great sounding acoustics! 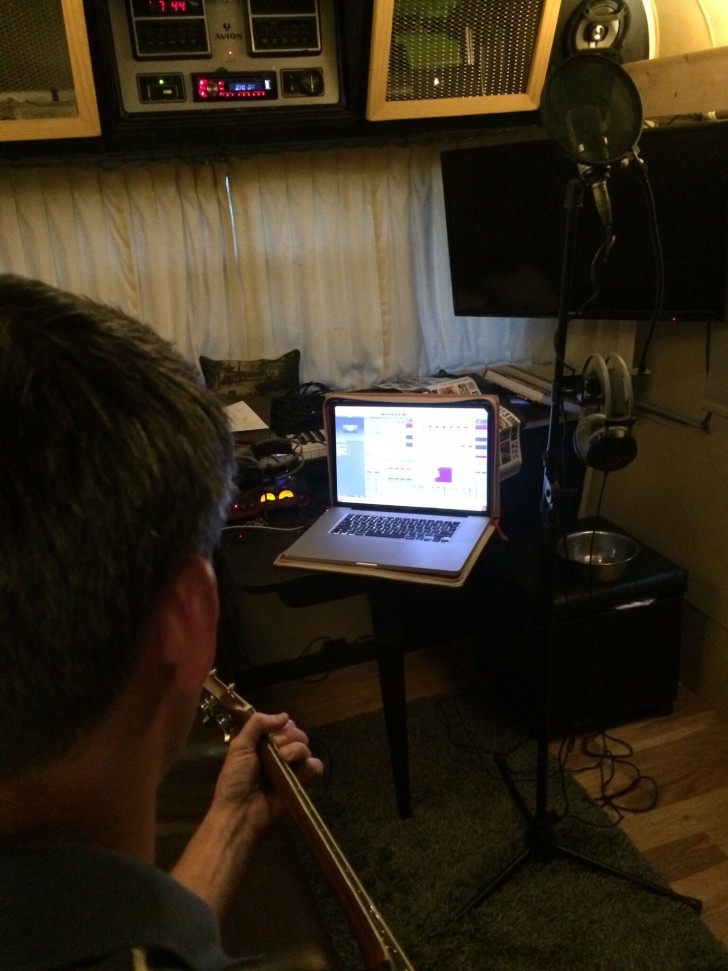 Having the Avion along as their tour bus made their last tour more enjoyable than it would have been otherwise. The band performed 10 shows in 12 days, traveling through several different states with all of their equipment, and even their “tour manager,” a poodle named Bill!

I think the four of us would all agree that we wouldn’t want to tour without the Avion. We’ve all been in other touring bands, and done the “sleeping in the van” thing. There’s just something about coming back to a familiar bed each night after the show. We’d get up in the morning, cook breakfast, have some coffee and make a plan for the day before we hit the road.

The band traveled in comfort, even bringing along their “tour manager” Bill the poodle. 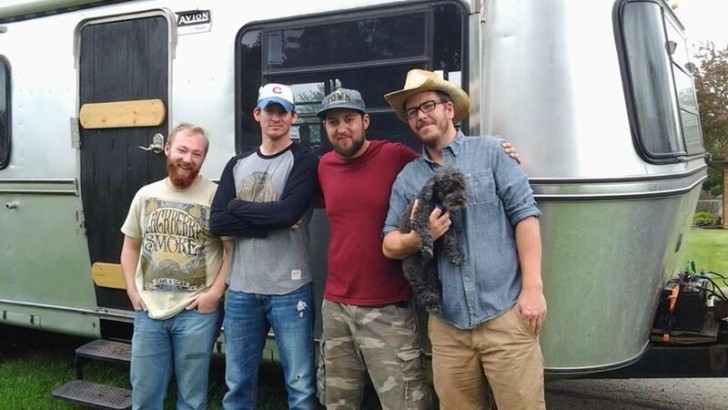 Bad Marmot is a four-piece band based in Austin, Texas, with influences in Southern and Classic Rock and Americana.