Awesome news, Volkswagen fans. They just unveiled this campervan concept at the 2017 Detroit RV show, and it has to be one of the coolest designs we’ve seen in awhile. 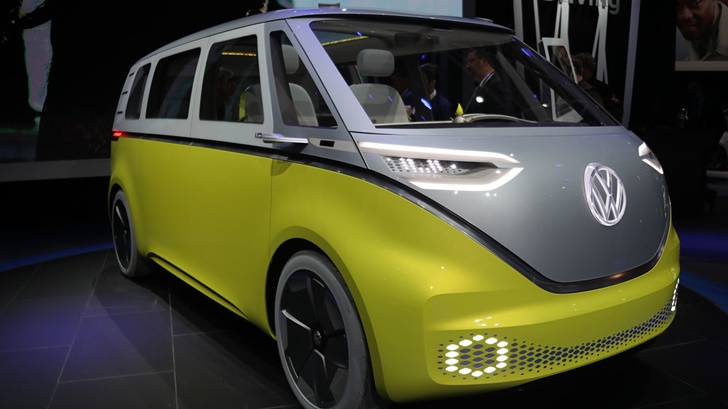 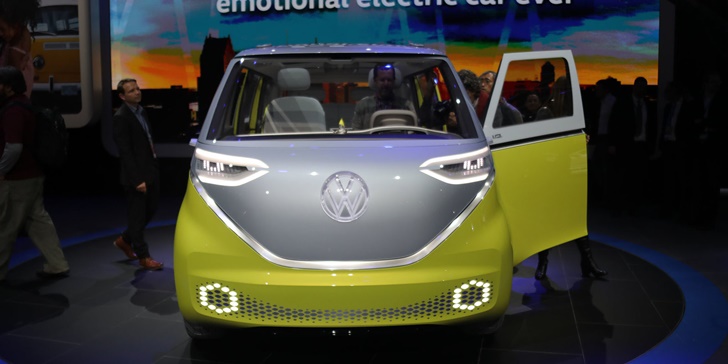 According to VW, it will be the world’s first electric multipurpose vehicle with a fully autonomous driving mode. The steering wheel isn’t even a wheel at all – it’s just a touch pad, which can retract back into the dash when it’s not needed. 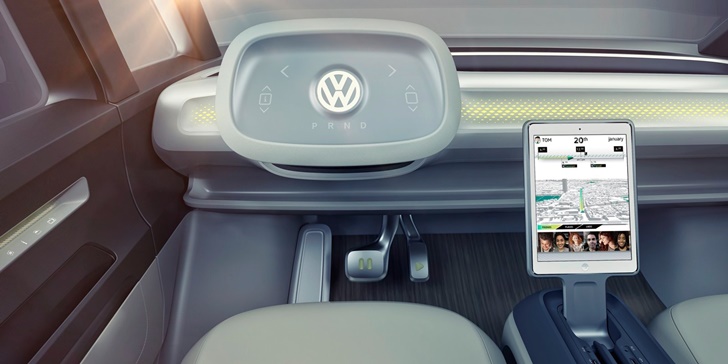 Inspired by the classic VW Type 2 Microbus, I.D. Buzz features a seating layout that can fit up to eight people. The van’s battery-powered, and equipped with two compartments for storage – one in the front and one in back. It also has a two-part panoramic roof, and the seating arrangements are flexible.

The seating system is flexibly designed to be like the living space at home or a lounge area. This versatility is based on a seat rail system that is integrated in the flat floor and on adjustable and folding seats. The seatbacks of the individual second row seats can be folded to form tables. At stops, the third row can be made into a bed, enabling the I.D. BUZZ to be used for overnight voyages. 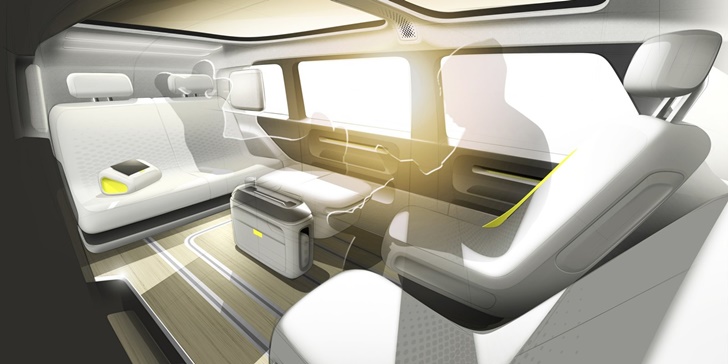 It has front wheel drive, but can operate in rear wheel drive too. The van gets about 369 hp, and can reach 0-60mph in about five seconds – but like most VW vans, it’s still not meant for going fast – only reaching a top speed of 99mph. 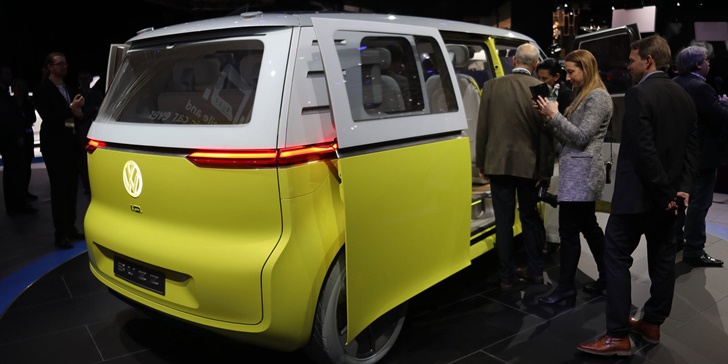 Unfortunately they aren’t for sale just yet. But the concept should be coming to the market within the foreseeable future. VW’s CEO said the I.D. sub-brand should officially launch by the early 2020s, along with several other options for buyers. 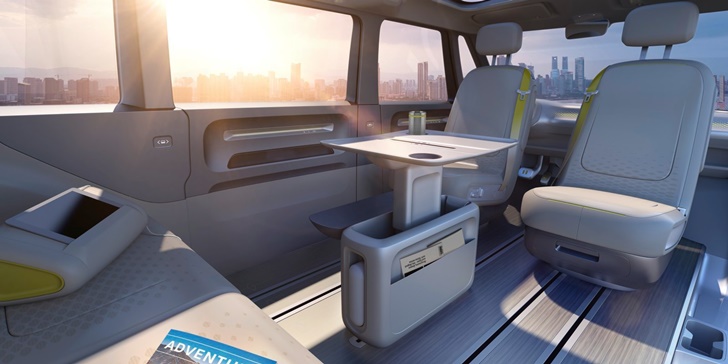 They hope one day the vehicles will even be able to park themselves in a multi-level parking garage. 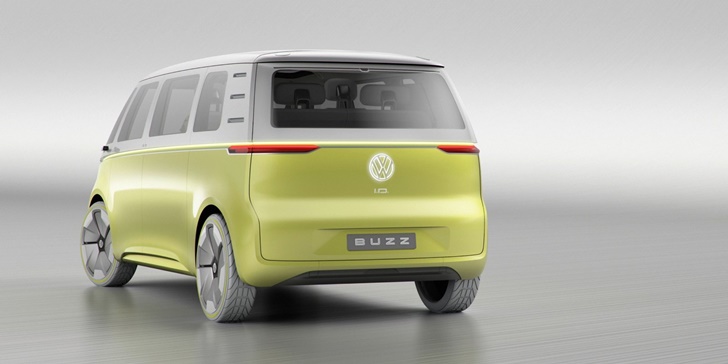 For a closer look, check out this video from the 2017 Detroit Auto Show:

These look so awesome! Do you like this new concept from Volkswagen? Let us know your thoughts below.

If you liked this post, you may also enjoy checking out this Hovering VW Concept.